Photo of my hand from Saturday.

I feel so disappointed of me that I still fuck it up but I try and never stop because beautiful things take time and my time will come again I feel it. I hope you are doing better you deserve it.✨ have a great day/night☀️🌙 stay strong 🌺

Hello there anon! I am happy to fill this prompt. Apparently all I’m doing is hurt/comfort though…

Senza - Lost Without (read on AO3)

That was the first thing Geralt felt as he watched Jaskier’s body fall. Blind, freezing panic. It cascaded down his spine like ice water and held him rooted to the spot, unable to move.

The second thing he felt was anger. Because of course the bard had followed him. Why had he expected anything less? The contract had seemed simple - clear the crumbling keep of the wraiths that had made it a home and had been luring out unwary travelers.

No one had said anything about the ekimmara.

He’d just made it to the top of the tower, corpses scattered below him, the last of the sunlight glittering off the copper feathers of the remaining harpies, when he heard the scream. It was a very familiar scream. As his blade sliced through the body of the last of the creatures, he turned with mounting horror to see Jaskier gripped in the talons of two more harpies as they rose in the sky above him. The bard was struggling, fear written clear on his face, the dark material of his doublet staining even darker as blood welled from the puncture wounds in his shoulders.

Geralt twisted his fingers into the sign for Aard. His intent was on forcing them back down to the relative safety of the flat surface of the stones of the tower. However, the wall of force spun the creatures instead, forcing one of them to let go of the bard and the other to sweep backwards. Back beyond the edge of the tower walls. Back out over the drop.

Jaskier hung from the harpy’s talons for a moment, suspended in the open air before his weight became too much for the single creature to bear. It let go. His body fell.

Quickly Geralt dispatched the harpies as they dive bombed him, screeching loudly. The sound hardly registered over the blood pounding in his ears. As soon as their bodies hit the stones of the keep he was rushing to the edge, dreading what he might see.

He felt his heart squeeze painfully in his chest as he spotted Jaskier’s body caught in the branches of a tree far below him. His boots beat in time with his thoughts - no, no, no, no, no - as he raced back down the stairs of the castle and out into the open courtyard. He was up the tree, cradling Jaskier’s unconscious form against his before his mind caught up with him.

Unconscious. He was still breathing. Blood was still seeping sluggishly from the wounds on his shoulders and a new gash on the back of his head. Gently, carefully, he managed to get Jaskier back down to the ground. He stuffed his cloak under the bard’s head before running to fetch his pack, keeping focused on thoughts of help and cleaning wounds lest he start to dwell on the opening hole in his own chest.

As he gently removed the ruined doublet and peeled back the blood-soaked shirt to start treating the deep puncture wounds in Jaskier’s shoulders, only years of training allowed him to compartmentalize his thoughts. To shut off those unwanted feelings.

But they bubbled up later, as late afternoon bled into evening and then full night and Jaskier still didn’t stir. His breathing remained the same, steady and deep, but he didn’t wake and the helpless, scared, lost feelings returned.

Please don’t go. I’d be lost without you. The shock of putting it into words - even inside his own head - made his breath catch. That this person, this human, could evoke such intensity of thought, of feelings, was a revelation.

He didn’t know what to do. He said the words out loud. They tasted bittersweet on his tongue.

It wasn’t until the first rays of sunlight turned the sky a dusky rose that Jaskier finally began to wake. Groggy and uncoordinated, Geralt helped him to sit up and held him as he drank from the waterskin. He didn’t let him go once he’d finished and Jaskier looked at him with a soft smile. Like he knew what was going on inside Geralt’s head. Like he’d heard the words Geralt had whispered to the dark.

I’d be lost without you.

#the witcher, #fan fic, #geralt, #jaskier, #hurt/comfort, #blood, #head injury, #lost, #this was a tough one for me, #i wrote two other things before settling on this, #i hope you like it, #Anonymous
1 notes · See All
ehty00Text

i crave to be your number one

and it makes me sick

how can I make you love me

when you’re not even close?

Everything I’ve ever gained, I’ve lost…

To be in love is a terrifying and painful shit show. It’s even worse when they die.

Sawyer: I think Juliet is secretly poisoning me.

Sawyer: Whenever I see her, my heart rate picks up and I start to sweat.

Kate: *sighs* She’s not poisoning you, that means you like her.

Sawyer: Son of a- 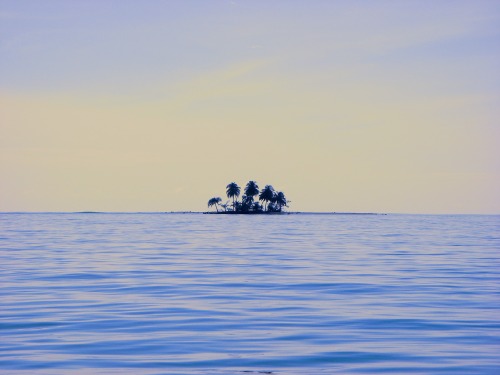 These #flags represent so many things to different #people.
It is the #core #foundation as to what our #country #usa was founded for. The #pursuitofhappiness , #life and #liberty

I personally have #fought, #cried and #bled for it. I have buried #family under it.
I will #forever #cherish it
For those that have #lost will never be #forgotten

#wethepeople need to #sitback and remind ourselves how important this flag is to us. We need to #protect it’s value and meaning.

Many of us #veterans have been out of work, down on our luck, and are struggling to make it to another day.

These will be in our website in the promotion section of our store.

Let’s try and make it a little bit easier for those that have #sacrifice so much for our #freedom (at Inner Motive Customs, LLC)
https://www.instagram.com/p/CIAyAcHgmWQ/?igshid=1t2iibws5pwa9

Old Mumford is the best Mumford but wow this got me today.

On my list of places to go back to, especially in the early summer. Truly feels like you’re in the middle of nowhere. Craving it. you’ll be back, i know it

i hope in a different life i’m with you