How come when there are SO many well-written yaoi manga out there, the ones that get green-lit for anime always gotta be weird as fuck? Like no I don’t want anymore underage children yaoi and no I’ve never wanted to see hagrid fuck a high schooler. 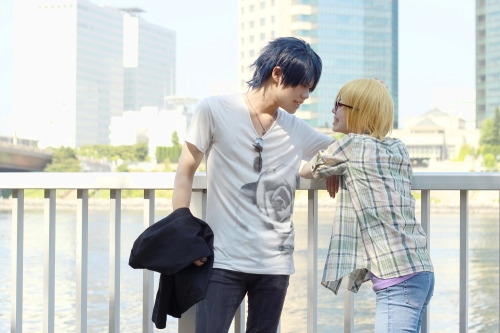 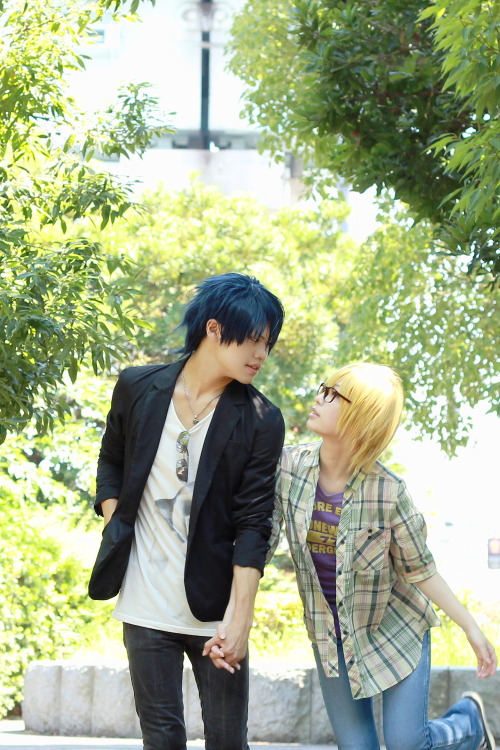 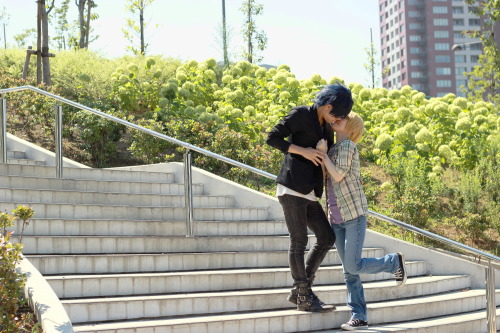 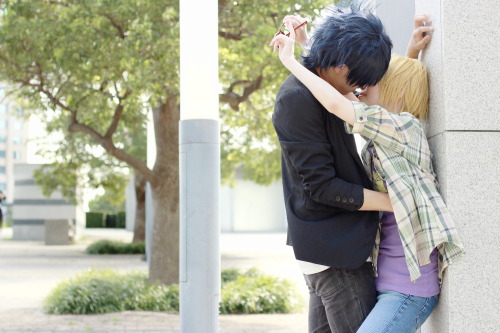 Hora, Mimi ga Mieteru yo! / Your Ears are Showing!

someone commented on something i posted 5 years ago

every so often the love stage fandom finds me again

I think the main couple is kind of toxic ngl. The older brother and the manager though… They’re definitely sleeping together or smth. I saw that they’re more canon in the manga, but there were some obvious hinting at it in the last episode

come watch the love stage!! dub, we have:

what more could you POSSIBLY WANT

#yeah guys it has 3 haikyuu characters you are now obligated to watch it, #love stage, #haikyuu dub
23 notes · See All
girlwithshipsText

The ideas that Love Stage gave me.

I’m gonna F some S up and make a complete wreck with this with my own characters while following the main plot of the commercial and celebrities and sh*t.

So, no, when I make it, I WILL NOT claim anything except for the characters as my own. The main story points and plot? I won’t claim to be my own. The main stuff, the GOOD STUFF, is all due to the creators of Love Stage. Read the manga. Or watch the anime!

(When I say I’ll claim the characters, I mean that I’m making my own characters that will still fit decently into the roles. Like the main character won’t want to be a manga artist, but they will want to be a well known author under a fake name. The main character will also have an older sister to go along with the older brother. Aaaamd there’ll be a bit of supernatural here and there….and there. And there. Some here, to. And over there and over there.)

Love Stage: This girl that the guy loves is just a very girly looking guy and they have to struggle with their sexuality as they both go from ‘I love girls’ to 'guys aren’t so bad, I guess I love this dude anyway’.

Imagines a freaky version of it where the girly looking guy was actually a girl when he was little, but was trying to master shape shifting powers and got stuck looking as a guy for years and as soon as both of them are like 'eh, we guess we love dudes’ and after the guy that loves him finally accepts that he’s just a guy-

He starts to practice shape shifting again and manages to shape shift back to his birth gender, but decides that_they_like having the ability to be seen as male or female, so they go around shape shifting into whatever gender they want, whenever they want to-

And the dude that fell for him and struggled with realizing the 'guy’ he had a crush on for 10 years was actually a female when he fell in love with them and then he accepted that he was a male but now he’s confused on what is going on and is slowly starting to accept that he’s in love with and dating someone who’s like 'b*tch, I’m BOTH and it’s gonna stay that way, I refuse to choose one!’

But now I can’t get that weird idea out of my head. I think it would be awesome.

I’m sure it’s been done before somewhere, I’ll just have to search for a story like that.

#love stage, #manga, #read most of the manga, #cant find the rest, #havent watched the anime, #weird ideas, #but i think its a cool idea
3 notes · See All
kenshi-postingText

I MEAN LOOK AT HIM

rei sagara is so underrated i want to die

The same guy in different fonts…

Kousuke, Ryosuke and Ryouma (they all have similar names?!😨 Ryosuke is like the ship name of Kousuke and Ryouma if you take the “Ryo” from Ryouma and “suke” from Kousuke! WHAAAAT,I JUST REALIZED THAT!!) YALL! LOVE STAGE got a live action treatment! The movie was released on June 5th! I can’t wait to watch this!!!

UH CHAPTER 6 OF BACK STAGE JUST ENDING LIKE THAT??? THE FUCK???

i cant believe shougo fell in love with rei first

pls for the love of god rei sleep more