Maybe next time i draw again design them is my fav 👄

anyway we see all the e-girls w their hair dyed right. don’t forget who did it first

#i said what i said, #legends of tomorrow, #kendra saunders, #lovebirds, #idk any other ships w her in it, #hawkgirl, #egirl
5 notes · See All
trilobiterPhoto

A little behind schedule, but Bonnie and Sherbert finally got to have watermelon and cookies together outside! Happy birbday picnic! 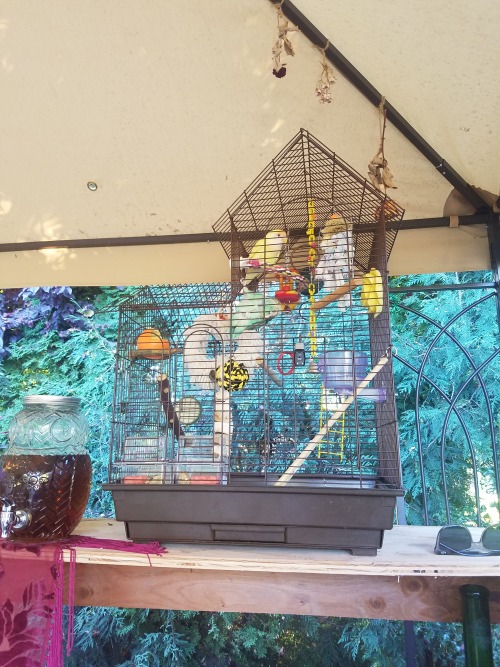 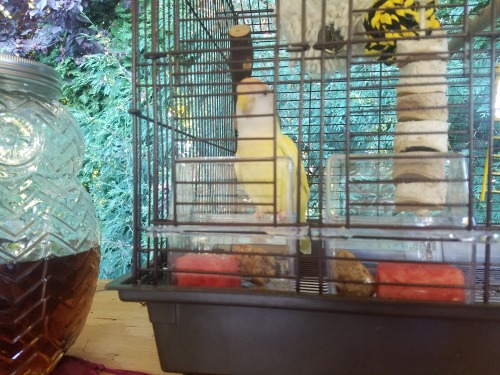 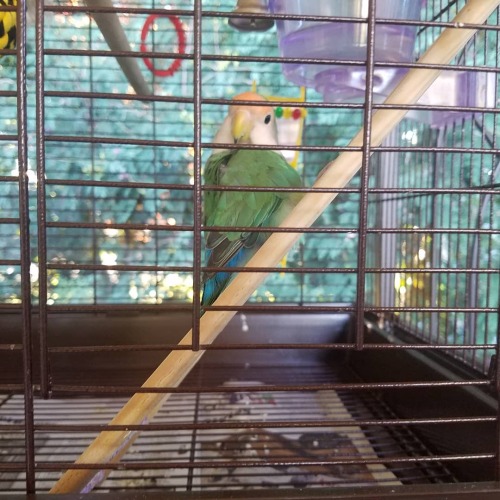 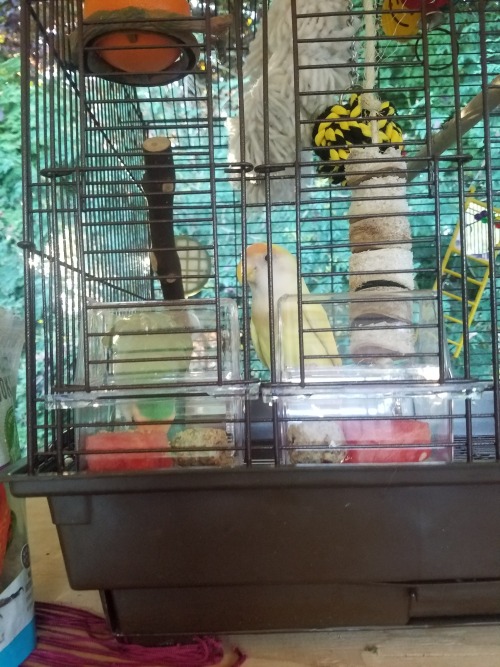 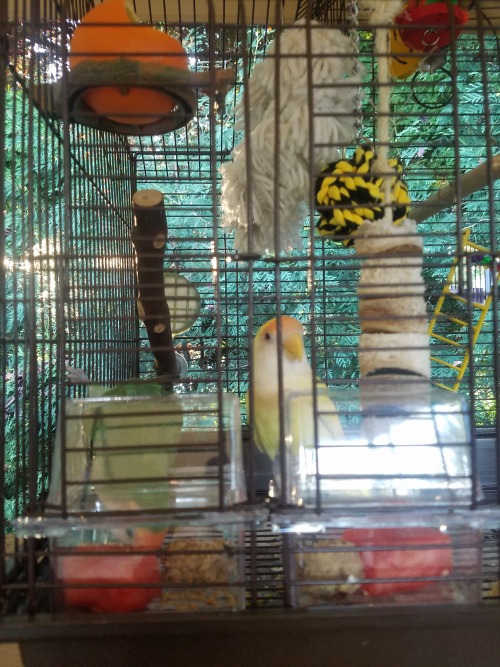 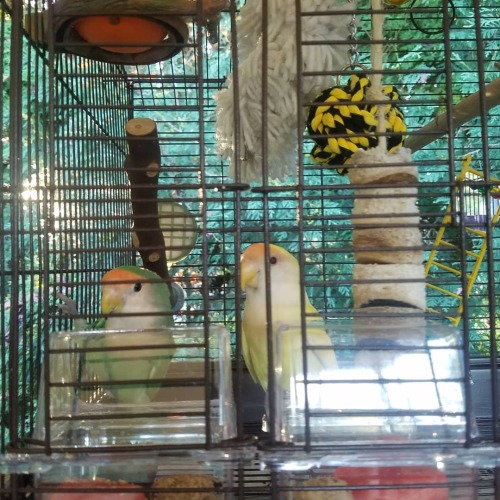 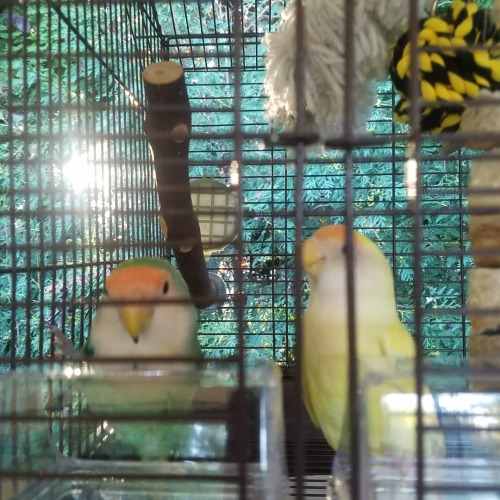 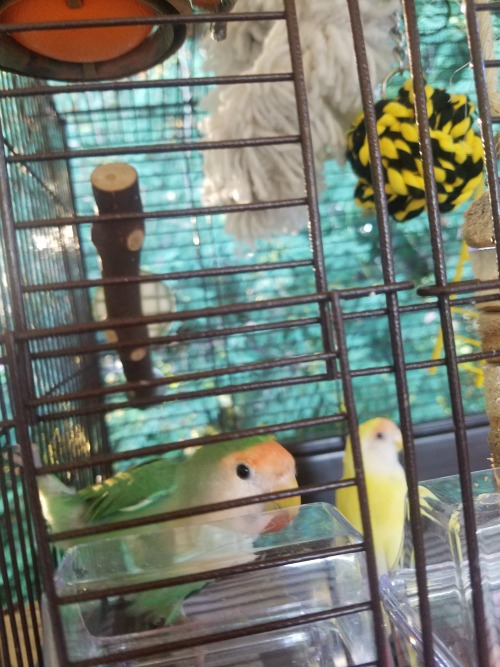 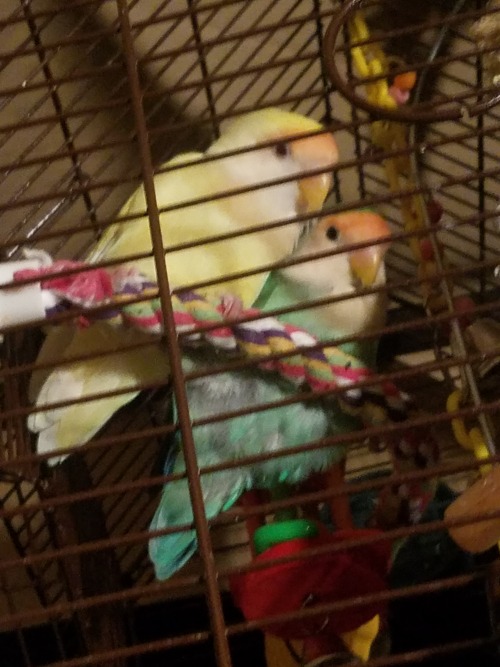 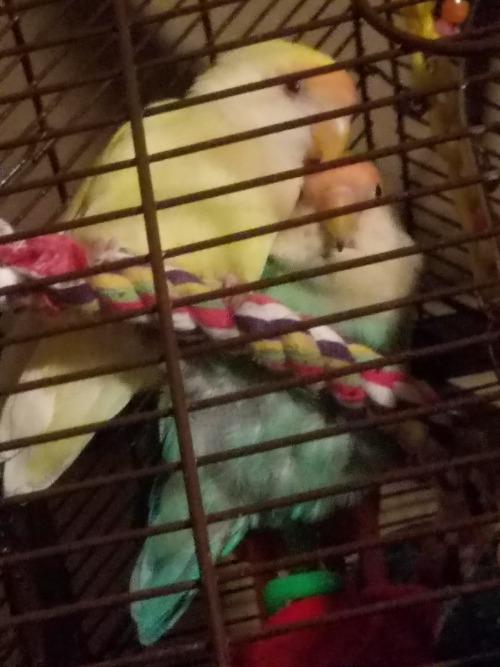 Azrael: They… must be proud of themselves.

Iago: I would literally swallow a jean jacket and put my left titty in a panini press than ever have feelings for anyone. THAT SHIT SUCKS!

This was funnier in my head

And yes, I’d curse in that universe—edgelord😔✨

Me before ggweek2020 : Did you gonna do a brioweek too?

i drew some owls before bed 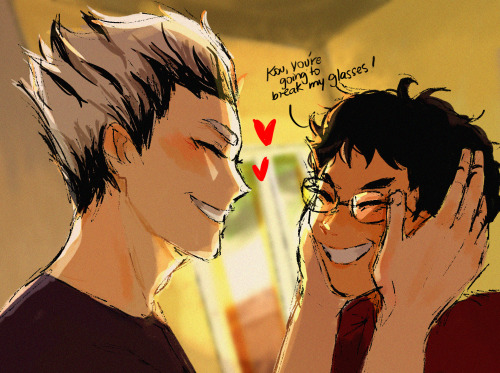 When it’s midnight in your country so you can’t really scream because of all amazing content of day 4 of ggweek2020..damn the timezone!!!

On the brink of breaking up, a couple gets unintentionally embroiled in a bizarre murder mystery. Also at some point, Issa Rae rocks a Unicorn Onsie. Iconic.

This film had its moments, I laughed out loud, I said ‘awee’ out loud, but it’s definitely one of those that’s a good one time watch.

Are you thinking what I’m thinking B1? 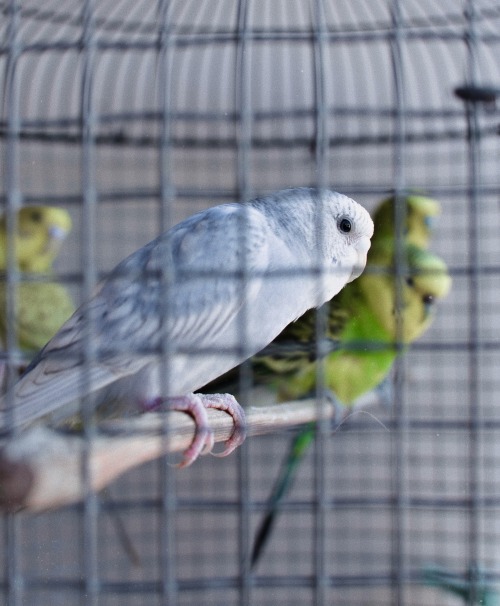 Finished doing up a new play stand for the lovies! Lots of leaves and sea grass mats…their favourite things to destroy 🤪

#And drag their trash around, #Smidgenbibi, #Lovebirds
20 notes · See All
daniellaux429Photo

Drawgust 1 - Human Kiwi & his Goth Girlfriend by me!

I have decided once again to do the Drawgust drawing challenge once again! Like last year, I’ll be doing a drawing every day for the month of August, & I hope you guys like what you’ll see!

For my first drawing, I was inspired by an adorable story that went viral on the internet. There’s this lovebird named Kiwi who was given a mate named Siouxsie when his owner noticed he was getting very lonely. As you can imagine, they both fell in love instantly! What was especially interesting is that their colors were so opposite - Kiwi was bright & colorful, while Siouxsie was darker & more subdued. Because of this, she got the nickname “Goth Girlfriend”. As time went on, they would later go on to have chicks together, & the internet went wild! So, I decided to do something I see a lot of people do on the internet, & turn these beloved animals into humans!

So, here we see human versions of Kiwi & Siouxsie, as they walk along the sidewalk. They are also encountering the actual lovebirds they’re based off of, sitting on a nearby branch. Naturally, human Kiwi is dressed in a bright & goofy looking outfit, while human Siouxsie is dressed in the goth style.

If you’d like to learn more about their story, you can read about it here.

Anyway, I hope you guys enjoy this, & there will be more Drawgust drawings to come! 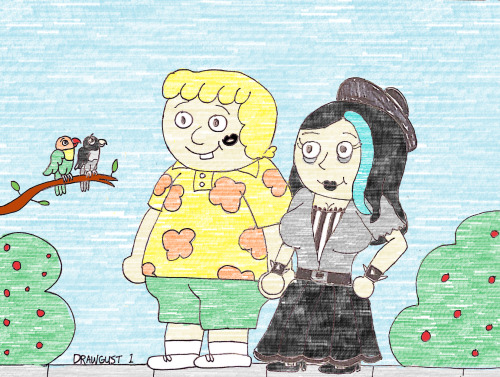