So after being gone for 2 years safe to say my dash needs a bit of an upgrade.  Please like and/or reblog this if you post any of the following and I’ll check you out

#they’re literally teens and they’re tasked to fucking save the world what the fuccckkkk, #shut up kellington, #loz, #botw
1 notes · See All
deltasylvaniaText

#SHE STRAIGHT UP ADOPTED ZELDA HUH???, #also ruji is soooo cute!!!!! that helmet is too big for her but she’s babey, #shut up kellington, #loz, #botw
1 notes · See All
heisixAnswer

Yeah the random blush was weird, what I hated was how repetitive it was-link jumps in front of Zelda he uses his shield to block something about 4 separate time and it’s all the same

Some more Age of Calamity thoughts (non spoiler) Oh man. 4 more hours and a couple more battles down and the cut scenes, guys, this game is like awesome storywise. Like I love breath of the wild, but this game gives you so much more like story content and like I am loving it, and also crying, like real tears. Did not expect to enjoy this game so much but it is so worth it and its fun to just smash through a bunch of enemies and the fighting is like a lot of fun, like compared to the limited ways you can fight in BOTW, its like really fun. And I love BOTW. Also (spoilerish) but I’m pretty sure this is an alternate time line situation since the memories from BOTW don’t really match up, and also there’s a certain eggo that wasn’t in the memories too lol. But yeah, taking another breather from playing because the last bit I played made me real emotional if you’re playing too you probably have an idea what part I’m at lol.

Ganondorf always being born to the gerudo has so much potential to be more than…racist… and I wish nintendo would capitalize on that. I mean, Urbosa specifically mentions “taking it personally.” I’d like to see that explored more

#but could we trust them to handle it with care? who knows, #loz
5 notes · See All
galaxycatnoirText

Omg trying to put a timeline on the events before Breath of the Wild is insane. I was hoping Age of Calamity would help fill in the blanks, and it has some, but it’s still a bit convoluted, especially when all you have for the events before the memories are diaries with only a few entries and no actual date of events.

The journals of the champions have been the most useful, but the big question is when Link gets the sword. Thanks to Age of Calamity, we know that Link had no knowledge that he was chosen by the sword until they went into the Korok Forest. So, it’s safe to assume that he probably helped escort Zelda through the Lost Woods as either her appointed knight or as part of her personal guard. The latter is more unlikely given the journal entries. Because according to all the journals of the champions and Zelda’s own writings, this is the timeline I’ve unraveled so far and is mostly all headcanons that hopefully are true. If any of this is explained in a different canon material, such as a companion book, please let me know! I would love definitive answers!

#listen i haven’t bought the game yet but from what i’ve heard that’s basically what it is, #i still don’t know if i wanna actually buy the game, #on one hand the story sounds kinda eh but tbh that’s just cuz of false advertising, #if they properly advertised it i’d probably already own the game lol, #on the other hand baby egg, #that’s it, #just baby egg i love him so much, #and link apparently eats rocks?? and u can play as hestu and the motorcycle monk?? idk all i know about the game so far is from memes, #also yeah i get that a different company made the game but i think they worked on it together, #legend of zelda, #botw, #breath of the wild, #loz, #age of calamity, #hyrule warriors, #hyrule warriors age of calamity, #aoc, #hwaoc
15 notes · See All
breath-of-the-wild-promptsText

Breath of the Wild, except Mipha says something other than “It was my pleasure” if Link dies more than four times in a row from the same thing.

If it’s against a monster she’ll provide a hint to fight against them, but if it’s just for random things then she’ll try to dissuade him from doing it again.

“Perhaps there is a better use of your sheild rather than riding it?”

“Link, maybe that horse doesn’t wish to be tamed.”

“How about we leave and come back when you’re able to handle the weather better?”

#writing prompt, #breath of the wild, #botw, #legend of zelda, #loz, #botw mipha, #miphas grace, #she can only take so much stupidity before she tries to stop it from happening again
10 notes · See All
cloudcreatesPhoto

feeling out zelda and impas senses of style :> 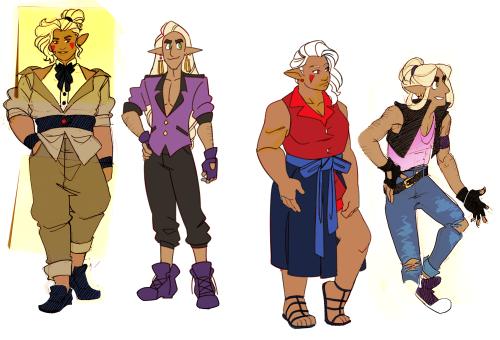 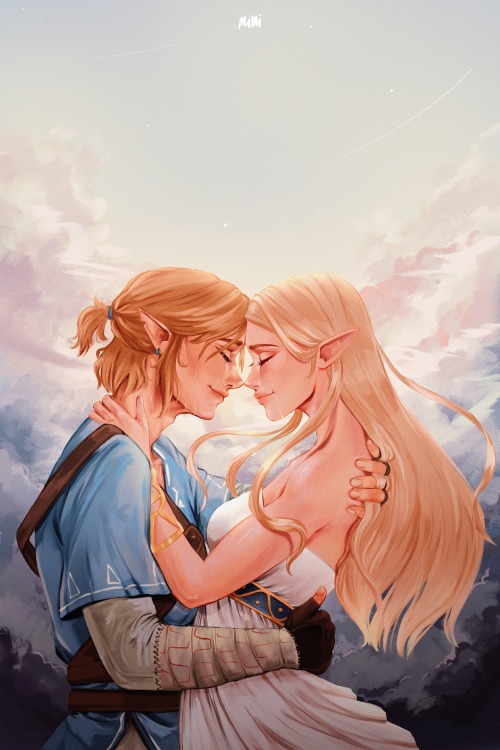 Red: A good romance starts with a good friendship!