“When Will My Life Begin?”

Summary: Tangled AU. Clover Callows has been confined to a tower for all of his life, and given the threat that his Uncle Tyrian says his semblance poses to his safety, he accepts that fate. It’s the only life he’s ever known, after all. But when he’s offered the opportunity to fulfill his greatest dream after a chance encounter with a thief – or bandit, as Qrow Branwen insists there’s a difference between the two – both Clover and Qrow will discover joys that they never knew life could offer them before.

A/N: Hi! I don’t really have a lot to say about this chapter apart from it’s my first time making a chapter that wasn’t really a part of the movie, so that should be fun! Enjoy!

Also, I’m hosting an AMA on the Fair Game Effect Discord all day today as well as tonight (5/31/2020)! Hit me up with questions there!

However, as Clover started untying his reluctant, but all the same willing guide, he started to feel it just a little.

It took all Clover had in him to ignore soaking in and embracing what breathlessness really felt like in the same way he did with his blankets and pillows on a cold winter’s night.

Still he did ignore the temptation – there were still things to do before leaving the tower – but he was fine with that. After all, Clover knew there would be more to come of the feeling very soon, and he couldn’t wait to give it all the attention it deserved.

Clover had to hand it to himself – his weapon-making skills weren’t pretty, but where they failed aesthetically, they more than made up for it in their top notch utility. He’d never had a real chance before to utilize Kingfisher’s line in such a way as it had over the past few hours, but when push came to shove, the fishing rod accomplished its many tasks marvelously, and given the way Qrow didn’t massage his wrist and ankles when he was finally freed of the line, it did its job while also making sure Qrow was never in pain while confined in its line.

No matter what would come to pass on this journey, there had to be something to be said for that.

He REALLY shouldn’t have gotten those Lucky Charms…..

Hurray! Thank God I got my computer fixed and was able to access my precious Photoshop again! So I was able to do another big piece. I had this image floating in my head for a while and thought it’d be a cool project to tackle. Especially utilizing the random oat bits as runes. I think it came out lovely! 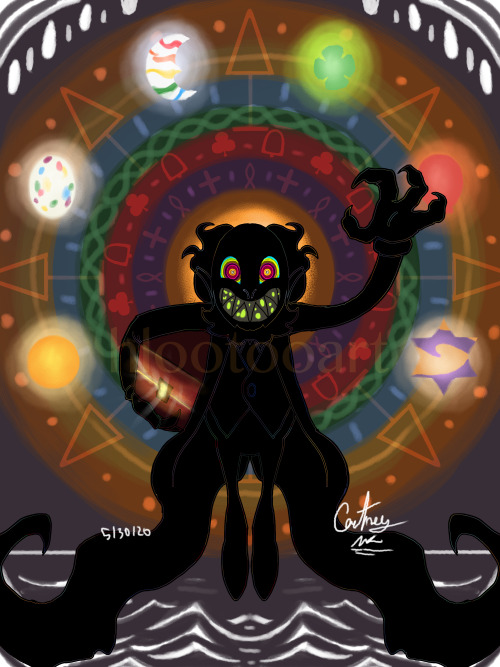 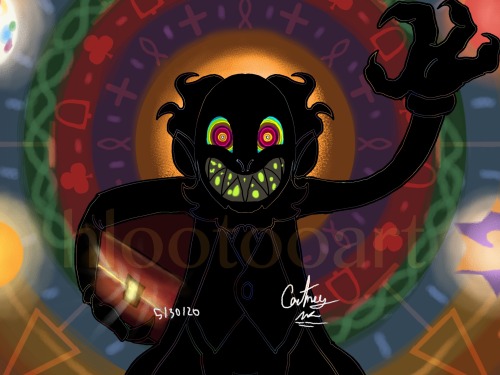 long days of work call for smoothies and lucky charms :)

#not mlb, #not ml, #work, #work boss, #badass businesswoman, #charm, #jade, #lucky charms, #yes that is a bok choy on my charm
0 notes · See All
thirtytwoelvismoviesText

Summary: Dean reflects your shared past.

A/N: Loosely inspired by 1x18 – Something wicked; Words in bolt are not mine. Those are from the episode.

Walking hand in hand with Dean toward the reception you wonder why a young boy offers you a cracked smile.

“Hey, uh-bud. We need a room for two and a single one.” Dean gives the boy one of your new fake credit cards and the young boy takes it reluctantly.

“That makes 74 bucks for the double and 40 for the single.” The boy mutters hearing his younger brother call for him. “I’ll be there in a minute, Jamie. I have to take care of the clients too.”

Dean’s eyes drift toward the younger boy who pouts and whines for his elder brother. His brotherly instinct kicks in and he looks over his shoulder at Sam who walks into the motel, a smile on his face as he found the book he was looking for.

“Did we get two rooms?” Not answering Dean looks back at the boy at the reception who hands the credit card to you. He’s looking over his shoulder, excusing himself to pour his brother a glass of orange juice.

“Like you did for me.” Sam looks at his elder brother, a soft smile on his lips. Wasn’t easy for you, just like for that boy.”

“Duty as the elder brother, I know Dean but…” Sam squeezes Dean’s shoulder. “You did more than that, you know it. You were just a kid and had to be my mother and father. It’s not fair, never was.”

So anyway, Lucky the Leprechaun is the most powerful god in the cereal pantheon. He can oneshot Thanos and belongs in Smash.

Every single one of those charms is a different power. EVERY. SINGLE. ONE.

I deeply underestimated how powerful this little Irish creature was. Even without the charms he is a foe to be reckoned with. He’s the only other I consider on par with Popeye. Lucky can alter the night and day, cause uncontrollable dancing, create magical hands, transmutate items to the extreme, turn a cave into ice, change whatever he wants into marshmallows, broke the moon, and many other things. The only reason why he doesn’t outright murder those kids like any member of the ‘Good Folk’, is because of his passive nature. He doesn’t seek to do evil, but should he do so we are all truly f*****. Even the fey would fear him.

And want to know what’s frightening?….

That’s not all of them.

A person posted their findings on him and his feats here: 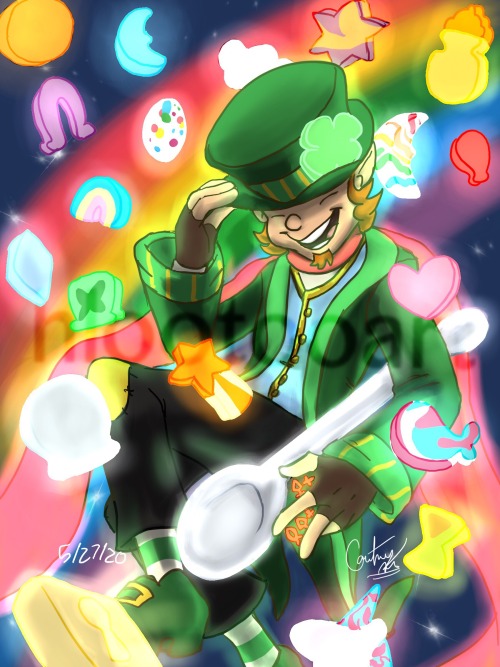 #hlootooart, #lucky charms, #lucky the leprechaun, #my art, #i blame charley from batim for this, #he and lucky are rivals, #repost
1 notes · See All
noodle--nerdText

Great thing to walk into the Fair Game tag on Tumblr only to find people arguing that Clover’s death wasn’t Bury Your Gays/Baiting.

I’ll be honest with you all. I was that weirdo who hated the marshmallows in Lucky Charms.

#alabaster rambles, #cereal, #breakfast, #lucky charms, #lucky charms marshmallows, #theyre so gross, #and my sister is eating them, #and theyre so fucking disgusting, #there’s enough sugar on the cereal why do you need more
5 notes · See All
nonotimetoulousePhoto 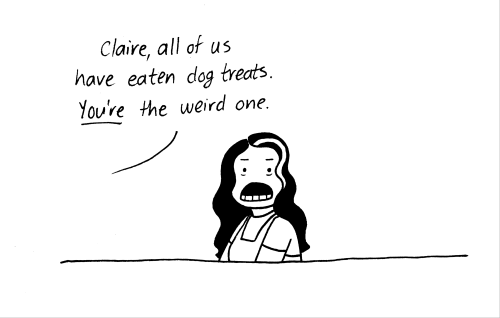 You have found the dragonfly of luck. 💎🤑😍🤩

Share it so you will always have luck in your life. 💚🖤

Ignore it and you will lose the most precious thing in your life.

Qrow: please just get rid of that awful bird

Clover: you’re not that bad

Qrow: I MEANT THE FUCKING COCKATOO YOU DICKHEAD!

Clover: you’re not supposed to swear in front of Jupiter, we can’t corrupt this adorable little bird

Qrow: that’s not a bird, that thing is a murder marshmallow that screams at 2:54am on the dot every single morning! Do you not see the hatred in its beady little eyes whenever it makes eye contact with me as it eats its stupid almonds? That asshole was sent by Salem herself to murder us while we sleep!

I had a mighty need to turn Lucky, the Lucky Charms cereal mascot, into an evil leprechaun bc everything’s better with a bit of evil.

#lucky charms, #digital art, #digital drawing, #artists on tumblr, #lucky charms cereal, #still dont know how to tag, #i dont know what exactly possesed me to do this, #but when Inspiration srikes, #wait a week to act on it and make smthin you didnt plan on in the first place 👉👉, #im actually kinda proud of this??, #ngl, #i’ve had a hell of a time using digital lately, #so coming out of that hell with this was r fucking nice, #dont get me wrong digital makes me want to commit arson, #but we all deserve a win sometimes no?, #{my art}
0 notes · See All
ayquebellaText

This beautiful eye amulet is one of the oldest symbols of protection. This very petite, teardrop-shaped blue, white and black resin on glass eye, in a cage of sterling silver, will be a conversation starter when worn on your favorite necklace or bracelet! 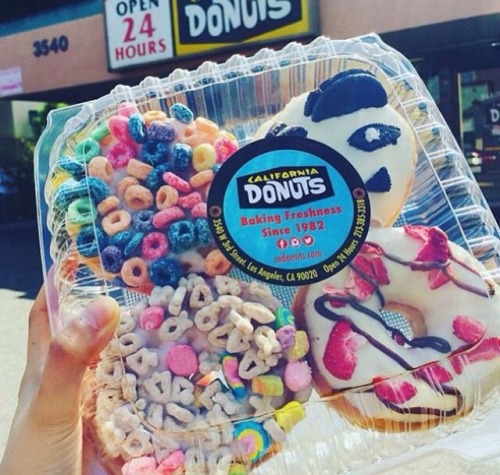 I was today years old when I realized that Lucky Charms marshmallows taste like cotton candy. 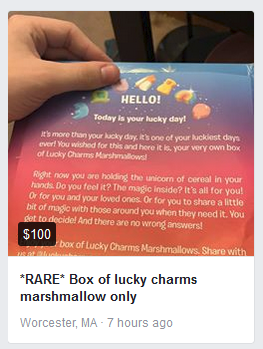 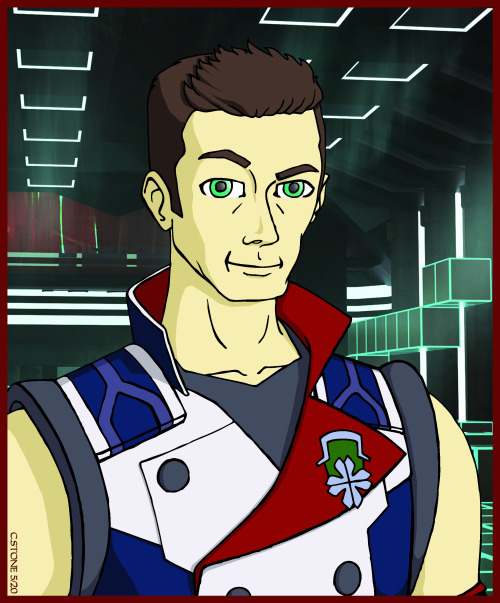