OF COURSE you may, anon. You may always point out M’Baku/Winston and his fabulous physique. He is what a strong man looks like and the fact that he consciously chose to train like that is very sexy of him.

I’m looking for a fiction reader x m'baku. They are married and they have children. We learn that m'baku has deceived the reader and that he has a bastard, whose mother died in childbirth. The reader decides to take care of the little girl as if it were his own.

Can you help me please ?
I believe fiction is on this site.

The new hand ticks against the glass as he accepts it, downs it too quickly. The alcohol is strong and has a distinct sweet- grainy taste. Yet it will do nothing for him, unless Okoye has another bottle or two up her sleeve,  But James steadies himself anyway, He will not doubt himself. He is good at this. Just as long as he remembers. Everyone in this room is a friendly, even if they stare at him with enemy eyes; inquiring and condemning and dissecting from one blink to the next. James gives in to the temptation to fidget with the empty glass, and Okoye tuts in answer. It is nearly companionship,  but it is over the moment he catches Shuri gesturing him over.

It’s only when James is just two steps from the table, and M’Baku starts to stand, silver pelt on his back rising up, that he realises the Mountain King may very well not be named after where he hails from.

And that M’Baku is not wide at all.

The Mountain King is a mountain of a man.

Wakanda held off the infection for over a year. Some of the world’s greatest scientific minds are hidden away in Wakanda’s incredible university, and many of them were studying this horrifying disease. In the end, it wasn’t their boundaries that were breached by zombies, it was a laboratory accident. A broken test tube, a cut finger, and the rest, sadly, was history. The smarter the person, the smarter the zombie, so things got bad very, very quickly.

It was difficult, coming to the decision that to protect Wakanda, they had to leave Wakanda. The people were what mattered, and King T'Challa gathered every survivor he could find with the help of the Dora Milaje, and they left for the one place T'Challa had faith he would find allies: New York, home of the Avengers. 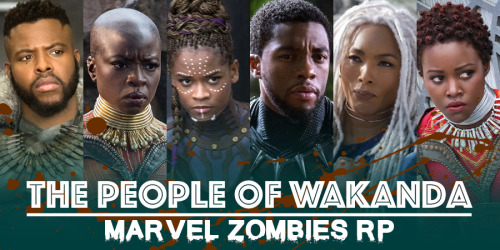 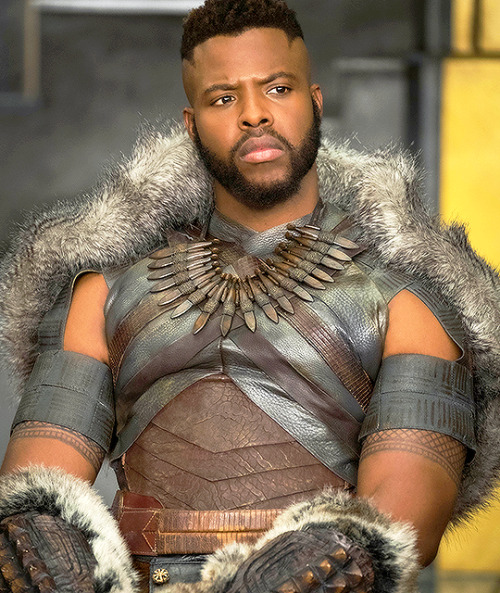 Summary: After the death of his mother, M’Baku finds himself in need of someone to talk to who doesn’t know who he is. Slated to ascend the Jabari throne, that sort of person would be hard for him to come by. He soon hears of a place where people can go to be seen but still unknown. The base of the mountain. The Garden.

A/N: Reader is Black. If you enjoy my writing, please comment and reblog.

M’Baku stared down the length of the wooden conference table. Elders sat in each chair, discussing his upcoming coronation and the burial of his mother for the last four hours. He felt numb, and the edges of his vision blurred as he focused in on a knot in the wood. Everything melted away except that dark spot, and soon, even it began to distort. He hadn’t heard his name being called until a light touch brought him back to the present.

He looked down to see a worn hand with paper thin, wrinkled skin resting lightly atop his own. His grandmother smiled kindly at him, the lines around her earthy brown eyes deepening when she did so.

“I think we have had enough for today, don’t you?” she said softly just to him. Her voice sounded like tinkling bells. Upon hearing it, M’Baku instinctively released tension in his shoulders he hadn’t known he’d been holding.

M’baku: Is vegetarian a sexuality?

#marvel, #mcu, #avengers, #m'baku, #I overheard this at lunch and just about died
2 notes · See All
johnnyshellbyText

The things he said about you, the disgusting things he said, you were sure M'baku was going to kill him right then and there, in front of you and your guards, in front of his. But he didn’t. Instead he grabbed your hand, giving you a look that said he was trying his best to compose himself. You squeezed his hand as a thank you, grateful he loved you so much he’d do anything to defend you, that he loved you so much he was keeping his anger subdued. For now. As soon as T'challa came to him, asking for help with Erik, he was in. W'Kabi turned on his king, but he was rude to you first and foremost. He’d take this opportunity to show him that that was not acceptable, none of this, on any term. You knew he wouldn’t control himself once he stepped on the battlefield.

Just TWO YEARS BEFORE BLACK PANTHER M'Baku played a teenage football player and champ named Dwight on Modern Family for three episodes 😂😂😂😂😂 He even lived with Cameron and Mitchell and had a whole jealously thing with Lily.

He was 29 YEARS old when the episodes aired lmaooo

The range 😂😂😂 you go Winston

Alright help me decide some things, y'all…

Working on a SamBucky college AU 👀

I want Okoye to be a getting her master’s degree and be a TA for a course but I can’t decide what her major should be?

I also want M'Baku to be getting his master’s degree and working as a TA as well but I’m having a hard time picking a major for him too?

Additional characters I’m trying to decide on majors for:

Also, breakdown of the roommate groups:

Okoye and M'Baku live together

Bucky and Sam live together

While almost every character in Marvel Studios’ Black Panther could lay claim to the title “breakout character,” M’Baku — the leader of the Jabari tribe, as played by Winston Duke — has struck a particular chord with moviegoers.

It’s thanks to his striking appearance, game-changing role in the movie’s climax and vegetarianism. M’Baku turns out to be one of Black Panther’s most interesting characters…which is all the more surprising, considering his comic book origins.

The creation of Roy Thomas and John Buscema, M’Baku debuted in 1969’s The Avengers No. 62, showing up on a cover that showed him in combat with the Black Panther, behind the tagline “The Monarch and the Man-Ape!” Yes, as embarrassingly racist as the name seems today — M’Baku also went by the name “The White Gorilla” for a while, as if Marvel couldn’t quite realize what the problem actually was — that was M’Baku’s name of choice for years, as he turned up again and again to confound T’Challa and attempt to take over Wakanda in the hero’s absence.

The comic book origin of M’Baku lacks much of the subtlety or tragedy of his cinematic incarnation. While both versions of M’Baku belong to the Jabari tribe, the comic book version never left the larger Wakandan society; indeed, the comic book M’Baku was so well-respected within the nation that he essentially managed to usurp the throne without anyone noticing — it merely seemed that the man who was the second greatest warrior of the country was keeping it safe in T’Challa’s absence. It was only when the hero returned from the U.S. that things went awry.

It wasn’t just that M’Baku had attempted a quiet coup, as it turned out. He’d also revived an outlawed cult — the White Gorilla Cult, a rival to the Panther cult that gave T’Challa his powers — in an attempt to become T’Challa’s equal and, in his eyes, at least, restore the purity of a Wakanda ruled by a monarch who puts his nation ahead of the rest of the world, but it wasn’t enough. A fight between the two apparently ended in M’Baku’s death. That state of affairs lasted just 18 months, because he reappeared, very much alive and very much abandoning Wakanda himself, in Avengers No. 78 as a member of new supervillain team the Lethal Legion, formally beginning his career as a generic supervillain for hire. To make matters worse, M’Baku was essentially exiled from Wakanda as a result of his Lethal Legion membership, thereby underscoring his poor life choices.

In recent years, M’Baku’s comic book activities get a little complicated: He returned to Africa where he apparently founded the “Kingdom of the Man Ape” in some unknown location, only to be killed by the magical villain Morlun in 2008’s Black Panther Vol. 5 No. 4. He then, without explanation, showed up alive and well in 2011’s Villains for Hire No. 3 and the 2016 “Standoff” storyline that ran through Marvel’s Avengers comic books, only to be reported killed again just months later in that same year’s Black Panther Vol. 6 No. 4, without any explanation. Had the editors and writers of Villains for Hire and “Standoff” forgotten that M’Baku was dead? Was the Man-Ape in those comics actually his brother, Mandla, who was reported in the latter Black Panther issue to have taken over the mantle? (He, too, died in that 2016 issue.)

No matter what, the comic book M’Baku never had the chance to save Wakanda in the same manner as his cinematic brethren. To be fair to the writers and artists responsible, it’s unlikely he’d have managed it even if he’d had the chance. The comic book version of the character is, in many ways, a rough first draft for the version seen onscreen, missing both the nobility and complexity as a character in the same ways as the “Man-Ape” name and “White Gorilla Cult” backstory feels like an unsubtle, on-the-nose first draft for the iconography of the cinematic character.

It should only be hoped that, if and when M’Baku makes his return to the comic book page — something that only feels like a matter of time given how popular the movie version of the character is — he achieves some of the ambiguity and heroism of his onscreen counterpart. Or, at least, his dietary habits. 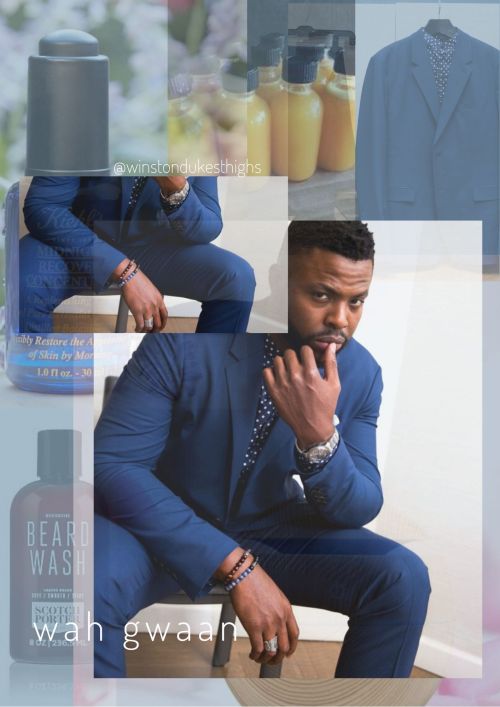 Sis was fucking right. A blessing.

Rewatching Black Panther reminds me how much I LOVE M’Baku!!! He’s great!! 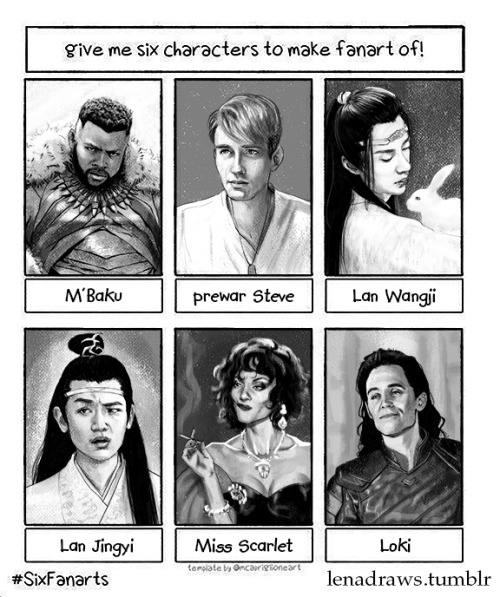 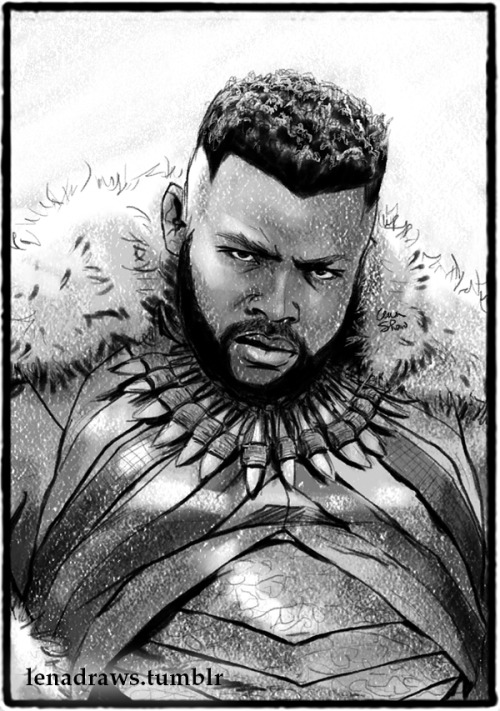