I added a 3D cursor with grid to the block editor. Otherwise it wouldn’t be possible to create scenes in empty space. 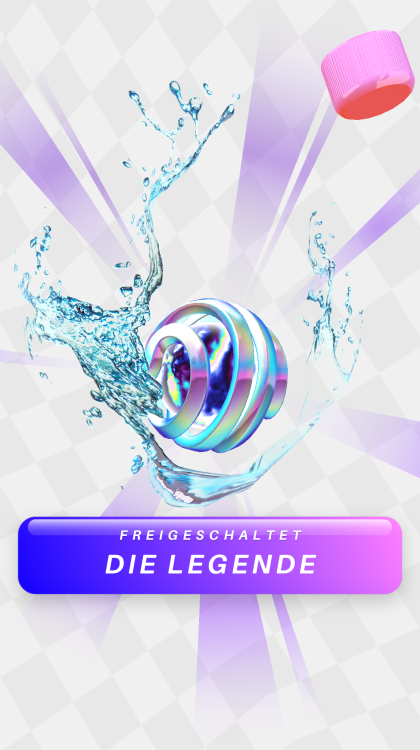 When you’re messing with skyboxes and accidentally make a neat-o.

Rediscovering your lost body somewhere in the spirit world after death 👻🗺

In the final version, the spirit world won’t be an empty void 😉

Developing VR games is hard. VR brings a slew of new design considerations in games that could simply be ignored in traditional video games. One of those considerations is the VR devices that the game is being built for. Each VR device is separate and unique with its own control scheme, unlike a keyboard for example, that is the same throughout all computers.

Fortunately, game engines like Unity are trying to ease this process of building VR games to multiple VR devices. Unity possess the XR Plug-In Management package that attempts to create a system where developers can use a common “starting point” and it is able to directly translate it to all of the different VR devices.

I’m going to share how I set up Unity and its XR Plug-In Management system to build Yi’s Eatery for the Oculus Quest.

Unity’s XR-Plugin Management only works in version 2019.3 or higher, that’s all there is to it?

It’s a preview package that will give you access to the XR Plug-in Management.

Step 3: Install the Oculus plugin from the XR Plug-in Management

Under Project Settings -> XR Plug-in Management, you can download the various plug-ins for different VR (or even AR tech) devices. For the Oculus Quest, it builds to Android so click the Android icon and check the Oculus plug-in.

Under Build Settings, remember to change the platform to Android.

Developing for Oculus Quest or untethered VR devices presents one of the biggest problems: The inability to test your game in the Unity Editor. The game has to be built directly to the device and therefore, there is no way to see the debug logs. Downloading Android Logcat will allow you to access the debug log directly from the device so this step is crucial for Oculus Quest development if you do not have access to Oculus Link which will allow the computer to treat the Quest as an Oculus Rift (a tethered VR device, allowing for testing via Unity Editor).

Of course, the Oculus Quest device needs to be put in developer mode for the device to be connected to your computer but that’s just a google search away. I’m merely showing how I set up my Unity to enable me to develop Yi’s Eatery for the Quest. I am unable to have access to Oculus Link so it took me a while to figure out the alternatives. Hopefully, this would save some of you guys in the future, be it a wandering game developer, or one of my juniors in my school :D

Trying something new today: A video for #screenshotsaturday! Let me know what you think of it!

Band browser and line-up planner nearly finished. There are still a few things missing (for example a proper way of selecting the different stages).

A little work in progress for the next #LonesomeVillage update.

Made a quick implementation of a level editor. It saves the level data on a JSON, so it’s easier to track changes through commits. The interface is quite rough, but I’ll try to improve it while I work on the rest of the game.

Hello!  Hope everyone is safe, and doing well during these strange times.

I wanted to have a place to log progress on this project so I chose Tumblr and here we are!  The hope is that I’ll update here on any progress I make, connect with other indies and the community as a whole, and have a space where those interested in the game can come and find out information on Ao in the Dark. : )

Right now, Ao in the Dark is in it’s very early stages.  I brought the art from a previous project so there’s the risk that it might be recognized but the art itself is mine and I’m repurposing it for this project exclusively.  I’m very proud of the work and I am excited it has new purpose!

I’m still working on the narrative script for Ao in the Dark, and hope to recycle some of the ideas I contributed in the last project.  For the most part, the first chapter is written and ready to be implemented!

At the moment, I’m building the project in Unity(2019.3).  It’s quite intimidating as I’ve been in teams that have used Unity before but as I am developing this project independently, I have to learn everything, including how to code!  I’m working through C# tutorials on codecademy.com and have completed the learncs.org fundamentals thus far.   Within Unity itself, I’ve set up tilemaps, the camera, and have put together this one scene! (Hurrah!)  I am also considering GameMaker 2 as a possibility as it’s highly recommended by many devs as a beginner-friendly engine.

I figured I would share my progress, interact with the community, and in the future, promote the work through this blog(AoInTheDark.com), Twitter(Ao_InTheDark), and Instagram(AoinTheDark). I also set up aointhedark at gmail . com where I can be reached about the project!

That’s all for now!

I’m also considering the use of normal maps on the latter part of development while keeping the current art style; thinking that I really do have an art style. XD

Feel free to share your feedback and/or suggestions. Thanks!

The new scene of “Last Soul” is expanding. For the end of this week, all elements should be ready.
…
Leave UR comments & suggestions to improve it.
…
Register into wulum.com to keep you updated.
…
#indiegame #indiedev #wulum #lastsoul #indiegames #2dgames #pixelart #pixel #retro #retrogaming #retrostyle #krita #unity #madewithunity (at Calgary, Alberta)
https://www.instagram.com/p/B_6BrYoHx9f/?igshid=asjdtudxxvmq

ILLUSIONS, Dad! You don’t have time for my ILLUSIONS!