Flying ghoul lord with a skele-scepter.

Made entirely using Adobe Animate CC, playing around with all their new blur and color features… might do a new audio pass in the future :)

I used to believe in dragons, fairies, banshees and ghosts, and some cryptids like the Loch Ness Monster and the Chupacabra. Boy you had no idea how up to my adolescence I trying proving dragons had existed, and then how resigned I was when I admitted they probably were just dinosaurs humans tried to explain

HOWEVER call me ridiculous I still STILL believe in ghosts. I know most pics and videos are fake, but I still am sure a few, as well as some curses and blessings, are real. I also don’t really believe in fairies or banshee nor these cryptids either AS THEMSELVES, but I AM sure there was something, another species or animal or people or creature, maybe a spirit, that inspired these but WHICH…

Probably has to do with how many Corsicans of all generations are superstitious and believe in the Oghju, the Mazzeri and the Squadra (Hehe I am sure none if you know what those mean)

#moi, #anon, #tumblr, #ask, #magic, #dragons, #fairies, #ghost, #nessie, #chupacabra, #banshee, #oghju, #mezzari, #squadra
0 notes · See All
priestessofserenityAnswer
since ever i have interest in magic but i am christian,should i start practicing magic?thanks you

That’s a rather complicated question. The simple answer is that’s between God and you.

What I can say is everyone’s path is different. I can only speak for myself. How I view magic is a manifestation of God’s divine power that he allows me to use, a miracle. There are different types of magic. I focus primarily on divination, glamour magic, dreams, and candle magic. Everyone is pulled to different classes. I’m going to assume because your on my blog on of these standard of magic interests you too.

As a Christian, I must remind you must never hold yourself above God. That’s the number one rule. We are not equal to him or any of it. If you still conflicted, pray to God and talk to Him. Some voices might be your friends or family who are against these methods. Or even the sound of your own fear. You have to shift through that to find God’s voice.

Everyone’s spiritual path is different, and you’ll have to create your own rules and goals. Please remember to continue reading the Bible. A simple way to start receiving messages is to read it. There is a school of divinity that specializes in books, called Bibliomancy.

So what you do is ask God, Holy Spirit, and or Jesus a question. You open the book and the verses that pop out to you. It’s the verse that will reveal the answer to your question.

I pray that God enlightens you during Holy Week. Blessings and stay safe ✨✨✨

More from my Knight! AU, might as well change it to Medieval/ Fantasy because I made Ratchet a Sage rather than a Knight.

And yeah I did get lazy with the coloring, but I did end up changing the program I use from Fire Alpaca to Paint tool sai which has WAYYY better brushes that Fire alpaca. I’m honestly experimenting with my art style still so there will be inconsistencies but that’s okay! Also I don’t know how to draw magic :/

This is a link for episodic group RP of Team Fortress AU; Mann V Mythos.
It has it’s own canon, so no canon characters are playable.
Only OCs as many as you can play and custom classes.
It takes place in- fictitious- Salt Chuck, Maryland in 1969 USA.
The entire town is being created- or destroyed- as you play.
But you should try and keep it safe! Especially, if you’re on payroll.

This is a BETA testing server, would like honest feedback on the 1st-5th of every month, if possible. About story, direction, focus, rules, system, or hats.- I’m rather open to experiment, live weird, and expand the Open System.

Open System Play. Home brew Di-system that covers occupations- some having prerequisites- Training, Combat, Looting Chance, and Equipment. A bit of gambles, events, contracts, and story. Hoping to set up a map and C.A.D. blue prints, just for refs of building floor plans. [I find that fun. >.>]

Opt out. If you don’t want to do stats and gambles, you can still RP, there is another sheet for just taking it easy. If you want to only watch or chat, we have a Bystander role and you’re welcome to join in if you see something needed or try out an idea.

Channels offer detail of locations.with their own personal looks and designs. Shops, restaurants and markets, to feed your character everything from apparel, weapons, information, and nutrition as they work and examine the world. Characters have home threads, and  make as many characters you can mentally handle.

P.S. In Clicking this, you need to read the announcement and follow it.
This link only gives your a temp Membership. You need a role or else you’ll kick when you leave or Log off.

looking 4 more witchy ppl on tumblr !!! this is a side blog so id b following u from my main but follow me if u rb ::

Darkness creeped from a distance, enveloping all the light. This is it; the final arc of this war, the defining moment of everything. I could feel my sweat building up. The incoming aura is immense - something even I, with my powers, could not quell alone. As the epicenter slowly approached, I clutched my halberd tighter, summoning everything to the surface. A blue glow radiated from my entire body with a loud screech cutting through the silence. I felt a sudden burst of strength and courage. The ancient spirit of ice is here and I’ll do whatever I can to utilize it against the dark.

“A demoness is what men call a goddess they cannot control.”

(I cannot recommend this book enough!)

I manage to twist, falling on my side instead of my elbows or face. Still hurt a lot though. The concrete managed to slam into my knees, ripping the holes in my leggings even more. I should just invest in knee pads, but that would be too responsible of me.

I hear Finnick’s feet rush towards me. I stay lying on the ground, letting my body fully comprehend the pain. I look down the road, but no transporters are coming. This safehouse was located towards at the rim of the city. A bit unusual. Definitely inconvenient for us.

I sit up and look at Finnick, preparing for a snappy comment. Instead he extends his pleasantly feminine hand down to me. I smile at it.

I place my hands on the ground and try to get both my feet upright, but my smile turns into a wince as soon as I start bending my knees.

“Well, you’re getting my hand whether or not you want it,” he says. “In fact, you get both of them!”

I look up at him, expecting him to lift me up with both hands. Instead he bends down, placing one arm around my back and sliding the other in the bend of my knees.

“It’s okay Finnick. You’re really don’t need to do this.”

His arms lift me up. I’d like to squirm out of his grip, but I also won’t want to risk slipping on my skate and falling again. My knees felt like they’d aged 50 years.

“But I want to. Also, we’re literally a cross walk away from the safe house.”

I snap my head to look at the house. It’s actually more of a hut, which is surprising since this place obviously has technology. Also weird that there’s no one outside. I glance up at the sky. It’s an eerie orange with a hazy overlay of smoky gray. Even the clouds are a strange dark tone. They look more like shadows than clouds.

“I know we’ve been to a lot of places, but is it just me, or is this place a little extra off?” I ask, glancing at Finnick’s bronze, freckled face.

“I wish you hadn’t asked me,” he says quietly. I glance back at his face. The spirited mischief in his green eyes had faded, and his mouth was set in a serious line, he eyes set on the hut.

“Because now I know we’re both unsettled.”

I want to say something comforting. We’ve been through lots of universes. We’ve even spent six hours trying to find a darn safe house in the middle of a revolution. The more I look around, the less I want to say something. The air suddenly becomes hot and heavy, and I feel my skin begin to sweat.

Something was definitely watching us. 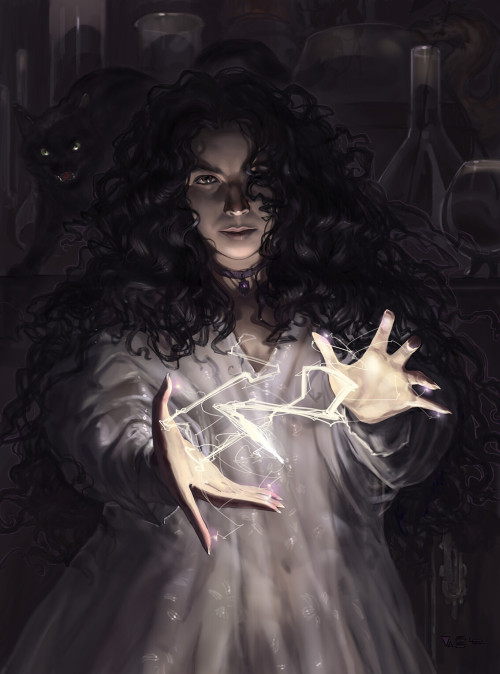 This was mine, and I still love it! Cats are amazing 💛✨