I’m sorry, but every time I “hear” someone saying: Maria does nothing wrong, Michael and Alex are no longer together. Or any other shit like that I just lose my mind.
Because I cannot understand the thinking of these people. Maria told Alex that she felt he was more hopeful, she knew Michael was the guy from the museum. She said it would never happen again, she said it had meant nothing. And then suddenly, just because he gave her a shoulder to cry on and a round of sex in Texas, she goes and falls in love with Michael? This doesn’t make any sense. After 10 years of seeing him practically every day and treating him nothing more than the town drunk, suddenly she starts to see him in a different light and he becomes a wonderful man that she loves?
Is it okay to hurt Alex? The man she claims to be one of her best friends? Her family? Sorry but that doesn’t make sense.
When I was in high school my friend had a crush on a boy but he didn’t like her, he was part of our group of friends, he was beautiful, caring, attentive. The perfect boyfriend for any girl. Months later he told me that he was in love with me, and I confess that I also felt something for him. But I knew that my friend still liked him, so as a person who has a heart and who is faithful to friendships I simply told him that nothing would happen between us. Out of respect for a friendship that I’ve had since forever. And that I valued more than any possible prince charming that could appear in my life. Because that’s what friends do.
And Maria is not a friend to Alex. Seriously, that scene on Airstream, tell me that it wasn’t her trying to throw in Alex’s face that Michael had chosen her, all that talk during the car trip, asking him for relationship advice about the man she knew very well that Alex still loved? This is just being mean.
I’m sick of seeing people defending her. She has no defense. She’s just a crappy person.

[Image description: gif of Isobel sitting in a booth at the Crashdown. She is smiling, looking at her phone, then sets her phone down on the table. Text reads “Winning bingo cards! Roswell New Mexico comment bingo”]

Thanks to all those who participated, whether by filling out Bingo Cards or just making an effort to comment more on the fanworks you read.

You can view all the cards people completed for the event here, but click “keep reading” to reveal the Winners!

This beautiful fic explores Alex’s trauma by focusing on the way it affects his sexual relationships during the lost decade. The author does a lovely job exploring Alex’s wants and desires, as well as his love for Michael. It’s a delight to see this author’s idea of the future as well, giving Alex his desired future with Michael and showing them dealing with his trauma together.

If you have any Alex-focused fics you’d like us to spotlight, please let us know by dropping an ask in our inbox!

Alex had had a reputation when they were teenagers. Michael had heard more than a few mutterings about the emo kid with the skull-and-crossbones ring and the black eyeliner.

“Don’t look at him,” girls had frantically whispered to their friends.

Michael had never had much of an opinion on Alex himself. The guy had looked so serious all the time, trouble etched in the tension of his shoulders, his straight spine, his permanent frown, as if he’d never thought anyone was worth his time – that Michael had known to stay away on his own. He’d had enough trouble to last a lifetime, he hadn’t wanted any more from some probably spoiled kid.

It had been one afternoon though, when the last bell had rung and most of the students had left for the day, that Michael had discovered the truth. He’d heard guitar music coming from the music room, the door opened ajar. But there had been something else. Someone had been singing.

Michael had slowed, and peeked in, curiosity getting the better of him. He had been shocked when he’d seen that the emo kid who he’d rarely heard speak was now playing a guitar and singing a song Michael had never heard before.

But he had, in a way, known it. Alex’s words had spoken of masks, of lies that hid the ugly truth. The perfect veneer of a lovely, happy family, and being the furthest thing from it. Of being unable to tell anyone because who would ever understand? Who would ever listen?

The longer Michael had listened, the more he’d realized how wrong he’d been. He’d recognized that pain in Alex’s words, in the furrow of his brows. His voice had been beautiful and soft and strong and terrified all at the same time. That this lie he lived with, this lie that people saw, that it was going to define him forever. He would forever be under the eyes of those who would never know, and never understand, how bad it really was.

And Michael had suddenly thought of past foster parents who’d pretended to be caring and loving and happy to have him as their son, when the truth was beatings and shouting and pain. And Michael had tried too many times in the past to know that, after a while, trying did nothing. He’d managed to rid himself of that, of the cruelty and abuse and fear, but Alex …

It was then Michael had started to notice things about Alex he’d never noticed before. Sometimes he’d scrunch his shoulders, as if pained to move a particular arm or reveal his hip. Sometimes Alex’s eye looked swollen underneath his eyeliner, and sometimes … sometimes Alex smiled around Liz and Rosa Ortecho and Maria DeLuca. Sometimes he even laughed, and it was … everything.

One day Michael had found himself wanting Alex to talk to him, eager for his attention. He had no idea if he was welcome to just walk up to him, and had no idea what he would even say if he could, so he came into the music room. And he found Alex’s guitar, and a stupid thought had occurred to him.

But it’ll bring Alex to me, he’d thought, and that had been good enough.

Just FYI, Rae, the director for 3x05/3x06, stated they have a a few more days for her episodes… so episode 7 should be starting next week!

Yeah, we still would have gotten the mom reveal which would have been great but keeping her alive and using that to create tension between Malex culminating in a rescue and her and Michael and Walt reuniting hits SO many more emotional beats and allows for interesting tension and character growth (just picturing Walt breaking down and apologizing that he didn’t care for Michael like he promised and getting to have Nora tell him he is still a good man and tried his best 😭) that is a thousand times more interesting the just heaping more loss and misery porn onto Michael. So thanks for that c*rina 🙃

Here’s to hoping season 3 is better written and more coherent and maybe we can move away from Max and the white savior complex we keep getting.

short on money but long on time

The one where Michael goes shopping for his date with Alex. Title, and slight inspiration, taken from the song New Shoes.

Michael shoved his hand in his pocket and swiftly pulled the dollar bills out. Setting the clothes down on the rack next to him, he started counting. $10. He furrowed his brows and quickly went searching his pocket again. He could have sworn he had more than that, but there were no holes in his too-small jeans where the bills could have escaped. He sighed and hung his head, his shoulders drooping.

Taking a deep breath, he picked himself up. It’s fine, finding solutions is my specialty, he told himself. Shockingly he believed that.

Michael placed the money back in his pocket, patting it to ensure it wouldn’t budge, and grabbed the clothes he had picked out. Holding the army green button up in front of him he wrinkled his nose; that one wasn’t good enough. The sweater made him scoff; he wasn’t a grandpa. And the light blue jeans? They would be perfect for everyday wear but not this occasion.

The song Love Drunk is kinda perfect for malex

Only singing songs that put me in my malex feels, I guess.

Plot twist, I wrote you something anyway @cosmicclownboy ❤️

“Not a surprise, you always do.”

Michael dropped the tent that was missing a few poles to glare at Alex.

“You literally just did,” Alex said, far too smug about being right when they were literally lost in the woods.

Tagged by @adiwriting , whom I love and missed.

This is from a new fic, and it is a cheating fic. Alex is cheating on Forrest with Michael. Go no further if you aren’t into that content. 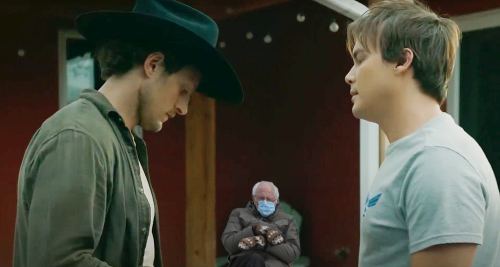 I am once again asking you to stop me 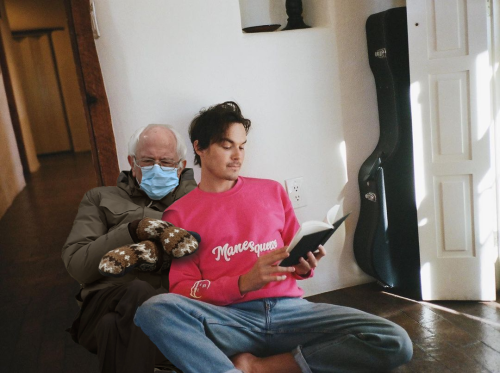 someone stop me please

Oh man….All the Malex one shot ideas that float around in my brain that will never be written because I can’t write to save my life.