I’m trying to think of the next hype moment of the season. There are so many important scenes but all I can think of is the Sorta Cinderella play.

WE’RE GONNA SEE THAT ANIMATED. It’s gonna be a mess and I’m gonna love it.

manga panel redraw of the oihina selfie in chap 372 bc hHHHHHHHH THESE BOYS!!! 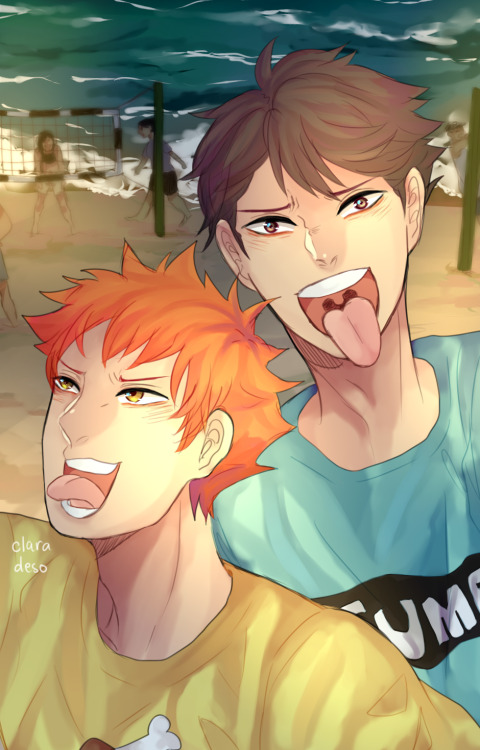 So good to know things turned out great for both momiji and momo.

fruits basket has an intricate mythology, expertly crafted characters, and gorgeously transformative arcs, but i often think about the fact that the story literally would not have happened if shigure hadn’t fucked akito’s mom.

School is a formality; the Sohma family name holds enough weight that Akito really doesn’t have to go to class much. As long as the donations keep rolling in, she’s on track to receive her diploma.

Sometimes, though, Hatori is too busy to take her home mid-day when she gets bored and feigns a fever, which is how it comes to pass that Akito is at school on Valentine’s Day, watching as girls from the sister school flit back and forth through the hallway, standing guard for each other as they sneak candies into the lockers belonging to their respective crushes.

It’s a stupid tradition, Akito thinks, and all of the girls who participate are ugly anyway.

She still feels a slight twinge of something in the schoolyard, trying her best to ignore the boys jostling each others’ shoulders and licking their fingers free of any remaining sugar.

When he arrives, Hatori’s eyes scan the sea of boys, their pink-paper-wrapped packages floating like debris. He doesn’t comment on Akito’s own lack of a gift.

Hatori doesn’t comment on much of anything, actually. Akito can have anything she wants, but even she can’t make him a conversationalist. They’ve gotten used to sitting in silence during their car rides back to the estate on the rare occasion that she stays until the end of the school day.

When she throws her schoolbag on her bed, something on her pillow crunches under the force. She shoves the bag to the floor and pulls the package out to examine it; it’s lopsided now, having been crushed by her bag, but it looks carefully-assembled.

Her heart rate is elevated for the rest of the day, and a peculiar feeling starts in her stomach and gradually works its way down to her toes.

The next week, she finds a handful of particularly perfect cherries from one of the trees.

She suspects Kureno. He’s an admirer already; there’s not much secret about it.

But there’s something thrilling about the idea of catching him at it that makes her heart jump.

More gifts appear on her pillow; brightly colored tins and charms that jingle when they clatter together and hard candy that looks like stained glass when she holds it up to the light.

She still hasn’t caught Kureno in the act.

On white day, she finds a book of poetry with a camellia pressed between its pages, this time left outside her room.

She throws the door open when she hears the floor creak, ready to nab Kureno in the act.

Instead, she catches a glimpse of Shigure’s jacket as he ducks around a corner.

“It was you the whole time,” she breathes, but the only soul around to hear is a single bird perched in the lowest branch of her favorite tree.

The funny thing when you see feitan for the first time is that you think he’s a “Can i copy your homework ? -lol no” type but then you realize that he’s just a “Bold of you to assume i did the homework type”

I am so ready for determined Tohru who wants to break the curse.

Not as hard and scary as the rest of high school would have been, am I right 👉😬👉 -Kurogiri

// probaly still at ua wiht all might, not like he can join this raid at all. but he probaly was also left in the dark of what happened but we will have to wait and see but it msot likely is all might wiht all teachers gone, maybe also with nedzu? ua still ahs the ohter kids there too

//that’s true… ua also still has the non-hero course students. cause I’m pretty sure both class 1-A and 1-B are there since they are hero courses and I don’t think they’d just grab a couple students from 1-B while all of 1-A went. and I’m sure all might wouldn’t have been left in the dark but also there’s not much that he can do now.

((I would think she’s at UA with Mirio and All Might?))

//That’s what I was thinking… but I wasn’t too sure exactly…. like I’m sure Aizawa would leave her with for sure Mirio since he’s someone else she absolutely trusts (besides Deku). 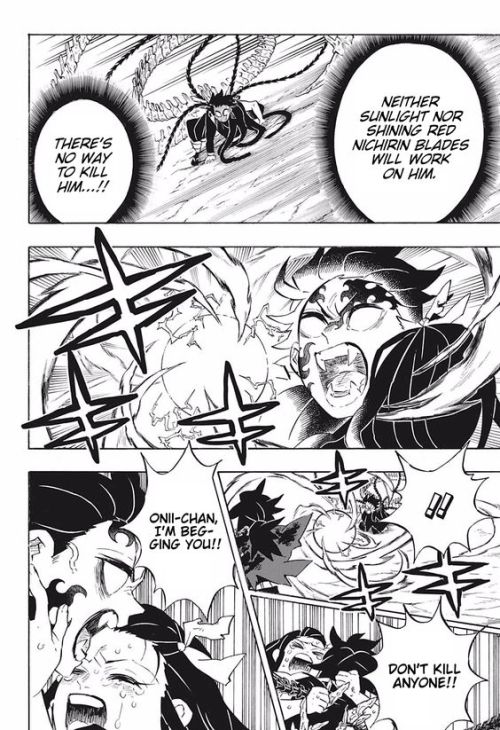 It’s a pure and beautiful love.

Kyo realizing his feelings for Tohru is pretty much one of the most hyped up moments for Kyoru shippers. This is my favorite Kyo scene and for so many others. But why do we love it?

I have not read a lot of shojo manga in awhile. But this moment is different from other manga. Most of the time when either of the leading couple realize their feelings, it’s cute and happy. Readers can react with, “Yes he likes her!”. Then shennigans happen cause the plot demands it

But with Fruits Basket, it’s not cute. No, it is raw and emotional. Kyo cried the moment he realized how much he loves her. This is actually the wrong time to realize his feelings. The tragedy is that Kyo is fated to be confined after high school, due to being to the cat. Kyo finds himself unable to fight it and comes to term with that reality.

There’s no goal to confess his love for Tohru like other shojo manga. There will not be. He just wants to appreciate whatever time they have together.

This moment impacted me when I was younger but I did not fully understand why. But now I do. I realized I love it so much is because Kyo’s love for Tohru is pure and beautiful. Kyo can only think of the moments Tohru affected him.

It’s “I love you so much it hurts”

well, since i can’t scream through my inbox, i’ll settle for this: i’m all keysmash inside and i can’t wait to drag everyone else down with me

(that nobody asked for)

Hello! It’s my distinct pleasure to welcome you all to UshiIwa hell! I’ve been malingering here for years, but with new developments in canon, it looks like I am no longer stuck on Gilligan’s Island (me plus the six other sad bastards i’m stranded with).

As a long time sufferer of this ship, I would like to introduce you to some of my favorite UshiIwa stories, including a few of my own bc tag smol. :’)

I’m a little shaky on what exactly he wants in heroes, but I think I would have been fine? I mean, he just wanted people to be heroes for things besides money and power, right? I just wanted to help people. I like taking taking care of people who need help, so I figured it was the best job for me. I don’t know. -Kurogiri

Bakugo is a fucking gremlin

Just told my friend who is lowkey a Twice stan that Hawks is my favorite character,, if I never post again that means I’m dead boys

here us clowns were angsting it all up when iwaoi really just cant stay away from each other, huh

#theyre really gonna be a power couple in the olympic vball world and us fools doubted that, #furudate had us all, #they really did, #manga spoilers, #haikyuu 395, #okay ill shut up now, #hq
13 notes · See All
Next Page