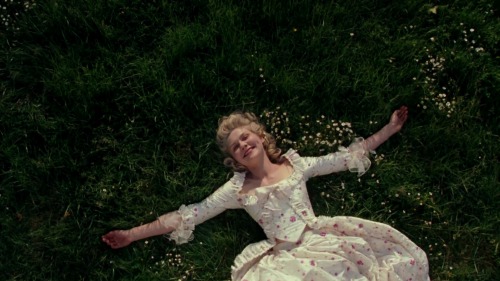 Handing out cold meats at a hunting party is not the most becoming conduct for the future queen of France. 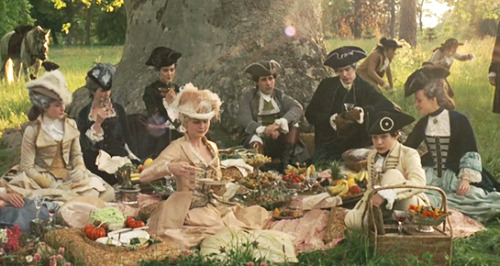 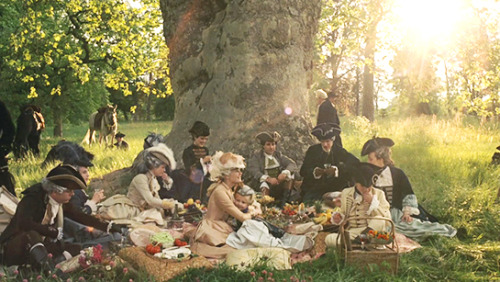 Royalty and upper class regularly threw extravagant parties, enjoying high living, and fine dining, while the lower class were barely surviving - the rich used all the tax on their own pleasure while people were literally starving to death! 80% of the population were poor and struggling at this time.

France went to war with Britain and lost. This landed them in financial debt. However, this didn’t stop the upper class from partying, so the peasants were forced to work even harder than before.

The Age of Enlightenment led to great philosophers, who began to question whether this beautiful nation was as great as everyone made out. In May 1774, King Louis XV died and his grandson, Louis XVI, was made king, but it couldn’t have come at a worse time, as the French were beginning to question whether they even needed a king, when all he did was spend their money on parties and himself. The new king was said to be a weak man and barely knew how to rule a country, especially one in a situation as dire as France’s. This led to him being easily manipulated by those around him.

The country grew especially hateful towards the queen, Marie Antoinette, nicknamed “Madame Deficit”, as she spent all of France’s money on her own luxurious lifestyle and fashion. Respect for the monarchy was at an all time low, especially when the royal couple did not immediately produce a heir, and rumours started to fly about the king being “unable to fulfil his marital duty” (basically, he didn’t want to have sex) and the queen being overly sexual with… pretty much everything. As France grew deeper into debt, they decided to tax the poor, who were already struggling to make ends meet. This included giving up some of their harvest and having to work a set number of days unpaid!

The population was about ready to explode with anger, so all it took was one more thing to tip them over the edge. A series of harsh summers and winters left the peasants with poor harvest, which meant that food prices increased. Naturally, the rich had plenty of private stock of grain and wheat, so they were untouched by this crisis. Now the poor were really starving and they started to riot - attacking bakeries and even hanging bakers who were suspected of keeping bread for themselves!

Because the king lived separately from his subjects, he saw no problem with what was happening in France, so a crowd decided to remove that barrier and speak with the king themselves. They marched to the royal palace in Versailles and demanded an audience with the king. Some members of the crowd managed to break into the palace with the intention of killing the queen, who narrowly escaped through a secret passage in her bedroom. The angry mob killed several members of the royal guard and raised their heads on pikes, leaving the king with no choice but to come out and speak with his people. He agreed to go to Paris with the crowd, where his royal powers were slowly stripped away by the revolutionary government. The demands kept growing until the king made the decision to seek help from outside of France - luck for him, he was married to an Austrian. However, the king and his family were stopped before reaching the border, and returned to Paris in disgrace. It was clear that he did not support the revolutionary government, and many called him a traitor for trying to abandon his country. This led to his remaining power being taken away, so that he only served as a figure head.

This didn’t satisfy everyone though, and another protest began, demanding for the king’s removal. Fearing what would happen, the military were sent in and fired on the crowd, leading to a massacre of revolutionaries. This revealed a divide in the country - those who wanted to keep the king as a figure head, and those who wanted him gone, or even better still, executed.

On the 10th August 1792, the tension in Paris exploded and a mob stormed the king’s palace. Fighting broke out and the casualties were in the hundreds. The king was forced to flee once more, his status being removed so that he was just a regular citizen. He was taken to a prison cell where he could be closely watched. Many of the upper class and priests were arrested in the thousands, but when France realized that this was the perfect opportunity for them to conspire against the revolution, citizens broke into the prisons during the brutal September 1792 massacres and executed many of the prisoners. There were over 1600 victims - women and children were not spared. After this, King Louis was trialled and found guilty of treason, but his punishment was uncertain, as many wanted to deport him. Maximilien Robespierre, an influential figure in the revolution, said that the movement could only live if the king was dead - they had a vote, and by one vote, Louis was sentenced to the guillotine.

Robespierre went a little over the top with beheading, and started trialling people for even the most minor crimes. Around 40,000 people were executed because of him. On the 16th October 1793, Queen Marie Antoinette, the most hated woman in French history, met her end and was executed just like her husband before her. The following year, Robespierre made his ultimate slip-up and informed his followers that many of them were on the list of enemies that were to be sent to the guillotine next, which naturally led to them turning against him and sentencing him to death instead - he was the final victim of the reign of terror which he helped to create.

The French Revolution continued even after the king and queen were executed, until eventually, Napoleon Bonaparte took power and so began the Napoleonic Era.

“Marie-Antoinette: Where does she come from?

Aunt Sophie: From every bed in Paris.” 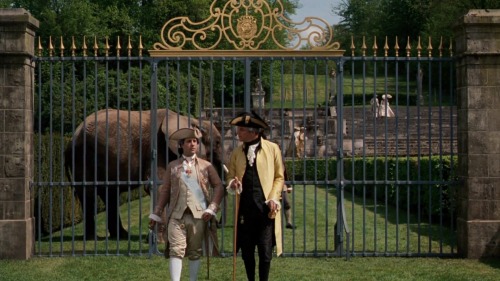 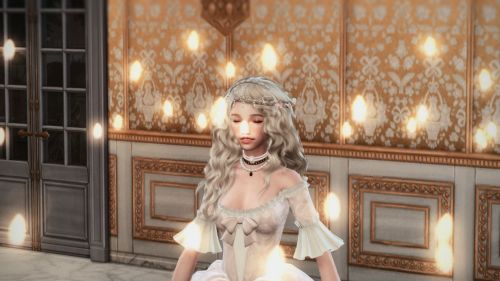 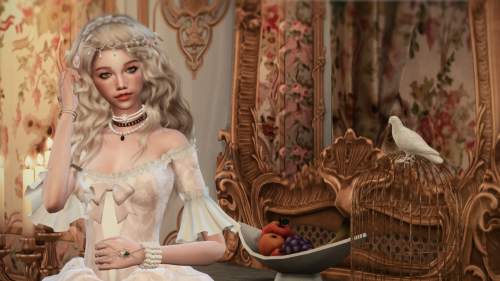 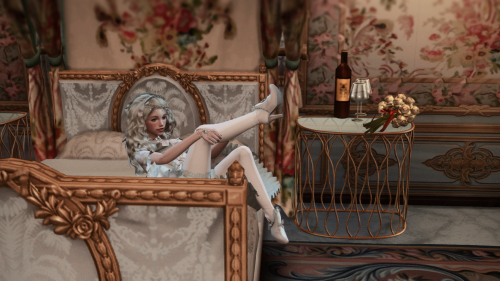 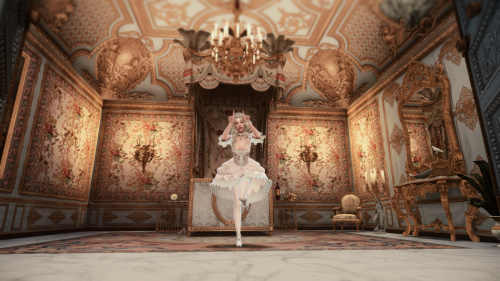 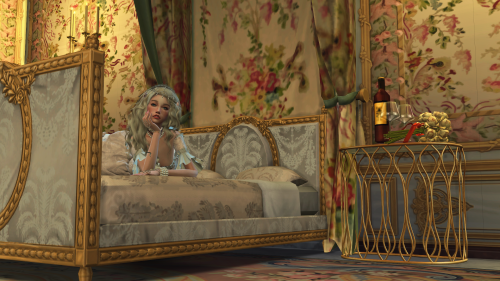 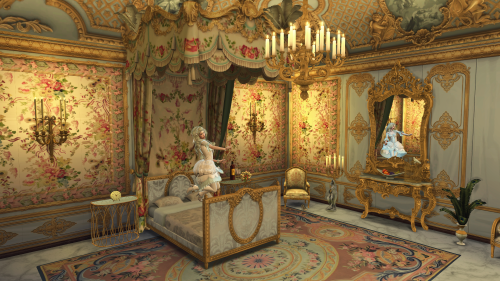 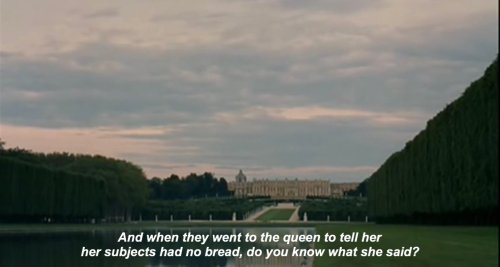 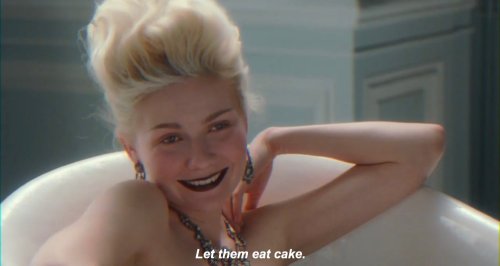 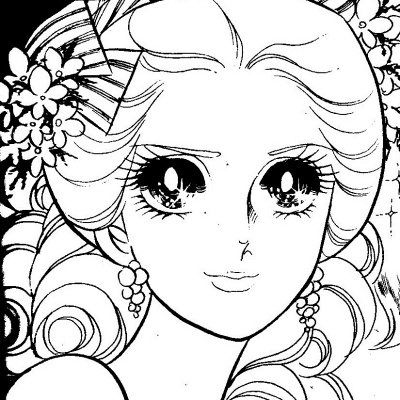 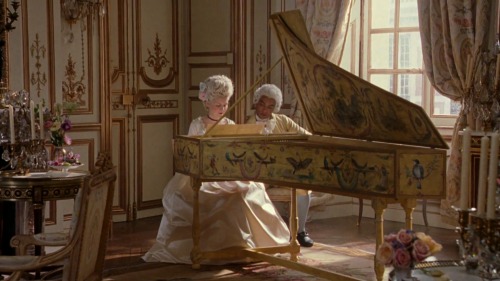