Jeff + Annie + Thinking About Each Other

not to be dramatic but I’d die for them

Enjoying our first crabs this summer. The Hot Wife isn’t from Maryland. She’d never had blue crabs until we met. Now you’d never guess that she isn’t from ‘round these parts!

Selfie fail, but I think this shows who we really are - laughing at ourselves because we still can’t coordinate taking a photo together.

Today my husband held me as we both cried on our living room floor. He held me while I cried into his shoulder about my black brothers and sisters being murdered in the street.

I started crying because I watched a video of a little black girl holding her hands up and saying her name, her age, and that she had nothing on her that could hurt of harm anyone. Her dad taught her that so WHEN (not if) she comes into contact with police, she knows what to do to not get hurt.

It hurt me so bad to know that I have to worry about my dad because he’s black. (Not fully, but that doesn’t matter because his skin is dark.) My mom is making him call her on every break he has at work and his lunch to make sure he is okay.

I told my husband I don’t want to go anywhere by myself right now, and he agreed and said he wasn’t in his plan anyway.

My mom has always said the same thing “I will never know what it’s like to be black, but I do know what it’s like to love someone who is, and see how they’re treated. I will always stand up for you and your dad” my husband told me that he will “use his white privilege in every way he can, he doesn’t care if he’s the crazy white person in front of a cop between you (me) and them.” They are the two most important people to me. And I know I am safe. But…

We have shared so many bodily fluids that we’re practically symbiotic.

- Courtesy of the many odd things I say to my wife.

((A/N: Mentions of past abuse for both Harry and Sirius, and a discussion of bullying and racism here at the beginning))

“Hey Haz, how was school?” James asked. It wasn’t a completely innocent question because Harry had been having trouble recently, but he hoped his tone was light enough that Harry wouldn’t feel like he was interrogating him.

“Fine,” he muttered, in that way that always meant it hadn’t been fine.

James looked up from the essay he’d been reading. If it were Sirius, he’d ask if Sirius wanted to talk about it. If he said yes, they’d start talking, and if he said no, that meant they’d talk about it later. But Harry had been neglected before he came to live with them, and letting him have time alone when he was upset didn’t feel the same that it would have to another teenager. Watching what he said around Harry was different than watching what he said around Sirius. He and Sirius had been figuring out what bothered Sirius at the same time, when they were both teenagers. It was a whole different playing field now that he was an adult and it felt like Harry was still a kid. Seriously, hadn’t he just been ten yesterday? And now, somehow, he was fifteen and dealing with shite that James had never had to deal with. James swallowed, trying to think of the best way to phrase this. “Was something bothering you?"

Harry clenched his jaw and stared at the floor moodily.

Wow, James really didn’t miss his teenage days. He’d been a pretty happy guy, and even he’d been fucking miserable compared to being an adult. "Was someone bothering you?” He might be way off base, but he remembered getting shit for being Indian at the prep school where pretty much everyone else was generationally British and pasty skinned.

“It’s no big deal,” Harry muttered. “I can handle it.” He shifted his bag on his shoulder then shuffled off to his room.

James set the papers to the side and wondered when Sirius would be home; he was always better at dealing with these issues when they came up. He blew out a breath and rubbed a hand through his hair. If he wanted to be a decent father, he was going to have to have these talks without Sirius doing everything for him all the time. He pushed himself up and walked to Harry’s room. “Hey,” James said, leaning against the door frame. He didn’t want to invite himself into Harry’s room without permission– Sirius had made sure to tell him about respecting private space because it had never been an issue when it was just them. “I- erm. I don’t want to pester you, but I also don’t want you to think that I don’t care. I know it’s been bad at school, but I can’t help unless you tell me what it is."

And then it’s the day of the double wedding of the twins. Sadly, most of their photo’s gone bad. Marcus and Hannah even had to pose for another (they didn’t mind).

The couples exchanged their vows after eachother. First Marcus and Hannah, then Matthew and Grace. After that they went on a separated honeymoon. 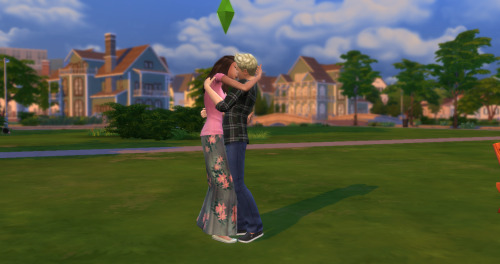 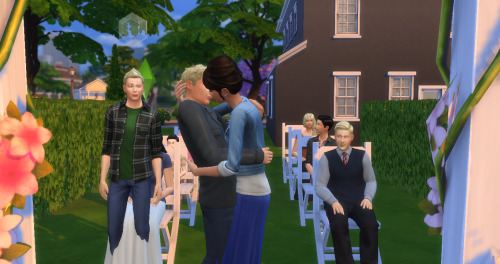 Wei Wuxian is late for a Conference. This is not unusual. That Lan Wangji was not with him and yet is also late for the Conference, is.

When Jin Ling, Lan Sizhui, and Lan Jingyi go looking for him, they find him in a shocking embrace with someone who is NOT Wei Wuxian.

Every single time I see him, I know that I’m not the only one. He’s married but I still loves him.

#rhink, #shitpost, #mine or theirs, #doesn't matter, #the crew is def having some fun, #married
11 notes · See All
sea-salted-wolverineText

#weddings, #married, #be happy
0 notes · See All
Next Page