IM FINALLY DONE THIS TOOK FOREVER AHHHH,,,and thankyou so much to everyone who’s reblogged/liked the individual cards!! i’ve read all the tags and i have to say i really love you all <3

anyway they’re all tagged as #tarotart on my blog :D i’ll reblog later with a link 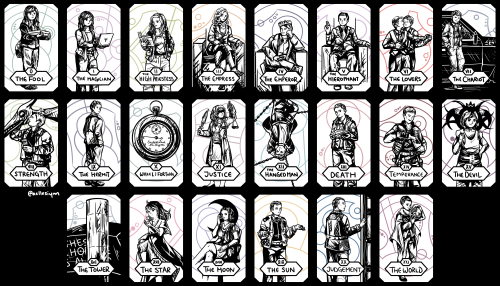 I decided to focus on WOC in TV. Specifically, WOC who are the main characters in their own story, and not just someone’s sidekick or love interest. Which forced me to confront the fact that a lot of my old favourite shows like Buffy and Veronica Mars sadly don’t qualify. But on the other hand, I think that we are getting better? And there are increasingly many WOC-led television shows like Jane the Virgin and Never Have I Ever. And I could have easily had three or four characters from the Expanse. Progress?

8. Yennefer of Vengerberg, the Witcher

Ten: I said I was sorry.

Donna: Here’s an easy way to remember it: Inside of every “but” is an asshole.

#the dynamic trio of martha rose and donna, #together they encourage each other to not put up with ten's bs, #doctor who, #martha jones, #rose tyler, #donna noble, #the doctor, #tenth doctor, #incorrect doctor who, #source: the santa clarita diet, #i'm making stuff
20 notes · See All
peregrin243Text

Does anyone else have a TV, book or film character they hated when they encountered them as a teenager/child but now their an adult think are amazing?

Mine’s Martha Jones from Doctor Who. I really struggled to engage with her because at the ripe old age of 11 I was intensely invested in Rose10 and I was absolutely furious and grieving that Rose was no longer going to be a part of the show. The only issue I had with Martha was that she was not Rose but as a child that was a huge enough one for me to completely take against her.

I had a similar issue with Matt Smith’s Doctor a few years later except it wasn’t as extreme because I was a bit more mature.

As an adult I can see how fantastic Martha is, she’s kind, really smart, accomplished and in some ways more mature and healthier about her feelings (unrequited love) than t he Doctor is. If it wasn’t for the context of me grieving Rose’s departure I would have adored her.

I was just wondering if anyone else had had a similar experience. This one sticks out for me because I was so busy with school and extracurriculars the only TV I watched was Doctor Who and Merlin. That adds up to less than an hour a week when you consider that they rarely overlapped, so as a result I got super invested in both.

thank you!!! tenrose is my FAVORITE. psa to anyone,,, i am so here for doctorrose,,, so unbelievably here. 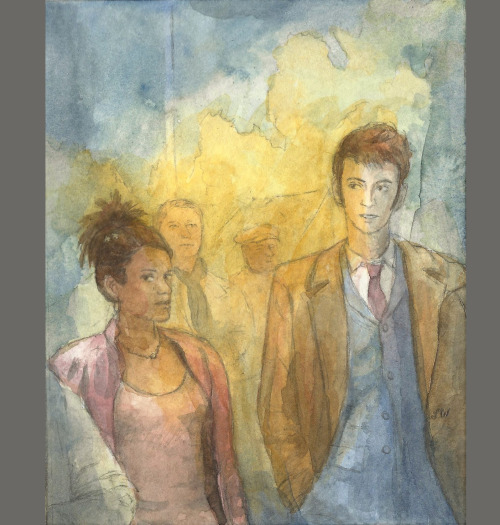 “I spent a lot of time with you thinking I was second best. But you know what? I am good.”

IM GONNA DO IT IM GONNA WRITE IT 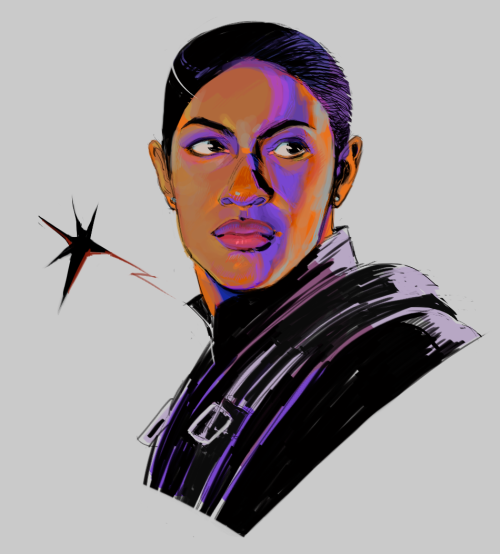 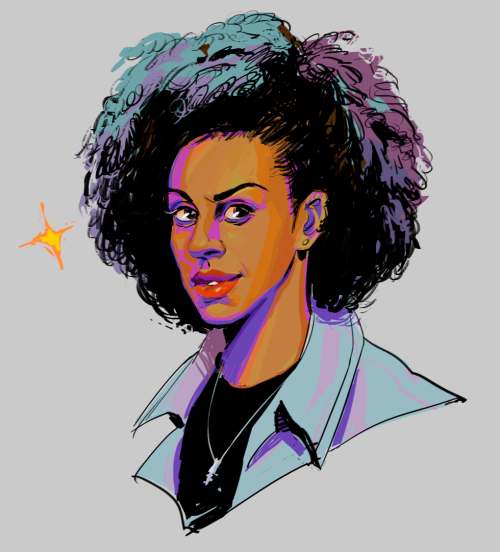 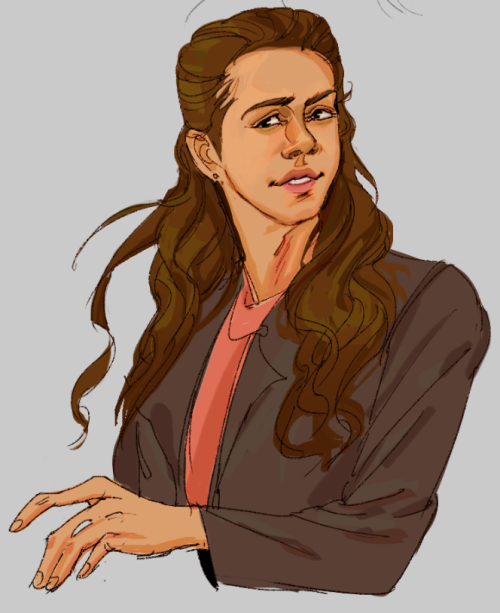 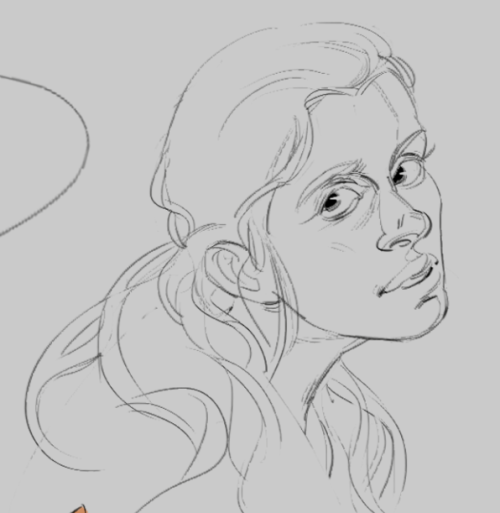 After a truly…absurd amount of consideration I have created what I think to be a superior version of season 3 of Doctor Who with only relatively mild changes. (It is of course possible to theorize on what could happen if you entirely rewrote the season but I’m working within the frame of the existing episodes. Like if someone had handed me scripts to edit in 2007, these changes could have reasonably been accomplished in re-shoots)

I’m going to do everyone’s dashboard a favor and throw this beneath the cut because it really got far too long but I think it’s worth the read if you think Martha Jones deserved better.

#doctor who, #martha jones, #season 3 rewrite, #this was spewed at 2:30 am, #and you know what?, #im fucking proud, #like it still wouldn't be perfect, #but within these restrictions, #i would be most pleased, #i will not be posting at 2:45 am though, #y'all dont need to know how i live, #also i want people to see it, #and this isn't peak hours
39 notes · See All
mcrthajcnesText

#best character ever hmm, #y'all are done with me talking about her but i don't care, #martha jones, #doctor who, #sarah goes off
15 notes · See All
blitzgraybeardPhoto

Y’all i’m re-watching s3 of Doctor Who on HBO Max and it is taking SO much restraint to not flood my dashboard with Martha Jones content.

She’s just so fucking good and deserves so much fucking love from the fandom but y’all imbeciles have no taste. ugh

#she's perfect actually, #i will hear no contrasting opinions, #because those are emphatically wrong, #martha jones, #doctor who, #idk why but quarantine, #made me seek british space alien escapism again
16 notes · See All
claraaaaaoswinText

(always been a huge dw fan, lockdown has just brought it all out again)

but tbh i love every series of this stupid show

(planning on turning my main @dirty-heart-strings into a aesthetic blog, so if that’s your thing head over there :))

He never raised his voice. That was the worst thing, the fury of the Time Lord. And then we discovered why. Why this Doctor, who had fought with gods and demons, why he had run away from us and hidden. He was being kind. He wrapped my father in unbreakable chains forged in the heart of a dwarf star. He tricked my mother into the event horizon of a collapsing galaxy. To be imprisoned there, forever. He still visits my sister, once a year, every year. I wonder if one day he might forgive her… but there she is. Can you see? He trapped her inside a mirror. Every mirror. If ever you look at your reflection and see something move behind you just for a second, that’s her. That’s always her. As for me, I was suspended in time and the Doctor put me to work standing over the fields of England as their protector. We wanted to live forever. So the Doctor made sure we did.

Seeing them all in the TARDIS just puts a smile on my face and makes my heart burst with happiness. It’s totally fan service but I love it 💜

#I know I just watched it for the first time last night, #but I’m still thinking about it, #this moment makes me so happy, #just look at them all together in the tardis, #all happy and smiling, #I love this scene so much, #donna noble, #martha jones, #rose tyler, #sarah jane smith, #jack harkness, #mickey smith, #jackie tyler, #tentoo, #metacrisis doctor, #tenth doctor, #tardis family, #journey’s end, #doctor who
66 notes · See All
spockvarietyhourPhoto 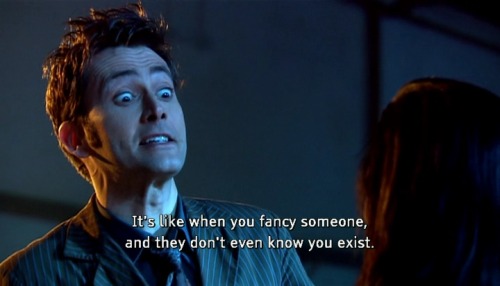 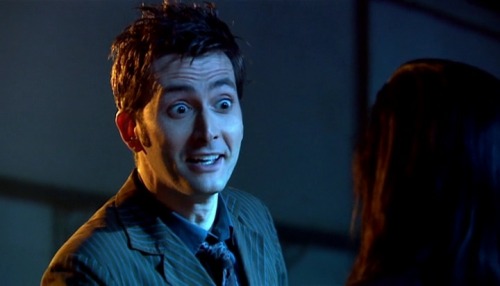 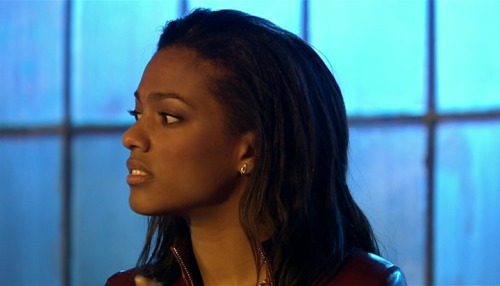 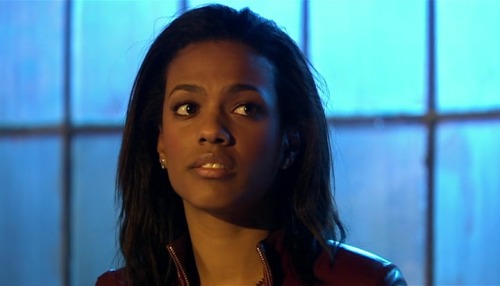 #Doctor Who, #Martha Jones, #10th Doctor, #The Sound of Drums, #Freema Agyeman, #David Tennant, #Not a DW Rewatch
30 notes · See All
Next Page