#IF WANDANAT/READER CAN EXIST SO CAN THIS#I’m talking proper balanced poly wandavision/reader fanfic in the style of a wandavision episode#a lot of saying the word wandavision#but the main point is! Wanda/Vision/Reader fic (im begging with my whole soul no sub/bottom reader even if it’s not smut I can sense it)#if god didn’t want me to be this way he wouldn’t have made me bi. ​also! mental illness and being attracted to hot people#the MCU can choke rn like I’m so over it and I do not care but wandavision is interesting and I am paying attention for many reasons#wandavision#mcu#bold of me to tag mcu after saying it can choke BUT! get it out of Disney’s hands it could thrive again#marvel#marvel cinematic universe#wanda maximoff#the vision
0 notes
butfirstwine
Text

Again iv seen people theorizing that Wanda created this altered reality based off of sitcoms she watched in her youth…and while I’m not here to start a argument or claim anyone is wrong…my question is if she is the one that created this new reality then why is she skipping through the decades so fast???

Why not play out the 1950s sitcom to its full extent, and just keep channel hopping after each “sitcom” ends its “seasons”, that way this altered reality last longer, and why broadcast it to the world if you want to keep it a sort of secret?

At the rate it’s going this altered reality will end sooner then later, which is just another reason why I believe that some else created this altered reality based off of Wanda’s own desires and history. And they created it for a specific reason (the twins, Wanda’s Power etc), which is why it’s skipping decades so quickly.

They’re too oblivious of each other’s feelings, so the cloak decided to help them out ;)

Clint: Aw, thanks! You’re a little late though, my birthday was on the seventh.

Natasha: No, I said “bird day”. I was celebrating Sam.

Clint: But what about my birthday?

Natasha: Go celebrate with someone else who actually cares.

Hi, I am sorry but I don’t know what to tell you. I am drawing a blank on so much right now both in my own writing and just anything creative in general. I wish I had something specific for you. I really do but at this point the best I can do is point you to the vague response I made before.

I am so sorry and I do apologize, profusely but I can’t think of anything specific I want.

Okay I am very much into marvel and the two people I talk to about this universe are MIA (one is extremely toxic and the other is in the military) so if you like marvel cinematic universe then hmu my favorite characters are Wanda maximoff, Hawkeye, black widow and the winter soldier

Pepper: I know you’re deflecting by making jokes about how hot you are 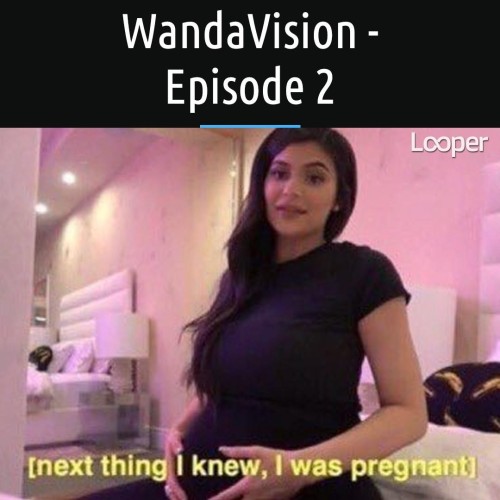 “Were you scared that day?”

“Scared? I was out of my mind scared. I didn’t think I was going to make it.”

“But you got up? Even when all hope was lost? Even when you were scared?”

“Because no matter how scared I was, I couldn’t stay on the ground.

It was hopeless — Thanos had an entire army, and we — we were three men. But we couldn’t stand down. No matter how broken the shield, I had no right to do any less than what I believed in. And even if it took my last breath, even if my hands shook, I had to plant myself on the ground. I had to stand up for everyone who couldn’t. We couldn’t let him win. And even if his army took us over, there was no way we would’ve surrendered without one last fight, because we already failed once, and God I would’ve rather died than never try again. Because that’s what you do — you stand back up. No mattered how scared you are, no matter how much it hurts. You stand back up, and you tell the world that you won’t settle for any less than what you think is right. You stand back up, and you hold your head high, you look despair in the eyes and you say “I’m strong, I will not stand down”. It doesn’t matter if your voice shakes, if your heart beats so fast you think you won’t get through. Because you will get through. You’re scared, you’re hopeless, but you’re so much stronger than you think you are. You get back up, relentlessly, until your last breath. You get back up.”

— Steve Rogers remembering the time he faced Thanos’s army all alone with nothing but a broken shield and his last ounce of goddamn bravery.

I think Agnes’s Husband Ralph will become very important. I had a feeling there would be an unseen in this show. Will see what Ralph will look like in the end but he’ll be a monster.

Summary: Jack finally comes to the conclusion that he needs some help with his off-the-books investigation. Unfortunately, the only person who can help him is Agent (Y/L/N), the woman who hates his guts.

A/N: Thank you all so much for reading, and I hope that you enjoy!

Just once, it would be nice for something to work out in my favor, a frustrated Jack thought to himself, just once. After weeks of searching through countless Los Angeles telephone books, he’d finally made contact with an old Navy buddy from the war that could help him with his ongoing off-the-books investigation. Unfortunately, the man turned out to be absolutely useless; though he’d been an assistant codebreaker on a Navy Destroyer for several years, Seaman Luther Pulver hadn’t a single clue as to what sort of code was written in Peggy’s ‘uncovered’ file, the file that chronicled her supposed war crimes and the one that had been gifted to him by Vernon Masters. And to add to Jack’s growing annoyance, Pulver had innocently suggested he get into contact with a Bletchley Park codebreaker for assistance, unaware that the Chief of the New York SSR worked not twenty feet away from one and that she hated his guts with a fiery passion.

so i just started this charming little 50s sitcom- 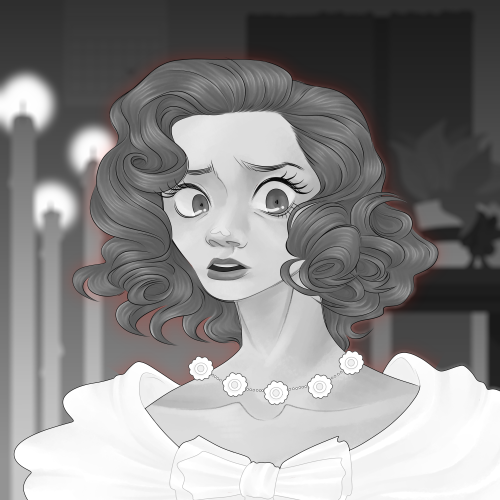 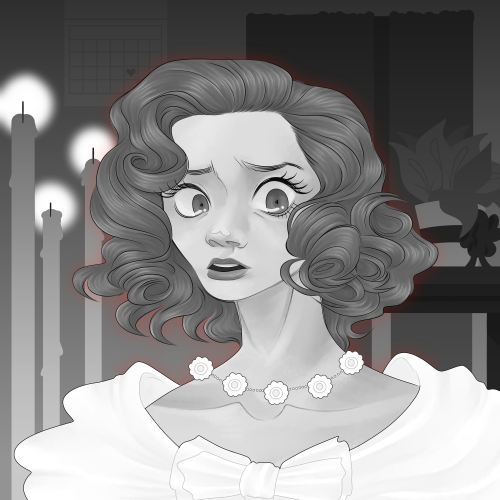 A good look at the upcoming Eternals!

From left to right:

okay but can we create an ant-man appreciation society called the lang gang?

On the off chance Mephistos is the puppet master behind Wanda’s sitcom prison - Then what if he is the actual father of Wanda’s soon to be twins???

What if he trapped her in her own slice of paradise just to get her pregnant? After all there is a heavy emphasis on children since day one, maybe he has some higher purpose for the twins?

It would explain her accelerated pregnancy, and why there is such a heavy emphasis on children. Especially since Wanda has never given any indication of wanting children before now.

Heck maybes Vision isn’t Vision after all - it could be Mephistos disguised as Vision. Or maybe Agnes non appearing husband is Mesphistos. 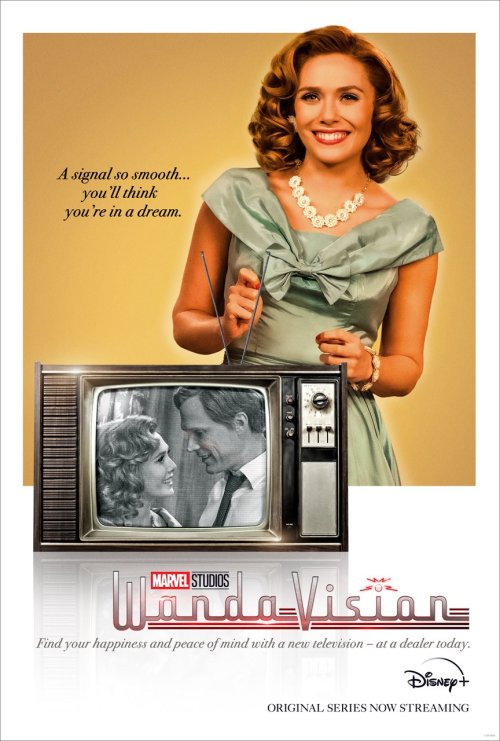 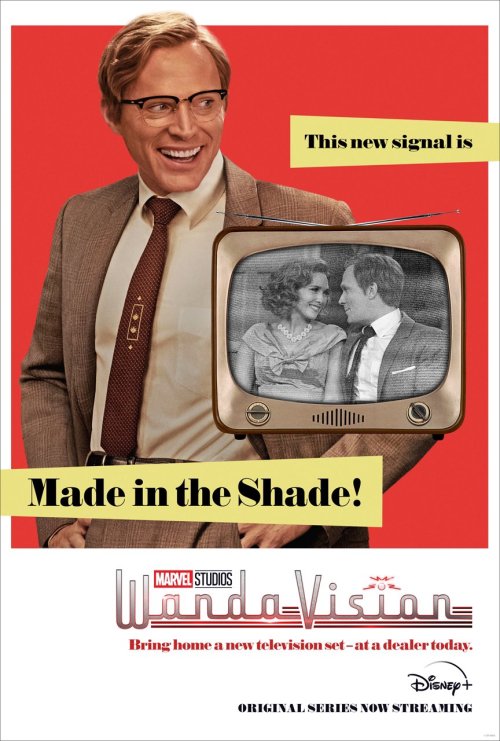 Not y'all making theories of MJ losing her memories of Peter just from some set pics– stOP OK I CAN’T DEAL WITH SUCH FEELINGS IM SENSITIVE,, I’M STILL NOT OVER HOMECOMING AND Y'ALL THROW THIS AT ME SMH

(these are the set pics I’m talking about btw,, credit mentioned in the pic)