Any Natasha Romanovs out there? I really would like one to RP with, even if we’ve messaged before. Im sorry I’m a potato.

//Anyone wanna help me get Wanda muse going again? Like or reblog and I’ll write you a starter :3

Any Natasha Romanoffs out there?

She’s a favorite of mine and Jake’s. Please, I feel like my muse is slowly dying…

Honestly, Harley didn’t know just how blind sighted she could be until she laid her eyes on Dr Stephen Strange. It most likely wasn’t supposed to be anything more than a meeting of the Avengers, when her father invited her tag along, but he just happened to be there, as much of an outcast as her. One shake of her hand in introduction and the 23-year-old fell hard, much to her father’s bewilderment and Tony’s absolute glee.

At first, she hated it, more chagrined than anything. Not only was he at least 40 years older than her (she really didn’t know for sure, having only met him a few times), but he was also crabby, grumpy, secluded, introverted and completely out of her age limit and league (also to her current knowledge). There was no way for something, if anything, to happen and anyway, she was sure Stephen would never look twice as a girl like her.

She might have been the daughter of Steve Rogers and Margaret Carter, but she was never as bold as them. She had even been embarrassed when she won her scholarship to CalArts 5 years ago. Then again, if it wasn’t for her movie, she wouldn’t have been here in the Tower for the last 3 and wouldn’t have gotten to know her father as the man she respected today.

Currently, the aforementioned art prodigy was working on her next project and using Stark’s big ass projector screen in the lounge room as a test subject for what she was drawing so she could see what needed to be changed. No one currently was in the Tower and those who were, knew well enough to leave her alone when she was drawing. She’d sometimes acted like Bruce on occasion when interrupted and given her strength, it was better to leave her be.

She had been working on a particularly hard drawn cell at that moment when she heard someone clear their throat behind her and she quickly covered up her work with paper and her sketchbook, turning around fast. “Ah, Dr Strange. I apologise, I wasn’t paying attention. How may I help you?”

//New Morgan Stark blog. Sideblog to romasorceress. I’m kind of excited to flesh out my own version of Morgan. I fell in love with her immediately. And tbh I need all of the Dad!Tony things. Soooo, hmu with that. And just all of the Avengers spending time with her really. Cause they’re her family just like they are Tony’s. <3 <3 <3

Hello!  I’m Tristan and this is my new role play page!  I have multiple muses (Clint Barton, Bruce Banner, Steve Rogers, Peter Parker, Danno, Eddie Kaspback, Sam Winchester, Little Joe, Kirk, Leonard “Bones” McCoy) and I have been writing in the RP community for probably over 5 years.  I wanted to find a place where I could compile all my muses in one space.  I write mostly hurt/comfort and wump, but I like to throw a little fluff in there for good measure.  I love writing, so please send any and all starters/prompts my way!  I do work full time and have weird hours, so I can’t promise a quick reply, but please do send me stuff, I love writing and finding new friends to write with :D
Just as a note, I am smut friendly, but will only write with those who are 18+.  I am 24 and have no interest writing smut with minors.

If you’ve been here since the beginning of this blog, congrats, this is my last time starting over from square one and, while I am keeping all previous headcanons and character info, all meetings will be new and anybody he’s met before, aside from people in his own personal past, will be treated as new people.  I’ve dropped all old threads and will only be starting new ones.

That being said, anyone wanna RP?

“Where the hell are you? This place is fancy and I don’t know which fork to kill myself with.”

//I really want an AU where Erik/Magneto raises his kids. I need it like I need air 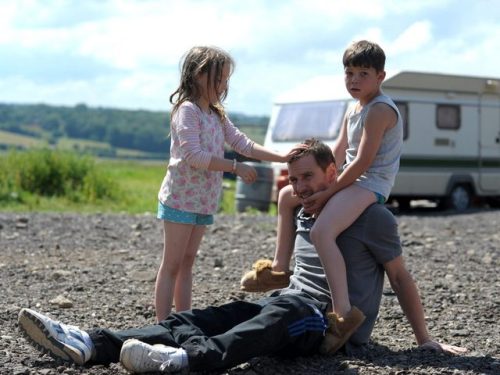 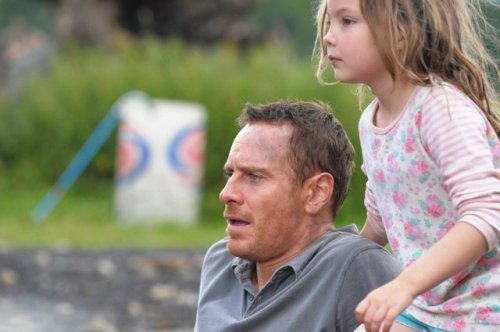 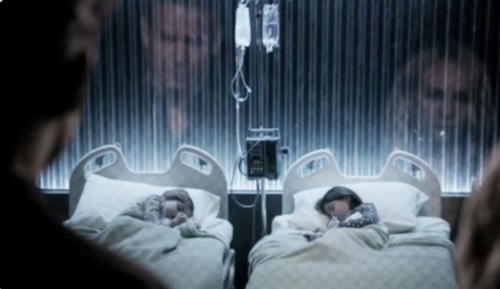 //so I have two sideblogs from this account. I can’t make promos for them right now because my laptop isn’t working, but if you would like you can go follow them! @ikh-zavetnyy (daughter of Wanda & Bucky) & @captains-legacy (daughter of Wanda & Steve). I’m rather in love with ikh-zavetnyy because it’s their cherished in Russian. Well the English pronunciation of the Russian term. The actual Russian is их заветные

“Hey, don’t patronize me! I wasn’t born yesterday! I was just given life yesterday!”

@youzipit Why did she come back here?

Why did she come back to the one place that gave her nightmares, walk the streets of the town that broke her down, beat her up, tortured her and then raised her?

Despite the risk she posed being here, both because people knew her, knew her mother, knew who she was, she had no place to go that was safer.

In her mind, the place she was least expected to go, to run to, was the best place to hide from being found and after Cap had left thanks to Tony being an asshole and Sam had gone with him…she couldn’t take being in Stark Tower anymore. Not after she had found out what had been left behind.

4 years, 6 months and 24 hours to end up on her mother’s doorstep, their old home for so long, a place she had declared, no, swore she would never see again, not after what forced her to be placed with her father in the first place.

Rain thundering loudly behind her and soaking wet to the bone, she reached out a shaky hand to knock loudly despite herself, shivering as she waited to see if there was an answer.

@sciencebanner She woke up to find the whole world screaming. That was how it felt.

The ringing in her ears only heightened it as she broke into a run nearing Stark Tower, desperate just like the rest of the people around her.

She’d seen him come. Thanos. She’d seen him come to Earth, watched as one by one, though Tony’s suit camera, he had defeated her friends, hurt her father badly and before she blacked out from wailing…she watched the love of her life be taken too, half the world going with him.

She should have been there, beside him fighting, but was also thankful she wasn’t and she was sure her father and perhaps Tony, who was most likely also grieving, would feel the same. Right now, she needed to find them.

She needed them to know she was okay.

(If interested on roleplaying with me, feel free to message me! Ill start them today should any one be interested. Only one persom has dm’d me surprisingly.)

He wasnt ignorant. Maw knew the woman was upset. Any typical person could see that. It stood to reason that a man of his intellect understood on some scale. She did well to cover it up but it was apparent that something was lingering at the back of her thoughts.

Then again that could be due to the fact that she was seemingly forced to follow the enemy. How she could despise Thanos so deeply, was beyond him. But of course Ebony Maw had vastly differing views of his master. Thanos was death.

Everything he came into contact with seemed to perish. But in the Black Order’s eyes all that man had done or would do, was with just cause.

They traversed on foot for a decent while before reaching the halo-shaped hull. Upon arrival, the henchman held a hand out at the hatch. His eyes narrowed as a sardonic grin crawled across his maw, no puns intended. He leaned down to meet face to face with the woman before speaking.

His eyes reflected against the flames in the distance, his cold gaze stirring a foreboding feeling in the depths of even the boldest of saviors. He watched the uncertainty as it lingered on her face before she reluctantly traipsed into the ship.

"Why settle for so little when you could have it all?” Maw crooned as he strode by the woman. “Every one yearns to be part of something greater. And here you are; practically fallen into my lap. Let the children of Thanos show you the bigger picture. Let us give you what you long for most.” He raised a palm and dawdled his fingers which surged the ship into power. The engines kicked on with augmented whirring and Maw lifted his chin with pride.

“You are nothing. Peon. A nobody in a universe full of somebodies.” His words ultimately seemed like condescension but as he continued, the meaning changed vastly. “With some one like me, like us, you could be so much more than what you are.” His voice was an eery lull.

“What you choose will determine your fate.” Maw’s expression went stoic as he watched Athene.

So long story short! I’m having a sick day, and with recent events (watching infinity war) I would love to do a role play! I like playing Bucky Barnes and will do almost any ship with him! I write literate (usually third person paragraph format) if you have any other questions or would like to rp please let me know! You can message me on here or on Kik (username is dirtmuse)!

Indie and selective Marvel OC
~ Sean Rogers
Former MI6 operative.
Rogers, the name known around the world. My name, a name to UPHOLD. 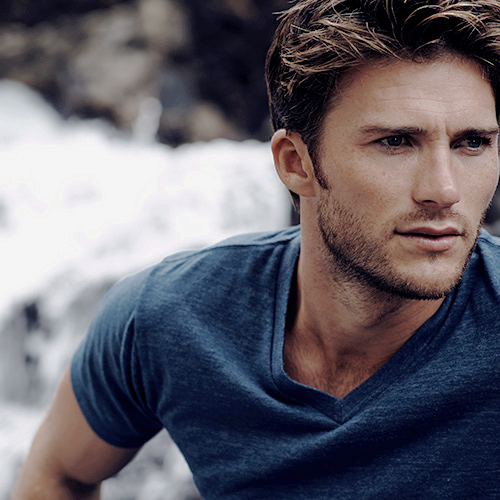 //speaking of Wanda, I have a Wanda blog if anyone’s interested. Though I will say I tend to not use Elizabeth Olsen that much for the FC, since she’s not Romani. Marvel erased part of Wanda’s character by not casting a Romani woman to play her, I decided to fix it by using a different face claim.

So after some poking and scrolling, I have discovered what a ‘starter’ is. I like that idea, but I also like the idea of being able to work out a scene with someone if they’ve got something specific in mind with a certain character. Perhaps I’ll toss a few out there to see what happens, but please feel free to message me if you’d like to work something out.