“James,” you retorted with sass, eyeing him with a challenge. Go ahead and try, was the basis of the look. You weren’t playing.

“It won’t be comfortable for you,” Bucky aired his concerns for the first time since you brought up the topic of cuddling.

“Says who? Big strong handsome man and I’m wrapped up in him? That sounds like heaven to me,” you reached up and tweaked Bucky’s nose playfully, smiling at him. You caught the subtle blush that danced across his cheeks and then vanished when he cleared his throat.

“No one wants to curl up with a big hunk of metal, Y/N,” Bucky’s voice was soft, embarrassed almost. He felt ashamed for what he was, what he looked like.

“Shut up, Barnes,” you sighed, sick of this behavior. You took his hands in yours and dragged him towards the bed. You then forced him to sit beside you, “Lay back,” there was a pause, “I won’t ask you twice.”

Bucky had to flash a small grin now at your stubbornness. He thought he could compete, but apparently not. The Winter Soldier leaned himself back against the pillows and the bedframe and you followed, resting yourself against his chest. You heard his heartbeat and smiled. He was every bit as alive as you, one arm or not. You wrapped your arms around his waist, but before doing that, you tugged at his metal hand to get it to move towards holding you in return. He was reluctant.

“Mmm,” you hummed in contentment once his heavy arms pressed down all around your shoulders and back. Yeah, the metal gave you a cold shock at first, but you got used to it extremely quickly.

“Now this is the life,” you complimented, smiling as you tilted your head back to look at Bucky.

Bucky didn’t verbally respond. He kissed the top of your head and leaned back more, trying to get more comfortable.

About twenty minutes passed. You shared small talk with the Winter Soldier. Then when you were getting tensed up from staying in one position, you sat up, “Okay, switch.”

“Good luck with that.”

“Buck,” you practically whined, “We’ll make it easier on me. Ready? Take it off.”

“What is that gonna do?”

“Will you please not question everything I’m saying! Geez!” you had to laugh or you would hit him.

Bucky shook his head but smirked at you. He got out of bed and went to the bathroom so he could unhinge his prosthetic. When he came back out, he saw you smiling broadly, laying on the bed.

“It means you’re lucky I let you do this.”

“C’mere, stud,” you opened your arms wide, ready to accept him.

Bucky crawled into the bed and you lay in a sort of big-spoon, little-spoon kind of set up. You could easily fully wrap your arms around Bucky’s waist and that’s where your arms stayed. For now, you peppered kisses along Bucky’s shoulder and upper back and behind his neck. Your hands were feeling a bit bored as they sat where they were after a few minutes of stillness, so you started tracing patterns on Bucky’s side. The sudden intake of breath and the jerk backwards into you gave you enough of a hint.

“Ooohhh,” you sung in a teasy whisper.

Your nails started scratching at the dip in Bucky’s side, back and forth in gentle sweeps. He snorted and his whole body started shaking.

“Y/N,” he choked out, trying to hold back any real big laughs. His one arm was currently pressed underneath the side matted to the mattress. His hand weakly batted at yours. But you had free rein on this uninhibited left side of his and you weren’t going to back down easily.

“Something bothering you, dearest?” and now you were teasing. Your nails fluttered against the thin fabric of Bucky’s shirt, right above his navel. Bucky’s head now jerked back as he barked out another laugh.

You wrapped one leg around one of his to help keep him even more pinned, and now your hand was scribbling without abandon, up and down and up and down from his hip all the way up to his used-to-be armpit.

Bucky was shaking and laughing, hard.

Now it was your turn to snort, “Not fair!? Who’s about 90 pounds heavier than me in pure muscle? Who’s the super soldier here? Not me, buddy.”

That resonated with Bucky. What was he thinking? Of course you were right. Bucky used his one arm to push himself up off the bed to free that arm and then he twisted himself around and caught one of your wrists. Your eyes connected for a split second before Bucky latched onto your hip and squeezed.

With the tables turned, Bucky got revenge for another minute or so. And then you each lay side by side on the bed, both smiling. You scooted yourself closer to Bucky and cuddled with him once more. It was Bucky who asked for cuddles the next time he needed them.

Story Summary: Working on a farm in the summer heat with no water was not your best decision. Thankfully, someone’s there to help.

Author’s Note: I may or may not have forgotten to bring water to a u-pick farm like this, thus the inspiration. Also, Home and Confession’s next chapters are coming along - I just really wanted to write this today.

Disclaimer: I don’t own the characters so don’t sue me please. I just really like them haha

Summary: Nat confronts you about your cover story

Author’s Note: I basically wrote this for myself, but I hope it helps you too. If you  find yourself struggling, reach out a hand. There’s always someone willing to help pull you back. This is the end of the story, so thank you for reading it if you did.

Summary: Bucky owes you an apology

Author’s Note: I basically wrote this for myself, but I hope it helps you too. If you  find yourself struggling, reach out a hand. There’s always someone willing to help pull you back. I’m going to finish the next chapter, Nat’s, and call it there.

Summary: Clint’s always here for you when the dark begins to surround you

Author’s Note: I basically wrote this for myself, but I hope it helps you too. If you  find yourself struggling, reach out a hand. There’s always someone willing to help pull you back. This was just supposed to be a one-off of Steve reacting to you, but this is the first thing in a while I’ve written and I’ve gotten into a groove so I may do a few of the Avengers helping you or I may just end the story with this one? Not sure yet but I’m not going to push myself - not today.

Summary: When you find yourself struggling with depression, you realize it’s time to reach out for help.

Author’s Note: I basically wrote this for myself, but I hope it helps you too. If you  find yourself struggling, reach out a hand. There’s always someone willing to help pull you back

Petition for Maria Hill getting her own movie

BRUCE BANNER being the one to tell the government that THE AVENGERS are a threat is just… it’s poetic cinema.

Chapter Summary: When Bucky gets called away so soon after the boys start to accept him, how will they take to the changes?

Author’s Note: Okay look I tried the new style, I really did but by now I’ve prety much given up on it so I’m apologizin in advance if the styles jump back and forth!

Disclaimer: I don’t own the characters so don’t sue me please. I just really like them haha 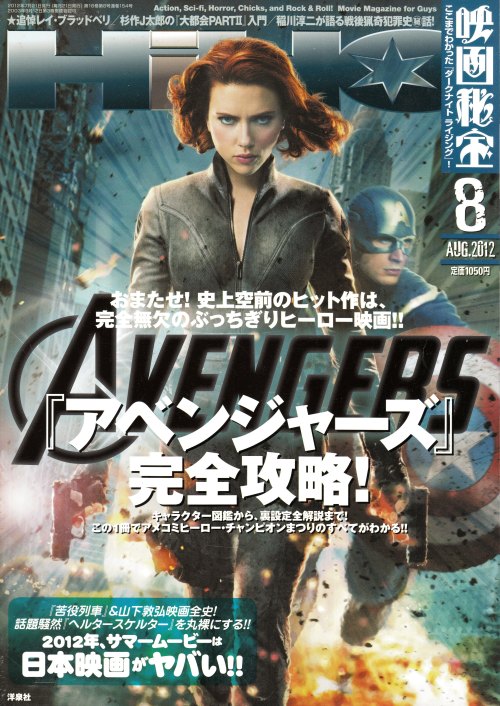 Reblog if any of them is your favorite, too. 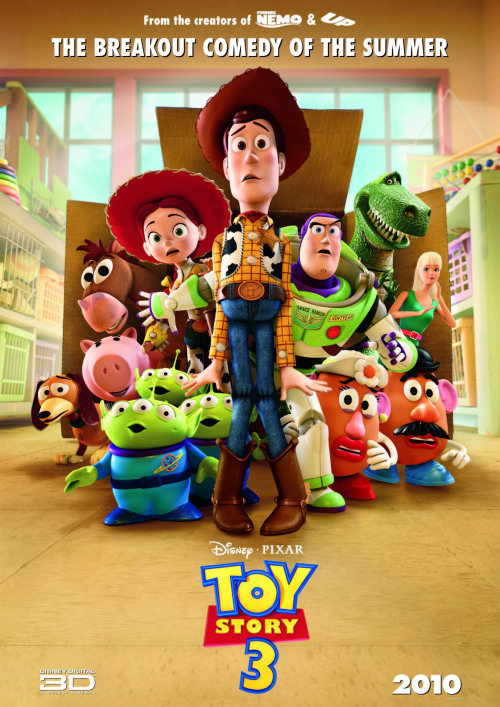 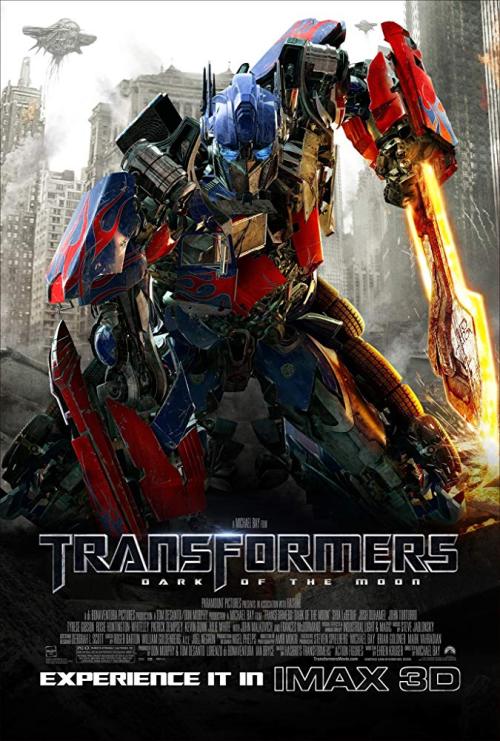 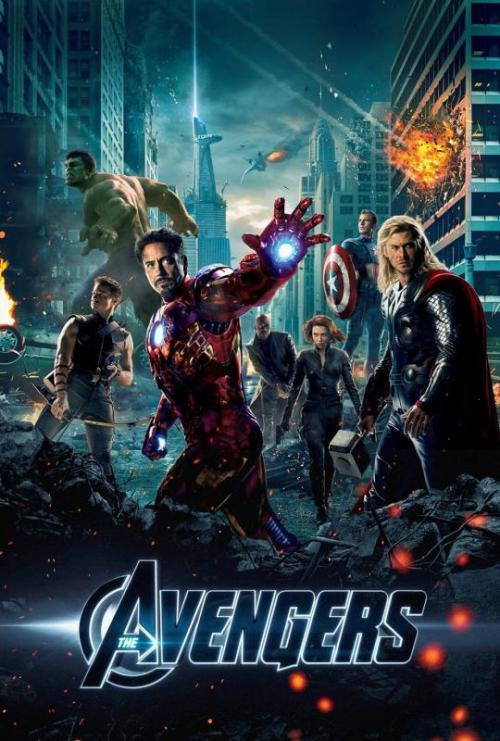 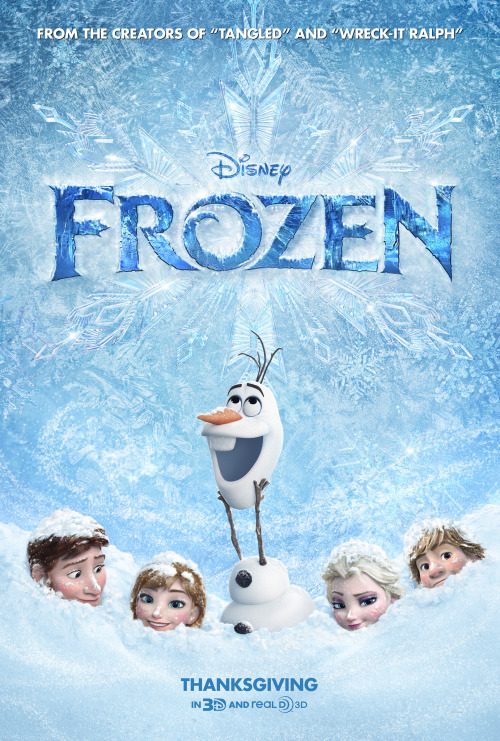 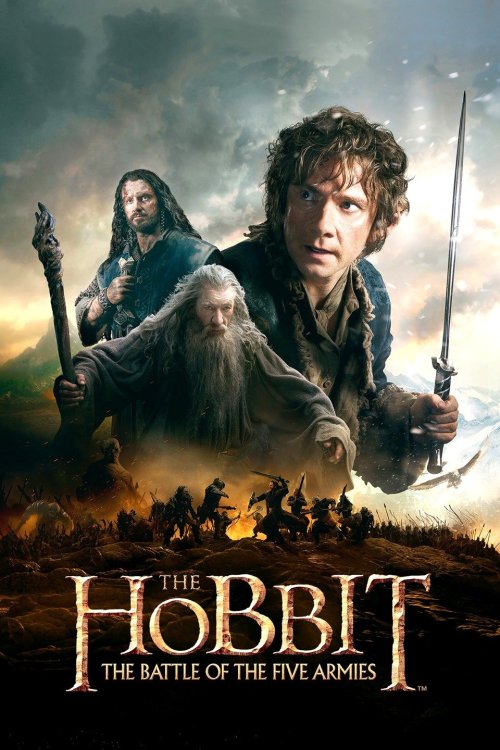 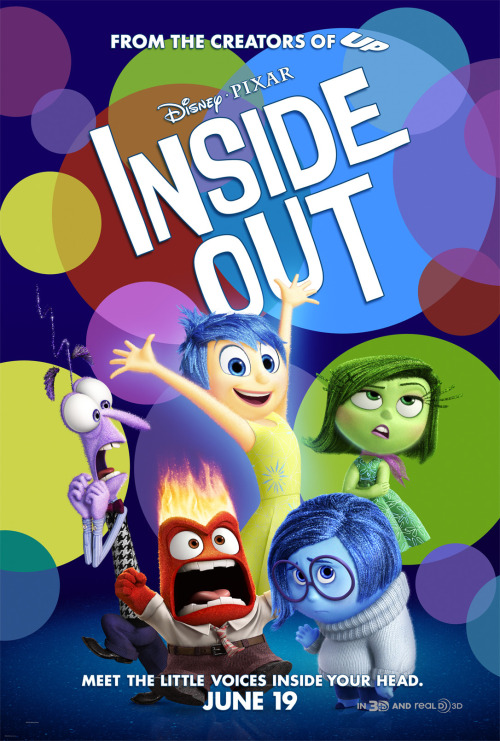 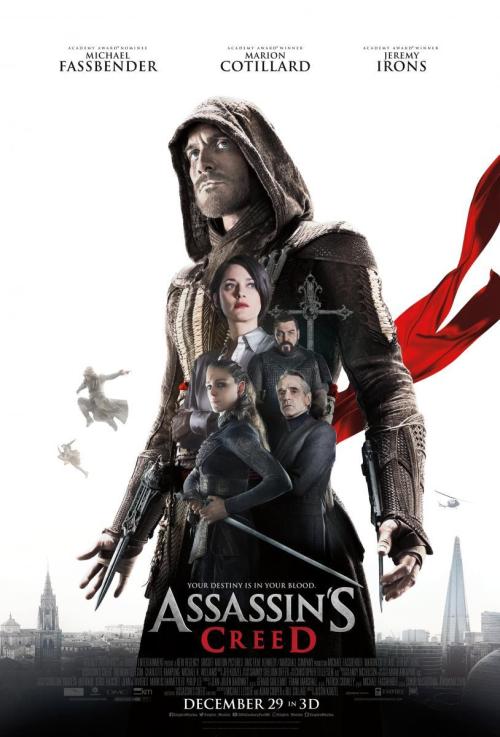 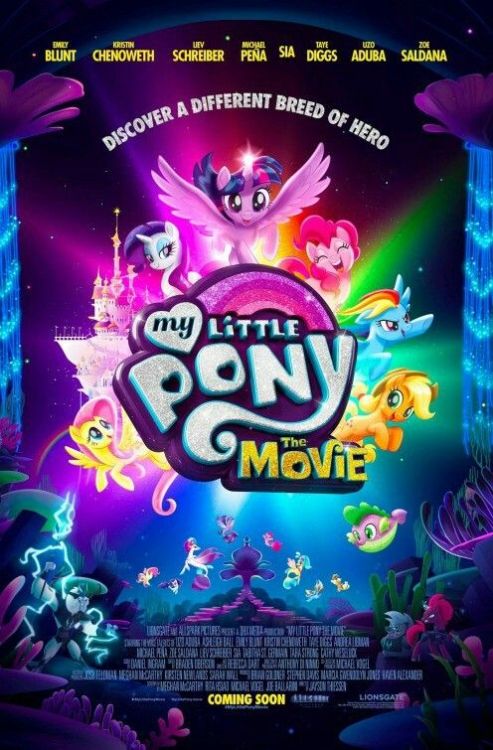 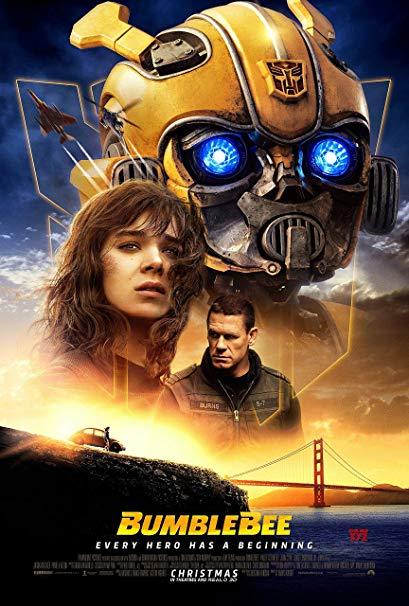 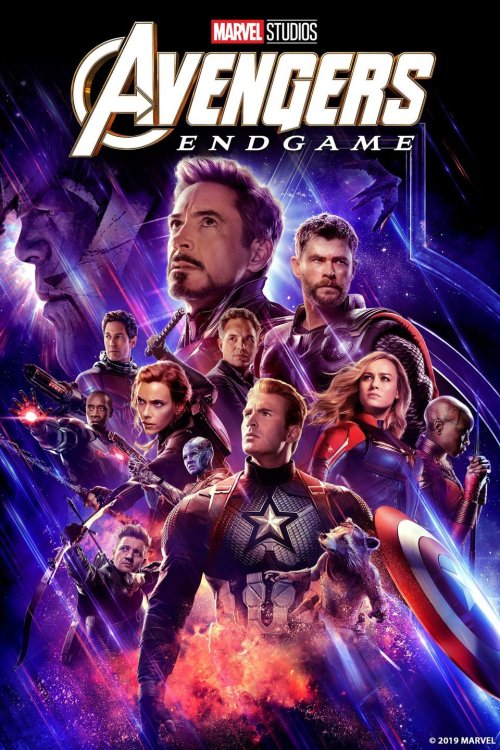 sam has six and they’re tired of all this bullshit

bucky has two, both are feral

t'challa has three. two of them are working really hard but the last one is constantly doing backflips and always ends up knocking the other two over

peter has five, but it’s actually one of them that does all the job. out of the four that are left two spends the majority of their time making vine references and the other two are just crying

scott slowly lost all of his when he was under house arrest, so he replaced them with ants. there’s still a couple of them somewhere deep inside of him though

wanda has one, but she sometimes borrows another one from steve

vision is a braincell 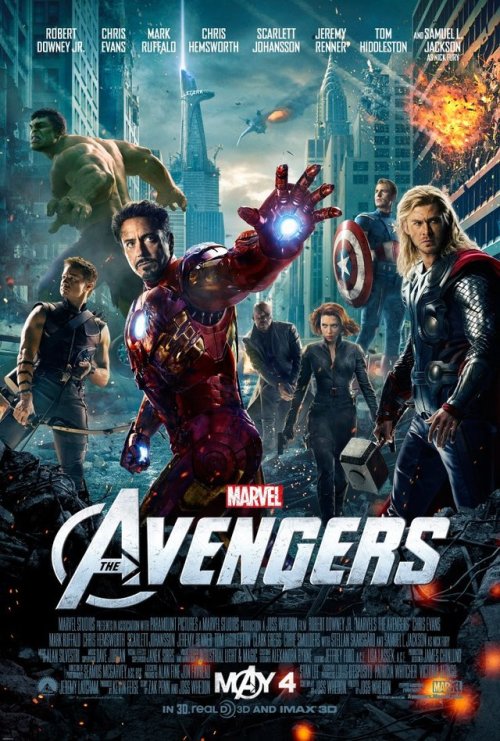 is the same actor that played the man I’m convinced married Peggy in her original timeline Daniel Sousa in the Agent Carter series:

And now I have a new head canon that that is Peggy and Daniel’s grandson. I dare you to change my mind on this.

#Daniel Sousa, #Agent Carter, #Marvel's the Avengers, #I also subscribe to the theory that Steve created an alternate universe when he went back and stayed with Peggy, #So Daniel got his happy ending with her too, #just in a different universe, #gotta love that multiverse theory
12 notes · See All
dearspacepiratesText

Rewatching the Avengers is so much more fun after Endgame.

I suspect the planning was that when the OG Avengers story wraps up in the MCU this game was going to step in to fill the void….which I’m okay with actually

Remember when we all watched The Avengers (2012) for the first time, and thought Tony was dying