So I made a masterlist of what’s about to come and to have some form checklist over my work ideas. Thank you for reading and following! I would appreciate any thoughts/feedback.

DISCLAIMER - The edits made for the stories are mine but I DON’T OWN THE PHOTOS. Sorry for any mistakes - english is not my first language.

Different Perception Of A Person

It’s stupid, but it’s the easiest way to navigate I think.

All my work is tagged with #🥭. That way you’ll find everything I’ve written so far.

A lot of them do not have any content yet since I did not write much. I plan to write more in the future.

❧ The Wish of a Hurting Heart 🥀

❧ Can Blood Piece Broken Glass Back Together? 🥀 🌺

❧ Christmas Get Together 🌻 🌺

here you will find my many fics!

i have separate categories! 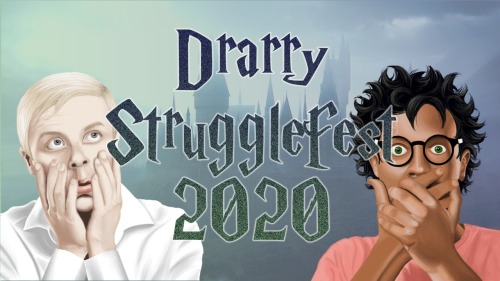 ↳ it goes without saying that this blog contains nsfw and dark content. i do plan to write more sfw content but please be aware.

↳ while i will predominantly focus on fandom based content, there will no doubt be (more) original work posting scattered around. check the masterlist for a better overview.

↳ all characters are over the age of 18. when writing, i generally visualise the characters as 25+ unless explicitly stated (ie. age play, still no younger than 18).

↳ i am pretty open to writing most kinks, just because it’s not in my tag list doesn’t mean i won’t write for it. it only means that i haven’t yet.

ultimately if you’re not sure, just ask.

▷       fandoms i enjoy or am interested in possibly writing about

↳ life is strange (all)

↳ for kinks, please see the list here. this is constantly being updated when new fics are released.

↳ i have the right to decline any requests i’m not comfortable with.

↳ please respect the above lists when requesting content

↳ please do not rush requests, i can’t guarantee how long something will take me to write, just be patient with me.

↳ please be as specific as possible with requests; vague requests will of course take much longer to write.

↳ i am happy to take comfort requests based on mental health difficulties, this would be a case by case review.

↳ above all else, please do not take it personally if a request is declined.

-Anthropology of Odor
https://www.david-howes.com/senses/Consert-Odor.htm
short list of characteristics associated to aroma by different peoples.
-The Hidden Dimension
http://index-of.es/z0ro-Repository-2/Cyber/03%20-%20General%20Science/The%20Hidden%20Dimension%20-%20Edward%20Hall.pdf
-Aroma, The Cultural History of Smell
ask me to send if interested.

↪︎Texting you when you’re on your period

A/N: Hi my lovelies! Sorry, I did not post today, I definitely needed today to just relax. I start training for my job tomorrow so I can get started with work, so I will be queuing up works to be posted in a timely manner. So stay tuned and I hope you enjoy this post, because gotta love that time of the month 🙃

When he is jealous (Ateez reaction)

Parts inspired by the show Soulmates (AMC), infused with an idea I already had

Warnings \ Themes: so much angst, like, deep angst, mention of a motorcycle crash, life after losing loved ones, second chances in love, fluff.

AN: I left Ava pretty open, without exact physical descriptions so anyone can read it and let your imagination run wild if you choose.

This was it. The last one. Ava wasn’t healed or over Halfdan’s death, but the meetings started to feel like a chore. Maybe she could do something else with her time? She contemplated never coming back after last week, but the allure of the stranger was too great.

Last week, he said his name was Harald. Who was Harald? Why did he haunt her? She was sure she never met him before. Still, she couldn’t knock the feeling that she’s seen him before.

During the meeting, Ava again chooses to stay quiet. All the other voices tune out as she focuses on Harald. Whenever his eyes catch hers, she feels a nervous little flutter rise, followed by brief anxiety.

When the meeting ends, Ava attempts a quick exit again. This time when she steps outside, Harald is already there by his bike. Stopping in her tracks, Ava comments about it before she realizes she’s speaking.

“That bike, it seems so familiar.”

Here is my absolutely crazy idea to make a full list of my inbox, WIPs, and upcoming fics. This was part of “Operation: Clean Mari’s Inbox Out 2021.”

Mostly everything left in my inbox should be on here, although I may have missed a few things. Please see my Rules and FAQ page if you have any questions on how I answer asks/why an ask hasn’t been answered or isn’t on here.

Under the cut so it can be updated occasionally.

reader with a tattoo of his works — vincent

reader who can fence — leonardo, comte, napoleon, arthur and jean

If We Only Loved Once

(Posts are scheduled over the next couple of days. You can also read the whole thing now on A03)

* Ofc is written very generally with no specific traits aside from being female. That way if any f readers want to “imagine themselves” they can but it can also be enjoyed by those (like me) who really love ofcs!

About: Two people on a quest to find their soulmates cross paths after heartbreak and loss.

- To be tagged for King Harald ask below

Parts inspired by the show Soulmates (AMC), infused with an idea I already had

Warnings \ Themes: so much angst, like, deep angst, mention of a motorcycle crash, life after losing loved ones, second chances in love, fluff.

AN: I left Ava pretty open, without exact physical descriptions so anyone can read it and let your imagination run wild if you choose.

It’s been six weeks since she started coming here.

Her eyes settle on the sign on the wall, Soulmates who have passed.

Ava didn’t know why she did this, or if it even made her feel better, but it was all she had. Though she never got to meet him, the loss of Halfdan broke her heart and her spirit.

Two years. Ava waited a whole two years after signing up for the test. Over that time, she endured a series of lackluster relationships while waiting for her match to sign up. The day she got the alert, it was like the skies opened up; the world suddenly seemed bright again.

They were supposed to meet. Then the crash happened, and he died. That was a year and a half ago.

this is where you can find all of my published works on this account. feel free to send a request in my asks if there’s something you want to see written!

icarus — everyone knows about the tale of icarus—by why hasn’t anyone told suna how addictive the sun really is? (gn!reader)

HERES THE LINK FOR MY RULES: fanfic rules

Takeuchi-sensei: (I know I’m not the only one who wanted to fuck him)

I need some opinions!

I’m thinking of doing a whump lyric masterlist for a bit of fun. For example, the lyrics ‘blacking in and out in a strange flat in east London…’ give off whump/angst vibes - I think it will just be interesting - also it will probably give people plenty of fanfic titles lol

If this is something that people would be genuinely interested in: I’ll create a google form at some point so people can contribute to the initial list (and then I’ll just leave my ask open for additional submissions later down the line)