i don’t think people understand the absolute gender envy i get every single time i look at mathew grey gubler like…..what even is this stop it I WANNA LOOK LIKE HIM FUCIEIAHSYBDSNNAAJA ITS NOT FAIRFSJNSAJS

i made this. it brings me great joy

#mathew gray gubler#lesbian-pride-layouts#lesbian pride layouts#mgg is the only true lesbian protector other than like ??? chris evans maybe#i just love him a lot#power to the lesbians#i think he would like this
1 notes
lovertaylorswift
Text

is anyone willing to take on the ambitious task of listing all of the CM episodes with the Jeid romance arc….? 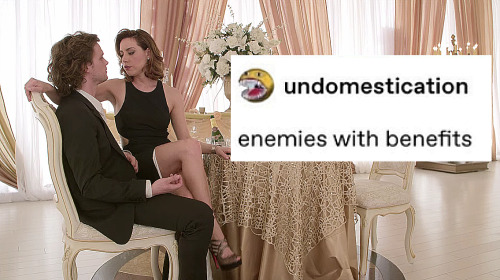 See, I would apologize for all of the Spencer Reid content that I’ve been re-blogging, but I’m really not sorry. MGG is just without a doubt the love of my life.  

I think someone said MGG had multiple gf’s in their twenties, meaning there was a pattern for what he was going for. If that is untrue, then there isn’t a pattern like with Leo. And you’re right in that; just because a relationship could be susceptible to a power imbalance does not mean that it occurs.

I might have forgotten how to breath, send help 😵

no thoughts. just this image.

Summary: You never thought it would come down to you having to walk away.

A/N: Hey guys here is a little angst for you guys. My goal for the year is to write a hardcore angst and hope to get some feedback on this. I hope you all are keeping safe and warm.

The day was like any day. Spencer would get up get ready and head to work. He would make breakfast for you sometimes and leave you a note. He had made sure to show you some kind of affection now and then. It was only after a couple months of living together did you start to finally see the little changes here and there.

The first thing you noticed was he stopped leaving you breakfast. It didn’t affect your thoughts since you knew he was rather busy with work. The next thing were the notes. They were quick and messy not like his usual neat and affectionate ones. There were less text messages and phone calls. Spencer was the most amazing guy you had been with but the feelings you would get were just too much to hold in.

“Maybe the cases are just keeping him busy,” your friend said, sitting across you.

“He is not on active duty right now. His superior put him on leave,” you said, taking a sip of your coffee.

“And he is not spending this time with you,” your friend said.

“No he is teaching a lecture at the FBI Academy,” you sighed,

“Have you tried talking to him,” they said.

“I’m hoping to tonight. I will let you know what happens,” you sighed.

You ended up spending the rest of the day chatting with your friend before heading back to your shared apartment. The apartment was empty and there was no sign of him being home yet. After taking off your shoes and leaving you bag at the door you grabbed a book and laid on the sofa. You had fallen asleep on the sofa when you heard him walk into the apartment.

“Yes, I know I will be in the office tomorrow morning to discuss the case with everyone. I will be back on active duty tomorrow and join the team on this case,” he said, placing his bag on the coat rack and his shoes on the stand.

“Spence, you are home,” you greeted with a smile.

“Yes, I will get with Emily and JJ in the morning,” he said, before hanging up.

You looked at him before he finally hung up the phone and walked to the kitchen. It took him a while to see that you were in the living room. It wasn’t until you spoke up did he finally notice you were home.

“Spence, can we talk,” you asked, sitting cross legged on the sofa.

The sound of the he answered caused you to flinch. You were once in an abusive relationship and had managed to get out of it thanks to your best friend. Spencer knew about it and would try to be there when you needed him.

“We haven’t really had a chance to go out on a date or actually spend time together and I was wondering if you have time we can watch a movie together. I mean we don’t have to go to the movies or anything we can watch one here in the living room together,” you said, fidgeting with your fingers.

“Y/N you are fidgeting with your fingers. That is a clear sign of you being stressed. I don’t see a reason for you to be stressed,” he said, eyeing your fingers.

“Can you not profile me please,” you said, trying to stop your fidgeting.

“I have to pack a bag for a case tomorrow. I will be gone for a while due to the case being in a different state,” he said, leaving you alone and heading to the bedroom.

You sighed before pulling your legs up to your chest. He came back after a while with a bag hanging over his shoulder.

“Are you leaving,” you asked, concerned.

“Yes, the case just became serious,” he said, slipping on his shoes and grabbing his other bag.

He walked out of the apartment without a single sign of affection. He had not even told you goodbye.

“Be careful,” you whispered.

You could feel your throat swell up and your heart ache. Tears started to stream down your cheeks as you pulled your legs closer. After a while you decided to call your friend and pack up your stuff.

“Hey, um can I stay with you,” you said once your friend answered the other line.

“Of course, do you need help packing,” they offered.

Your friend arrived in no time and helped you pack all your belongings. There was not much to pack since you made it a life goal not to carry so much around. You had made sure to leave him a note before leaving the apartment with the keys on the counter.

Once at your friend’s house the two of you unpacked and spent some quality friend time together. Your friend understood that Spencer was not abusing you and he was not causing you harm. He was neglecting you and at times ignoring your requests. Days had passed and soon that turned to weeks and then months. after the third month you realized that you had to move on and that he would not come searching for you.

“Y/N it’s been three months that just shows that he did not care about you. How about we have a girls night in and watch cheesy rom cons,” she said.

The two of you went out and picked up some snacks and take out before heading back to her house to spend the time you both needed together. You had still not heard from Spencer. The last you heard he had moved on and was now seeing someone new. You tried not to let it bother you because the person he was now seeing was someone he had met on a case he had been on during the time you two were together. It was ok because you were strong enough to walk away even if it meant leaving him behind.

You and Mathew are best friends and are lovers on the tv show you both are will it affect your friendship?

You and Matthew had just come from your shared home you are both well known actors you play (c/n) and you are Mathews characters dr.Spencer Reid’s lover recently it has been different you don’t know some different feeling towards your best friend at the moment you and Mathew and singing your favorite songs on the way to work you arrive you both bid goodbye to each other then go to your trailers your first scene is Reid and (c/n) are walking into the bau for the day and Morgan see them and starts teasing them you got ready

Mathew was already sitting at his ‘desk’. Ready for the scene you already did the walking in scene and walked to the desk and sat at the edge of it and shamar come over and said his lines “hello love birds “ you and Reid look over at Morgan and rolled your eyes “shut it Morgan leave it” he looked at you then look lovingly at Reid and kiss him. You and Mathew didn’t hear cut so you kept kissing and it was like everyone else had disappeared

(This is how I imagine it)

When you finally heard cut it was break and you ran to your trailer you heard Mathew not far behind you (Y/N)!” You closed the door before he reached you and slowly slided down on the trailer door “(y/n) it’s me it’s Matty come on let me in…” you kept quiet “you know…that kiss” here we go laughing at you god you were such an idiot kissing him” you looked up “it’s just I like you (y/n)” you were shocked did he…you stood up “uh Matty come in…” he walked in “I like you (y/n) will you go out with me” you smiled and hugged him “yes I Will go out with you” and smiled

I just finished watching all the seasons again. Might be my favourite show ever❤️

— posted this on instagram but decided i wanted it here as well ! enjoy prison reid …

summary : reader moved across country to join the bau. but ever since she settled into both her apartment and her new job , the strange feeling that someone is watching her developes.

— spencer reid + fem ! reader , stalking , please let me know if i missed something !

( … ) this fic and all its parts will include stalking , cursing , violence , mentions of an eating disorder , mentions of blood , and typical criminal minds case talk.

☹︎ this relationship could one time work ☹︎

Out of boredom, our new banner is MGG. No one can stop me

— prison reid and his fluffy hair