In case you haven’t read my new chapter: 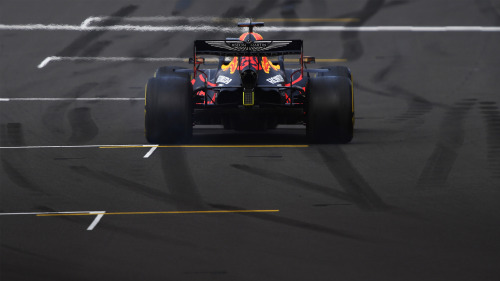 Not a Maxiel post but i just thought we all needed this shot of Max 🥵 You’re welcome! 😏

New chapter of In Love and War is up!

In which a brand new long overdue character is finally introduced! And Max is sad (as usual)

Just dug a little on Max’s past because of a fanfiction I want to write and I’m honestly gutted discovering all those things about J*s. I’m full of rage and crying

#I only knew max’s mother divorced him#not that he was charged FOR ABUSING HER#OR FOR FUCKING MURDER#I’m speechless#f1#formula one#f1 2020#max verstappen
13 notes
f1incorrects
Conversation
Lance
My boyfriend is too tall for me to kiss him on the lips. What should I do?
Max
Punch him in the stomach. Then, when he doubles over in pain, kiss him.
Lando
Tackle him
Pierre
Dump him
Charles
Kick him in the shin
Esteban
NO TO ALL OF THOSE. JUST ASK ME TO LEAN DOWN.
#lance stroll#max verstappen#lando norris#pierre gasly#charles leclerc#esteban ocon#aston martin#red bull racing#mclaren#alpha tauri#alpine#ferrari#f1#formula 1#formula one#incorrect f1#f1 incorrect quotes#incorrect f1 quotes#incorrect formula 1#incorrect quotes#source: tumblr
110 notes
manykinsmen
Text

my natal chart interpretations are back by no one’s request. time for round two: Maxiel.

Daniel’s Sun is in Cancer, an empathetic sign that can act as an emotional sponge, sometimes to the detriment of their own wants and needs. This is the core tenet of who he is, someone that wants to cultivate a warm, safe presence around themselves, that invites other people in. His Moon is in Gemini, the sign of the twins, and representative of duality. In high-stakes and stressful situations, he retreats inside a façade of humor and easy-goingness, preferring to keep the parts of himself he dislikes tightly under lock and key - this can lead to many people seeing them as two-faced, or fake, but the reality is that both faces are genuine, however different they are. Unfortunately we don’t have any information about Daniel’s rising sign, as we do not know time of birth down to the minute.

Gemini is also present in his inner planets, with Mercury residing there as well. In communication, he can give off the appearance of an open-book while in reality keeping his cards close to his chest. He may develop a reputation for being secretive, unreliable or false because of this. He may say one thing and do another. This isn’t typically a purposeful two-facedness, but rather comes from a desire to protect himself, or a genuine indecisiveness. With his Venus and Mars in Leo, Daniel attracts a great deal of attention in his interpersonal relationships, he is loud, dramatic and passionate, pulling out all the stops. This attracts others to him like moths to a flame. As much as he is likeable and often magnanimous, he can be self-absorbed and very public in his fallings-out. He expects devotion from others and will give that devotion in return, but slights, purposeful or accidental, are not taken well.

His chart is dominated by air signs, meaning that he is creative, easy-going and values his freedoms, but also flighty and insecure. Conversely, he is also ruled by cardinal signs, which favour careful planning and methodical action. Though he make take a long time to decide, once he does, he sticks to it. His three most prominent planets are Saturn, Mercury and Pluto. Saturn is a moody planet, concerned with what could have been and what might still be rather than existing in the present. He dwells on death, legacy and life’s great mysteries. Mercury rules language, showing that he is very preoccupied with how he presents himself, though he also fears being misunderstood. Pluto is another dualistic presence, with a magnetism and mystique that is coveted by many, despite how dangerous, cruel and spiteful it can be. Overall, Gemini is dominant in his chart, he is the man with two identities.

Max’s Sun is in Libra, the sign of the scales. Libra and, with his Sun residing in it, Max is fundamentally a people pleaser, searching for balance and approval. As much as Libra is needy, it is also devoted and prides itself  Ironically, this does not mean that it is a particularly understanding sign and often finds itself treating the symptoms, not the cause. In situations where the solution is not immediately obvious, Libra can find themselves at an impasse, unwilling to make any decision for fear of choosing incorrectly. His Moon is in Virgo, which doubles down on this orientation around others. Virgo is often depicted as the Mother of the signs, full of cares and worries and always wanting to help, though also practical and efficient. They can be passive-aggressive when wronged rather than direct in their response. This is the element of himself that Max tries to suppress, possibly in a quest to preserve his masculinity. Max’s Rising, or Ascendant, sign is Scorpio - another “bitch rising”. At a cursory glance, Max can seem aggressive, cruel, selfish to compliment his power, ambition and desirability. This is only a first impression though, and not truly representative of the whole.

There’s a great deal of variety in Max’s inner planets. His Mercury also resides in Virgo, meaning that he prefers to express himself in action rather than words. He shows his caring through acts of service and is prone to being passive-aggressive. He struggles to articulate his wants, needs and feelings verbally. With his Venus in Scorpio, Max likes to chase and be chased, often playing his own little games with people. He doesn’t do relationships by half and it’s all or nothing - he can be devoted, passionate and deeply, deeply, sexy but there’s an aura of danger to that. Getting involved with him is a risk and he makes no secret of it but the rewards can be incredible. With his Mars in Sagittarius, Max may say and do things he doesn’t mean in anger or just to get a rise out of others. He may take teasing too far and purposefully alienate himself from others, though this is not genuine and he will always regret it later, which can lead to a lifetime of apologising.

Max is earth dominant, making him serious and grounded, but also dependable, hardworking and stubborn. He plods along single-mindedly towards his goals and with a lack of water in his chart, can have difficulty adapting to the unexpected. He prefers to be told what to do and may be at a lost when asked to decide entirely for himself. A rare sight amongst the grid, his signs are most commonly mutable, giving him a malleability. He is easily influenced by others and often goes back and forth on his decisions. Mercury, Pluto and Uranus preside over his planets. Mercury shows his desire for open and honest communication, genuine understanding, though he also struggles with it. Pluto brings a sharp-edge to him, wielded by someone he is an elegant and terrifying weapon, but he can just as easily be used to wound them. Uranus is often described as an exalted Mercury as it is also very reflective, though with a bent towards freedom, independence and rebellion. Max will spend his life trying to shuck off the control of others. Overall, Virgo, the servant, rules his chart.

“Daniel’s still racing in Formula One, so I won’t necessarily miss him, but I’ll probably wave at him when I’m gonna lap him next year. That’s the target. […] It’s been a challenging year in the beginning. But since Monaco, I’ve been driving a lot better. I’ve been really strong compared to Daniel, so definitely turned around the season.” - Max Verstappen

Why does it look Max is staring at Daniels ass? I mean he probably is

Sexiest thing Charles has ever done?

Yeet Max out of the race ❤️

look at this picture i just found

“I already have a boyfriend, thank you!”

Listen up…..you know Daniel from the Bible? The one who interprets dreams for the king? A fanfic about him but with F1 Daniel…..and the king is Max’s father…..bro this feels good

I have so much ideas for my fanfics, so does anyone have like a preference of what they want to see first? Like, dan/max tag is growing every day on ao3 but do you think some particular fanfic trope miss?

You know what? F1 kindergarten!au nobody can stop me

Chapter 4 of The Duke, The Prince, and I is up!

In which it’s really the Dan chapter, and he’s so fucking lovely and handsome* in it.

*Isn’t really mentioned but we all know he is