ONE OF YOU, BEAUTIFUL MFS WANTED TO HEADCANON “FUCK YOU” AS A KILLJOY CLUB BUT I CAN’T FIND THE POST AND I’M FUCKING DEVASTATED

Ray Toro probably has a pair of booty shorts somewhere that say “Enemy of the state” on the butt, and he’s too ashamed to even admit that they exist.

#ideas, #mcr ideas, #Anonymous
8 notes · See All
bandbombsAnswer
a danger days one that's yellow and blue with blue sparkles and smells like summer

#mcr ideas, #ideas, #*, #Anonymous
16 notes · See All
bandbombsAnswer
Ooh danger days ones that are based off the killjoys would be cool, like party poison would be blue and red and fun ghoul would be green and yellow and jetstar should be black and red and kobra kid should be red and yellow.

“so give me all youve got, i can take it. we walked alone in your city lights.” this line feels spiteful, like the speaker is challenging a person who hurt them or even just society as a whole. saying they can take whatever they’ve got to throw at them, they’re stronger now and can deal with it no matter what. the city lights line is in past tense, “walked alone” like the speaker was once alone but has since found others. “we” seems to refer to those others in this situation, other trans people and just in general the idea of a community. the city lights seeming like spotlights to every individual person, every trans person under the scrutiny of “your” city lights, but that’s in the past and it’s no longer individual. people are together now.

“did you make it? we lit the fire and it’s burning bright.” okay, so i feel like this switches who it’s addressing for a moment. it sounds more sincere, like the speaker is asking the listener personally if they’ve made it, if they made it through the city lights to everyone beyond. and the line abt fire sounds like a beacon almost. like not only is it an act of rebellion to catch a fire like that, it’s also a massive symbol to let everyone know, hey, we’re here, you can still make it, don’t be afraid.

“did you make it? left all the stars in your city nights.” this line is abt sacrifice. leaving behind the stars for city nights where you can’t see them anymore. moving on in a way, making a new life somewhere that you know nothing abt.

“can you fake it? i lost my way in your city lights.” this line sounds desperate, afraid to be found out and blinded by the lights in a way. too afraid to be open for the very real fear of harm. this line is for those who are still unable to be themselves.

“not ashamed of what i am. i took the pills for those empty nights cause it makes me who i am.” alright this is just. so fucking trans oh my god. obviously, the speaker isn’t ashamed of who they are, they may be afraid and feel alone but they’re proud. pills could refer to a million things here from anti depressants to hormones so take that line as you will. i personally interpret it as both, like something to stabilize your mental health would make you who you are but so would taking hormones if transitioning would make you closer to who you really are. idk, this line is just. so fucking trans….

“they always told me that ‘youll never get to heaven’ with a love like yours. and if you’re lost little boy, the cameras pull you right back down, yeah.” farquad pointing meme TRANS. so this line obviously goes along the idea of never being good enough, never being able to go to heaven because of who/how you love and exist. which. gay and trans here. this is also the first time the speaker gets outright gendered by whoever “they” are here. and that makes me think it’s even more trans bc gerard tends to write trans songs from the perspective of a transfeminine/gnc person (pls do not smite me for this, i am simply stating this reccuring theme). so the outsiders seeing the speaker as a “lost little boy” ties so much into this being a narrative abt a transfeminine person trying to be themself. AND THE CAMERA LINE. that shit is abt self-perception and image. showing the speaker what they rly look like just to rub in like hey youll never be who you want to be. which, god, that line. hurts :))))

“it’s like a chemical burn. im peeling off your skin, yeah. and when you see your face youll never be the same again.” this seems to be back from the speakers point of view, but also referring to themself in the second person. they’re burned from all the shit people say, all the norms they’re meant to fit in to be cis when they’re not. and they’re peeling all that fear and all that hatred away to show their true self. and they know that once they discover who they truly are, there’s no turning back. they’ll know who they are and they’ll know they’re trans. and they’ll have to deal with it, they’ll never be the same.

“cause if you just stop breathing, i’ll stop, i’ll stop my heart. i’ll stop breathing too.” this is once again the speaker in second person talking abt being trans. having that sort of disconnect w who you are and who the world sees you as. these lines are saying that if they “kill” their true self, then the person they’ve pretended to be will die with that. they can’t stop the breathing of their actual self because it’ll kill who everyone perceives them as. they’re one in the same, their trans thoughts (for lack of a better word) and themself.

“i confess that i can’t wait until it’s gone. no, i mean this every single day.” this feels like wishing for your old identity to disappear. wanting who you were to never have existed and wishing that you could’ve always been yourself the whole time. but instead you have to deal with knowing that’s still how some people perceive and will continue to perceive you. the speaker “confesses” that yeah, they wish they could be perceived differently and to never have been seen as the person they weren’t.

“don’t go if you’ve got more to say cause the world don’t need another hopeless cause.” dont give up and don’t be silent. let yourself be who you are while you still can and let the world fuckin know it. there’s no need for more hopeless causes when you can do something about it. don’t ever let them silence you or anyone else and don’t ever let them turn another person’s life into misery.

“i burned it all but im doing fine cause i’ll never fade away. i’ll steal the fire from your city nights.” the speaker is burning through it all, destroying everything that held them back. and they’re not going away, they’re not stopping at just that. they’re taking away the fire from others who are hurting people like them, burning bright to help them as well.

#BRO im gonna lose my shit i love this song sm <33, #thank u for the ask abt this!! <3 i havent done like. an in-depth look at this song before and now im just more convinced its trans, #i dont know if any of this makes sense. it is. 1:30am and im just going off of random ideas sgbchbj, #but hopefully this sounds cool lmao, #kailynwolf, #asks, #mcr tag
12 notes · See All
theblackparadeisdeadAudio

FORSAKEN, I AM AWAKENED 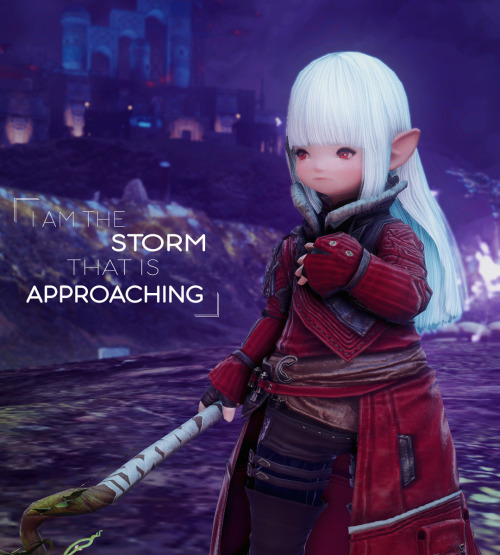 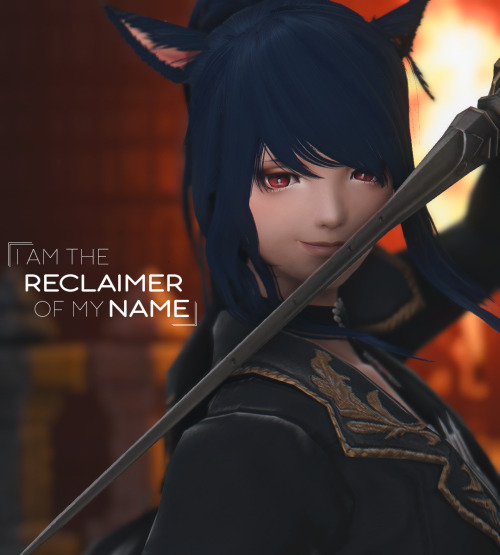 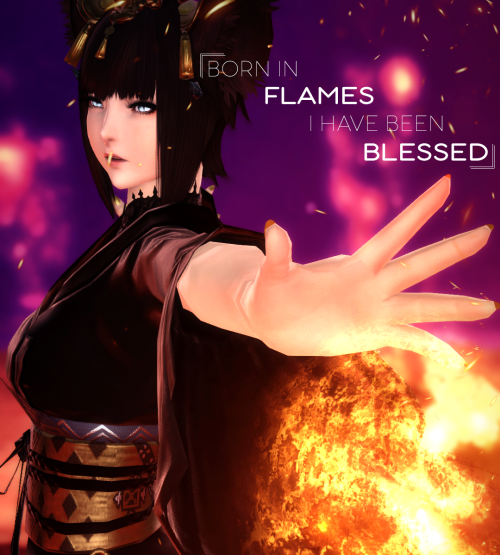 #ffxiv, #final fantasy xiv, #hey remember that edgy idea i had? here it is, #;; peppermint, #;; akihiko, #;; x'rina, #;; kumiko, #i've been listening to this song a lot, #i can hear my mcr/afi t-shirts from 8th grade crawling out from their graves
76 notes · See All
art--school--wannabeText

hmmm.. what if i step back and rethink just how i do this tatt thing.. butterfly is a must.. famous last words is a must.. i kind of like the whole chorus and the butterfly needs to be on my left wrist.. “nothing you can say will stop me going home” feels most accurate to it.  well.  being a monarch butterfly.  hmm.

#there are a lot of burning/light quotes elsewhere but i was specifically thinking about that pulp line, #and the idea that mcr existed at both sides of that divide, #they didn't spark and fade...., #my posts, #lyric parallels, #mcr
22 notes · See All
safetycultText

#no idea what the context of this shoot is, #or why Gee is offering me water, #but I am glad he is, #MCR, #Gerard way
11 notes · See All
dilf-frankText
#mcrsecrets time ive never listened to ambulance im a fake mcr fan, #mcr, #the used, #conventional weapons, #lies for the liars, #personal, #anyway ambulance could be completely different i have no idea i just think its funny he wrote a song abt medical care 1 yr after lftl
6 notes · See All
girlfriendtoroPhoto 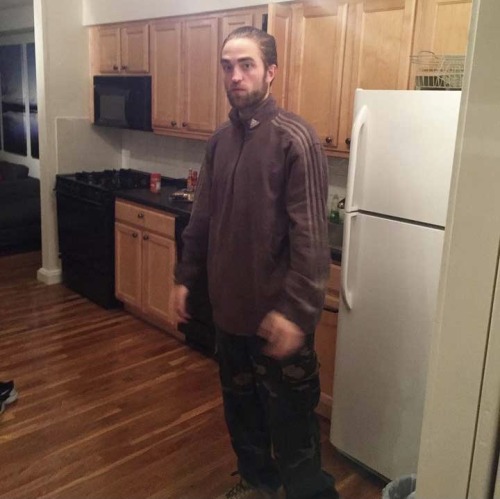 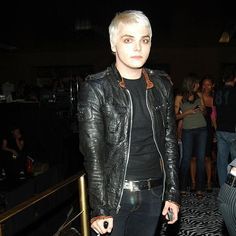 #i literally have no idea how to make these pictures smaller someone save me, #mcr, #cj.txt
186 notes · See All
directionalcheeseText

#this is the part where i stary suggesting mcr and they have bo better ideas and agree, #*start
4 notes · See All
rubbish78Photo

#i have no idea what concert this is from, #gerard way, #mcr, #my chemical romance, #the black parade era, #my gifs, #always gotta slap that ass, #the middle one is my favorite lol
213 notes · See All
rubbish78Photo

#he had no idea what he was getting into, #gerard way, #mcr, #my chemical romance, #jimmy fallon, #his face says it all, #my gifs
81 notes · See All
hopefully-not-the-ghostbustersText

am I funny yet

#my post, #i had this idea at like midnight okay, #nsjsjdjsj, #danger days, #mcr
20 notes · See All
personalized-chaosText

#MCR, #My Chemical Romance, #MCR fanart, #My Chemical Romance fanart, #Party Poison, #Gerard Way, #Killjoys, #Danger Days, #Danger Days the true lives of the fabulous killjoys, #Chemtober, #mcrinktober2020, #At first I wanted to do something about protests or fighting impression and how they can kill the person in front but can never kill the id, #ut yeah I didn't have the energy and motivation so I did at least this, #Which also partly fits my original idea because the Four pretty much influenced everything that happened even after their death and in a se, #In a sense both they and their idea became immortal
3 notes · See All
personalized-chaosText

Day 4 which was supposed to be inspired by Dead! but somehow my stupid brain misinterpreted it and I did Blood instead? Idk how it happened but there’s not that much of difference is it.

#Chemtober, #mcrinktober2020, #My Chemical Romance, #MCR, #My Chemical Romance fanart, #MCR fanart, #Gerard Way, #Revenge era, #Three cheers for sweet revenge, #Blood, #But honestly I have no idea how could have I switched those two, #I guess I've been pretty tired lately, #Also texture brushes in Krita pretty suck and I don't know how to make some better ones, #And I have no idea how hospital beds in USA look so I did mix of old European hospital beds and military beds instead, #Because it fitted the aesthetic
0 notes · See All
Next Page