Here I come with another Holiday Ficlet!

The first time he’d seen Wei Ying’s first tattoo had been a pure accident, even if it hadn’t been an accident that Lan Zhan had been looking at him. The skin surrounding the lotus on his bicep was still red and probably sensitive, only showing when Wei Ying pulled himself into one of those long stretches that left his shirt riding up around his stomach and his sleeves pulling up at his arms. He’d only meant to sneak one, quick glance before he would go back to the group project their professor had assigned them, but the lotus caught his eye and he’d been caught by Wei Ying.

“Jiang Cheng got one too,” Wei Ying explains, pulling the sleeve back to where it had been resting at his elbow as if he expected Lan Zhan to scold him for it, but he reaches out to stop him instead, fingers gentle as Wei Ying lets him look at the flower.

Wei Wuxian in the majority of presentday!AUs — when the authors want to slightly reflect the plot of the novel but without any deaths — be like:

“Young Master Wei, thank you,” says Uncle Ning, relief written all over his face. “A-Yuan, he just—disappeared in front of my eyes in a flash of light! I went and patrolled the perimeter just like you taught me but I couldn’t find him!”

“Did you see anyone lurking around here?” asks Wei Wuxian. “Maybe a man who looked like Lan Zhan but wasn’t?”

“Who are you talking about?” asks a woman with sharp, bright eyes. “And how on earth did a Lan child end up here?”

“It’s Su She’s fault,” Jingyi declares with a conviction that far exceeds the situation. At this point Su She was colluding with Jin Guangyao and Xue Yang to frame Wei Wuxian for—well—everything, but the man didn’t actually engineer Jingyi and Sizhui’s arrival here. As far as they know. Still, Sizhui allows himself the tiniest drop of petty satisfaction. He is Hanguang-jun’s son, after all. 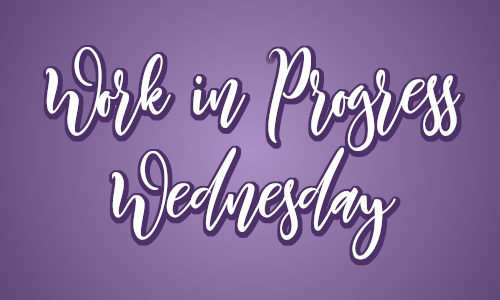 waking up in the middle night and not finding you

I just finished a Great juniors fic and i already want another juniors fic. I love my boys, pls rec below

For those interested, please read Best Friends Forever by varnes on ao3

#mdzs fic, #untamed, #i miss the juniors, #i love jingyi, #and jin ling deserves more love, #sizhui always makes me cry he is such a sweet boy
0 notes · See All
spookyfootText

Yuri hates the new kid. He’s too polite by three and a half, always has sensible commentary, and is just nice. It makes Yuri want to take a shower.

“Excellent, Sizhui! Your footwork was a little sloppy in the  back half though,” Victor says. He looks around. Yuri can tell that he’s looking around for angel bunny suck up’s guardians. The ones who insisted on coming here with him. Yuri likes to call them silent and stupid. It’s not like Yuri needed a guardian to come with him from Russia. How much of a baby can you be?

Not to mention that tigers are a million times better than bunnies anyways.

The only good thing about bitch face and bitch mouth is they make Victor behave himself. Or something close to it.

Yuri takes a lap around the ice, skating backwards through his figures because one of the few pleasures in life is making both Katsuki and Lan Sizhui look bad.

Yuri skates to a stop, spraying ice in Lan Sizhui’s face. Lan Sizhui frowns a little bit and Yuri’s ready to cheer, but then the smile rebounds like Katsuki’s cheeks when Victor pokes them and Yuri wants to vomit.

Even Mila was better than this. He’d go back to Russia except he’s not a loser who gives up, unlike some people. So he speeds up into a quad flip, landing it with a satisfying “fuck off.”

@purplehawke and I have been talking a lot of character meta lately, and somehow that ended up with the both of us coming up with very silly prompts for each other

“Young Master Wei? Are you alright?” Lan Xichen calls, still standing a few feet away from where he’d noticed that Wei Wuxian had pressed himself against the wall of an apothecary, merchant’s carts wedging him in on either side, and a dog sat in front of him with its tail wagging. He’d only meant to take a quick walk through Caiyi Town to check on things and look in on the people, but he’d stopped in the middle of it when he noticed Wei Wuxian.

“Zewu-jun!” Wei Wuxian answers, a nervous laugh catching in his throat and Lan Xichen walks forward, arms held behind his back as he takes in the sight of Wei Wuxian holding onto his sword and a parchment wrapped package so tightly that his knuckles are turning white.

Had something happened? It was rare that unsavory types passed through Caiyi Town, but Wei Wuxian surely could have handled them on his own if he’d ran into them. He’s about to ask again, mouth already working to form the question when the dog barks and Wei Wuxian jumps, his eyes going wide and fearful as he tries to press himself even further into the wall.

“Young Master Wei?” Lan Xichen tries again, cocking his head to the side and frowning just a little. Was he afraid of the dog, then? Looking down at it, and the dog looking back at him, its tail still wagging and its mouth hanging open now, Lan Xichen presses his lips together. He didn’t have anything to distract the dog with, and it didn’t seem as though Wei Wuxian had anything either, nor would he have the mind to hand it over to Lan Xichen if he asked for it.

#the untamed, #mdzs, #mdzs fic, #lan xichen, #wei wuxian, #lan huan, #wei ying, #lxc, #wwx, #lxc vs One of Those Dog Owners, #all for the sake of his future brother in law, #have fun with your prompt adri
39 notes · See All
chamomilepeachQuote

Later that day, as the sun blurs the sky in shades of mandarin, Wen Qing goes out to the fig tree in the courtyard with joss paper, a bowl, and incense paired with a bronze incense burner in her hands. Mianmian’s residence is no mansion, but it has a spare room for her and Wen Ning, and it is wholly preferable to a grave.

Luo Qingyang rescues Wen Qing and her brother from the Jin sect dungeons.

It’s the last day of November! Time for a roundup post on my NaNoWIPMo project.

I forgot to update my wordcount once I started doing heavy editing work on Being Known 3.6, but at estimate I got about 25K words written. Here are the WIPs I completed and/or made progress on. Most are fics for MDZS/CQL/The Untamed.

02 Nov 2020: Blackbird Part 1: into the light of a dark black night (3K. Madam Lan escapes after spending one last night with her children.)

There are lots of other WIPs where I added bits and pieces to the outline, but nothing in prose form yet. :)

Anyway, I think that’s a pretty good haul for such a chaotic month! I’m pretty proud of myself. I’ll keep chugging along for December. Thanks to everyone who’s left kudos, comments, and other encouragement. I love to hear from readers so feel free to drop me an ask!

And here we are, at the end of this month. For around 2k words I didn’t met the 50k goal but it’s fine nevertheless. I wrote, everyday for a whole month, I created things mostly for myself, worked on fics I’m going to expand . I probably got even a little better. All while still working full time and currently battling mental health that is proving to be harder than ever. So, in the end, it’s still a success and I’m proud of it.

This fic ended up way longer, but it also belongs to one of my favorite AUs and I just couldn’t stop writing.

Just a little background that I didn’t explained in the fic, Lan Qiren finds the Yin Iron instead of Wen Ruohan and the story moves accordingly. I wrote a little snippet or two before, of this reverse au, but this one is mostly focused on Wen Xu and Nie Mingjue.

Ship: Mingjue/Zonghui (but that’s not the focus)

Not so angsty, because as said, LiangFeng deserves happiness.

And the boys too deserves to be happy.

18 and 19 will focus mostly on my OCs, because I love them so much and they deserve all the love! especially LiangFeng! Please go and love them, my sweet baby.

Also, I took all the liberties possible, being written during the nanowrimo kinda had me unable to make proper research (No, no, wait.. who am I kidding? I have no control and i still made research, just not as specific as I usually do.)

This two fics will take part in the Raised to a Golden Light AU.

Settled onto the floor, Huaisang brushed through his hair with a fine toothed comb, pulling free snarls and spreading fragrant oil throughout. It was grounding, something he did whenever his thoughts were disquieted.

#nie huaisang, #mdzs, #mo dao zu shi, #the untamed, #the untamed fanart, #mdzs fanart, #mdzs fic, #kinda lol, #we workin on it and so far we r outta control lmfaooo, #ft jc vision, #sangcheng, #ik its just nhs but Listen, #posting this in the morning 2 Shake Things Up, #by morning i mean 1pm, #my art
67 notes · See All
sun-no-sleepText

I’m low-key writing on my first ever fic, even tho I should be doing exams.

So, coming someday (maybe) to an ao3 near you, xicheng modern day, business au set in Taiwan(?):

((Mind u I know nothing about business or taiwan outside dramas n it’s a mix of my family’s own immigration story, mdzs and my and my roomate’s wild ramblings. But,, xicheng))

summary: “I want to help him. Mo Xuanyu brought me back for this. And if Jin Guangyao really orchestrated all of this and caused my family to hurt the way they did and caused you to be hurt the way you were…Then I do want to kill him for it.”

Lan Wangji brushed his mouth along his temple. His voice was soft. “Then kill him.”

- a re-telling of canon in which Wei Wuxian is a little more guilty of the crimes he was accused of at Nightless City and Lan Wangji is morally gray.~tw for canonical suicide in first chapter // cw for blood and gore~

So it’s canon-divergent pre-Qiongqi Path. Lan Wangji replaces some money pouches from the Lan vaults with pouches full of rocks. He takes the rabbits and he leaves through like a fallen tree at the edge of the wards. He joins Wei Wuxian and the Wen remnants at the Burial Mounds. And the people of Yilling think that he’s some sort of mountain god.

Lan Xichen’s tries to get the other sects to help him find his brother but is turned away. Months/years after Lan Wangji’s disappearance he takes Lan Qiren and some other Lan elders to check out those rumors. They find a very happily married Wangxian and their army of children, he like asks for rabbits as compensation for Lan Wangji’s defecting form the Lan Sect.

That’s all I remember. It’s been a week and I couldn’t find it, but the need to re-read it is insufferable. Please and thank you.