Take it as you will

#so hes either lgbtq+ and/or has an amazing personality, #we knew he had a great personality beforehand too but this is great, #either way i love him hes amazing, #i wanna sit around and be emo with him, #i just think that would be neat, #jujutsu kaisen, #jujutsu, #megumi fushiguro, #fushiguro, #screenshot, #screencap, #anime, #jjk, #jjk fushiguro, #lgbtq, #ohhh i also saw that in the manga he says 'as long as they are compassionate' as opposed to 'she' in the anime :/
0 notes · See All
kirokochiText

Yuji and Megumi as Team rocket

I guess I’m late to all the wild stuff happening because the Latin American Spanish dub of Supernatural just becoming a Superlative Dubbing for the SPN fans.

For me, I can’t stop to think this is the second incident involving translation and the sexuality of a character on this month for me, because the last week the Jujutsu Kaisen fandom was defending the original lines said by Megumi Fushiguro in the episode 8 and the English subbing for Crunchyroll put a unnecessary pronoun to the lines while mostly of the rest of the subs in other langauges got the translation right. 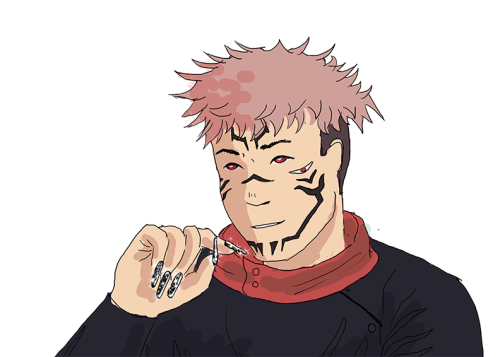 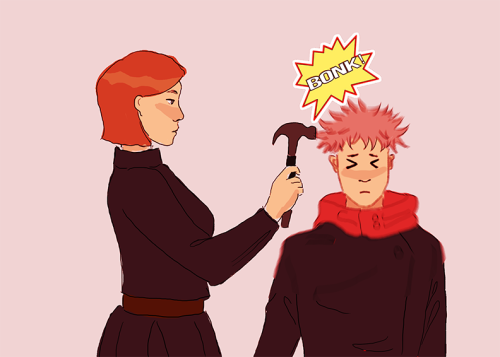 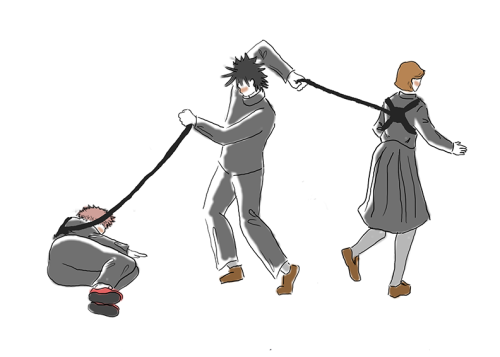 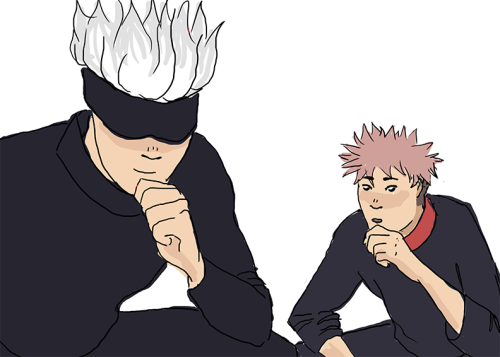 I feel like I had done this post before but I couldn’t see it in the tags or in my post, it’s not even in my draft. So, here it goes.

I was babysitting my friend’s 5 year old who is a fan of Spongebob and saw that one episode I like when I was a kid.

Yuji, Megumi, and Nobara were talking and all of a sudden Todo is coming through the steel wall looking like Cgi and smashes through it. He heard something interesting and wants to join in.

Another thing I can imagine him do is smashed his head through a wall to join in the conversation with those three. Todo looks like he have a hard head that he can use to knock out someone who’s not a curse user. 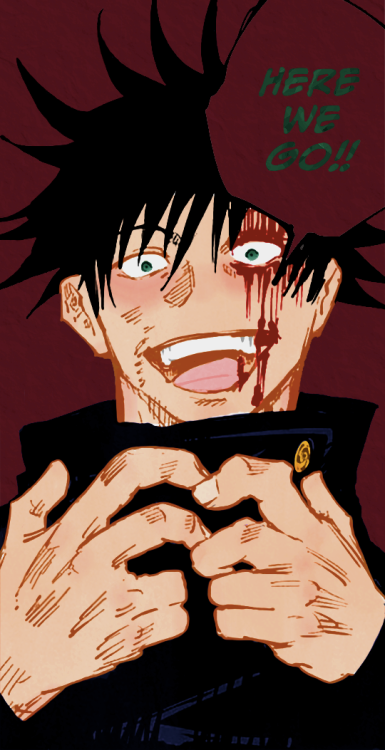 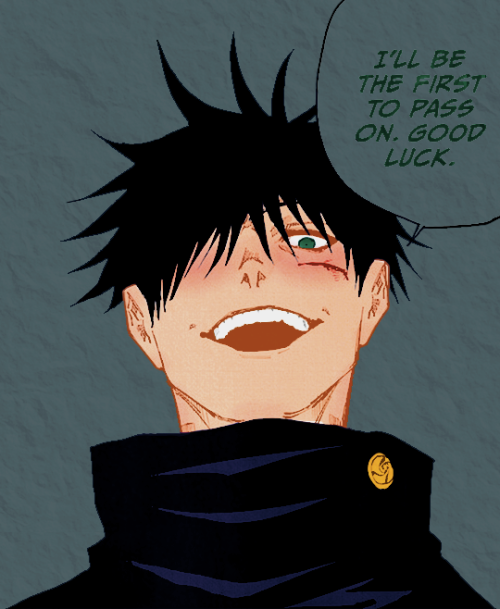 megumi: *releases an ouce of pent up murderous intent*

fushiguro megumi || being with a powerful s/o sorcerer

| warnings : grammar errors but other than that n/a

| request : can i request megumi with a powerful s/o? theyre very strong maybe like gojo??? also if u want you can make them come from a clan or something, thank you! :3

| barista’s notes : hello! there is another cup of classic black coffee (jujutsu kaisen request) for you and i hope you enjoy this and please come back soon ＼ʕ •ᴥ•ʔ／ also while editing this, i didn’t realise that i unnecessarily use the word ‘really’ quite a lot…wow i really like to emphasise stuff with that word ʕ ﾟ ● ﾟʔ

So like imma vent this here cause I don’t like bringing attention to myself on twitter even tho I wanna @ crunchyroll so bad about this shit.

But like, the translations for jujutsu kaisen last ep sucked pretty bad for several reasons, and not just the main reason with Megumi. Of course there was the translator feeling the need to put “she” in his response to todo despite explicitly saying “that person” in japanese. And no, this is not a case of japanese being a gender neutral language with implied context, this is explicitly stated to be gender neutral.

And if you think people’s complaints about that is dumb it’s not even the only scene where the translator fucked up, that was just spotlighted cause people were looking forward to bi/pan megumi. Mai insults Nobara by saying “you couldn’t pull this dress off with your short legs anyway” but like smooth brains they put long legs instead, which doesn’t make sense and sounds like Mai is complimenting her. I’ve seen quite a few people confused by this line for that exact reason, so way to fuck up something basic.

The last one is actually next episodes title, which is translated as “small fry and reverse retribution” in the anime but “young fish and reverse punishment” in the manga. The second part is fine and basically the same but the first part is just ??? it literally uses the kanji for young/adolescent and fish. This irks me so much because the fucking opening has pretty explicit symbolism for this upcoming arc with the fish in the op, and this translator completely fucks it up by not just accurately translating the title of the arc like come on bro.

The translator already got dragged on twitter and deleted their dumbass post where they defend their use of not being gender neutral by making it sound like megumi wants to fuck his sister but I doubt they learned their lesson and will continue to fuck up translations. I just wish crunchyroll would care more considering how hard they’re pushing this series since they realize it’s the next big thing. This is really only cementing me getting rid of my subscription after jjk finishes airing cause I watch the eps right when they come out and don’t wanna wait for pirates.

If anyone wants to use these examples to @ them please feel free.