Miss you like I miss going out of town @taylorswift 🥺☹️😭

On the Falcon after leaving Crait, Leia and I caught each other up. I told Leia what happened with Luke on Ahch-to, the mysterious connection with Ben and how I realized there was still Light in him. I also tentatively confessed that I went to see her son…on the Supremacy. I told her what had happened with Snoke and how Ben and I had fought side by side.  Once I finished, Leia shook her head and sighed. She paused before speaking.

“As your General, I’m - well - a ‘General’ about it. That was tremendously risky and we could have lost you. I don’t think you understand just how valuable you are, Rey.”

I gave her a small smile. I was touched by her words.

“I’ve been told I’m nothing my whole life…It feels nice to be a part of something as important as this.”

Leia’s expression softened further. She looked like she was coming to a decision about something.

“Rey…even though I don’t necessarily condone what you did, I am quite impressed by your intuition. The Force is strong in you, and I don’t think that’s an accident. I would be honored if you would consider…becoming my student.”

Whereas Kylo’s mental probing had been like waves crashing over me, Snoke’s was like a tank charging through; harsh, relentless, mechanistic. Snoke knew no kindness or mercy. He was near impossible to resist. The rush of memories was blinding and overwhelming. The invasion was abrasive, as though he was scraping every nerve-ending as he plowed through. My nerves were screaming. The pain was so intense it was all I could do to remain conscious. He was already at the island. In a panic, I rushed to where he was in my mind, trying to redirect him to an unrelated memory. But Snoke forced my mind back to Ahch-To, to Luke and the conversations we had. Soon he would have everything he needed to know…

Snoke at last pulled back the mental assault and dropped me to the floor. I lost consciousness temporarily, exhausted. I came to moments later to a pounding headache, Snoke’s laughter ringing in my ears. My body ached everywhere.

“I didn’t expect Skywalker to be so wise,” Snoke taunted. “We will give him the death he desires…”

Luego ya voy a seguir si me arrepiento…

“Death leaves a heartache no one can heal, love leaves a memory no one can steal. From an Irish headstone.”

The first time Kylo probed my mind in the forest on Takodana, I was unprepared. It was sharp, but bearable, like stabbing one’s hand with a dull blade. When he found out I had seen the map, I realized what had happened and what he was capable of. When I woke up on Starkiller Base and saw this ‘creature in a mask’ remove his helmet and I finally looked into his eyes, I felt something…a mysterious, inexplicable connection right away. He was human, a vulnerable young man, and I wondered how he came to be in his position.

Before I could wonder too long, he began to probe my mind, going straight to where I was vulnerable; how lonely I was, my lack of parental closeness, my coping mechanisms. The force of it felt like heavy waves washing over me. Images flooded the forefront of my mind; memories, sounds, feelings, I was reliving them all. Tears streamed down my face before I realized what I was feeling. I hadn’t shared those experiences with anyone, had never trusted anyone enough to, and here was this man just poking around, looking at whatever he wanted. It angered me.

‘Get out of my head!’ I said gritting my teeth.

When Kylo began again, this time looking specifically for the map, the feeling changed. The waves got bigger and more insistent, crashing over my mind, more difficult to resist. There was also a force pulling me forward, the contraption that was restraining me creaking under the pressure.  But I was determined to not give up anything. I wasn’t going to be the reason they found Luke Skywalker, the legend of a Jedi. I locked eyes with the man in front of me, focusing intently on him instead of the memories he was trying to bring forth. Sweat was dripping down my face with the effort it took to resist.

Then, a simple curiosity made me look deeper into his eyes. I wanted to know more about this man, why he was like this, his motivations, his history. And so I searched for it in his eyes. And then I saw it, his fear, his vulnerability. He wanted to be like Darth Vader, but feared he wouldn’t be as strong as him…a simple but powerful fear, one capable of fueling countless toxic motives.

When I spoke his fear out loud, Kylo broke away from our mental battle, pushing me out of his mind and in doing so, pulling himself out of mine. The sudden break was a relief but massively uncomfortable, like coming out of lightspeed or being pulled out of a very tight space quite roughly. We were both panting and for the first time I saw fear in the young man’s eyes…and all the while, that mysterious connection lingered…

Some days I remember our little jokes, belly laughing at a language only we spoke. Other days, I remember how I wasn’t enough to make you stay. I remember the crushing feeling at 4:00 in the morning when you said you didn’t want to try anymore.

Often when I think of you, it’s a lovely memory we shared. Those memories normally end with wondering; wondering what happened, if you ever meant forever all those time you promised it. Wondering why you gave up on me, why you fell out of love with me. Wondering if this new life is what you wanted. Wondering if you think about it, if I’ll forever be your sore subject. If you’ll always feel bad about what you did to me.

I don’t know you now. I haven’t heard your voice in so long, seen your face, smelled your ever so familiar scent. All I have are memories, and even though we had year and years of beautiful, wholesome memories, the heartbreaking ones still haunt me more than the pleasant ones that I’ll forever miss. 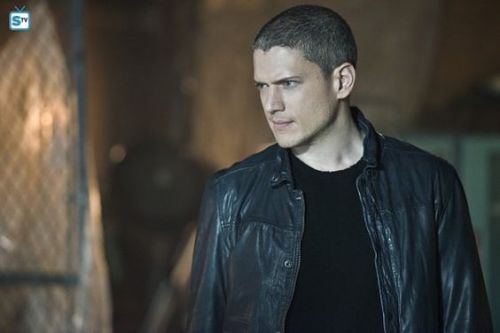 Ah, but when he was a boy he loved her like a boy. Now that he is a man he loves her like a man. But she only knows the boy and the boy’s love. It’s sad really because the boy loved her the best he could and the man cries for him.

You know, I was extremely intimidated about the whole process of changing my legal name and then updating all my records, but now that I’m actively in the middle of updating everything, it’s actually… kind of fun??

Like I wake up in the morning thinking what can I update today??? Hmmm I think today I will…. go to the bank!!! And maybe tomorrow I’ll see my insurance agent!!!

As soon as I update something, I get a rush of adrenaline. Cuz it’s like… oh hey! lookit! lookit! that’s my new name!! isn’t that so cool!!! WHAT ELSE CAN I UPDATE NOW??? LET’S FIND SOMETHING ELSE TO UPDATE!!!

#mine, #name change, #memories, #name change process, #also I just ordered some new checks now that my bank is updated and i'm looking forward to getting those :)
2 notes · See All
vintagestars15Text

damn the last time this blog was really active was back in november/december before all the chaos. i miss sitting in my living room at night watching mark’s rdr2 gameplay or sneaking onto unus annus’ newest video at the end of the school day. 2019 wasn’t a great year but tbh it was a pretty memorable one and i can’t believe that 2020 was such a waste when it had such potential.
anyway idk what the point of this is i’m just feeling kinda sad and kinda nostalgic anywho

HOW I REMEMBER THINGS

I apologize for not keeping up with this blog as much as I should’ve. Going back into learning was a harder transition and I find myself lacking time to devote to really enjoying a book. I’ve decided to expand the scope a little to be on other forms of media. I haven’t had the time to read, but I have been watching some things with friends when we get together and there are some titles that I really think are noteworthy. I hope that is okay for now, but I will read when I have a break and share my thoughts on those, so don’t worry.

Without further ado, I wanted to talk about Violet Evergarden. For those who have not seen this recommended on their Netflix, this is the story of a girl who lost both her arms in the war and will now be entering into society without much experience interacting with normal people. She was raised to fight and that was all she knows because the only person who showed her kindness was the Major. She now has a new mission: discover what “I love you” means.

Love poems look like soap scum on a glass window, fogging my view of a cold sad reality

The explosion of energy from the Kyber crystal inside Luke’s lightsaber had sent both Ben and I backwards, knocking us unconscious. When I came to, my ears were ringing. I did not yet know that the Supremacy had been split in half by Vice Admiral Holdo, but I could tell something had happened with the ship; it was rumbling and shaking and it was hard to keep steady. Snoke’s red throne room was burning and there was rubble everywhere, while Snoke’s body lay sliced in half on the floor next to the throne. I had to get out and get back to Chewie on the Falcon.

I sat up gingerly and the room spun. Something had hit me on the head and it was bleeding slightly. I got up looking for the pieces of the lightsaber. I found them several feet away and picked them up carefully. I gazed down at the two halves in amazement. In our Force tug-of-war, Ben and I had split the saber in two. I wondered for a moment if it was repairable, but I didn’t have time to think about that now.

I looked over at where Ben lay on the floor. I walked over to him and knelt down. He was laying on his side. I wanted to reach out and touch his shoulder, but something told me I shouldn’t. I didn’t want to leave him like this. My life had been in his hands, and he had chosen not only to spare me, but to kill his master. We had stood side by side and fought together. Our moves felt so in-sync. It was easy to work together, felt so natural and right. I knew that if we worked together, we would be unstoppable.

But Kylo Ren had other plans, plans that I could not be a part of. Bringing a new order to the galaxy was indeed tempting. But would it be any better than the First Order? As desperate as the Resistance was to survive at the moment, I still had a tiny spark of hope that there was another way to save them. I would not join Kylo…at least, not today.

I sighed, not wanting to leave. I cared very deeply about Ben, and I knew he would wake to find me gone. But I had to get back to the Rebels, to Leia, and do what I could.

I stood up and ran to find Snoke’s escape pod.