You know what slaps? Employers that dedicate time and effort to ensuring their employees mental wellbeing.

Find your gift! by David Knaak

While working on real-world decluttering and simplifying, I’m also going to try and do the same to my digital life. First step: closed down very specific topical Twitter accounts I felt like I needed but didn’t actually want to use. Now I have two, a personal one (mostly so I can access Twitter content easily) and one for my tiny handmade business.

God that is so invalidating/infuriating. Same thing was said to me by a fam member and it bothered me for years.

Fuck what they think. They’re not experts or professionals and holding their opinion near and dear isn’t going to help you recover. Keep learning and healing. I’m here if you need any resources or need to vent 💙💜.

sucks when you wonder if they do… 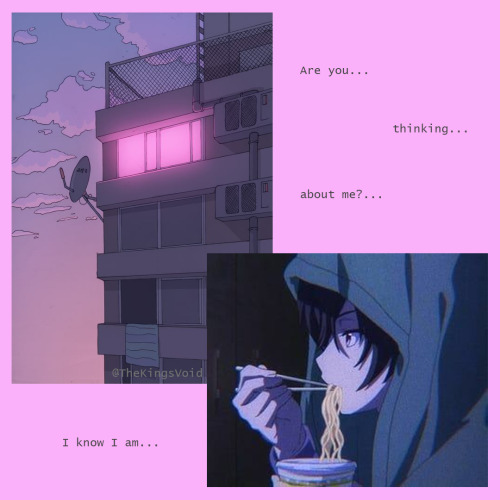 I’m changing my plan like every two minutes BUT I thought a lot about this plan!! This time it will be different.

I will only have this plan for a few days and see how I go on further.

That’s at least my plan for now, we will see tho lmao

I really need to be disciplined and lose that f*cking weight this time. On Monday I have therapy again and I need to have a lower bmi than I have rn!!

I have actually been doing really well with losing weight this past week! I’m a little worried about visiting my mom next week though. Being in my childhood home triggers a whole bunch of things for me, and I rarely feel “normal” when I’m back there. It’s always a bit much. Trauma is weird.

#mental health#mental illness#trauma#disordered eating tw#tw bulimia
0 notes
ramyeonjpg-medium-quotes
Quote
<div> —  <p><a href="https://t.umblr.com/redirect?z=https%3A%2F%2Fmedium.com%2Fthe-brain-is-a-noodle%2Fsharing-your-favourite-shows-b6cfa839e04b&t=ODRlZTIyZjEzMzA4NzQzMjE4YzJhYmM4YWI4MDU4ODA2OTI4ZWY4NCxINkV5NWh1cg%3D%3D&b=t%3ARwsD7wq4d_CM14nqpPbFSA&p=https%3A%2F%2Framyeonjpg-medium-quotes.tumblr.com%2Fpost%2F640938679800610816%2Fi-dont-cry-when-theres-a-loss-yes-i&m=1&ts=1611248101">https://medium.com/the-brain-is-a-noodle/sharing-your-favourite-shows-b6cfa839e04b</a> / #emotions<br></p> </div><span>I don’t cry when there’s a loss. Yes, I acknowledge that a scene with a loss, no matter how emotional, is sad, but I never cry. It could be the saddest thing where a mother loses a child in the worst possible way and I’d only be upset, but no tears.</span>
#emotions#sadness#mental health
0 notes
happywebdesign
Photo 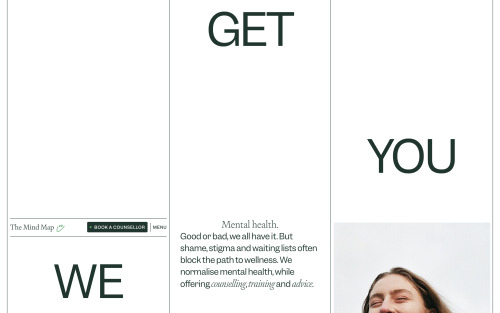 Someone came to me this morning for advice and that’s just kind of cool to me that people feel so safe around me and to talk to me about everything and anything. That’s just another reason to keep living.

I was just diagnosed with borderline personality disorder which I started seriously struggling with when I was probably about 19 so if you have any questions send em here.

I know I only have 203 followers on this lazy ass account of mine but if there is one thing I would like to say and that even 1 person takes from this it is that don’t let alcohol kill you.
I came close.
My own mother had to do CPR on me because I’d just stopped drinking from nowhere and I don’t remember a moment of it.
I had a seizure and was in hospital for five days. It would have been more if they’d have let me but due to COVID they had to give me the option to make space for people who may literally be dying.
At the time I didn’t understand much, I just wanted to go home and let me tell you that being in hospital sucks but being home and feeling just as bad as you were before you ended up there but without the medical support is so much worse.
I am at a point where I literally cannot stop drinking or I might die.
I regret leaving hospital when I did because even though they woke me every 2 hours to check my fluids and give me pills I still felt better than I do now. I struggle to sleep and eat and I keep my door open at night because I know my parents check in on me just to make sure I’m still breathing.
My dad told my mum to ‘call a fucking ambulance’ and I’ve never known him to swear in my life and definitely not at my mum.
I’m home now and it’s hard but I’m seeking help.
I have two appointments with different counselling systems within the next week, one related to alcoholism and another as a general help service. I have agreed for both to let my GP know whatever I tell them.
I wanted to talk about this because one very kind lady I spoke to said that this situation was on the rise since COVID really kicked off and quarantine began. I told her I was ridiculous and she assured me I wasn’t. She told me that more and more people are dealing with the isolation in ways like me.
But I don’t want any of you to feel the way I do.
So, if you’re in the UK and you’re handling this in a way that’s unhealthy to you, there are places who will help you..
For substance abuse (drugs or alcohol) you can call Addaction, also known as We Are With You. You can call them or chat to them online if you’d prefer, just google for information. The woman I spoke to spent over half an hour on the phone with me and was nothing but kind and understanding so please give it a chance. I, myself will be sitting in on an online meeting (no obligation to talk or video chat, she assured) in order to try and better myself.
I have recently also got in contact with Steps2Change who offer a more general form of support. The talk was shorter but I quickly got a phone appointment booked to help me with my mental health issues amongst my other problems.

A little over a week ago, I could have been dead. This is a fact. One I had no idea of until I got home and my mum told me she’d been too shaken to even think to call an ambulance.
I don’t want anybody else or their families to be in that situation.
I don’t remember it but they do and they probably will for the rest of their lives so if not for yourself then do it for the people who care about you. Not just your family but your friends or even the people you just wave hello to when you pass them on the street and who know your face and will notice if you’re missing.
I have a friend who lives hundreds of miles away and the day I got home she asked to talk and despite the fact I haven’t seen her in over a year, she told me she’d been worried sick about me and that she hoped I’d be okay.

Long story short; google some helplines. They don’t all want your money and if you’re in the UK then I recommend the ones I mentioned.

I know it’s hard. I know it’s really hard sometimes to ask for help so please push through it and remind yourself that it’s normal and okay to need it sometimes.
Someone out there cares.
I know I do.

It turns out that death, or being near it, is a lot like nothing and as much as I thought I’d wanted that, it just feels like… well… nothing.
It’s emptiness and a darkness and if you come out the other side then you might not remember a thing.
Maybe that’s just seizures.
Maybe that’s just waking up with a tongue you can’t remember biting and a paramedic helping carry you to an ambulance with your dad on the other side telling you that you’ll be okay and not to worry.
The point is that you have to just take care of yourself even if it’s hard and you don’t want to all the time. I know that I still don’t despite it all.

Anyway, I might be disappearing for an actual reason other than laziness now because I’m pretty convinced that I can’t handle my situation by myself. My parents work most days and I’d never ask my little brother (an adult with a job but still) to have to monitor me.
So I’m considering admitting myself to some sort of rehab to get me away from drinking before it literally kills me.
Life is hard. It’s really really hard but I sleep with my door open because I know there’s something on the other side waiting for me. Even if that thing is my dumb, wonderful cat who purrs for me even when I’m an asshole.

Think of the little things and don’t be scared to ask for help.
It’s hard but it’s worth it.
Life is worth it.
I tell myself this every day.

We want to thank you all for your patience and we hope to grow with you ❤️ https://instagr.am/p/CKUBbdDAc-_/ 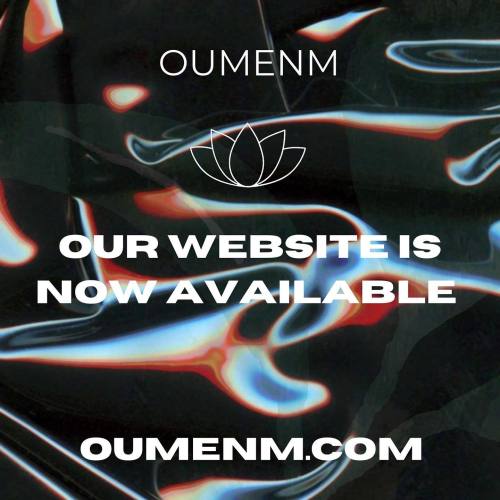 What is it like to not want to d*e?

If you would like to help me with my studies and medicine I’d really appreciate it. ❤️

I’m struggling quite a bit financially after losing my job and the situation is really heavy on my head.

I can’t cut my medicine off and I don’t want to quit my studies. They mean so much for me and help my future, so every little amount is helping me a lot so thank you so much in advance if you can send me a little help. ❤️

That the big bad wolf

Love will trump paralyzing fear every single time. You just have to surrender to it.