The demons lived inside me for a long time. I would put a knife in their hearts and call it a victory. Not long after I found out I was the one who was losing. There were wounds and cuts all over me. In order to kill them I had to kill myself. There is no go back now. Only ahead. Who knows where.

*I: The Great Hall

Omg!! This is just setting the scene for the story!

Cornutus et Hirsutus (my first crack at Latin translation and I’m not quite positive I’ll have all these right.)

The way this is written it’s very hard to read.

(I’m sure I’m about to butcher these translations 🤣)

I do not know why all of this is necessary!!

I probably would  be very upset if i were in Gringoires shoes.

Jehan and the old women seem very kind to Quasimodo.

Quasimodo sounds Horrifying in this book.

*I: From Charybdis to Scylla

*IV: The Inconveniences of following a pretty women in the street at night

What a title for a chapter!

It’s a little creepy that Gringoire is just following Esmeralda.

*V: The rest of the inconveniences

So Quasimodo was an accomplice to the attempted abduction of Esmeralda?

Why is he still in the gutter?

Esmeralda is not having it!

I feel like I’m falling asleep in this chapter.

There are a lot of unnecessary chapters in this book.

I literally can’t fucking do this anymore :’)

Don’t be fooled by the smile, I’m struggling to make it through each day and my mind is killing me but I’m trying to stay positive and I can do this!

dont catch me when i fall

let me drop to the floor

and dont pick me up when i do

let me lay there

let me lay there until im ready

and when im ready

You’re the reason I’m still here, and I am sure you don’t even think of me once…

I am nothing to you, but you’re my everything

Hmmm apparently Nick came out. He finally had his chocolate bar but said it needed something with it. I’m guessing we just had lunch which Nick was out fronting during it. I woke up from a nap and feel really cold and a bit sick. Anyways I got stuff to do and Nick may come back out later on.

I just want to cry again…all I wish for is feeling something…it doesn’t even have to be happiness, I wanna feel pain, wanna be sad again…anything is better than that state of numbness I’m in right now

So, I brought this picture, and some more like it, to my old faculty advisor, who is a psychiatrist. I asked his opinion on the books with their spines turned inward which, to me seems counter-intuitive and crazy-making.

He told me that his New York colleagues had placed several patients like this on suicide watch. The patients all said their books “with their words and colors” were “screaming at” them. Every one of these patients had been diagnosed with severe mental illness – either schizophrenia or psychosis.

I hate to be a downer, but if you have friends like this, and you can do anything to help them get the proper care, please do so.

I can feel my mom turning my therapist against me. Oh my god. Oh my god. I’m gonna be completely and utterly alone.

Does anyone else feel like a monster because you have bpd?

I thought I had it since I was 15 so 13 years ago. But I finally got diagnosed yesterday.

I feel like a monster. I don’t wanna talk to anyone cause I feel like everything that comes out of my mouth is abusing.

if you’re walking around thinking about how everyone must be looking at you and they’re all talking about you/think you look bad/other anxious thoughts, attempt to distract yourself by concentrating HEAVILY on the design of the building you’re in or the architecture of buildings around you, or if you’re nowhere near a building, just the grass or the dead trees or literally ANYTHING other than a person. sometimes your brain will just deny this and still think about people looking at you, and again as i always say, !!!this won’t work for everyone!!!, but i wanted to share because today this really helped me out. i always get so anxious walking through this particular dining hall, and today i decided i was going to study its Interior Design and suddenly i noticed these ugly hanging lights i had never noticed before. it’s actually an amazing distraction that i, for some reason, never thought of before? so if this seems obvious to you i’m sorry, i just never thought of it and thought it might be helpful to at LEAST one other person.

I broke up with my boyfriend of five years to move back home to Texas to be closer to family and friends. I’ve been broken before but not like this, I haven’t been able to find happiness in me, my job, my relationships, or any aspects in my life for a couple of years now. I go through these phases of completely hating myself and wondering if I’m the issue or If I’m just unloveable. I’ve broken off most friendships I’ve made in tennesse basically out of self sabotage because it’s hard to feel like I deserve any kindest in my life. It’s a constant struggle between my depression/anxiety and my head. I just want to know what it’s like to not overthink every single thing in my life or what it’s like to feel completely loved by honestly anyone. I don’t deserve any sympathy simply because I’m the one causing myself this pain. I’m not sure if anyone else goes through this constant battles, like I do. You’re not alone.

I have a lot of problems with skins but it’s not a bad show, what pissed me off however was the whole thing with the therapist, I was excited for effy to go to a therapist BECAUSE SHE REALLY NEEDED TO and painting therapy like some sort of hypnosis and making the therapist a psychopath and a murderer was very cheap and not cool imo 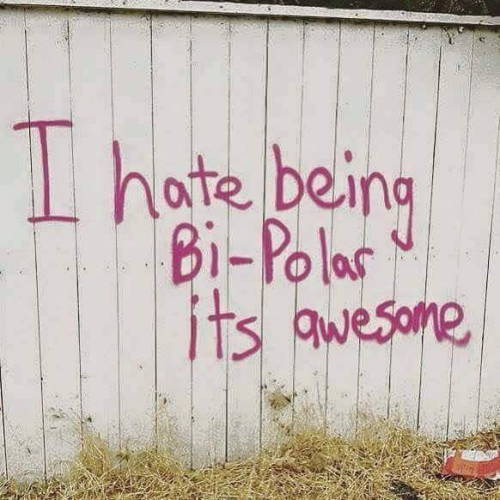 i need you to see

that this may be all ill ever be

and for that to be enough

i need you to know

that these ills wont go away

and not hope for a miracle

i need you to look

and really see me

and still love me