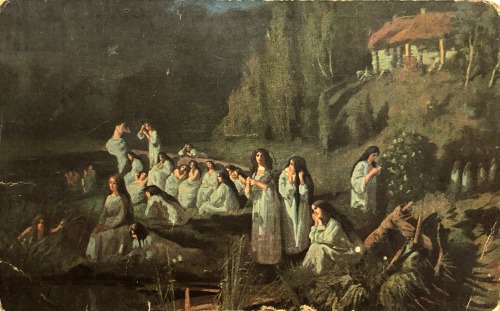 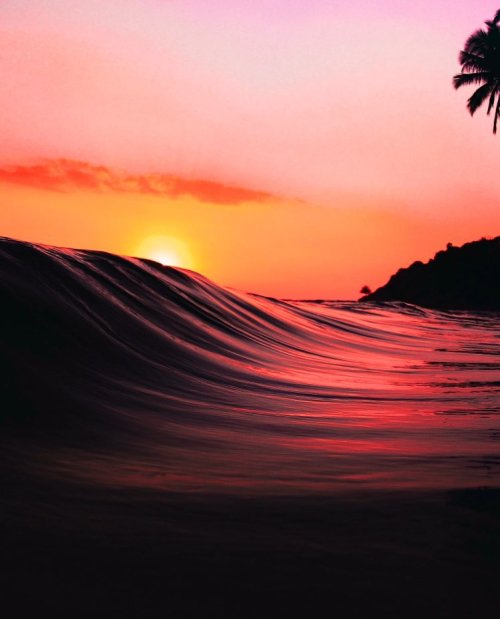 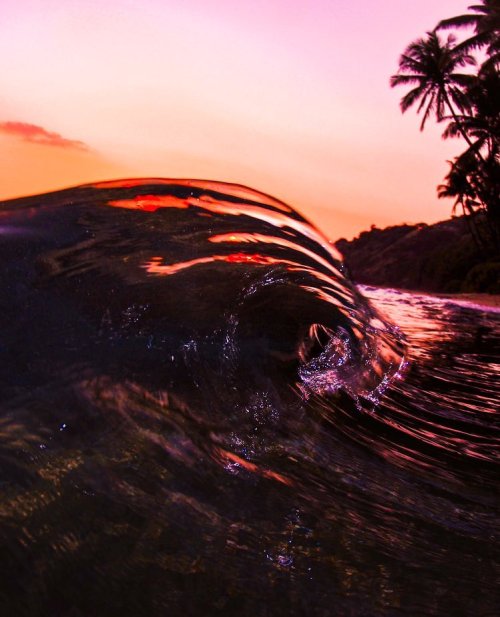 So imagine a mermaid, just swimming around and doing her own thing, and she sees a human ship so she goes to explore.

But then she sees a human dressed in a ritual helmet and being lowered from the ship in a cage. Now we know he’s a diver in a shark cage, but the mermaid thinks “oh nooo! They’re sacrificing one of their own. Humans are so cruel” and she decided to rescue him.

Now this mermaid is super strong, and in no time she swims over, lifts the top of the cage, and grabs the poor diver and swims away. The diver is panicking, but she figures that he’s just never seen a mermaid before.

She takes him to a nice little island that’s really tiny and people don’t know exist, and just puts him there like “be free my human”

The human tries to explain that he has to get back, but they don’t speak the same language, the mermaid speaks a much older version of English so there’s little communication. But the mermaid figured ‘oh, silly me! This island is too small, humans need food and places to hide. I need to find a new island for him’ so she gives him some seaweed to munch on while she goes find a different island with more things for thus human to do. She gives him a name, but it’s not his actual name because she doesn’t know that, and takes him to the new fun island.

The mermaid put the human on an island he’d be able to live on but she gets attached and keeps visiting him, giving him fish and pretty rocks (pretty much he’s a reverse goldfish)

But they start to slowly mend the language gap and they keep getting attached. Months past and they get closer and closer. The mermaid learns his real name-Thomas, and they’re soon able to have complete conversations where Thomas finally explains what he was doing. The mermaid is quite distraught at this, realizing what she did.

The mermaid is determined to make this right. She waits for a ship to come near the island, and lures them to the island to find Thomas before she disappears into the waves.

She was quite distraught about no longer having Thomas nearby and became quite despondent. She stopped eating and stopped really doing much, except visit where she found Thomas and visiting the island that used to be his home.

Then one day a ship arrived. It’s the same ship Thomas was from, but when the shark tank lowered into the water it wasn’t him. She was upset, but went to go say hi anyway. The diver freaks out, but the mermaid can’t really see her expression under the mask.

Eventually the diver calls down and realized what she was looking at. You see, she’s friends with Thomas. She’s heard his story of the mermaid that stayed with him for the months he was missing. She thought his mind merely started to hallucinate due to isolation, but now she knows better. She convinces the mermaid to join her in in the cage with the promise of seeing Thomas again, and once she swims in the cage was pulled up.

The poor mermaid wasn’t really made for being suddenly hoisted into the air and on a ground ship, and has a minor freakout when she gets on the ship, which isn’t helped by the fact that all the divers and marine biologists are also freaking out, but they eventually chill out and just put her in a vat of salt water.

Almost everyone on the ship has heard of Thomas’ story but they didn’t really believe it untill this beautiful mermaid just appeared before them. Someone has the idea to call him, and he also freaks out because his mermaid maybe-girlfriend who kept him alive for a few months after 'rescuing’ him, and he has no idea how she’ll react to being on land, or what people might do if they found her.

When the ship came into the harbor Thomas was waiting for her. Before anyone could ask any questions or stop him Thomas whisked her away to his own home, a small seaside condo, rescuing her like she rescued him.

@baiesbeau Made a post about an Obey Me Mer AU, and I wanted to draw some designs for these lovely boys! This took me… so long to do. I hope you all enjoy!

(Reasoning/explanation for each Bro’s fishy half under the cut) 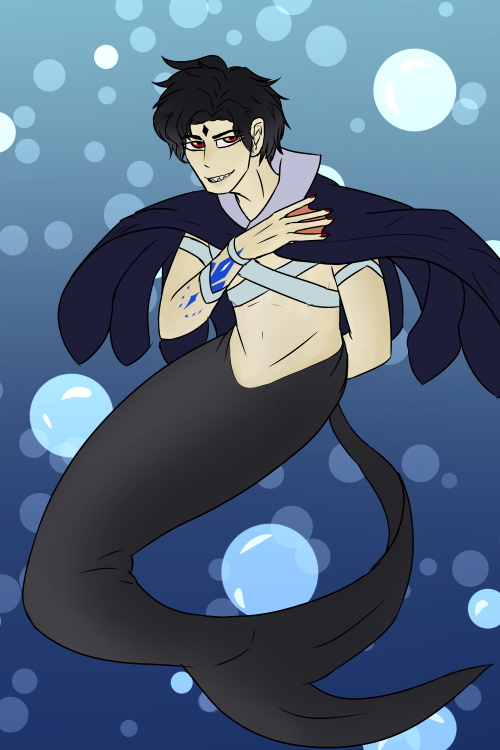 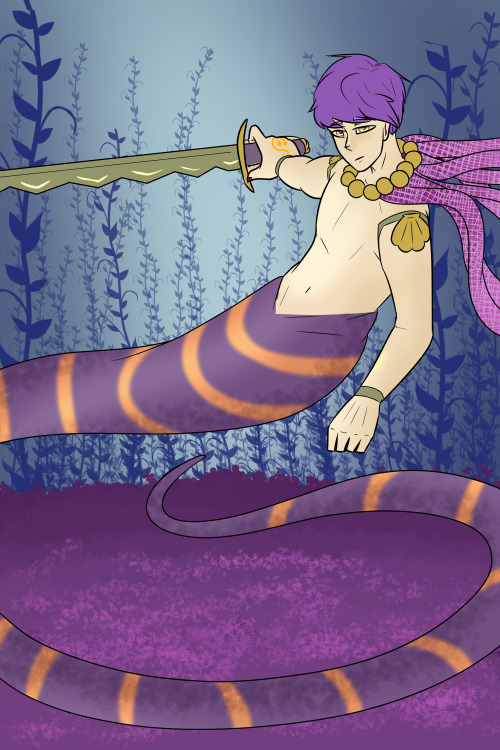 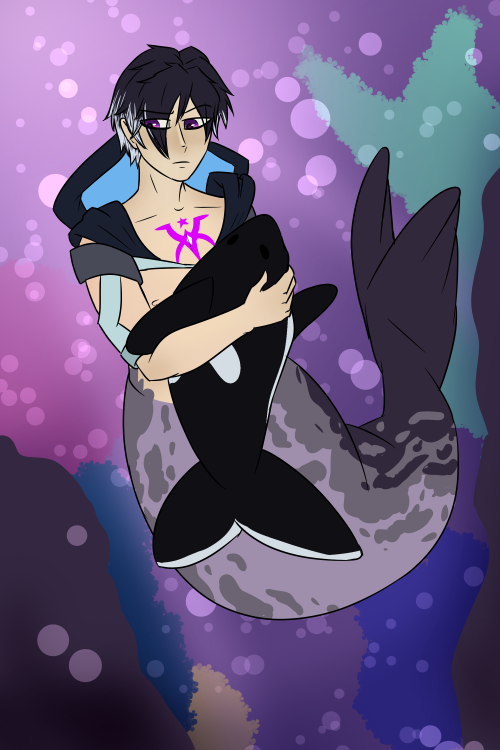 If I could take you up to paradise and above, You would tell me I’m the only one that you love. Life could be a dream, sweetheart 💭🎶💖☁️💋

A/N: Young(er) Hozier meets a stranger as he goes for a swim. The stranger is none the less than a mermaid. 513 words.

It was one of many days, no wind and a harsh sun teasing high in the sky. The star was as a round soft ball of gold. Andrew moved his line through the high grass that he was familiar with, having passed that path for years. His right hand was stroking the reeds on his way, plucking some of its seeds on a regular pattern. It was the melancholia brought by the last gleams of summer that drove him as in a dream. As in a dream, he could not control his moves. A force stronger than him had overruled him. Lanky and light-footed, he strolled towards a pond he would often swim in.

By the water, he made sure no one was around, took off most of his clothes and dove in the mild liquid, barely covered. His long curly hair twirled softly against his struggling shoulders that he bore proud. They were nicely brushed by an everlasting season. After a few minutes, he rested his wet tailored figure on the creek. The sun dried off the dropping tears. He was about to fall asleep, heavy and content by the strain when with wonder he noticed a shadow over the emerald water. Curious, he approached the stone behind which  the shadow had hidden. He first saw the angelic hair.

The stranger was a she who was with two fingers combing her hair. She was only a few inches from the young man but was more concerned about her moves than the rest of the world. Andrew was far too curious to remain afar. He came closer, waiting to see the damsel plunge in the lake. It was then than the young soul saw the boy in the reflection. She could have been scared away but she had never seen a man before. And although she had never seen a man, she was certain that this man was the most handsome one. He looked fair and kind, something drew her to him. It was then that Andrew saw what she was hiding.

She was a mermaid whose feet were made of scales that she dipped carelessly in the water. The two of them looked at each other with curiosity, determined to know more about the other species. It created an intimacy they had never experimented and that felt natural. The siren was a gorgeous young dame that had the swimmer spellbound. Her eyes mirrored the colour of the water as they looked straight at him. He craved to touch the revealed soaked skin that the sun radiated. He craved to kiss every acre of the cotton flesh he had before his eyes.

The two of them dangerously moved towards one another. Their bodies besought to unite. Andrew, as Bacchus was bewildered by his splendid Ariadne? He was daydreaming about how he would tame her and make her his. She too was demure no more. When Andrew dared talking to her, she sealed her lips on his. The pale moon piercing the clouds, they had to part but they pledged to meet again.

“Lillith” (@ariihen) - a THUNDEROUS SEA MERMAID, who’ll turn calm waters into BRASH, UNRELENTING WAVES in the blink of an eye! sailors and pirates cross her territory in search of rumored “treasure”. unknown to them is that only the worthy may pass. all else- shipwrecked 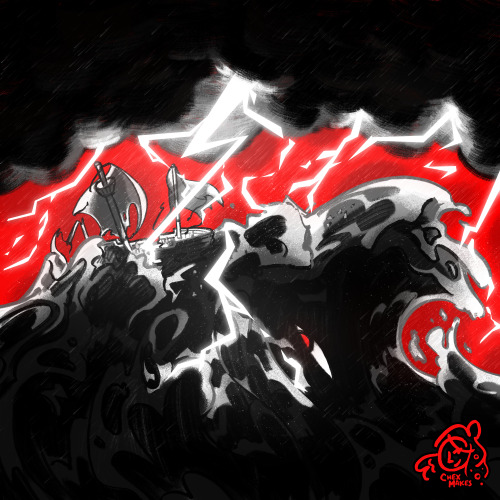 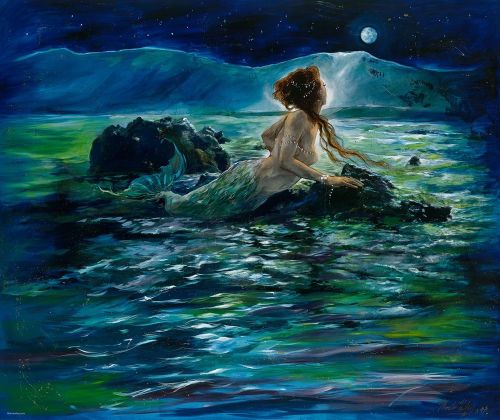 Made a mer :D
Doing all those dots was WORTH IT, i think it looks really nice
the upside down is intentional, they float upside down on the surface of the water :D
Their tiny too! Size of yer hand! 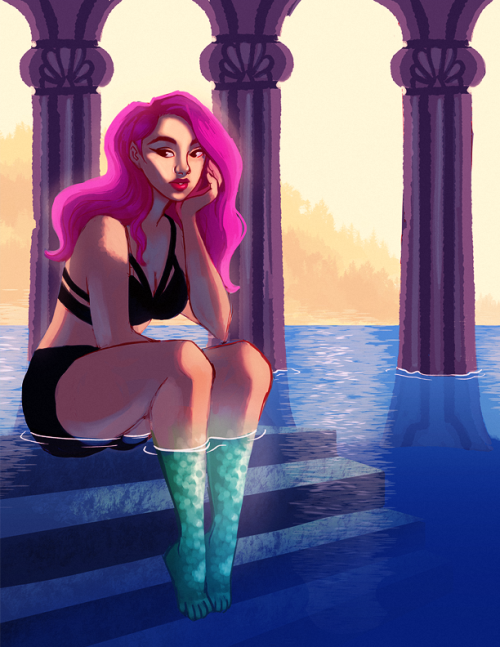