This is the first time I’ve had a full team of six Pokémon so I thought I’d give some info on each of them.

Metagross has been with me since I was a kid. We worked hard to find any hidden/interesting items we could then eventually we moved on to tombs and caves. I can’t count the times Metagross has saved my butt! I truly would be lost without them.

Magneton has been with me for a couple of years. I caught them in old Mauville while exploring and they’re really dependable if a little distant.

I caught Vibrava as a Trapinch on route 111 while I was exploring the ruins there just a couple of weeks ago. As a Trapinch he was very happy go lucky, and as a Vibrava his new ability to fly has only made him more hyper.

Meowth is an odd one. As soon as I set foot in Galar he attached himself to Metagross’s leg by biting it. Gave Metagross a scare but no real damage. He’s a feisty little guy who loves to fight.

Slowpoke is one mischievous little guy! He stole my magnifying glass which led to me looking all over the isle of armor for it. He wasn’t going to give it back so I had to battle him. I won and caught him and now he’s learning how to behave… slowly.

Squirtle is baby. That’s really all there is to it. Miss Honey gave him to me as a thank you for getting the items that Slowpoke had stolen. He’s very young and inexperienced and likes to be held like a baby. 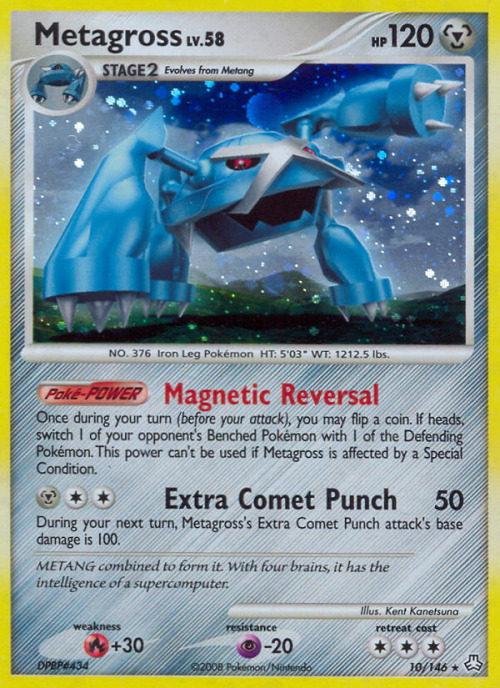 Out with the old and in with the new.

If I’m not exploring a cave or tomb you can usually find me sitting on Metagross examining something really old.

(Art by the incomparable @prof-peach )

@tj-sloan oh my gosh this is attempt 3 to get this to upload right, here goes nothing.

My friends! I’ve made it to Mt. Coronet and I’m beginning my climb. If I didn’t have Metagross this would prove much more difficult. I estimate that it will take me at least two days to reach the top. Maybe I’ll see some Pokémon I’ve never seen before!

I previously mentioned the Abra line and the spoons they use as their focusing items. With some psychic type pokemon the focusing item appears to be internal. Specifically the Beldum line.

Beldum tend to be solitary pokemon, only evolving with the aid of others of their kind. Their metallic skin appears to only thicken as they evolve all the way up to Metagross. Only the most powerful of attacks can chip it. But they will be very protective of their claws. The claws on all stages of the family are a different metallic composition and many Metang and Metagross will clasp their claws together in a medatative state to recharge their powers.

While Beldum lack the dexterity (and appropriate number of limbs) to do this, some may “plant” themselves with their claws pointed towards the earth for similar reasons. As they are part steel type, be wary of any magnetic items in the area. I believe Beldum may do this to tap into the leylines throughout the planet, but further research is required

Look at my baby who just evolved, isn’t he adorable? ;-;

this is the first time i use a Metagross for a main story, and i’m happy i picked him up!

✨Here‘s a wip of Blithe and his Metagross!✨

He doesn’t look much like a champion, and he doesn’t act much like one either; he mostly hangs around Kahuna Nanu and helps him avoid his responsibilities.

Well I’m on the ship and on my way to Snowpoint City! I really want to get a close look at the temple there and check out Mt. Coronet. I think there’s a battle club aboard the ship  so I think I’ll head there. Can’t let Metagross and Magnemite get rusty! (Pun intended) Trapinch also needs to get some experience in battling. 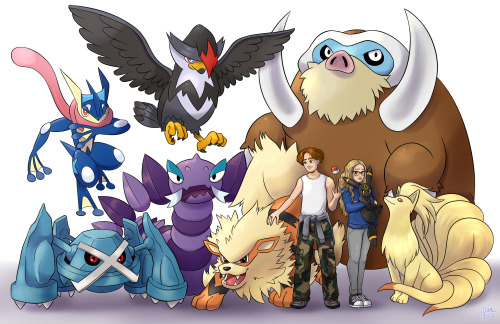 Riding Metagross as they hover is really the only way to travel! I have some time for asks during the ride so if any of my new followers have questions I’d love to answer them!

Beldum, Metang and Metagross do not produce waste. All the metal they eat gets absorbed. Very efficient!

Taking a rest inside a cave. Metagross always uses psychic to lift me up and sit me on they’re head while I work on my laptop. Would love to get some asks!

My partner in the pursuit of knowledge is my trusty Metagross. We’ve been together since I was a kid and they were a Beldum. They keep me company during the long hours of research and they’re no slouch in a battle either.

Hello all! My name is TJ, and I am a Pokémon researcher from the Hoenn region. I specifically research the legends collectively known as the “Regis”. My mentor Professor Birch thought it would be a good idea to document my findings in a blog format. It can be lonely when you’re out in the field with no other humans so don’t hesitate to say hi and ask about my research!

#pokemon headcanons, #metagross, #regice, #regigigas, #regidrago, #regileki, #regirock, #registeel, #tjspeaks
2 notes · See All
pokemonrubyText
#already spoiled myself on a lot of things regarding it but i'm still pretty excited, #ONE MORE DAY AND I CAN FINALLY REUNITE WITH MY BELOVED SHINY METAGROSS :SOB:, #riley rambles
4 notes · See All
Next Page