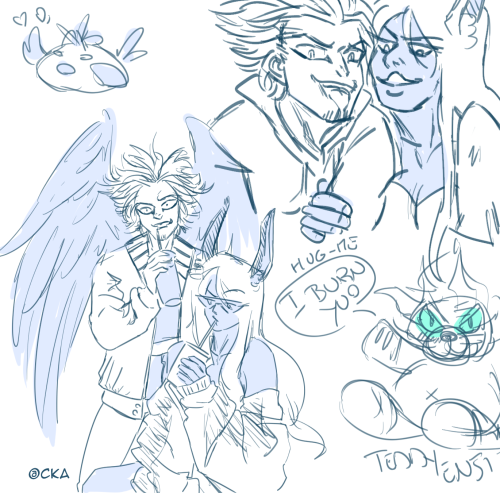 Since I did my girl dirty last time, I decided to make it up to her-

I have no excuses, I just want to draw Geten. And just a quick note that we should all be spreading positivity and not negativity. Pride month is to celebrate people’s individuality and to have pride and to embrace in our identities and sexualities, it’s not a time to spread hate and negativity. So if you are homophobic or transphobic, etc. and are apart of pridefall in which youre attacking, harrassing and reporting those of the LGBT+ community, then i just wanna say… you’re f*cking disgusting. grow up and quit it, keep scrolling, no one cares for your opinion and you dont have a say in how others live THEIR lives. And Maybe whist ur at it, go shove it where the sun don’t shine😁

Pride icons!!! Yay!!! First up, my boy, Kirishima!! I’ve added light and darker skin because I loved the look of both. (I’m aware I’m using the 2019 calendar, I just need to know the days lmao)

Feel free to use any of these as icons, but please credit me!!! PLEASE STAY SAFE DURING PRIDEFALL💕💕

Luci is being introduced as she was absent from class for the first few days of school due to her certain… circumstances.

Shōto recognizes her right away, as the two has met before at a party hosted by his father, as he has hired Lucielle to perform piano for and to play as part of a professional string quartet, as she was known for winning classical competitions. Endeavor also wanted to make connections with her father, as he was a pro-hero trainer in America.

Long-story short, Shōto and Lucielle were the youngest at the gala and with both being wall-flowers, they sought each other’s company. Although their interaction was a bit awkward, Luci left an impression on Shōto, both gaining an even understanding and respect for one another.

Todoroki is surprised to see her at UA, as he had not expected her to take the hero path. Because of he remembers her as a gentle and warm person from their first encounter, he is lost in thought when he sees that the air around Lucielle is gloomy, and there’s something different about her that he just can’t put his finger on…

Mina would have Melanin change my mind.

I really do love these two. They always cheer me up!

I bring you my boys, they all earned my little heart as an artist. Let’s say here I put everyone at the age of 16, they are my babies.

I drew them at a street fair, both with wolf ears or mickey or din them, it was a pleasure to draw them. 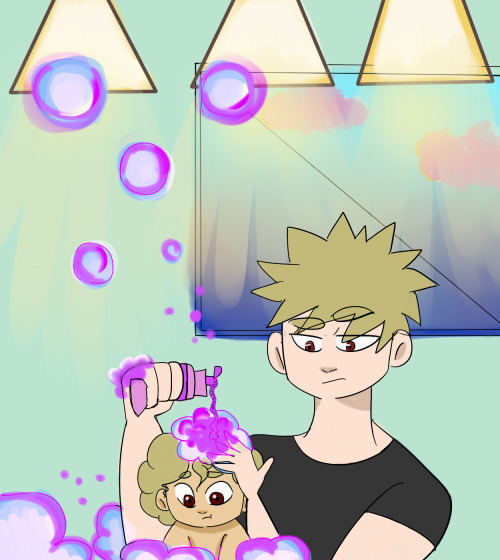 Guess what. MORE DEKU DOODLES. I like this style of mine. 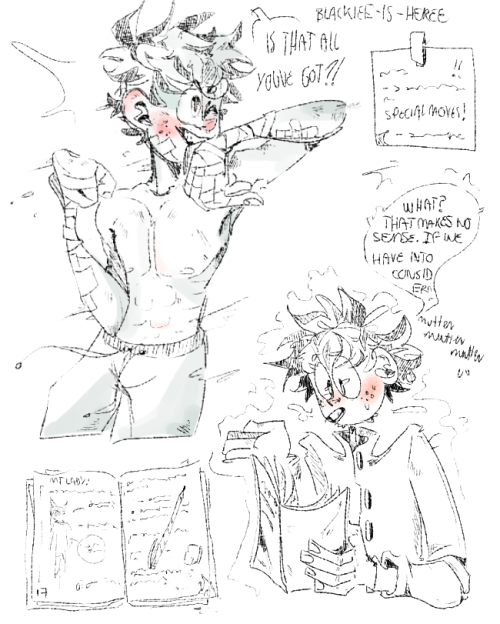 when people say “nine-tailed Bakugou” I think about this 😂

Bakugou as Ahri from league of legends is just beautiful 😳❤

I’m having too much fun with this, but I don’t know when this motivation is going to run out. Ah.

Reblogs are heavily appreciated! Reposts are not allowed, it’s the opposite of what I want.

My Aizawa sticker I made, I think it turned out pretty good ngl