ADHKJAHDLIARNAKJHDFIUASFH OH MY FUCKING GOD I JUST HAD AN EPIPHANY

OKAY, OKAY, OKAY SO I was thinking back to when I was homeless and how I would spend literal hours at cafes, libraries, and fast food diners and OH MY FUCKING GOD IT makes so much sense I think Aizawa found this cat cafe while he was homeless and looking for safe, quiet, places to spend his time. He was spending any free time he had in these cafes while he was homeless after graduating (I can’t find the manga panel of him sleeping on the ground with his suitcase next to him, but it’s somewhere on this hellsite) and probably developed a routine that he still follows (along with still using a sleeping bag instead of a bed, living very minimally, eating lots of quick, processed, easily portable meals and jelly packs, not caring what others think of his appearance, etc.) I personally also still have habits and lifestyle routines from when I was homeless. Like, I really hate sleeping in regular beds now, I sleep with my mattress straight on the floor, with a mattress cover, and two small blankets. If I get too hot I kick one off, if I get too cold I burrito up or put on extra layers of clothes. I really can’t stand sleeping with a comforter and bed sheets. I keep everything minimal or reusable and don’t like having a lot of stuff in my living space or just in general, I don’t care so much about what others think and can go outside looking like shit without feeling horribly self-conscious like I was before, etc. And who else do we know that does “weird” things like that??? Oh my fucking god it makes so much sense. All of his “strange” behaviors make so much more sense if this Homeless Hero theory is true. When he was a young hero with nowhere to go he found rest and refuge in this cat cafe. It must have acted as a sort of therapy and gave him some peace and comfort after his loss. I mean he was obviously already fairly different when he was younger, but it seems like the “strangeness” ramped up after the incident with his friend and becoming a pro (trying to avoid super heavy spoilers). OH MY FUCKING GOOOOOOOOD-

Even though I loved Twice, I fully understand defending Hawks on this one (and not only because i adore that beautiful bastard). Twice getting backstabbed by people he trusted TWICE (hehe) is of course sad and all and I totally get his emotional reaction.. but it’s not like Hawks had a choice to begin with. To me it really seemed that he liked Jin and he even tried giving him a second chance (even saved him from Dabi’s fire first).                                                                    Maybe STABBING HIM IN THE HEAD wasn’t ultimately neccessary but what else should he have done in that moment? After all, Twice had escaped at that point and was not only a super strong opponent with his quirk, but also about to alert everybody about the traitor and call for backup..

I’m also of the opinion that everyone totally shocked and mad at Hawks killing someone probably just read his character in a different way than it was intended. Because: (and this is only my opinion) Most of this happy- go lucky guy we’ve seen in him, especially around Endeavor, seems like a big fat facade. This guy is a SPY, a double agent, (they didn’t make him that for nothing ->) the NUMBER TWO HERO and he’s been trained since he was a little kid. Someone like that wouldn’t suddenly go easy on a villain just because he LIKES that person. To me he also seems to be using his humor and dorky attitude mostly to cover up some pretty heavy baggage he’s carrying. We see that person shine through sometimes and we can also see it in his goals and ambitions. He’s pretty much tired of all the shit he has to put up with and doesn’t quite agree with the whole “hero” thing either. If that doesn’t scream “potential for killing someone against the heroe’s creed” to you, I don’t know what does..

Anyways.. I personally think Horikoshi is handling this whole thing phenomenally up until now. Of course it’s sad to see a great character like Twice go and I’m personally devastated, but I am SO GLAD that his death did and will (most certainly) have great impact on the story - especially on the ambitions of Toga, for example.

Twice = cinnamon roll, light of my life, deserved happiness -> will never be forgotten

Horikoshi = evil genius: thanks for breaking my soul.. again.

If you would excuse me now.. Ive been leaking out of my eyes for hours, it’s 6 am and I really need a nap.

I absolutely love Dabi’s expression in this panel of the newest chapter…. He looks so happy out of context <3 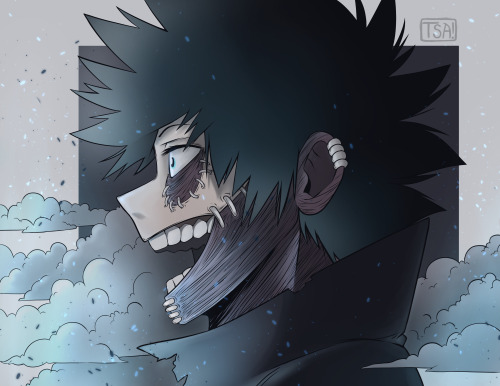 me, after watching last week’s episode: damn…. maybe tamaki really is in love with nejire 😔😔

Twice was my fave LOV next to Dabi. 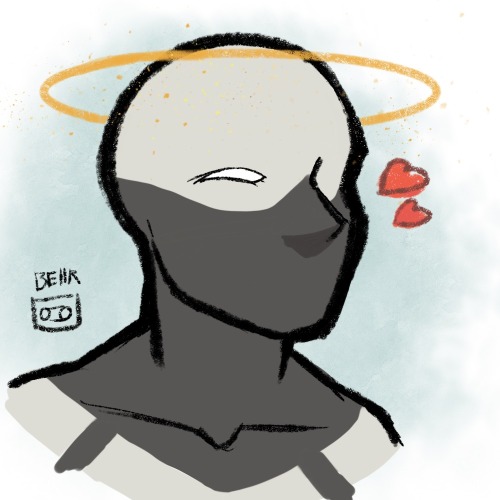 Trust issues and digging for all the info? Or….

Can he hear it from Endeavor long time ago?

okay. ok. but like even if dabi and hawks weren’t childhood besties and even if they never met before hawks’ double agent business, WHAT IF the reason touya knew of takami keigo was because endeavor never shut up about him?

if endeavor knew about the little boy being raised by the commission and being set up to be the greatest hero of all time, there’s no way he WOULDN’T hold that over touya’s head and compare him to hawks. he’d wonder why touya couldn’t withstand the intense training that hawks could, and would punish him for that, always criticizing touya for not being able to do what a kid even younger than him could do. touya builds up a bitterness towards hawks without ever even meeting him.

when they finally do meet, hawks has no idea who touya or dabi is, but dabi knows. he knows how close endeavor and hawks are and how much they work together – probably something that endeavor would’ve liked to do with touya if he hadn’t died/been a failure. dabi makes the mistake of trusting hawks because he gets lost in the excitement/relief of a person he once resented joining his side, seeing his perspective, etc. dabi understands from what endeavor told him as a kid that what the commission did to hawks was Not Good, and dabi believes hawks knows that too (because how could he not when he was treated like that?) and also resents the heroes for it, so he lets hawks hang with the villains as a big fuck you to endeavor.

And that’s the end of the chapter, and the end of those particular students. Rip to them, but it was expected of from those going against the human grenade.

Well, last chapter set the fact that Bakugo was starting to adjust his views on teamwork, and this one they rolled with it like a steamroller. Yeah, Bakugo is still a loud prick, but he now realizes that he isn’t perfect, and if he wants to achieve his goal he needs to cooperate with others. He protects them, and in turn they clear the way for him, a win-win situation, and he’s fully willing to use it.

After the bomb dropped and everybody realized that Bakugo wouldn’t ruin this match because he decided to not be a prick, class 1-B collectively gulped in fear as they realized their only hope of winning went down the drain. As the Spanish inquisition, nobody expected the Bakugo character development reveal. Well, I’m sorry, but class 1-A really deserved this win, they adapted and collaborated, they didn’t hyper-focused on a single plan that hinged on a single person acting like an asshole, even though this person always acted like this.

So, Bakugo took the win. A perfect win, mind you. At least I know this won’t inflate his ego, because he knows that the only fact that he won was because he had a team to help him out.

Anyway, that’s it for today. Bakugo killed his enemies, His enemies were killed by Bakugo, and I’m still offended by the fact that everyone hates the sweater that Aizawa bought for Eri. Goddammit, it was from the heart, he truly believed she would’ve like it. Dammit, now the fashion police is knocking on my door, I don’t have much time, but stay tuned for Chapter 209: The final Showdown, if I manage to get away safely. See ya nex

Hawks: How do you know my name? Who ARE you?!

Hawks: I know that’s not your real name!

Dabi: And how do you know that?

The first BNHA movie: you want content for your ships? Here! Take it! You’re hungry for content of all of your ships? Take it! Take ALL OF IT

boy it sure does hurt to be a Hawks stan

Previously on BnHA: Tamaki ate a horse; Dark Shadow punched Re-Destro through a wall; Gigantomachia didn’t want to wake up from his nap; Tokoyami climbed inside of Fatgum’s stomach like a little emo joey and mused about Hawks; Hawks was all “am I evil or no? history shall decide!” and sort of kind of maybe tried to kill Twice; and then Dabi showed up and set the two of them on fire before you could say “stop, drop, and roll.” All of this was a real chapter that really happened. Anyway but then Hawks saved Twice by pulling him out of the fire, which I totally didn’t notice during my first readthrough last week, so that’s nice. But then Dabi stepped on Hawks’s face and used his quirk again. So that was not so nice. We’re really having ourselves an arc, here.

Today on BnHA: Well you know the old saying. Save a man from burning and you feed him for a day, stab him while he’s running away and you feed him for life. Oh, the chapter? Right. Well Hawks is perfectly fine aside from getting a sexy scar for his troubles, which I’ll have you know I did predict. Twice however is not so fine, which, fun fact, I did not predict. If you’re just joining us. Yeah. I boofed it. Anyway so Hawks escapes Dabi using the power of mysterious main character logic, and then he stabs Twice, and Twice dies, very slowly and sadly and in Toga’s arms. That’s it that’s the chapter. You’ll love it. It’s full of feels. And death. Lol I’m in a mood right now I’m sorry guys. I’m gonna go write some healing Bakugou essays.

trying to figure out what to feel after 266 when you like hawks, twice and dabi:

I think about the parallels about Hawks and Ace and how they’re very very very similar but just different enough for Ace to actually hate Hawks if he ever really found out about the things Hawks has done and will continue to do.

Hawks does things that would make Ace fight him to the death on the street: the saga.