Reppin 5sos even in the er

Michael proposed to Crystal in Bali!

first calum now michael. this band is truly the sweetest band in the entire world. wow we don’t deserve them. 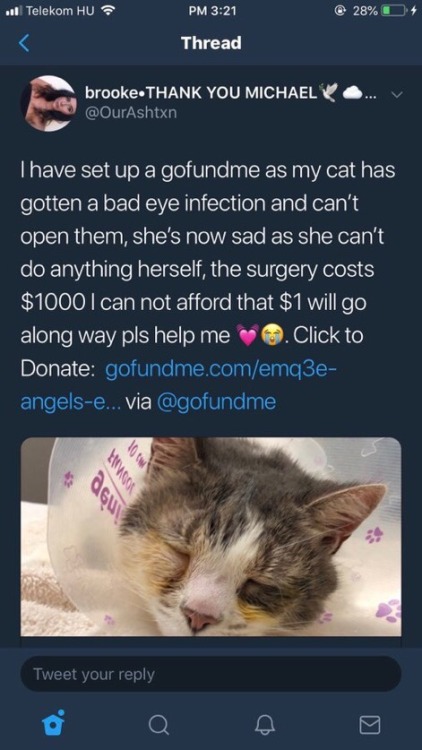 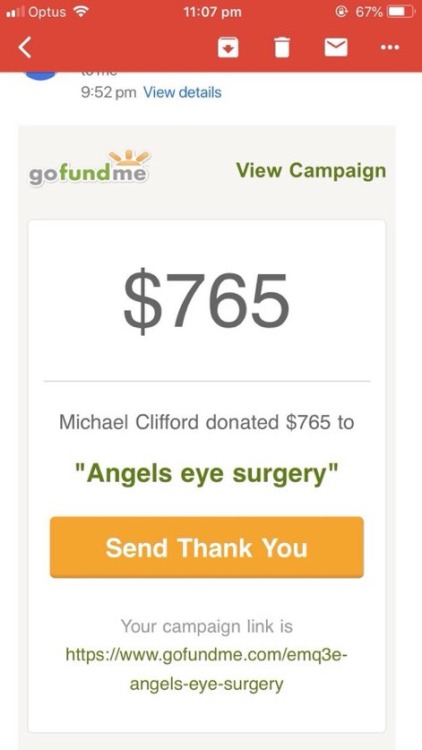 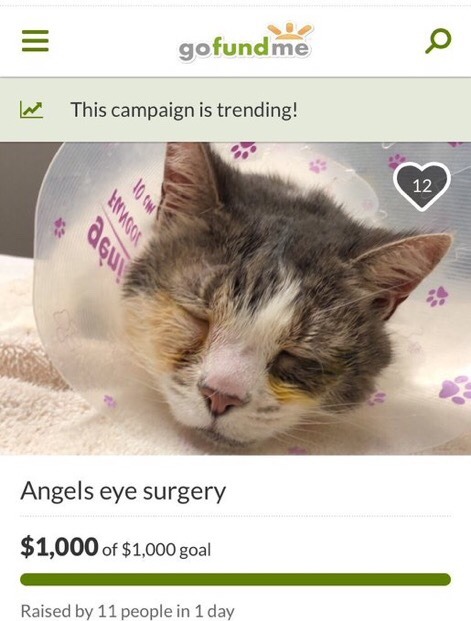 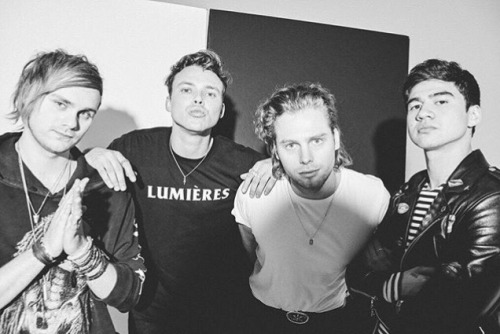 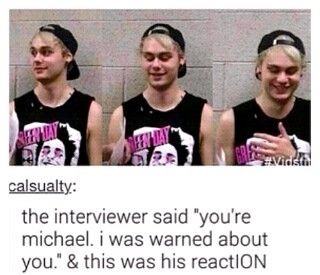 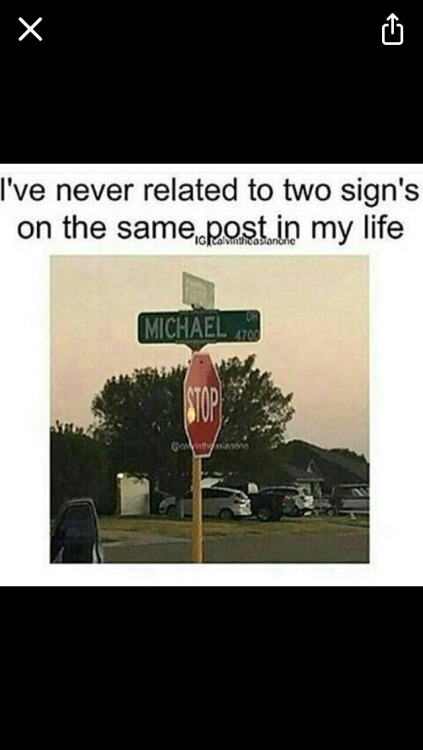 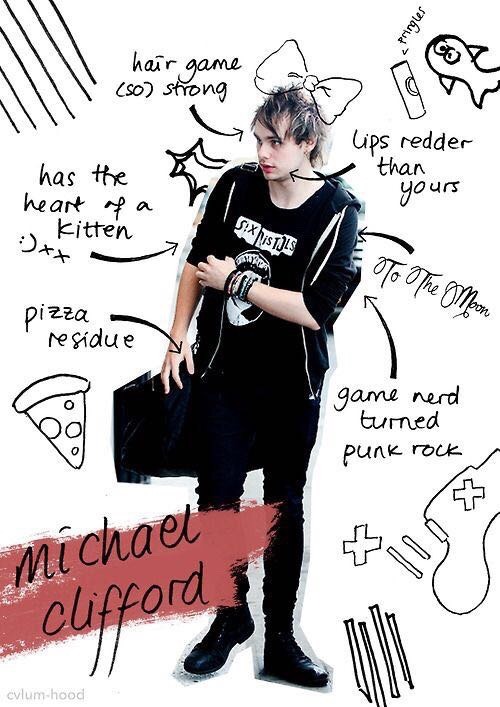 It was my first concert ever and it was amazing! I mean I can’t really compare it to another concert but I loved it so much! I mean I knew 5sos before and I also knew nearly all songs but the concert gave me everything! I would definitely go again! Favorite moment was when Michael was standing alone on the stage and wanted to start singing Jet Black Heart but he couldn’t because we screamed the whole time, I swear it felt like 5minutes screaming and Michael waiting and kind of smiling at us and kind of like waiting for us to shut up :D BUT THEN HE BEGAN SINGING JET BLACK HEART and it was just everything.

You just realize he hasn’t left his house in a couple days because hes too busy with pokemon.

Summary: A fan was being a real bitch to you and Michael steps in….

“YES YES YES” I push Michael off screaming of laughter.

“that’s what i thought y/n mhm” He smiled at me before leaning over giving me a peck on my lips. “Okay ready?” he says clapping his hands together.

I nod. Today we were going to see some festival that has performers and artists that not a lot of people know. I honestly think it’s a great way to get discovered specially if you want to do music for the rest of your life. And if you know Michael, you know he’s all for that; helping people turn their dreams into a reality. Plus free food and music  who would say no?

I slip on my, now dirty, white vans and fix my the hem of my red but loose crop top. I look over to see Michael struggling with his button on his collar. I laugh and walk over.

“Need help handsome?” I lightly push his hands away replacing them with mine. I button his collar up and ruffle his hair. “I can’t wait i honestly don’t know why i’m so excited!!” I feel m cheeks heat up because I know i’m oddly annoying.
He grips my waist planting another kiss on my forehead. “I am too! I feel like i wanna..maybe.. sign another band to Hi or Hey records. just give them a chance of a lifetime you know?” his eyes light up like a child at disney world. I laugh and nod my head. “understood.”

He takes my hand and walks out to his car. I buckle up adjusting my chair a little. One of the boys must have sat in it before me judging by how much space was left for the leg area. The car ride was pretty silent with music playing. Every once and while Michael looks over and kisses me but very little interaction.

After a while we arrived and may i just say it looked awesome. People were singing and you could here the bands from the parking lot. There were rides like a carnival. Couples everywhere running amd holding hands, which made me excited.

We met John and Steve, the bodyguards, at the front so they could escort us inside. I didn’t really like the idea of having them but since Michael tweeted he was coming a lot of fans showed up. We just wanted a normal date. They’re just here to make that wish come true and to protect from getting too chaotic you know? I smile and took Michael hand while he wraps both arm around me. “Excited baby? We can go on a few rides before the performances” he whisper shouts into my ear.
I smile at him because i know he didn’t mean it. “No no no baby “ I turn around to face him, “you wanted to see the bands! so let’s go!!” I laugh as we make our way through the crowd jamming out to different unknown performers.

It’s been about three hours and the sun is just starting to set. I lost Michael and John about 20 minutes after they left to the bathroom and Me and Steve lost our spots on the grass. We walk around searching for the both of them. Steve dropped his phone and my died so they were no way in contacting for a while.

I spot a few fans laughing and giggling about something on their phones, i knew they were fans based on their merch they were wearing. I kindly walk over and tap one on the shoulder. Steve standing close by. The blonde one turn around and gasps. “You’re fucking Y/n” she turns back around to her friends “is this really happening?” she laughs and turns back to me.

“Why the hell are you talking to me?” Taken back I furrow m eyebrows. “uh.. i-i uh wanted to know if you guys have uhh…” I play with my fingers nervous as hell.

“Are you stupid or something? spit it out” The short one behind her shouted at me. I huff ready to leave, As i turn around to walk back to Steve, the blonde one grabs me and pulls me back. “excuse me we were talking rude ass bitch” she says glaring at me.
I push her off me. “don’t fucking touch me. STEVE!” Steve quickly comes over and takes me away pushing the other fans back. I wanted to cry at this point but as always it gets worst.

They shouted after me. “WHAT DOES HE SEE IN THAT FAT ASS BITCH. HE JUST WANTS PUSSY BUT HE MUST BE DESPERATE ENOUGH TO GET IT FROM HER” I gasp looking back to see them recording and laughing.

Steve told me to ignore them and keep walking but i couldn’t!! they didn’t stop!! “WHERE IS HE?? LEFT YOU ALREADY?” I was about to turn around, ready to slap which one said that, when Michael spotted me running towards me.
HE laughs and hugs me “I thought i lost you!!! where did you go?” I look up and glare at him “no where you fucking left and didn’t come back for almost an half hour!!” I push him away crying.

“Are you really crying because me and john got lost? That wasn’t my fault!!” He wraps his arms around me apologizing. I push him off again. “N-no it’s not that!!m it’s your stupid fans” I spit at him rubbing my scratched up arm they pulled. He looks up from behind me and squints his eyes. The girls were still laughing a mocking me with stupid shit.

He sighs and tells john and Steve to let him through to the fans. I shake my head “No M-Michael just leave it be!!” I would run after him but i want nothing to do with them. “just stop”. I give up though he’s already over there talking to them.

“You know what i find so fucking hilarious? How you people say you supoort me and you “have been there for me” but act like this!! Specially to people i fucking love and would die for. You guys clearly don’t care if i’m happy or not so leave me alone and just stop” He rolls his eyes and stomps back to me taking my arm leading me out.
I look back at the girls standing there in shock and smirk. I lean up and kiss him> “you didn’t have to do that baby” He huffs and turns to me “but i did princess. I love you and don’t like seeing you hurt” I smile at him.

“I love you too baby” I lift his arm pointing at his tattoo “to the moon and back”. We burst out laughing. 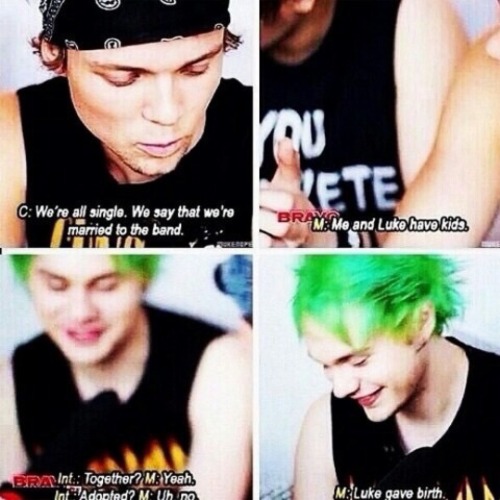 If you’re a 5sos blog, reblog this so we can follow each other! I want mutuals!

Guys i dont have any friends :(
If you like…
Halsey
5SOS
One Direction
Twenty Øne Piløts
ATL
The Neighbourhood
Panic! At the Disco
AHS
Skins
Melanie Martinez
Nirvana
Ship Malum
The color black
Or just need/want someone to talk to just
Kik:alexandramaliik
Snapchat: alexxandramaliik
Ig:se7enteenblxck_
Or whatever me!!!