Milla and Sasha mention about the dentist to poor Oleander who has a terrible and very painful toothache. He doesn’t want to go and is afraid because the dentist stuck his hand in Oleander’s mouth, thats their job! Based on Totally Spies Season 3 Episode Dental More Like Mental. 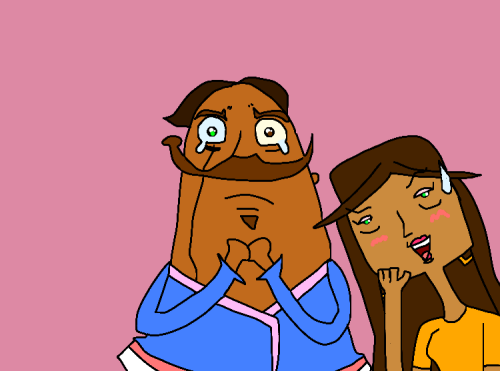 The trio investigate a conference in Paris. Of course their eyes all light up. Paris is a famous city and well loved one as well, well deserved! :) This makes the mission less boring for the three of them. There’s a connection. Based on Totally Spies Season 1 Episode Abductions. 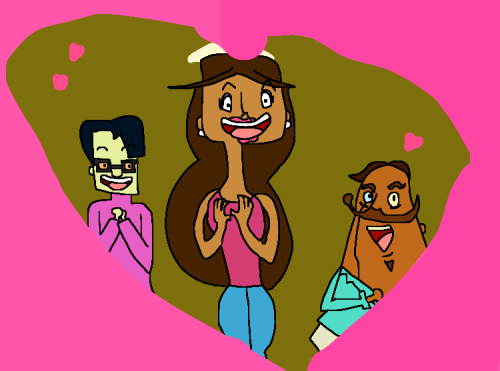 Milla’s the kind of person who gives Christmas presents to pretty much everyone she knows.

Milla meets an old boy from her childhood who was a jerk to her and he wants to try to make amends, but Milla wants to get revenge on him, during their date, due to his jerkiness. Oleander and Sasha give her weird looks. Based on Totally Spies Season 1 Episode Spy vs Spy. 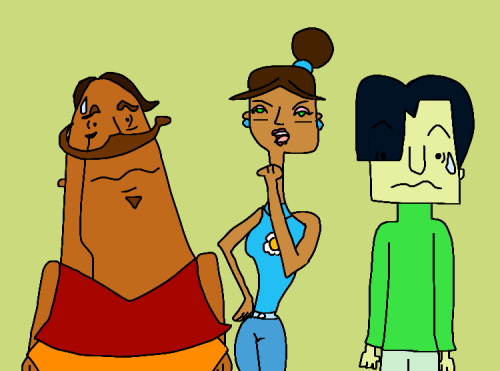 Milla is in love with a handsome musician and cannot take her eyes off of him. Oleander and Sasha give looks because they didn’t know that Milla was in love and didn’t understand that. She falls into Oleander’s arms. Based on Totally Spies Season 1 Episode A Thing For Musicians. 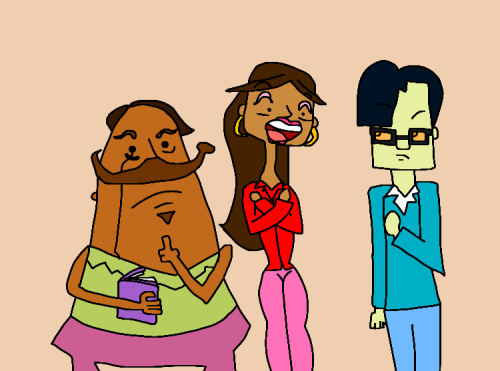 Lili learned about 50% of the swear words she knows from Sasha when she was younger (not that he taught them to her on purpose; he just didn’t necessarily remember to filter his speech when Milla wasn’t there to remind him that a 6-year-old was present). The other 50% was mostly from biker movies.

Milla and Oleander fall into the sewers only to find out that they are being rescued by Hollis. They are shocked and they sit there in shock and somewhat fear. They are happy to see her, but are in for a big surprise. Based on Totally Spies Season 1 Episode The New Jerry. 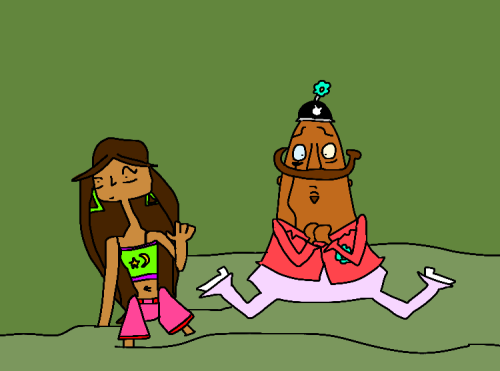 The trio are searching around for evidence of the missing spy soap opera actor that they love and Oleander comes across the jelly donut that the actor was eating and they all look at it. Of course Oleander takes it. Based on Totally Spies Season 2 Episode Starstruck. 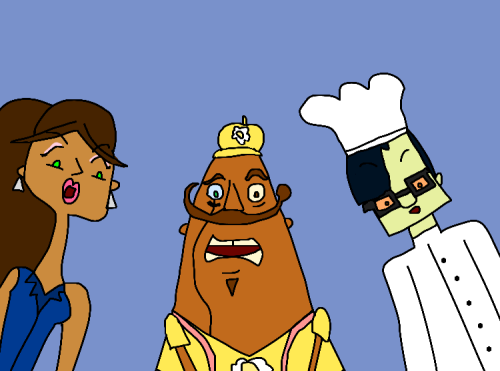 The trio are looking for the professor in the ruins and they still don’t know where the professor is. Milla is standing in a pit of snakes. The trio screams in terror, especially Milla. Based on Totally Spies Season 2 Episode I Want My Mummy. 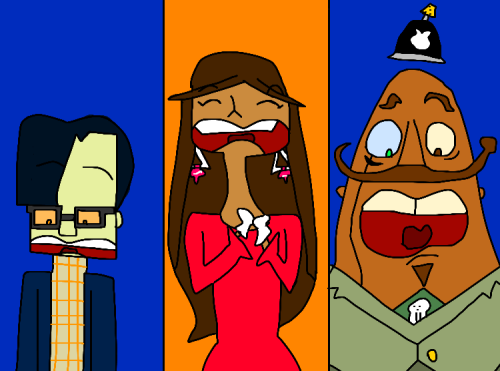 Milla is remembering a hot surfer dude from their recent mission and Oleander is irritated. She cannot stop gushing over him. This is just as they are waiting to get lunch and Milla decided to separate ways with the surfer. Based on Totally Spies Season 2 Episode I,Dude. 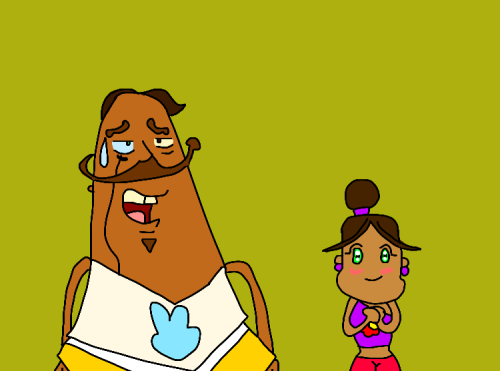 Sasha found the green disc for a game from an evil gamer teen, but he has a crush on this gamer girl. Milla and Oleander call the gamers lame, implying that Sasha’s gamer girl crush is lame, making him mad. Based on Totally Spies Season 6 Episode Vide-o-no! 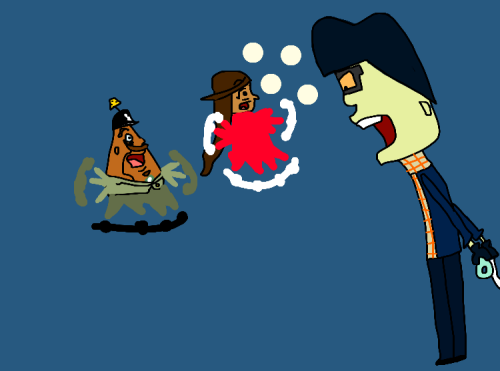 After the Trio is fed up with Ford and they get sent trough the TV to their mission, they get frizzy hair and moustache and everything static because of the power and electricity. Milla is devastated and angry and upset. Based on Totally Spies Season 1 Episode The New Jerry. 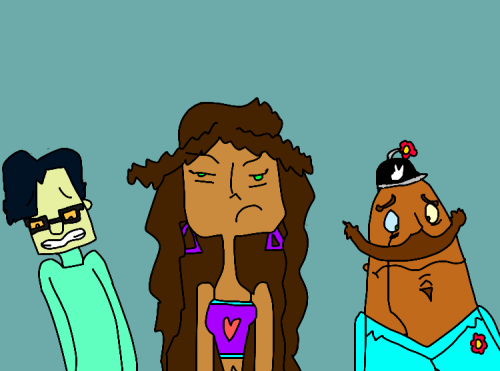 The trio try to make the best house party ever, but Bobby has other plans…to make his own house party! Milla thinks there will be many people at her party, but Bobby thinks otherwise and about his. He bowls Milla over. Based on Totally Spies Season 3 Episode Scam Camp Much? 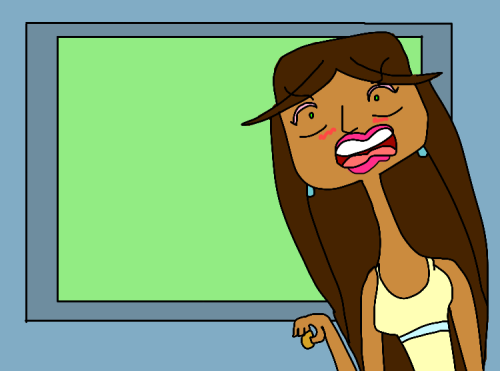 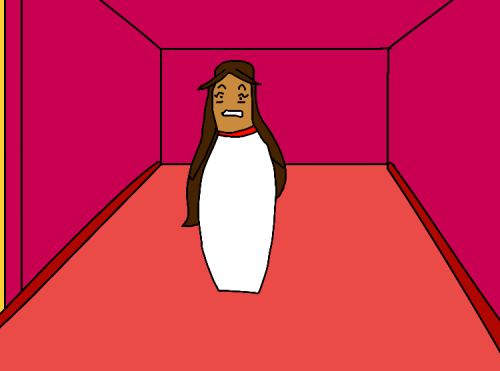 Whispering Rock clearly has a sleeping arrangement problem, with 21 kids and only 18 bunks in the kids cabins area (maybe they were never expecting to have so many campers at once). But kids are springy and it is summer camp after all, so the extra kids sleep in sleeping bags on the floor.

But there is also no apparent place for the counselors to sleep. So headcanon is that there’s a basement in the lodge set up kinda like a military barracks- guess who designed that? Actually, Morry usually sleeps in his treehouse, partially for child supervision and partially because he snores and talks loudly in his sleep, and it was politely(ish) suggested that maybe he’d like the fresh air better. Ford sleeps in his sanctuary where his brain can function. That leaves Sasha and Milla in the lodge basement as basically a shared dorm (which is not at all a source of gossip for folks back at headquarters).

#I feel like the lodge is weird but there's literally nowhere else it could be#Unless Sasha sleeps in his lab which I can't see unless there's another room attached somewhere#cause there's no way he's sleeping on one of those weird bacon chairs- wait did Ford pick those out?!#And I guess Milla could have that underlake lab from the concept art but that seems like a weird place to sleep too#Psychonauts#Or maybe they jus sleep on the ground in sleeping bags too but like#they're too old for that crap#I'm 26 and I'm already too old for that#Whispering Rock Psychic Summer Camp#my headcanons#Camp kids#Morceau Oleander#Sasha Nein#Milla Vodello#Ford Cruller
22 notes
smkfan99
Photo

Milla is having some ice cream that Oleander likes and he sees it and instantly forgets what he was going to say. He loves that ice cream. He was there to them them about a girl taking him to the dance. Based on Totally Spies Season 4 Episode Evil Ice Cream Man Much? 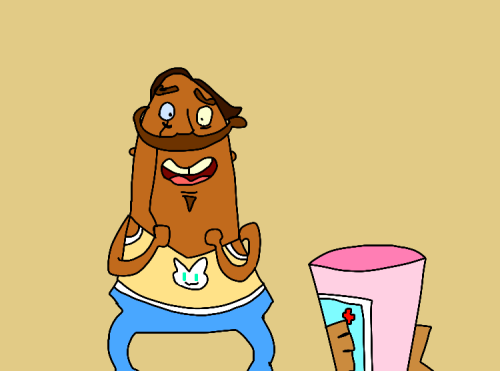 Some Camp Activity Posters with Oleander and Milla and a Lineless style cause I felt It would be cute and fun to make. Groove is dance and workout and A & C is Arts and Crafts. Just felt like doing something different! I hope you enjoy these and like them because they were fun!!! 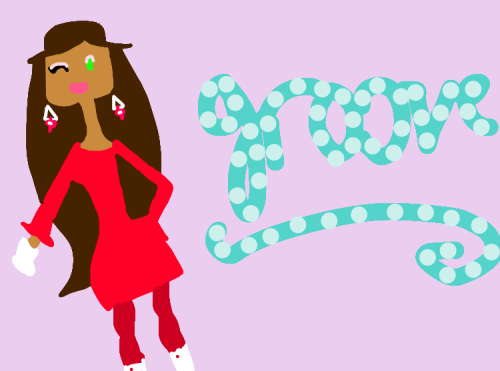 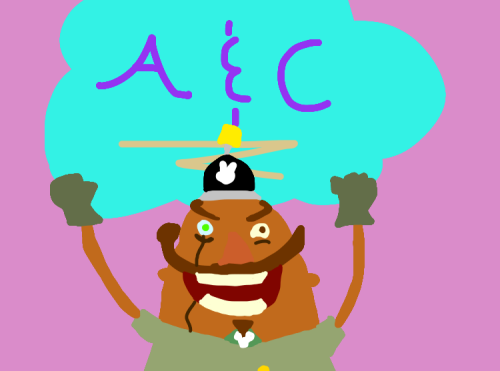 Milla and Oleander and cornered by a villain who wants to destroy malls, attempting to destroy the newest mall round the corner! Sasha has been brainwashed to help. Oleander asks: “By the way…What is your evil plan?” Based on Totally Spies Season 1 Episode Malled. 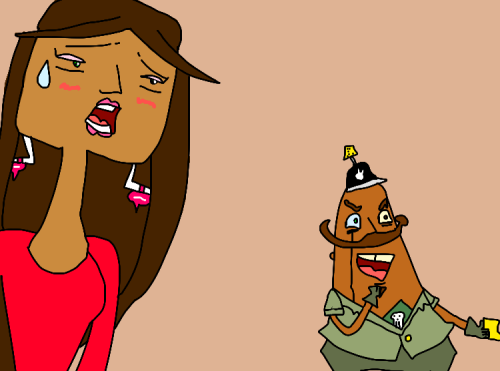