Sero, turns to Kaminari: Mina has no idea I’m high. 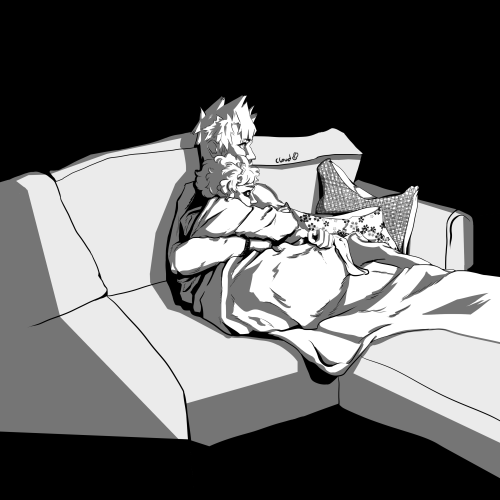 AHHHHH DJNDDIJDD TOP THREEEEE i suck at ranking hsdjjdjd but yesss!!! i call them the Original Trio and i love them tremendously! but let’s see… if i had to pick three of some of my favorites, I’d probably go with:

thank you for asking!!! you guys should tell me your favorite friendships (or ships if that’s your thing!!) too 👁👁

Chapter Three and Four are already posted on WattPad! (@graveyardghoul-)

The grass in the field was still wet from the storm last night. Dew drops rested undisturbed on tree leaves. The sounds of birds chirping in the air indicated the sun would be rising soon. You walked in between Mina and Séan, your team had beed walking for a solid thirty five minutes now. You were barely able to keep your eyes open. Usually you were find with late night shifts, mainly because you hated waking up early. Working the late nights usually meant you got to sleep in the next morning. Your head snapped up when you heard Marks yell,

“What’s happening?” You asked, looking over at Séan. But the look he gave you just showed he was just as confused as you were.

“Dunno” Séan responded. His words were sleepy, almost slurred. That’s when it hit you, his eyes were bloodshot and had dark bags under them.

“You’ve been having those nightmares again..” you stated aloud. The statement honestly shocked you more than him, you didn’t mean to say it aloud, you were just thinking it.

“I.. I don’t feel like discussing it this early in the morning” he shook his head

“Right.. sorry” you responded back before moving forward.

“We’re crossing over enemy lines. Onyx has guards everywhere around here so beware.” Aaron yelled out.

“Then why the hell are you yelling?” You whispered under your breath. Mina burst into giggles next to you and Aaron just gave you a cold glare before moving forward into the forest.

BASK IN THE CRINGE

Make sure to go thank @shotas-shawty for the idea, cause it sure wasn’t mine.

#(I hope this is cool dude. also. idk anything about roller derby except for what I saw in that one psych episode so...), #Mina Ashido, #my hero academia, #boku no hero academia, #BNHA, #roller derby, #moodboards, #mp
17 notes · See All
avocatalksmhaText

Class 1-A, and probably 1-B, would have class dance offs on the weekly. Mina had a winning streak until some of the 1-B kids asked for dance advice. Now, Mina isn’t in the lead. It’s Monoma, and he won’t stop bragging about it.

Bakugo is second, surprisingly, but trained to beat Deku, which isn’t surprising. Aoyama is third as he always out-dances people with his navel lazer. Shiozaki is pretty high up on the list, her vines assisting her in impressive moves and tricks.

Iida’s last. The robot does not win many votes.

GUYS I HAVE BETTER ART I SWEAR. I MEAN THIS ISNT PERFECT EITHER BUT ITS BETTER THAN WHAT I JUST POSTED

Mina, as a Cheerleader, infront of an explosion like a GI Joe boxart. Yeah I get it do you? 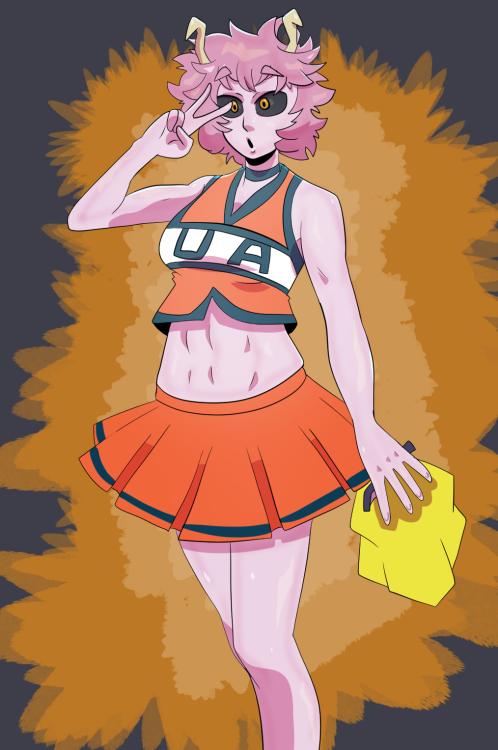 ⤷ a/n: i meant you promised not your promised. also yea, i will actively be known as Mina’s girlfriend throughout the story

(hope i got everyone)

#she has been added to my cosplay list even though I’m scared of sclera contacts and body paint, #bnha, #mina ashido, #mha, #my hero acadamy, #boku no hero academia, #alien queen, #pinky, #myart
68 notes · See All
chxcolxtemilkText

(hope i got everyone)

Iida: Are you ok

Iida: Threapy it is

Aizawa: I’m Gonna get drunk on water and take back my life with a package of number two pencils.

*Playing a board game*

Kaminari: Bi the way let’s ace-ss the situation and Pan out are next move to win.

Jirou: How many puns did you put in there

Shinsou: I’m Alive, not that I want to be but you know

Eri: God gave me anxiety and depression because he knew if he didn’t i would kick his ass

Tokoyami: Anime is my therapy

Mina:I want to be a fucking skeleton.

Sero: For the last ducking time you can dance with Dabi in fucking hell

Aizawa: No it doesn’t

Kaminari: Teachers tell you not to make a mistake but when you do on a test your suddenly not allowed to anymore

Bakugo: You failed math didn’t you?

Aoyama: Sending a picture of a bird with Barbie legs: I have ✨B L E S S E D✨ your eyes

Aizawa after grading his kids papers: I need a drink

Mic: bring one for me as well

Tokoyami: Fine but make it painful

All might watching bakugo and Midoriya fight: I feel like a that can go terriblely wrong or amzingly good

Midoriya doing a school servay: do you think about death a lot?

Midoriya liying be sue he Doesn’t want to talk to the school counselor: No

Aizawa: your supposed to be the smart one

Midoriya: With all do respect I’m book smart not common sense smart.

*Momo and jirou getting into a fight*

Momo: last week I saw you walk into a flag poll because you where readings book

Jirou: In my defense the poll should have moved out of the way

My hero academia headcanons that I love :

also some details i liked: 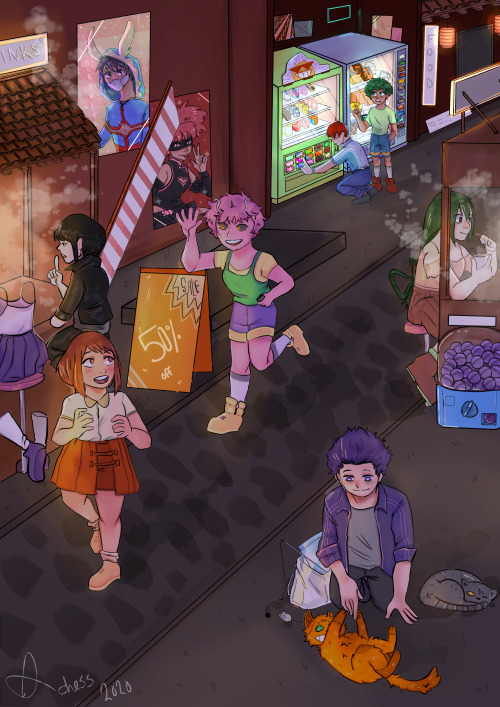 Izuku has understood how Atlas felt since his first year of high school. The weight of the world rests heavily on mauled shoulders and scarred arms, the next holder of One For All, the next Symbol of Peace.

Izuku had never understood Atlas more than he did now, though.

He should have prayed harder.

Here’s Part two: Mineta’s getting the rest of the gift sugs and in clas Ashido and Jiro notice mineta’s non pervy behavior which is scary and creepy