shout at the wall

because the walls don’t fucking love you

#something about ghostbur just be hitting me man, #also please help I’ve been listening to nothing but jubilee line all day it’s so good but m a n, #anyways stream Wilbur Soot, #lyrics are from Jubilee Line lol, #ghostbur, #wilbur soot, #ghost wilbur, #dream smp, #sleepy boys inc, #Wilbur, #dsmp fanart, #dsmp, #dream smp fanart, #mcyt, #minecraft youtubers, #minecraft, #my art, #posting the lineart here in a minute as well because I really like both versions, #but the lineart is a little too happy looking for jubilee line vibes
3 notes · See All
moonbowphobiaText

I’m gettin’ my braces taken out and i have to wait till it’s my turn so I quickly made this:

This hurts me more than the “Philza had a kid with a fridge” thing, ngl 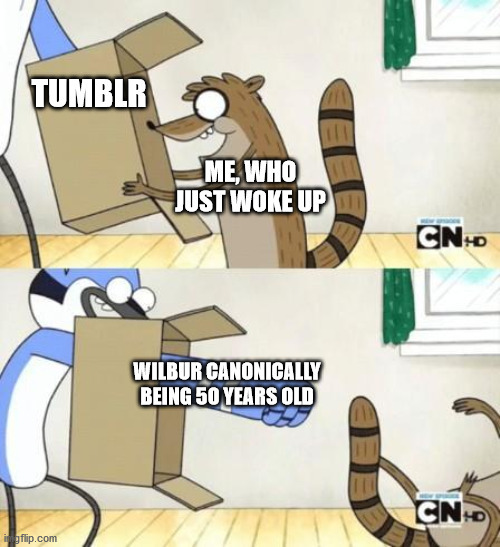 (Phil n Fundy? Phil n Fundy. Best grandpa and grandson duo. Wrote a little thing on Fundy’s first night after being ditched by Eret bc I love little fox boy. Also idk if it was obvious but the reason I mention Fundy stretching so much was originally it was gonna be binder stretches but then I remembered I wrote him as a shapeshifter so he can just poof himself into a male. Kept it though bc I realized it quite late into writing)

Night fell and Phil scanned around the room one last time. “You sure you’re comfortable?” He asked.

Stretching on his new bed, Fundy nodded. “It’s warm, and I’m not alone for once. Thanks.”

Phil smiled. “I’m glad you’re happy. You’ll always have a place with me,” he said. It felt strange to say, but also natural. The boy was his grandson after all. A grandson he had barely known of before meeting, but a grandson nonetheless. The last letter Wilbur had ever sent before being swept up in the rush of being president (and later madness) mentioned that he had fathered a baby girl. In the moment Phil almost thought Wilbur was joking. In Tommy and Techno’s letters, Fundy was only mentioned once or twice, by name only. From what he’d heard, they had been forced on opposite sides of the war. By the time Phil came to the land, there was much to be explained.

Fundy seemed accustomed to people being absent in his life. The relieved smile spreading across his face seemed bittersweet. He stopped the stretches and came up to Phil, hugging him. “I don’t know how to thank you more. You don’t know how much shit I’ve been through, Phil. What you’ve done for me today…” he couldn’t finish his sentence.

“It’s okay. I’m here now. We can start from there,” Phil said, stroking his grandson’s head.

One of Fundy’s ears twitched. Another strange part of his existence. Wilbur had said Fundy’s mother was a salmon woman, a shapeshifter who had long disappeared from his life. Fundy had inherited her shapeshifting ability, but chose the form of a fox. Well, half human, half fox. “God,” he said, “I hate feeling all emotional like this. I really ought to man up.”

Phil pulled Fundy away and shook his head. “You’re enough of a man as you are.”

Fundy went back to his bed and finished stretching.

Phil settled into bed, his head still full of thoughts. Fundy was just the most beaten down young man he had ever met. Additionally, Phil couldn’t help but feel partially responsible. After all, he was the direct reason Fundy was an orphan. At the same time, however, Wilbur was apparently not much of a father. That fact was disappointing to Phil. Sure, he himself was occasionally not there for his sons, Wilbur particularly so, but he did his best to raise them right. Wilbur, in contrast, seemed completely absent from Fundy’s life. How did he manage to raise Wilbur to be like that? Surely he should have known better. He had a lot of regrets as a father, many of them coming to light as he watched all of his sons drift apart and fail to act like civilized people in these strange lands. They all fell apart like unsupervised schoolboys in the high stress situations of their rebellion. Surely he could have raised them better. Other fathers didn’t have sons who were constantly at each other’s throats or hating each other so much that they didn’t want to speak. Still, he did try his best. Why was his best not enough? Why did everything he did get him nothing but one dead son and two living sons who had actively tried to kill each other? It just didn’t make sense.

Fundy rolled over in his sleep, an absentminded smile on his face.

Looking at Fundy made Phil stop thinking about that for a moment. He couldn’t completely blame himself for Wilbur’s failings. Some people aren’t cut out for parenting, and maybe, just maybe, Wilbur was one of those people. Wilbur was also a very busy man during this time. As much as you want to be around your children sometimes, you have to do other things. Phil knew this well. Seeing the way Wilbur threw himself into things, it made sense that Wilbur would be so neglectful. It didn’t excuse the behavior, but still, it was a clear line of reasoning. Regardless of Wilbur’s lack of parenting ability, and whether that was from Phil, Fundy still had a litany of issues. His mother was also long gone, to who knows where. Nobody seemed to know much about her either. Fundy was too young to remember much it seemed, and anything Wilbur knew, he took to his grave. On top of it all, after Wilbur’s death, Fundy was to be adopted by an old family friend, and former traitor, Eret. Phil had not known him before coming to L’Manburg, but had heard a lot about him. He had somewhat reluctantly relinquished Fundy to him, as Eret seemed trustworthy. Everything Phil had been told about him was old news, apparently, and he was ready to turn a new leaf. Today was supposed to be the day that Fundy left Phil’s temporary care and became Eret’s son. It fell through. Someone had, yet again, let Fundy down.

Maybe it was pity, maybe it was his paternal instincts, but Phil couldn’t help but feel like doing this was the right thing. Fundy was a good kid. They went fishing together after the adoption failure, and Phil couldn’t help but see the way Fundy’s eyes lit up once he got the hang of it. That little fishing trip was where Fundy finally opened up. He’d been through hell and back and told Phil all about it. All the boy really needed was some stability. He needed someone who wouldn’t leave him behind or abandon him. He could use a lot more, too, but at the moment, he just needed someone to be there for him. Phil could be that someone. He was going to be that someone.

being american was connor’s first mistake 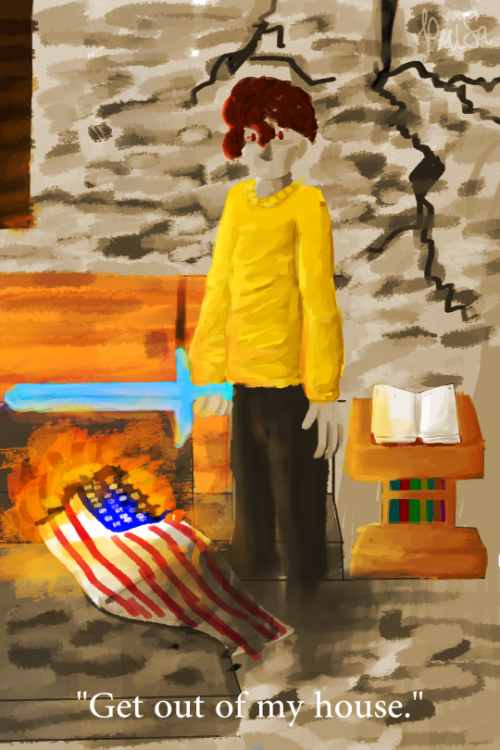 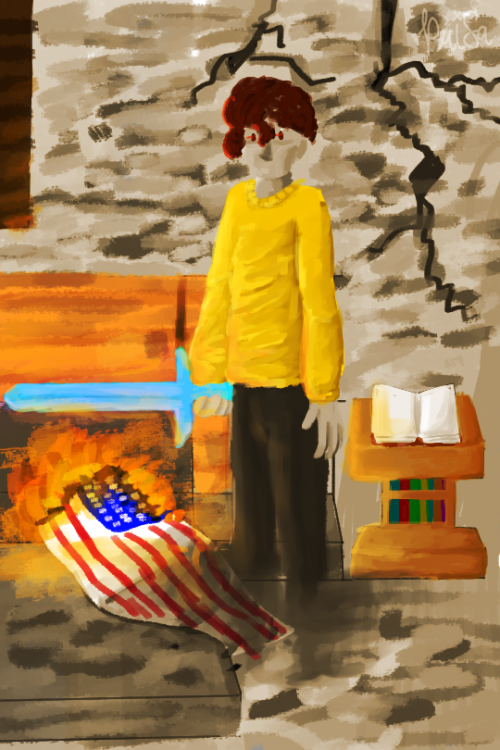 @cdkh and i did a little art trade!! he drew my dream design and i drew him a little trans positivity bbh!! 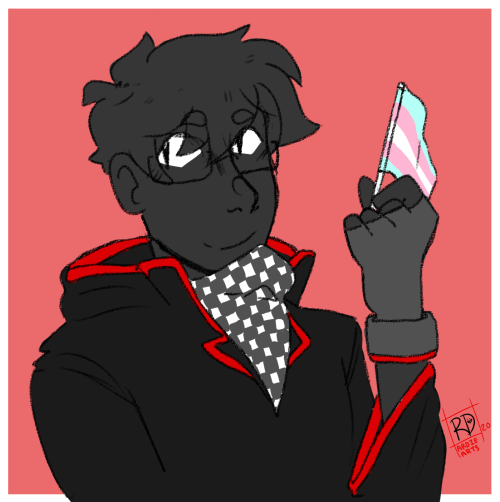 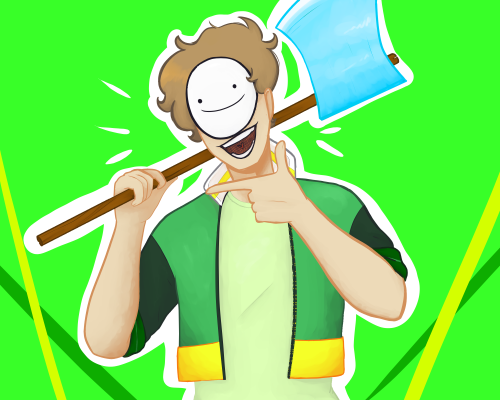 Y'all are really sleeping on the best minecraft YouTuber of all time ,,,,

Some stuff I drew for @marshmurmurs’s mcyt among us crossover!

Wonder how he gets out of this one.

#my post, #my art, #I speak, #miners and crafters are among us, #among us, #mcyt, #Tubbo, #grian, #karacorvus, #crossover, #implied death, #implied murder, #among us au, #minecraft youtubers
23 notes · See All
jaddenfakelastnameText

who decided to add the gremlin child/protagonist

Didn’t they just get married? I can’t keep up. What is going on.

Ah I love my comfort creator…*looks at smudge on hand*…Scoliosis.

Hes the Benedict Cumberbatch of MCYT change my mind.

What did you say to him? Why is he in shock? Will my art ever get good? Will Yandere Dev respond to my messages!? I dont know! and this is top 10 questions scientists cant answer!

And Techno just kind of went with it, he got Ranboo his own crown so he would stop trying to take Techno’s-

#the idea is kind of growing on me-, #it’s them!!!, #mcyt, #minecraft, #minecraft youtubers, #technoblade, #ranboo, #ranboolive, #dreamsmp, #headcannons
121 notes · See All
generallyunskilledText

I am actively choosing to ignore everything Wilbur says about the lore now that he’s dead and no longer writing. I refuse to take that mans word as gospel. Shut up Mr. Soot.

Hello there! Today we are back with The Dropper and this one is gonna be the FINAL one before the customized Dropper maps! There are some hilarious moments in this episode that I know you guys are gonna love and we say somethings that are just pretty odd haha! Also so sorry for the late upload youtube was being dumb! I hope you all enjoy this episode and if you did don’t forget to like and sub for more Dropper videos in the future! https://www.youtube.com/watch?v=faSl-0rqVhA