Mirage can be invisible, and there is a “M” in his name. I can’t stop associating him with the Mew.

Of course Houng is a Grass type Pokémon. At last, I choose the Leafeon.

thinking about how bloodhound shows their love by giving elliott cool trinkets they found and making him little gifts and elliott shows his love by listening to their stories and giving them random hugs and touches… they’re….. they’re in love……

Ps; This is a joke based on my personal experience and opinions please don’t be mad if yours in nothing like you dhweoiud

: You’re a tryhard, you yell at your ream for not reviving you while in the storm.

: You’re very diligent, always aware and are not afraid to tell you’re team to shut the fuck up so you can hear footsteps.

: You’re the type of person who would take the 1v10 just to revive you teammate, and you usually don’t make it.

: You’re the team baby, but ain’t afraid to beat the shit out of someone just with that heirloom I know you totally bought you loot gremlin.

You’re the team leader, you always try to use your smoke in a way that benefits the team and you’re great to play with. Or you’re a coward who panic ults when you hear footsteps and only use your smoke to escape, leaving your whole team downed.

Please slow down and shut the fuck up for one second please.

: You’re the quippy funny guy of the group, but you have no brain-cells and are kind of an idiot. But you have your clutch moments

: You have balls of steal my guy. You’re not afraid to rush into battle to get that peacekeeper or gold armor. You’re a risk taker to a fault, no risk to high no score too small. You also probably have ADHD.

: You don’t like confrontation. You prefer to stay on the side lines and let the squads kill each other while you pop off 4 ults.

: you’re an edge lord who nitpicks everything, you call games with over 10 millions active players, dead. Very negative. Probably an Ex Wraith main.

: You have probably invested over 2000 thousand dollars into drones you know you will never use. You watch you’re teammates die for fun.

: You’re a loot gremlin but you’re mega inpatient. Also, you have a crush on her and have ever skin and cosmetic. Don’t give me that look I know you do.

: On the quieter side when it comes to comms, but your limited input is important input none the less. You have won multiple game where you’er whole team was either dead or DC. You’re a good solo, you clutching, lone wolf bastard.

Again, this is all for the sake of comedy and is in no way meant to be taken seriously. 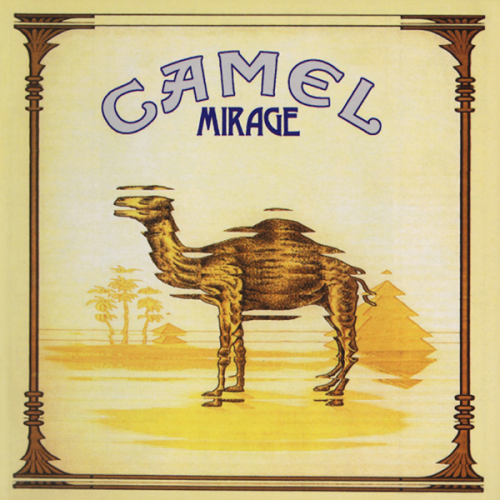 After somehow winning the Games for today, the massive Predator ceremony definitely didn’t nearly send me into another panic attack. As imaginable, I am not a party person! Anyways I was going to explain the voices earlier in my recording. So when other me was in the void, she was telling me to fight back at my nurse; but I thought it was a voice in my head…

Well, that and I wasn’t a very violent person at the time… so why would I hurt someone? Even if they’re hurting me…

Later on she other me gave me her other me’s(?) tech for opening the rifts, which some call “portals,” taking myself into the void, and even transporting others.

//side note I’m just going to call “other me” “she/her” from now on or denote her as Void-me… I should really ask Mirage how to address other selves!

The thing is… when I was in the void and other me was fighting, I could warn Void-me, and even though Void-me shouldn’t have been able to hear me, Void-me reacted perfectly as if I was right next to her. Here’s my hypothesis; the warnings I keep hearing during battle are from my other selves in the void. Other-myselves travelling from other dimensions are warning me as they see me fighting! What’s even weirder is seeing infinite versions of myself while in the void. It’s mesmerizing but wow is it confusing to see yourself in so many different places at once. How does Mirage put up with that? At least he can choose when to see duplicates of himself…

Void-me left a flashdrive on the inside of this interdimensional hand tech; I’m gonna have to plug it into a computer to see what’s on it. I don’t know if there’ll be information about me or her or… who knows?

Lifeline: What was the only drink I told you not to give him?

Lifeline: And what did you gave him?

She was treated like garbage. But I couldn’t do anything for her when he was around…

I worked for him once…

We were a team…

Sometimes we had dinner with each other.

But something changed between us…

Mind your own business, Helen!

Who is this person you’re so grieving for?

Someone I couldn’t help out…

The gameplay doesn’t appeal me, but the Legends have 100% of my interest haha :’)
I finally manage to finish this lineup ;^; Have some Apex Fashion! 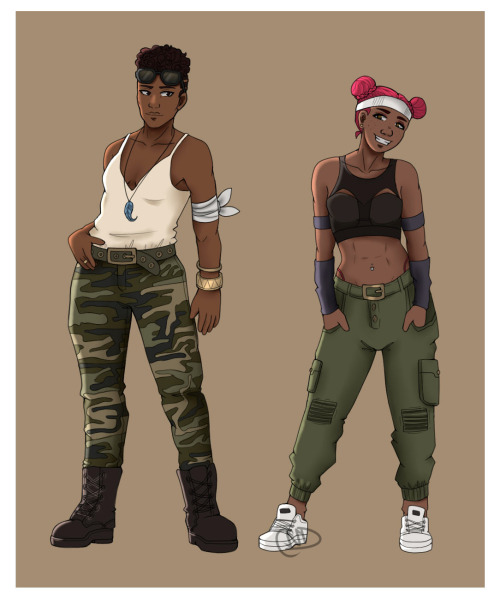 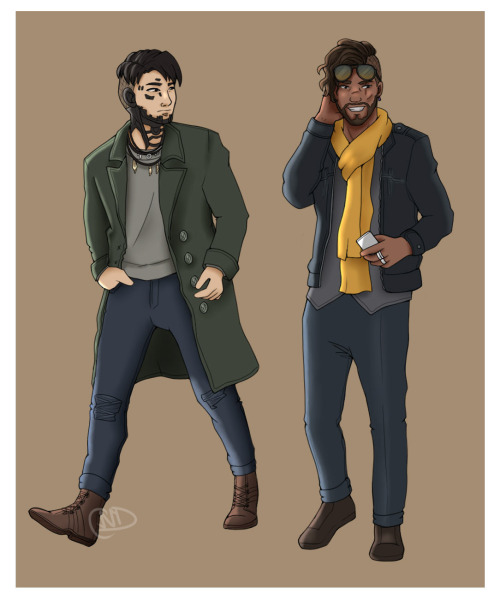 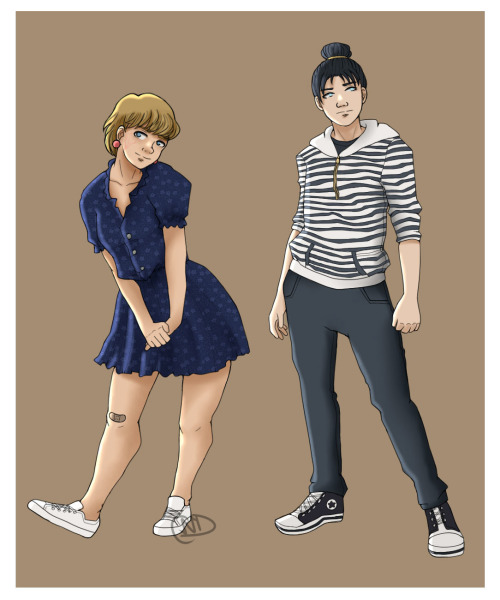 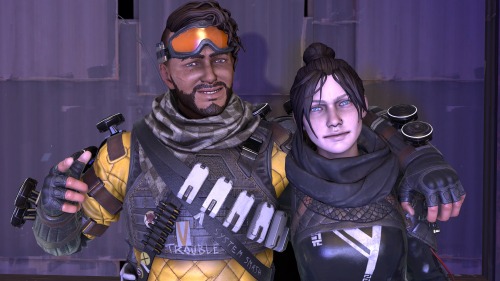 and heres the last of clearing out my folder spam, my friend max ships holohealer so i drew them for valentines day as a gift. viola

Alright so, I’m recording during a Game but, I should be alright. Solo’s aren’t too difficult as long as I stay relatively aware. I’ll just keep an eye out while I talk.

Where the hell did she-

Look with only your eyes, you’ll lose… anyways, before I was so rudely interrupted…

I need more light and energy ammo just a sec…

Alright so I’ve finally conjured the courage to talk about all this without any voices and flashbacks absolutely destroying my mental state midsentence… as long as I can remain calm while recording… I’ll do this by voice because I don’t feel like writing this one.

Okay so; around a year ago, I was in the IMC Detention Facility for the Mentally Ill. I had no memory of my past life. Nothing of my growing up, no childhood, and parents? What even are those?

I’m sure everyone has them… heard the term thrown around a few times by other IMC experiments; on the rare occasion they’d wheel us past eachother. Both of us hooked up to thirty or more IVs. Other projects’ nurses and scientists didn’t seem nearly as creepy and abusive as mine, but perhaps that was just my perception.

I don’t even remember why I was there! My reckless nurse kept saying I ‘volunteered’ but I can’t really believe him on that. If past me had half a brain, she wouldn’t have signed up for anything like this. Even if it did involve getting to explore other dimensions. Eventually a weird space-woman showed up through this mesmerizing hole in the room.

I’m trying to recall how everything went down… just-

This ‘weird space-woman’ actually turned out to be quite the badass; after she led me to the only exit in the facility. I wasn’t one to condone violence back then… but she’d killed a dozen or more, I killed one armed personnel. She was actually me… so I killed a dozen or more? Plus one? Or we killed? I’s killed? How do people phrase this stuff? Mirage probably knows.

We don’t have these kinds of birds on Typhon. The ones we have are… Well they’re different to say the least.

Oh yeah, the Kunai she, scratch that, other me gave this me is actually a pretty nice weapon. Quite the interesting encounter… I still just can’t wrap my head around how come that badass space-woman was ME! From a different dimension. Confusing to say the least… The void is speaking again and they’re just getting louder…

Uhhhh… shit shit shit. Okay someone’s got an R-301, fighting a Mastiff; and I may have a panic attack soon. Just, stay calm… I gotta get to a safer spot.

Come on Renee. Up the hill and into the cave…

Okay so anyways… I think I have a decent hypothesis on who or what the voices might be though… Ahhhh… Okay so picture this- shut up. Stop. Stop! I do not need this right now! DAMNIT!

I wrote a little Drabble about Caustic discovering Mirage has memory loss like his mother. Do u guys wanna read it?

#apex legends, #apex, #mirage, #caustic, #its always caustic, #his perspective is just so fun to write
18 notes · See All
f-to-drawText

“one day your facade will slip, then they’ll all see what you really are”

Elliott never liked killing in the first place, but the death of his brothers by the IMC had left him alone and defenseless. Despite how much he practised he could never shake the feeling that he wasn’t getting the same enjoyment out of it, a feeling that would lead to the loss of his own mother after he hesitated for a moment too long.

After she died he took up her latest project, a prototype set of holo projectors that were a far step above even the IMCs technology. He worked tirelessly night and day for weeks until finally he finished his mother’s legacy, and became mirage.

He tested the tech out on small raids and firefights, but those proved nothing for him, didn’t help his growing loneliness and boredom. One day though, working late at the dystopia bar, watching the games, he came up with a plan to become the next apex legend, to pull himself out of poverty and to prove to the frontier his mother’s true expertise.

It didn’t go as well as planned. The raids were nothing compared to even qualifying matches, and he’d gone straight into the deep end of this ocean. Yet, still he prevailed, keeping a stoic face about all that came his way, bamboozling and shooting his way to the first victory of many. Though still he can’t fool everyone, and some of the other legends started to figure him out in ways he found … Unnecessarily brutish

crypto and mirage in gay bar 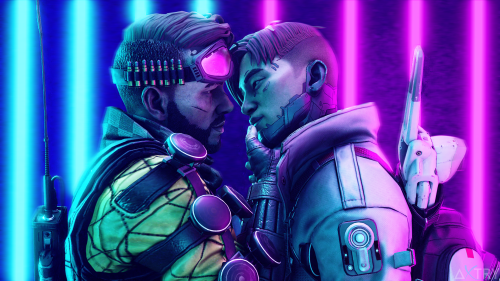 In the depths of the forests.