very philosophical of you, anon 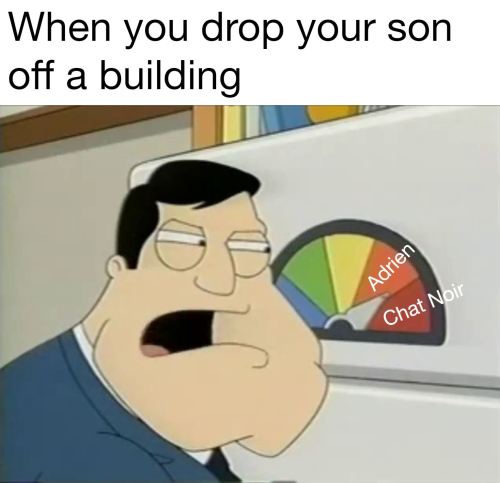 #ml, #miraculous ladybug, #meme, #I know I used the template for a Nino is Luka joke but in my defense I never said I was original
6 notes · See All
terrible-miraculous-ladybug-ausAnswer
#miraculous ladybug, #ml, #marinette dupain cheng, #ladybug, #chloe bourgeois, #audrey bourgeois
15 notes · See All
s-and-nChat
Gabriel: Come, Nathalie! Let us descend into my evil lair, transform into eVil VilLIaNs and create chaos by harassing two teenagers (how dare they stop me?!) all so that we can BRING MY DEAD WIFE BACK!
Gabriel: *evil laugh*
Nathalie: *monotone voice* yes sir. how dare they.
Nathalie: *murmuring to herself* I don't get paid enough for this sh-
#lol, #sarcastic nathalie is a mood, #miraculous, #ml, #mlb, #nathalie sancoeur, #gabriel agreste, #gabenath, #ladybug, #chat noir, #emilie agreste, #ladynoir
5 notes · See All
miraculousfanworksText

Chat Noir surprises Ladybug with a gift one day. “Happy birthday, My Lady!”

“We don’t know when each other’s birthday really is, so I decided to give you yours today!”

The thing is that it is actually Ladybug’s birthday, and now she’s panicking thinking that Chat knows her identity when it really was just coincidence.

I completely and vehemently disagree with that. Thomas and other show writers are not responsible for how their fandoms act. They don’t choose who becomes fans, and thats par for the course. I do believe that the fandom has some toxic sides to it, but I don’t ever believe that toxicity of fans should be the reason a show ends. It also would set a VERY dangerous precedent, that if someone doesn’t like a show, threaten to kill the writers.

#ml fandom salt, #ml, #Your question wasn't harsh, #but I believe it isn't the right. action
13 notes · See All
is-nino-actually-lukaPhoto

Me in Silencer and whenever Luka is riding a bike 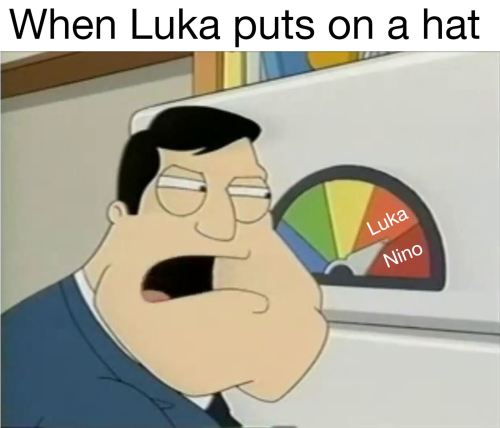 okay wouldn’t finding Hawkmoth be a global effort now? my guy really would have allowed a world war to happen cause two teens wouldn’t let him get his way.

also, I’m just saying that if there’s more guardians out there, wouldn’t they be trynna take the butterfly miraculous from hm??

many questions, no answers.

Seriously guys. You can write Miraculous Ladybug fanfiction without having to ship Marinette with anyone.

You are under no obligation to have romance in your ML fic.

It is possible to write content for ML without forcing romance into it.

If you’re writing a crossover? you. you don’t have to search desperate for a character suitable to ship Marinette with.

You just… straight up do not have to have romance in your ML fic.

I know, I know, it seems impossible! The show is OBSESSED with romance, and so is the fandom! But here’s the thing!

ROMANCE DOES NOT NEED TO BE ENDGAME FOR YOUR FIC TO BE FUN OR WELL-WRITTEN.

YOU DO NOT NEED TO SHIP MARINETTE WITH SOMEONE IN EVERY SINGLE FIC YOU WRITE.

#ml fandom salt, #capslock, #yeah this is sorta kind directed at the anon asking about peter parker, #not in an angry way, #more like exasperated with the people in this fandom in general insisting marinette needs a ship every single universe you dream up, #ML, #Miraculous Ladybug, #MLB, #Miraculous: Tales of Ladybug and Chat Noir
6 notes · See All
laadychatText

hm: *his spiel of bringing doom*

lb: no. come back tomorrow.

Luka and Chloé painting each others nails though 💅🥰🙈

i am a master editor

Me: The Agreste Love Octagon:

Why Companies Must Feed Data Unicorns to Maximize ROI https://ift.tt/3mvY5lC

Juleka was the first person to accept her for who she is. The first to forgive her and the first person to listen when Chloé spoke about her feelings. Juleka was her first friend after the Sabrina incident, and despite their history they got on really well. Chloé would help Juleka with her modelling, directing her and giving her fashion industry tips. Most importantly introducing her to important people and setting up modelling jobs with Adrien. In return Juleka showed her kindness and taught her how best to do her hair and how to find her own style.

Luka hated Chloé at first thinking she was manipulating his sister. He remembered all the times Juleka had cried because of her. He was constantly telling Juleka it wasn’t her job to help Chloé but she knew that already.

As her parents fights became unbearable Chloé began spending more and more time at Juleka’s place. She really bonded with their mum who was sure to invite her to stay for dinner everytime she saw her.

When the kitty section had rehearsals she would be there to listen but it would often cause fights between Juleka and Luka so she learned to sit downstairs and listen from there. On rehearsal days she hung out in the boat alone or wondered the nearby harbor, she made sure to have excuses ready to leave Juleka alone with Rose. She kept trying to get Juleka to ask her out but her plans never seem to work out.

It was one of those moments, waiting to see if her plan had worked out, when Luka needed to use the same room. Usually when he saw her alone he would just scoff and leave but this time that wasn’t an option.

“Why are you always here! Don’t you have your own mansion?” It wasn’t the first time Luka tried to confront her but this time none of his relatives were there to stop him. Chloé didn’t reply.

“I heard Juleka in her room. So why don’t you go get her instead of waiting for her in here. She’s not your butler.”

Though tears stung her eyes she kept her composure. “Did you hear how it was going? She’s in there with Rose. I’m trying to give them some space.”

“Then leave.” Luka responded harshly like a reflex. That’s when he noticed the look on her face, as she gathered her things and left Juleka walked in holding hands with Rose smiling. He was in for an earful and for the first time he felt he deserved it.

Chloé didn’t come round as often after that. The first night Rose came over for dinner both her and Juleka were mad at Luka and that made dinner extra awkward. As soon as their mother heard about what happened she’d told him he had to apologise but she was never there anymore so he hadn’t found the time. Maybe he had been a bit harsh.

Almost a week later he saw Chloé walking near the harbor and chased after her on his bike. He apologised and invited her back for dinner knowing that was the only way to prove it to his sister. He handed her the spare helmet and she glared at him. It was bright pink. He rolled his eyes and swapped his helmet with hers. The ride back to the boat was awkward as they sat in silence and Chloé clung to him, she’d never ridden on the back of a motorbike before but wasn’t about to admit that.

Chloé walked in to see Rose in her usual seat. A spike of jealousy shot through her but was quickly calmed when she saw their hands held together and their shy blushing faces caught in a moment of laughter. Luka whispered “You did good,” in her ear as he brushed past. “Sorry we’re late. I had to go get someone.” He announced. The hand he placed on her shoulder zapped with electricity. Everyone looked up and greeted her with wide smiles. He took his seat and Chloé looked at the table in front of her, everyone talking and serving themselves food. Their mum invited her to sit and she took a moment to take it in before taking the last seat at the table next to Luka.

Before you read this tiny excerpt: WARNING: mentions of life altering injuries because Adrien is paraplegic. Chat can walk with the help of Plagg. This was based on Chapter 7 of my old… marichat may month one shots. Other than that enjoy.

She had seen it on the news after Alya had told her. She didn’t want to believe it, but she was just glad that he was alive. She smiled for everyone and even managed to when she had gone to visit Adrien in the hospital after the accident. She had brought him flowers to try and cheer him up, along with some passion fruit macarons and chocolate chip cookies.

Ladybug rested her chin on her folded arms, as she peered over Paris to stare at la tour eiffel. She knew he had faked a smile for everyone. That he had pretended to be strong and fine. That he brought out his false smile for the media with them and it hurt her.

It wasn’t just Adrien being a new paraplegic that made her upset. It was just the worst thing currently in her life. She also had a stack of bills sitting on her kitchen table that were not paid. She had an eviction notice stacked on top of that. She could handle that over seeing Adrien in pain.

Ladybug groaned and put her hands over her eyes. Adrien didn’t deserve to be in the place he was and she needed a second job to help pay for living costs, if she was honest.

The familiar sound of boots landing on the concrete behind her made her spin around. “Chat? You’re late.”

So Miraculous ladybug is trending, for no real reason, just is. That’s kind of cool