My friend: oh great, so what is it about?

Me: so…it’s mystics, adventure, a bit of detective and… And no no no! it’s all about staying human when the whole world is against you and about how your dark past is not the reason and an excuse for being a scumbag and about how only one person’s faith can be enough not to break and not to give up and about the ability to forgive mistakes and about love, love, god damn love breaking all the walls, love that time can never stop

Nie Huaisang writes fanfics about his classmates. Change my mind

Mo Dao Zu Shi’s characters on manhua. Do you like it? Who is your favourite one?

Why do I like to suffer so much. I started watching the untamed and now I’m once again back in wangxian hell and I don’t intend to come back thank u.

@kittypox suggested foxian for this prompt and i like it well enough to actually do it. Didnt fill it in because id like to work it digital later.

Animakes are hard to do… need more practice! 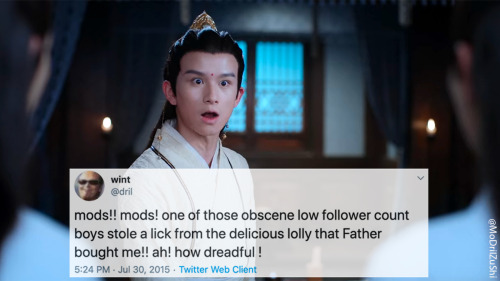 a qing: get fucked 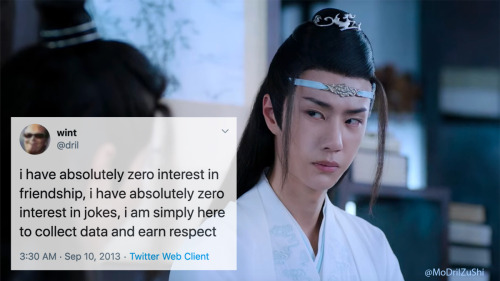 to my anonymous friend who requested this 5+1 xicheng fic,
this one’s for you!

“Jiu-Jiu” Jin Ling not so discreetly whispers when they’re all sitting around the dinner table. Jiang Cheng has half the mind to hush his nephew, but then decides not to. They’re eating at a busy restaurant by Caiyi Town, not in Cloud Recess. Though, even if they weren’t physically there the two Twin Jades of Gusu bring enough of the cold mountains to their table as if they were.

Jiang Cheng eats his meal quietly, letting the ambiance of the restaurant and Wei Wuxian’s endless blabber fill up the spaces of his thoughts. It was weird to be sitting in the presence of his brother (and in extension, his in-laws?) without the undertones of business and political discussion. Their relationship and misunderstands had more than enough time to simmer in the past decade of avoidance and misery.

Family dinners are weird, Jiang Cheng notes to himself as he eats another bit of rice. It still takes time for him to get used to. Jiang Cheng is used to solitude, whether that be out of situation or not. He’s still taking his time learning how to integrate himself into conversation and such, despite not being very good at it. 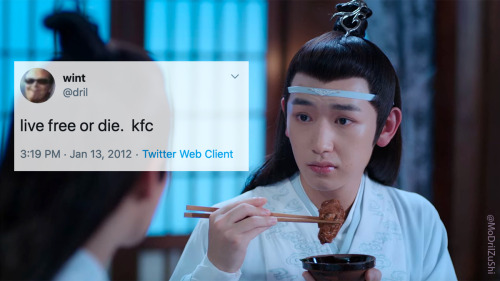 teen!lwj visibly texting : i don’t have a phone

lwj and wwx about each other : i don’t want to be his “husband”

lxc and jc after months of hearing wangxian’s oblivious pining : well, what do you want then?

lwj and wwx : i don’t know. i just want to be with him, all the time. i want to hear about his day and tell him about mine. i want to hold his hand and smell his hair… but i don’t want to be his stupid husband!