I’m afraid I’m drawing a blank on a non-warden MCIT, but here’s an Origins era story I’ve been enjoying:

Best Laid Plans Of Mice And Morons By: Sublimey

A blood Mage joins the Grey Wardens just before the battle of Ostagar. Cinna doesn’t know a lot of things, but she does know that she’s never done a smart thing in her goddamn life. Accidentally curing the blight along the way just so happened to one of the few good things.

And this one transitions into DA2 fairly early, I think, but it does start in Origins:

You call this fun?! By: Grey_Huntress_Warden

Catarina Lewis’ world turned upside down, so she ignored it. Until the day she found herself in Thedas. Now she is being swept into adventure after crazy adventure with friends who make life and death into a daily game. The more she learns of herself, the less certain she is of what she wants. Her knowledge of Thedas may come in handy, but everyone she meets is so much more than their character portrayals, and trust is easier said than given. The future she doesn’t know seems worse than the one she does– it is worth trying to change things, especially when she can’t know if it will be for the better?

A WONDERFUL AND PAINFUL SURRENDER- a modern girl in thedas fic

On Earth, Cara closes her brown eyes, resigned to a tepid and normal existence, and wakes up in Thedas with irises sparkling the color of sunlight.

Cara doesn’t remember who the fuck she is, but they tell her this is Haven. The Frostback Mountains. Skyhold. Her memories comes back piecemeal, paired with visions of the near future that drag everyone in the vicinity into her mind with her. And of course, all of this would be bearable if the voice in her head would just shut up.
(In which all this Modern Girl in Thedas wants to do is survive, but the universe is hellbent on making her remarkable.) 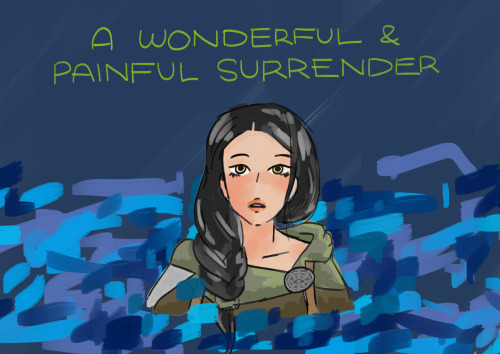 One of my favorites is the Traveler series by sarcasmandcynicism. The protagonist is…so interesting. Ending up in Thedas isn’t even the most exciting thing to happen in her life. She has a backstory and motivations beyond the scope of Thedas and she’s skilled.

Another one I’ve always loved is Tales of Inquisitor Bob by lazbobthing, but that one is on indefinite hiatus, unfortunately. This was the first story I read that approached the MCIT trope with a more chaotic protagonist. It was a breath of fresh air after some of the dark realism stories I had been reading at the time, I think.

Some Fanfic Banners/Covers for my fics 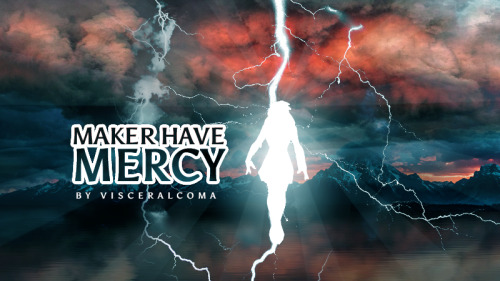 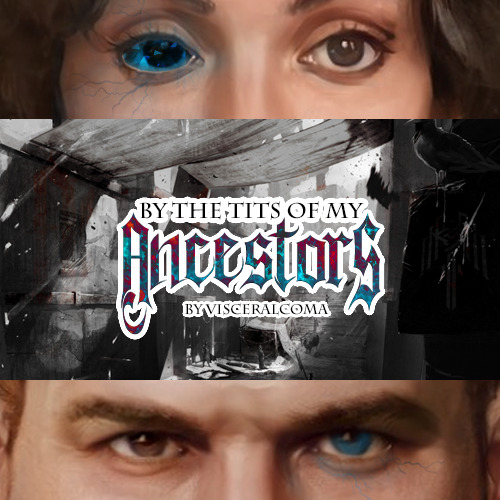 Look. I have so many modern character in Thedas fics because I was so sick and tired of MCIT fics where they join the inquisition or are the inquisitor and it’s almost a retelling of the game. Or they join Hawke and co and again just a retelling. I wanted to see more diverse off the beaten path stuff. And if I had to partially write a bunch of it myself to try and encourage the MCIT writers to start diverging from the typical - then so be it.

We’re a discord community of writers and fans of the Portal Fantasy trope across numerous fandoms. Our purpose is to provide a welcoming and supportive community for all writers of crossover, original character, self-insert, reincarnation and rebirth, isekai, Mary Sue, and interdimensional travel stories to expand, improve, and diversify their writing.
We began as a Dragon Age server for Modern Character In Thedas fans, but as the years passed our scope broadened beyond one singular fandom to encompass many others. Now we are welcoming readers, writers, and artists from everywhere.
If you like shoving your characters without warning into another world with nothing but a can-do-attitude and a pocket full of memes and music, join us at
Portal Funtasy!
Community Features
Open since August 2016
LGBT+ Friendly
Meta discussions (both text and vocal)
Support for new writers and old alike
NSFW channels
Minimum age requirement is 18 years old
Core Channels:
Resources: Share writing resources or just anything helpful!
Recommend and Boost: share fanfics you think others would like, and boost your own works to new audiences!
Fandom Meta: discuss fandom specific meta, worldbuilding, characterization, and whatever may be next for your fandom!
Music: Share music you find interesting or that helps you with writing!
Gaming: Discuss games you’re playing and find others to join you!
And many more!
Message @chocolatecatcupcakecheese​ or @thereallonelyagain for an invite. Leap through the portal and join us! The grass is greener, the sky is bluer, and space is vaster in another world. 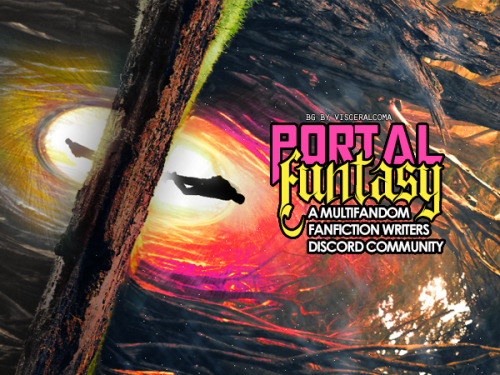 Hey ya’ll there is a group chat for modern character in Thedas fans and writers!

Summary: 9:30 Dragon. The nation of Ferelden is on the brink of war, with the machinations of those with ulterior motives setting the stage for all out conflict as the Blight looms on the edge of the Korcari Wilds.Transported into Thedas, one woman is found by a group of Avvar and brought to their hold, where she is given a chance to live under the name of Heda Snow-Walker. Any plans she had on staying uninvolved with the Fifth Blight, however, are shattered when tragedy strikes, and now her only chance at survival lies within the armies at Ostagar. Too bad she already knows how that will go.

Excerpt: He turned to look at her. “There are those among us who would believe the presence of a lowlander in our hold to be an ill omen. Word already spreads of the ganger’s appearance in the mountains.” Stigandr raised one withered hand, silencing her just as she opened her mouth to speak. “Tell me, Snow-Walker: what do the gods say of these strange times we now live in?”

How in hell was she supposed to answer that? Once, he had come to her to speak with Hope about matters concerning the hold. But he’d never asked her to interpret the will of the gods. She felt like a student being given her final exam at the start of the semester.

“I can’t speak on behalf of the gods,” she said, when it appeared he truly expected an answer from her. “Only myself.”

“Then what say you?”

Continue reading on Ao3 or start from the beginning!

We’re a discord community of writers and fans of the Modern  Girl/Character in Thedas trope in the Dragon Age Fandom.  Our purpose is  to provide a welcoming and supportive community for all MCIT writers to  expand, improve, and diversify MCIT stories.

rough-draft portrait of my MCiT, Mar! She’s a nonbinary woman, and that’s touched on in the newest chapter of my fic, along with my trans woman OC Lisa who i will also probably draw at some point! (read The Feedback System here: [link]) 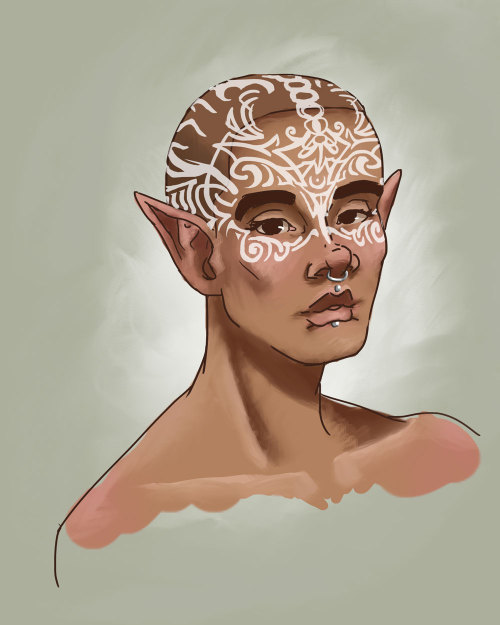 Bianca finds a crumbling tower while hiking. She manages to activate the eluvian inside, traveling to Thedas, to an eluvian inside the Temple of Sacred Ashes.

Bianca is sassy, no nonsense, and a noncombatant. She was a pole dancer, for fuck’s sake, not a solider!

Join her as she tries to figure all this shit out, stay alive, and save the world.

You land in Ferelden, before the battle of Ostagar and you’re saved by King Cailan and his traveling party as they head to Ostagar. He mistakes you for some foreign royalty for <insert your reasoning>. You do not correct him. How do you use this to your advantage?

If you were to be a dropped in Thedas, which nation and/or city would you prefer to land in? What year? What would you do to survive? Assume you arrive only with the clothes you’re currently wearing and the ten items closest to you (no furniture). Who would you seek out?