My half of trade with @pixie-inkk

It’s Millie and Gyn being cute! 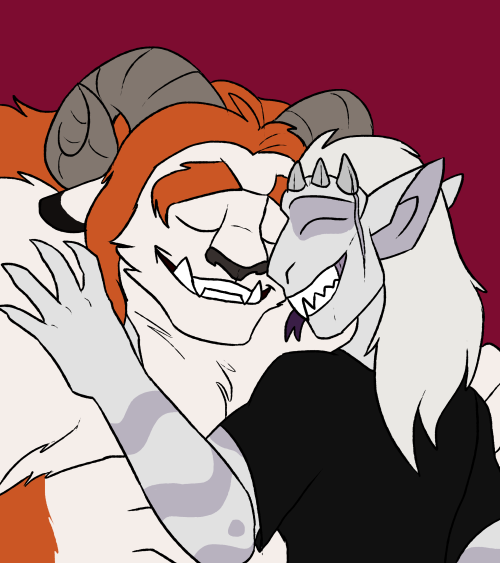 #suck all the juice out and be satisfied :)#i have been craving plums so much its despicable#star's thoughts#food#monsters#dl
16 notes
casualwriter
Text

Based on the prompt in bold from @dropkickwritersblock

Write a piece about giant monsters having a tea party

The half-giant slammed his cup into the table, shattering the delicate porcelain and sending the tea flying. “It’s pointless,” he growled. “Absolutely pointless.”

“Well of course it will be pointless if you keep doing that.” The mermaid rolled her eyes and brushed a piece of porcelain out of her hair. The protagonist passed the half-giant a new cup—fourth, if memory served.

The tea had been their idea. The protagonist came from a village in the midst of the creatures’ territory, or rather, what they all claimed to be their territory. The giants, the merfolk, the centaurs… all of them were ready to fight a war for the land and lakes. All of them, that is, except the potagonist’s village. Which is why the peace negoatiations had also been the protagonist’s idea.

They adjusted the kettle over the flames, ready in case another cup was spilled or smashed. As their mother said, everything worked better with tea.

only the MEEK FEAR GOBLINWEEK!!!

I thought I was going to hell cuz I found hyun su in his monster form attractive.

Godzilla & Kong’s growth through the years is just insane 📏😱

The latest progress photo of my “Monster Market” WIP.

Eventually, I’ll break out my brand new detail brushes and get meticulous, but there’s still quite a bit to blot out first! 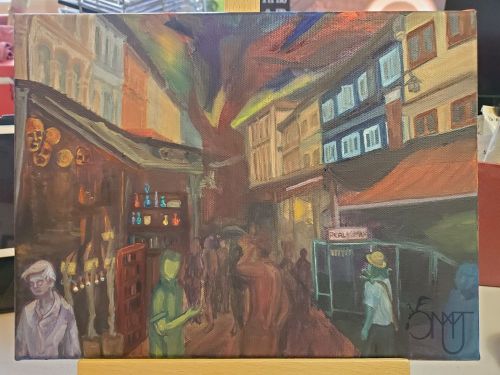 Time to make a good impression on the new neighbour! 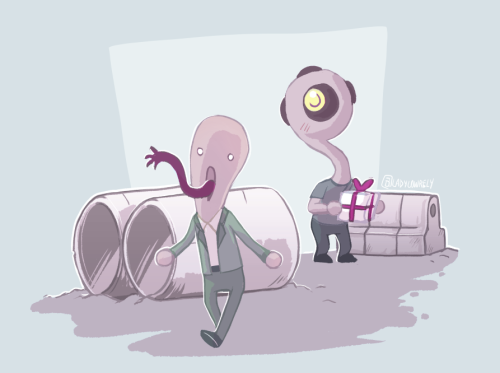 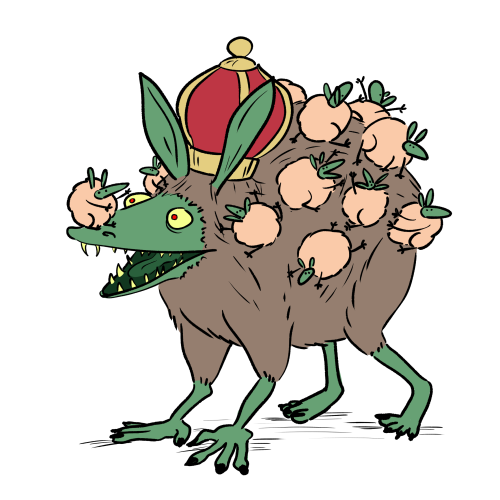 TEAM GODZILLA. Anywho I needed to draw cute Godzilla for my own personal neeeeeds lol 🖤

The batch of stickers I just got the colors are a bit off, so they’re discounted as b grade. These will ship free via stamped envelope. (Or you can add them on to another order with tracked shipping) Etsy.com/shop/violetmagician

How To Know If You Are Being Courted: