Pink retro demon Nonbinary and Bi moodboard.
For @bish-ima-clown - Hope you like how it looks!

Want one? Send in an ask! 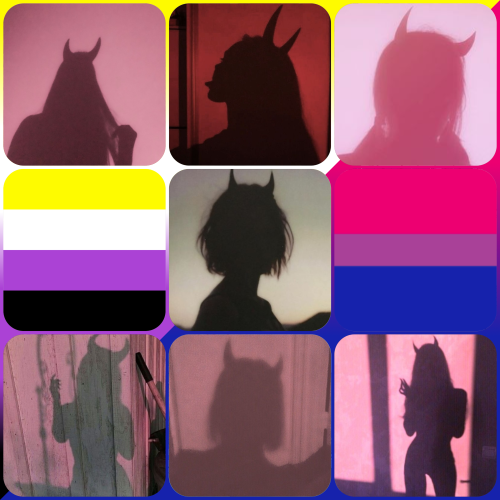 Day 16 of quarantine a bitch needs to hold a hand

I’m slowly getting better at recognizing when thoughts aren’t my own.

Saw a post that mentioned that if you can’t predict it more than you could a friend’s response, its probably not your own thought (it had other stuff and was a did/osdd post to be really clear here), and that’s actually been p helpful. Gives me an okay set of criteria for when I’m thinking and arguing with ‘myself’ to see if its actually… Myself.

I don’t think in images, so image thoughts aren’t mine. And if I can’t predict it, (and i often cant), then its probably not mine. Especially since I can almost pre-predict my own thoughts, if that makes any sense?

Like, I often know what I’m going to think before I actually think it, and some things I just… Can’t connect to like that. So I’m trying to err on the side of, ‘that’s proooobably not my own thought’ when I get a thought that I can’t predict. It’s been helping, when I remember to.

…The thing that brought this up was the fact that the Moods have been less ‘chatty’ and more uh, sending emotions or just thoughts that I can’t tell apart from my own? Specifically Cobalt wanting to watch someone play MC again.

…I don’t even remember who it was that was playing MC that he liked to watch.

Pick a frequency, any frequency.

Name Association for the name Astrid! ^^
For an anon~ Hope you like this! c:

Want one? Send an ask whenever~ -mod Jay 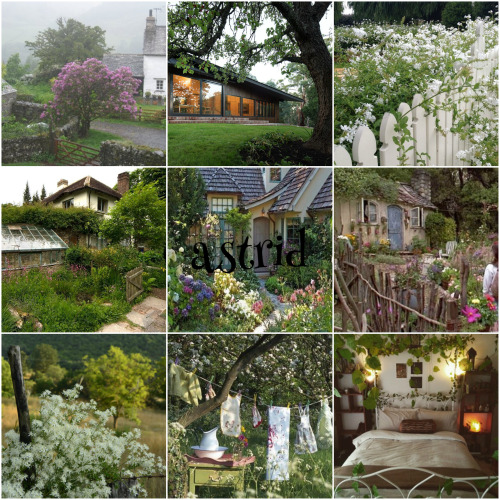 i have two moods when it comes to love.

a) ew I hate love I will never love someone

All my titles sound super serious, but my actual writing is always like… ‘have a dick joke and a series of disasters and explosions’ and honestly, I don’t feel bad about that.

#moods, #what the water gave is basically a bunch of crazy people doing stupid things, #like the witches? theyre the most serious, #and one of them lives in a shack, #she manages to get a girlfriend like that tho, #the rebels are trying to dismantle institutional racism, #so thats a very lofty goal, #and theyre definitely idiots, #and the party includes a lawyer, #a trophy wife, #a gay pirate(even tho all pirates are gay), #murder soulmates, #a genderfluid travelling puppet show, #an alcoholic pyromaniac, #and a random girl from earth who was banned from church, #so this... is a disaster
0 notes · See All
ghiblisystemAnswer
i am back again but this time with ♣️

♣️ Do most members have similar hobbies, or do the vary?

TLDR; We have some pretty varied hobbies, but most of us are into animals, video games, outdoor activities, cooking/baking, and/or fashion in one way or another!

#Moods, #fern, #valentine, #grey, #luci, #sehb, #cobalt, #fae, #ask game, #we have a /lot/ of hobbies that i didnt list because it was getting long too, #like puzzle games and such, #but we rarely do them so i didnt bring em up lol, #ALSO i didnt know until just now that luci is the one who likes cooking food, #so thats fascinating, #ratvich
1 notes · See All
usayblablablaText

Fall hard and bask in the stupidity that love brings out of us.

- It’s what’s left of the innocent child within us

I like starfruit and lychee a lot! Other fruits are also p good though. :p

Fern likes melons! Honeydew and cantaloupe I think are his faves, if I’m understanding correctly.

Grey won’t answer but I have a feeling its watermelon, since its pretty easy to eat even when he’s out.

Luci… I don’t actually know? He’s kinda hard to get a hold of.

Fae likes mango, but I don’t know if that one’s really about the fruit itself, haha.

Also someone (not sure who) wants to try Durian fruit. (Somehow I doubt we ever will though. Heard it smells pretty bad, and the body tends to reject stuff like that on instinct)

One fave used to be pears, especially asian pears, btw. Don’t know who’s that was though!

#fruit, #ask meme, #Moods, #Fae, #Luci, #Cobalt, #Valentine, #Sehb, #Fern, #Grey, #to be fair valentine is thinking of strawberry daquiris, #while cobalt is thinking of the strawberries that are cut up in those fruit trays, #but you know, #both technically strawberries, #ratvich, #also this was actually really well timed cause we just watched SU and ended up sobbing, #ask game
1 notes · See All
ddusagitsukinoText

my only four moods rn