Moroha: With this rouge, I become Beniyasha! Destroyer of Lands! *slays a bunch of demons before passing out*

Setsuna, scribbling in her notebook: I give it a C at best. Maybe a C- since I really don’t think you put the effort in on this one.

Damn right is, Setsuna!!! hER PARENTS ARE LEGENDS

Did anyone notice that we can see InuYasha’s robe this time?! It seems we can see a little more of him each time perhaps? Does that mean we’re getting close to finding him?

What the fuck kind of preservatives did Inu no Taisho put into that lipstick 😂😂??? I can’t even get my lip scrub to last longer than two years and Izaiyo’s lipstick is out here working on year three-hundred.

#hanmajo speaks, #about InuYasha!, #and his mom, #not too keen on that thing making a reappearance but whatever, #it just proves my theory that that all the ‘elders’ in the series are immortal, #they’re god tier y’all, #cats people demons things, #it ya old, #ya golden, #inuyasha, #InuYasha spoilers, #hanyo no Yashahime, #hanyo no yashahime spoilers, #inu no Taisho, #Izayoi, #Moroha
2 notes · See All
vikingknight90Photo 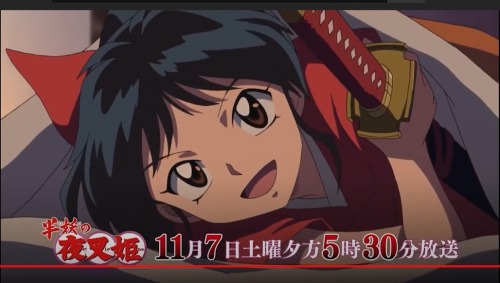 #yashahime, #yashahime spoilers, #moroha, #ep 6 preview, #this shouldn't be allowed, #thank you inuyasha/kagome for giving us this gem
2 notes · See All
i-guess-it-rainsText

Lmao who’s pressed enough to report/take this post out of the tags twice already? I’ll just keep reposting it because Kagome is the female protagonist of Inuyasha and damn it we are how many episodes in and so far all the emphasis is on Kikyo?! Like…

What in the fresh hell is this?! Kagome deserves better than to be compared to Kikyo all the fockin’ time especially in reference to her daughter.

#yashahime, #inuyasha, #kagome, #a goddess, #moroha, #your mama is as fierce as they get okay, #this is why people groan at the mention of kikyo, #enough already
0 notes · See All
officialinuyashaText

Everyone is complaining “Moroha didn’t care when Myouga mentioned her parents”.

InuYasha acted like he didn’t care what his father left him when it came to getting Tessaiga.

This is a reference to InuYasha’s personality seen in Moroha, like it or not.

It’s not that she REALLY doesn’t care. You’ll see.

This episode feel like a filler. so not even myoga know that sesshomaru had twin daughter hmm something is just not right here i am so use to watching all the episode at once this is so frustrating😢.love the twins bonding time towa is so like her mom while setsuna is like her dad a little nicer version😂.when myoga was talking about moroha i thought he was going to explain to us how moroha have demon and priestess powers but i guess that’s not important still frustrating me how she even have both makes no sense really.

The shelf life on lipstick is only like 18 months.

Idk how much is trust cosmetics over 100 years old.

When Moroha said “iron-reaver soul stealer”… my eyeeesss just watered. Like, she is so much like her dad I kennot!!

It just hurts because Moroha is so much like her beloved mother, who by the way isn’t with her right now so when other women are mentioned into the mix, it probably makes Moroha feel worse and avoids those emotions associated with losing her mom even more intense???

So, Setsuna has an attack called “Scourge of Swallows.” Hmmm…Anyway, this episode showed us more of Towa and Setsuna’s relationship dynamic:

Their dynamic seems to be in-line with how it was described in the magazine with the VAs interview. We can also see that “modern day girl” influence in Towa that her VA talked about (as well as how she is similar to Kagome in some ways, because she was raised by the Higurashi family).

And speaking of Kagome. I believe that Kaede knows that Moroha is Kagome’s daughter, specifically. Though the English has her saying this:

In the Japanese, Kaede uses 娘 (musume) or “daughter.” The word can mean “girl” as well, but given the context, it is likely “daughter.”

We also learn that Moroha found her jewel from one of the Four Perils, Demon Beasts that are underlings of Kirinmaru (they were controlled by him).

Finally, we learn that Setsuna met Miroku “a long time ago.” She uses the term 昔 (mukashi), which is very vague and has a large range (from yesterday to 10+ years ago to 100+ years ago when used in a fairytale like sense - ex. 昔々 (mukashimukashi) often starts off fairytales and is equivalent to the English phrase of “Once upon a time…”).

That being said, I’m going to guess that she met him around the time she was heading to Kaede’s village. She can remember clearly what he looked like and she could remember the words that he said too. So she had to be fairly old. So meeting him en-route to Kaede’s village, about what, 3-4 years ago (around 10-12 years old?) would fit. That’s all just vague speculation though.

As for the words that Miroku said:

“On meeting an arhat, slay the arhat; on meeting your parents, slay your parents.” This seems to be a take on the Buddhist philosophy on embracing Nothingness (or Emptiness) :

It centers around the idea of “Impermanence” and “Change.” From the website rep (dot) routledge (dot) com, there is this summary of “Emptiness” :

Emptiness’ or ‘voidness’ is an expression used in Buddhist thought primarily to mark a distinction between the way things appear to be and the way they actually are, together with attendant attitudes which are held to be spiritually beneficial. It indicates a distinction between appearance and reality, where the paradigm for that distinction is ‘x is empty (śūnya) of y’, and emptiness (śūnyatā) is either the fact of x’s being empty of y or the actual absence itself as a quality of x. It thus becomes an expression for the ultimate truth, the final way of things.

So most of my theories are out the window for this series because it was revealed that the red pearl did not come from Moroha. What is happening?

Moroha using blue tooth headphones and listening to music is the kind of content I’m here for.

I see a big plothole in this episode of Yashahime…

The shell with the rouge from Inu’s mom was destroyed by Naraku when he killed Kikyo if I remember well? So how is that possible that Moroha owns that? xD

So Moroha does know who her father is… but not her mother? So where the heck are they? I have a feeling answers won’t come around until the end of the series 😂

Ok I don’t wanna come across petty but Kikyo has gotten her respect….however I’m just innocently asking why Kagome cannot be mentioned within her own legacy and get that same respect??? Yes I get it, she’s the reincarnation of a dead priestess but she’s so much more than that. *Inuyasha voice* “Kagome is Kagome.” I get that Myoga was just talking from a historical point of view but still; Kagome deserves her own merit too. Moroha is the daughter of KAGOME. 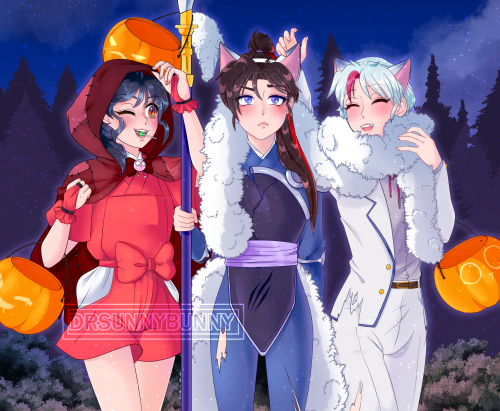