Each design is diverse. This is a common type of Televoteo. You can only save a corrupted Televoteo by playing its game. After you’ve finished it’s game, and brought it to the Fall of Redemption, startle it, and push it into the waterfall. Once it gets out of waterfall after a minute or so, it will look like this:

If your newly saved Televoteo still has eyes on its body, do not flip out. That is only a design choice that most common Televoteos have.

I have been thinking about Moth Girls, so I drew a chubby Moth Girl………….

“Seems just yesterday  I was being thrown in prison. Now here I sit with my own son in my arms. I promise…no matter what I’ll protect you, and love you, even from afar. You may not know who I am but I know who you are. You’re my son. And I’ll always be proud of you.” 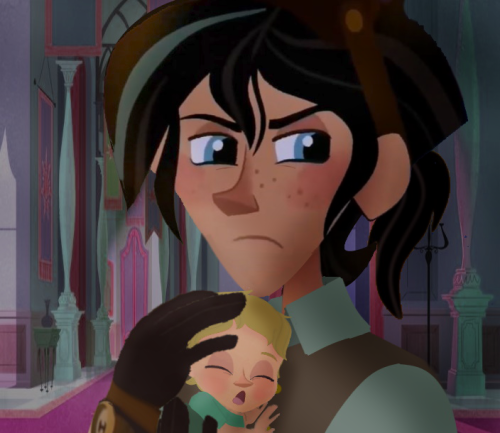 LOOK WHAT I MADE FOR HALLOWEEN MOTHERFUCKERS HAHA 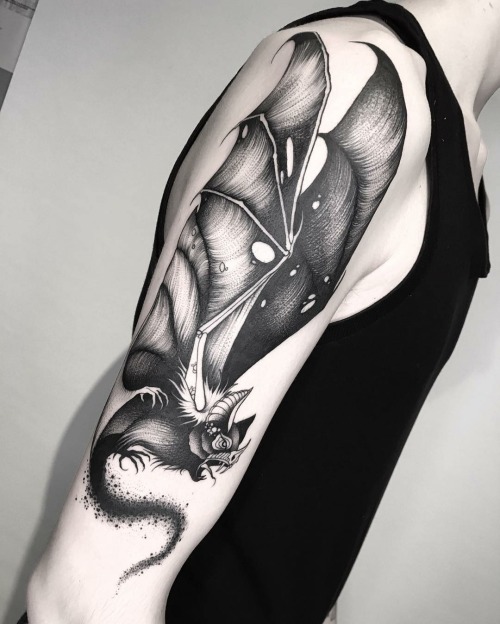 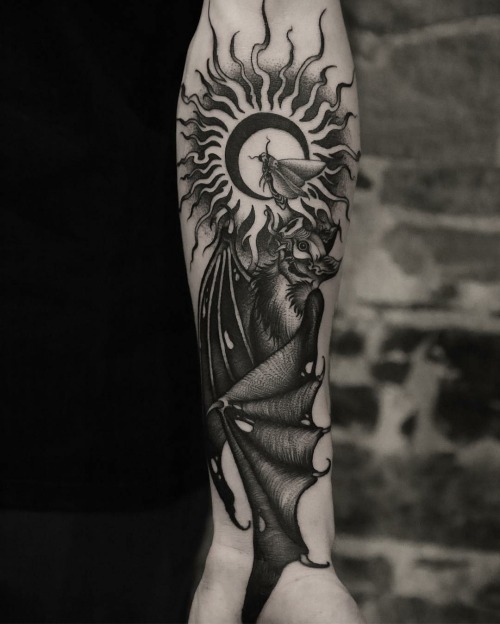 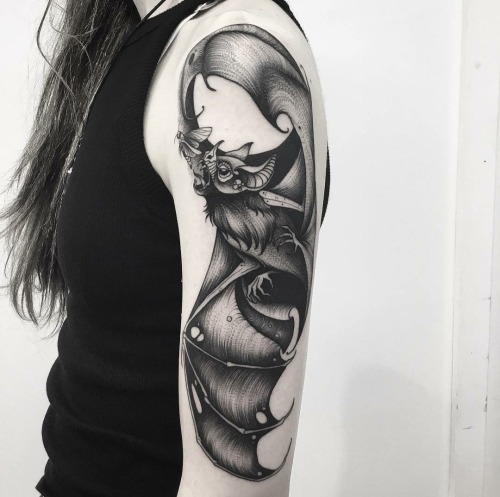 @fubblers has invited me as a guest artist on their closed species, Nyalenas! It was very fun designing these little guys. Frankie was inspired by Frankenstein for some halloween spirit, Pierrot by pierrot clowns, and Honey by general fall woodland vibes.

Please DM me if you’re interested in purchasing one!

Nyalenas look like moths but they are more similar to cats. They purr and chirp and are actually mammals. They can fly and are about the size of kittens. They like to be up high on countertops or snuggle up on your lap. They are kept as pets but they can also survive in the wild. They have a diet of mostly bugs. Nyalenas are from an alien planet and usually live 10-15 years in the wild. However, living as pets they live upwards of 20 years.

Halloween is my favorite holiday, so I decided to try doing something seasonally appropriate. Here’s Possessor, from Creepy Castle! The game rarely lives up to its name, but most of the actually unsettling moments can certainly be attributed to this guy.

Seems he’s ensnared a lost little moth to do his bidding. Poor guy. But maybe you should watch out to not end up worse. 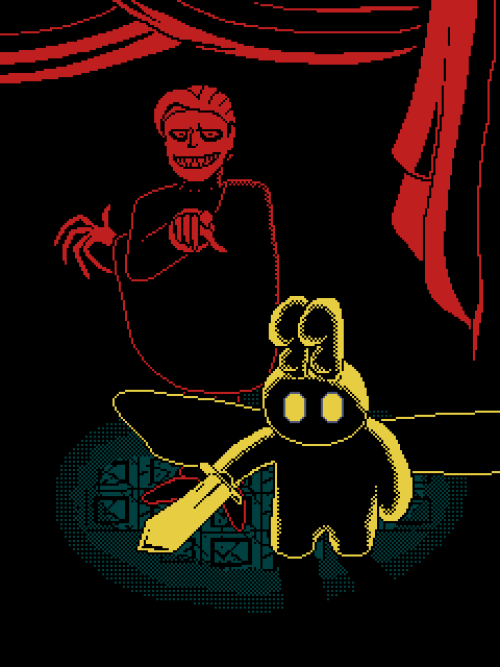 #halloween, #fanart, #creepy castle, #moth, #possessor, #pixel art, #maybe I ought to hold back on the dithering, #oh well, #I am at least very proud of how the curtains turned out, #posts
2 notes · See All
a-tired-nightingaleText

A moth landed on my face.

It tickled a bit, 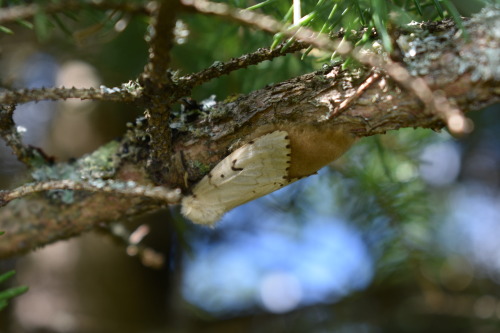 A new batch of babies! What do you think of this new format for ads? Is the lace better than how I was doing it before?

I’m offering Nyalena YCHs for $15 each. There are five slots open!

Nyalenas look like moths but they are more similar to cats. They purr and chirp and are actually mammals. They can fly and are about the size of kittens. They like to be up high on countertops or snuggle up on your lap. They are kept as pets but they can also survive in the wild. They have a diet of mostly bugs. Nyalenas are from an alien planet and usually live 10-15 years in the wild. However, living as pets they live upwards of 20 years. 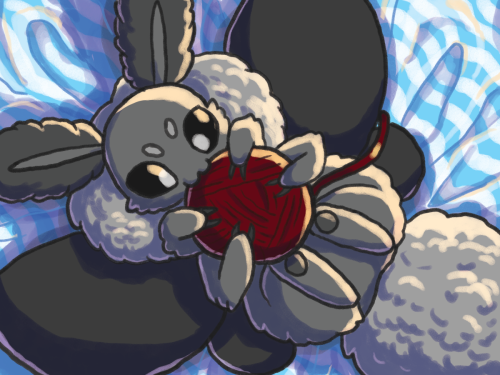 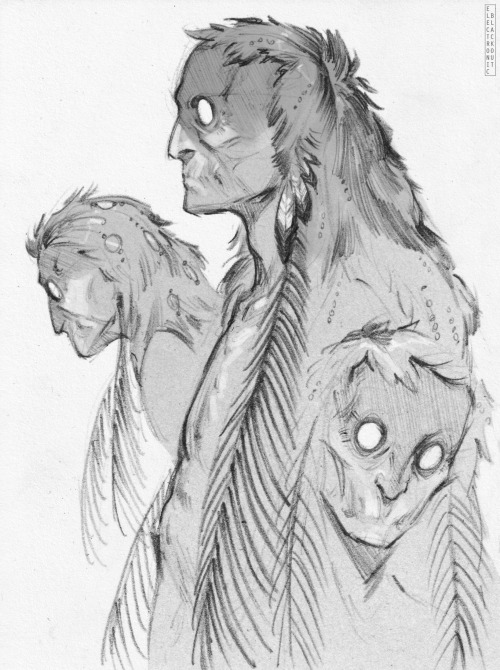 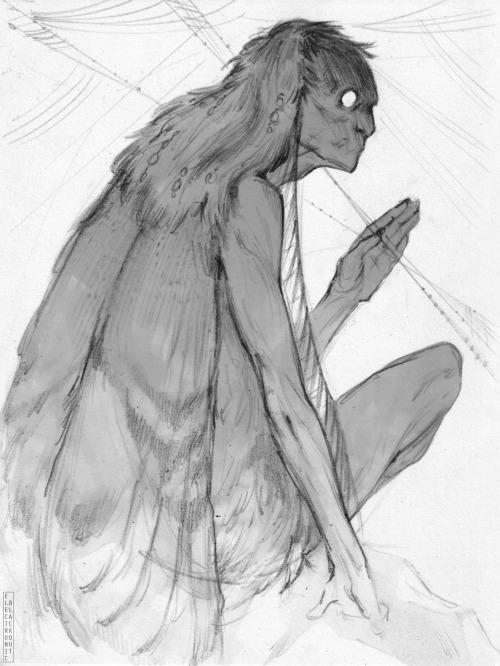 A tiny moth offered without comment from @tbblobnoern​! So tiny…….friend-shaped :) 🖤

Someone has to help light the stars~

Finished mothling insomnia drawing. Ended up feeling pretty happy with this one the whole even if I could of used some more (not sleep deprived) time working on the overall design I think. I’m glad that this is the color scheme that won the vote as I think it came out really well~ Thank you all who voted! 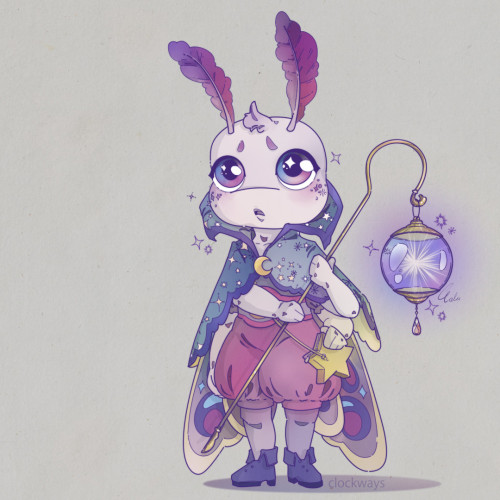 okay so here’s ANOTHER art and it’s Roman AGAIN because i like the attention art of other characters gets me,,, anyway

here’s a Mothman. A moth-ro-man, if you will.

this kinda started bc i was in an rp, where Roman (my character) and Janus were having a conversation about if each side were a bug, what bug would they be, and Roman said Virgil would be a moth so he could be Mothman.

Later, out of character, we were talking about what every character’s animal form would be, and we were talking about how Janus is a snake, and saying Virgil’s form could be a cat, when I jokingly suggested that maybe Roman was the real Mothman. Then I accidentally got attached to it, as I often do, and now we’re here.

The wings were supposed to be able to look like a cape when closed, but I uh, made em a bit too big

he’s upset because he’s worried his boyfriends (Janus and Virgil if you will, bc im a slut for some anaroceit) will think his animal form is stupid because it’s not something elegant and powerful like a lion or an eagle. They think it’s cute, but he doesn’t know that. 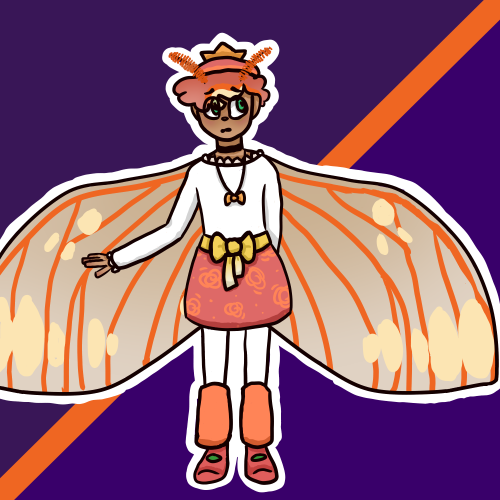 Really wished we could celebrate halloween in Argentina :(

Found a giant leopard moth caterpillar hanging out on the sunny south side of my apartment building this week! I carefully took them inside for a moment (to sit for a brief photo session) and then returned them to the mulch up against the base of the building, where they’re probably planning to overwinter.

Because my photos are woefully inadequate to show the red banding visible when it’s curled up (basically a big “don’t eat me I taste bad” sign) and because I want you to see the gorgeous creature that will hatch from this bristly baby, here are some pics from the wiki: 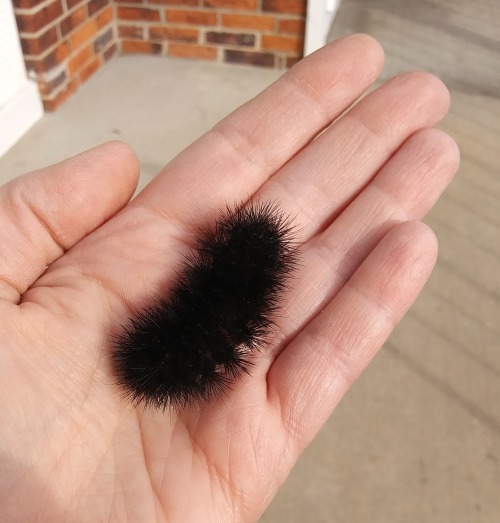 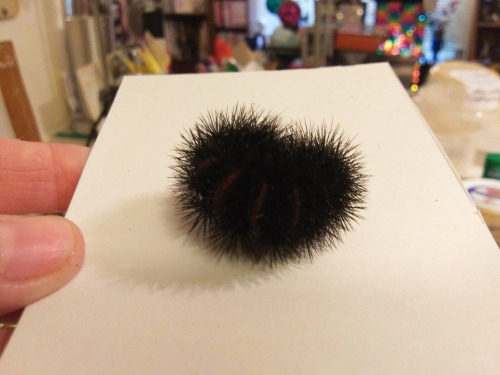 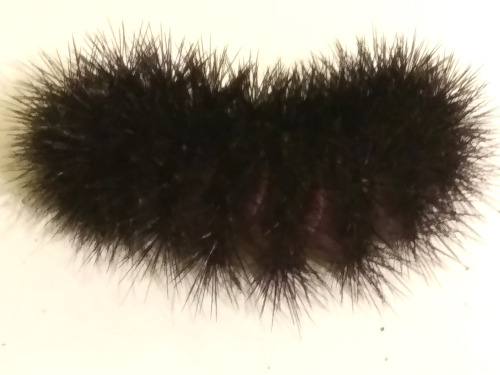