“Teyana Taylor - Never would have made it (jaso remix)” by JASO

Villagers are rolling out, ladies and gentlemen, and we’ve brought in our resident Animal Crossing aficionado JammerProHD to dig into the details! Got a minute?

Been a while since I posted here, huh?

Anyhoo, I made a Smash move set for Quote for a contest a while back, and I figured I’d share it here.

Been drafting up Smash Bros.-styled movesets for Pokemon as of late.

Here’s Octillery, a zoner who uses its projectiles to make up for its lack of speed or mobility. 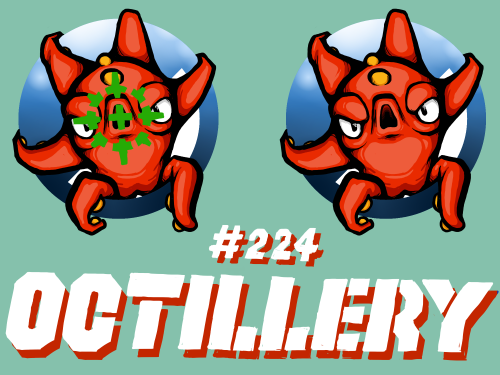 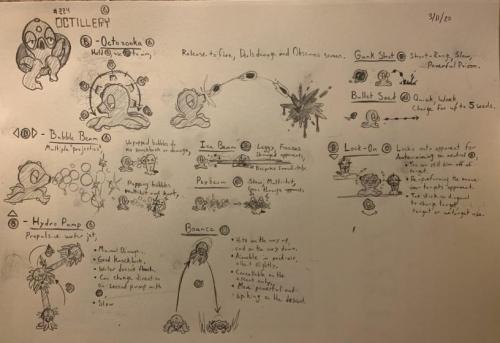 Team Support/Usage: Galarian Corsola is an excellent utility Pokemon for many teams. It can work well on more offensive teams as a Stealth Rocks setter and a bulky pivot, and it can work well on defensive teams as a more dedicated tank. Basically, Galarian Corsola can fit on many teams because of the importance of its niche. As far as teammates go, Galarian Corsola is the type of Pokemon to support its team more-so than needing support itself. The most important thing, though, is something that can come in on Knock Off users, like Bisharp, as Knock Off will severely cripple Corsola’s utility. 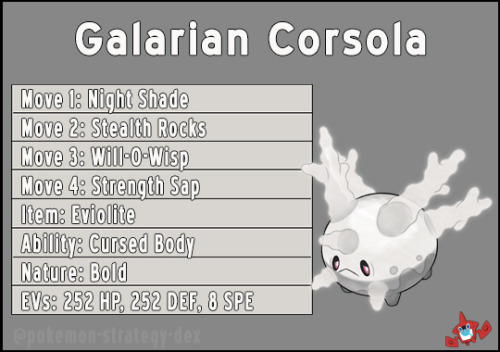 Wolf’s a real handful, ladies and gentlemen, but fortunately I was able to recruit Wolfkaosaun to bring the muscle and break this bad boy down. Now let’s not waste another second and learn about Lylat’s fiercest warrior!

Zap Cannon does high damage and slows down the opponent, but it has a small hitbox.

Smack Down hits opponents out of the air.

Defense Curl buffs Defense and increases the power of Rollout.

Rollout can be held to keep rolling, and it’s stronger the longer Golem rolls for.

Charge buffs Defense, increases the power of Zap Cannon, and adds electric effects and negative Speed status to Rock Blast and Smack Down.

It has its own unique negative status called Confusion, which messes with the opponent’s controls.

Spinda has Own Tempo and Tangled Feet as Abilities, which means that if it’s Confused, it suffers no drawbacks and becomes much better at dodging attacks.

Teeter Dance sends out a wave of Confusion.

Dizzy Punch Confuses the opponent if it hits.

Psych Up copies all of the opponents’ status conditions, positive and negative.

Thrash is a rekka rampage, at the end of which Spinda becomes Confused.

Spinda’s Burst Attack is surreal and trippy, it messes with the opponent’s sense of balance so hard that the opposing Pokemon can do nothing but lie down on the floor nauseous with vertigo as the world spins around them.

Spinda has a slightly different random pattern of spots every time it’s picked on the Character Select Screen.

Claydol is a defensive tank with 660 HP and is a Technical Type.

Rock Tomb is 4 large rocks which fall around and box in the opponent, restricting their movements. The opponent has to either move around the rocks, jump over them, destroy them with attacks (the rocks have 60 HP each), or wait until they disappear on their own after a few seconds. The rocks don’t do damage unless the opponent is hit by one, and they do low damage.

Extrasensory, which grabs the opponent from a distance.

Psybeam is a beam of psychic energy shot from its arm like a cannon.

Earth Power, which makes the ground in front of it explode and earth energy comes out of the hole.

Ancient Power is a buffing move using fossil rocks from the ground. Claydol gets a buff to its Attack and Defense.

Cosmic Power sets up for Heal Block, Imprison, or Gravity which take the form of zones on the field that apply their effects if the opponent is inside. Claydol takes less damage if hit while using Cosmic Power. Only one zone effect can be active at a time.

If Sly Cooper got into smash, what would his move-set look like?

#sly cooper, #super smash speculation, #moveset, #any ideas?
6 notes · See All
prof-brambleAnswer
What is your favourite type of Pokémon?

I’ve also always been a bit stumped on it. Pokemon Types aren’t something I’m particularly picky about; I care a lot more about their personality and functions.

For example, I should probably love Ice-types with where I live, but I use Fire-types just as much in this environment! I’m not someone who sees one Type of Pokemon and gets super attached to that type: Not that there’s anything wrong with someone who does, either! I just never have been able to get that dedicated to a single Type.

I suppose Dark Type Pokemon are pretty high up there, as well as Electric. Those two tend to have quite a good chunk of Pokemon I personally like, after all.

I’d say there’s also the MoveSet to think about, but since I no longer battle… Most of the Moves I teach Pokemon are either Normal or Grass Type Moves. Those tend to be the most useful for my line of work, though I do use all the Types on a surprisingly regular basis.

Finally finished Baldi’s Smash concept! I’ll add the other stuff after this.

Hey so. I’m looking for a moveset for my Golisopod, I’m thinking first impression, liquidation and throat chop, but should the fourth move be brick break, iron head, rock slide or drill run? I guess drill run is good rock and electric type coverage, while iron head and and brick break are good for only rock types and rock slide is only good for flying type coverage