Vivi: Someone explain to me why my clothes are gone!?

Mystery: I’ve been doing some art’s and crafts while you were away on vacation.

Vivi: I was doing a ghost investigation and what did you do to my clothes?

Mystery: Some scissors, threads, and a needle can turn all of that into a nice kitsune blanket.

Vivi: I want to kill you Mystery, but I also want to take a picture of you in that.

Arthur: I never understood about why you love Lewis so much.

Vivi: Because he is a great man to love. He’s talented, smart, brave, and even most importantly-

Arthur: He cooks for you.

Vivi: Exactly. But that’s because I accidently started the fire when I made salad.

sorry for ghosting out and only reblogging the drama thats going on in the fandom! Life is weird and 2020 didnt help AT ALL.

But anyways, im ready to come back here and get buggy with it!

So please, send me some asks!

It’s currently late where I’m at in the world so I’ll get to them in the morning!

do not repost, claim, or copy/trace

In support of my friend @teenageukulelescreamo‘s new MSA AU that was released today, I drew good their good boys!!!

Check out @neversleepagainau and their askblog!! I cannot reblog Squigglydiggs post so I assumed may not respond but here is my response.


Please stop continuing this narrative of yourself being a victim & take responsibility for your actions Squiggly.

#squigglydigg#msa#mystery skulls animated#squigglydigglydoo#halio-c#if you can read this squiggly please take time offline and realize this is just not parler and lilo and stitch.
96 notes
eagefrien
Text

I think Lewis figured out he was genderfluid in his teen years, and for a minute he was questioning if he actually was genderfluid because he wasn’t feeling like he switched away from female for a long while. Only for him to come across a video about cross dressing casually and he has to call Arthur because he wants to be a boy. So so bad.

His family loves it

please do not repost my art.​

at long last, im so excited to announce that this ask blog is officially open! many people know I’ve been working on this intro for roughly five weeks, and I’m very excited to finally share it- possibly as excited as I am to FINALLY begin telling this story!!!

first of all, tumblr completely ruined the quality of that last panel- if you wanna see the full sized gif (warning you now, it’s enormous), you can find that here! And, if the gif is hard to read/hard to view, there’s a static version of this panel below the cut!

There’s also a ton of extra information that could answer some questions you might have, as well as a list of potential triggers to watch out for in the future! However, it is really long, and when I say really long, I mean it’s chapter-in-a-book-long so please don’t feel obligated to read it unless you have extra questions/have some bad triggers you wanna make sure to avoid.

Otherwise though, I can’t wait to see what kind of questions you guys send these two! One has to wonder… where in the world are they headed off to in the dead of night… 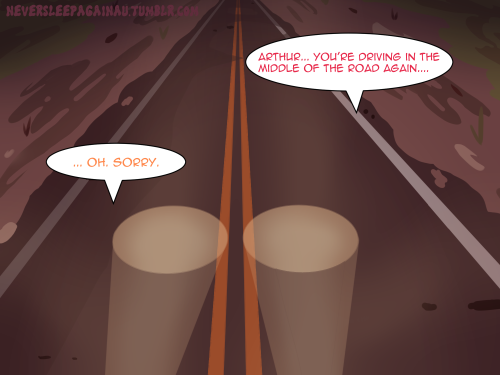 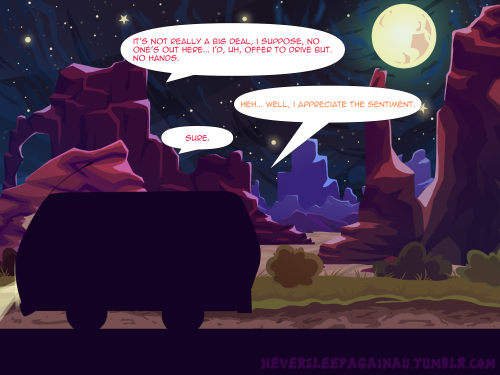 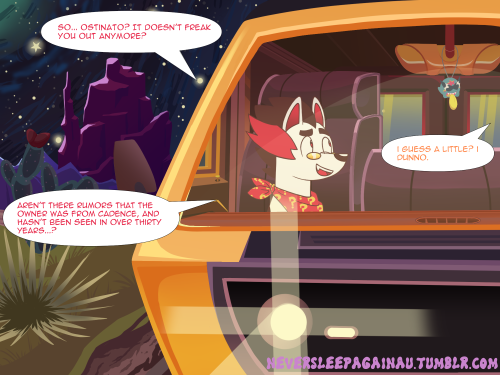 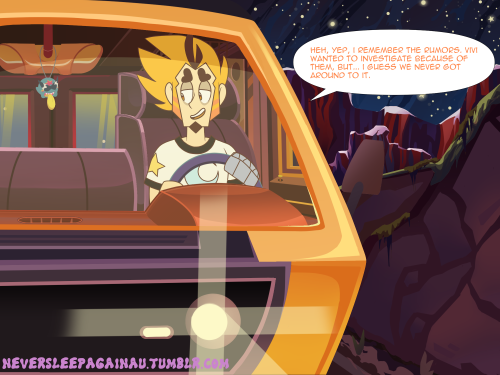 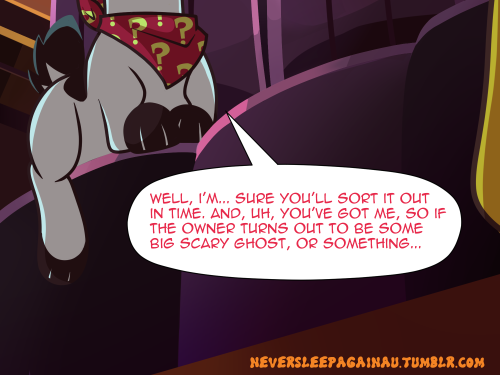 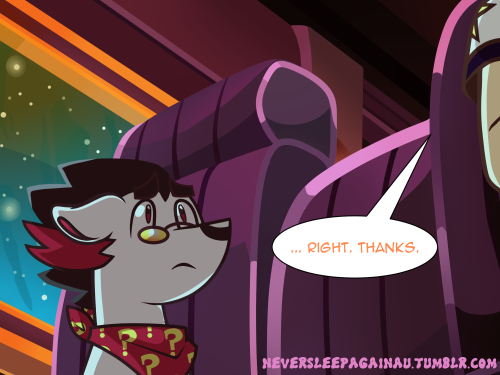 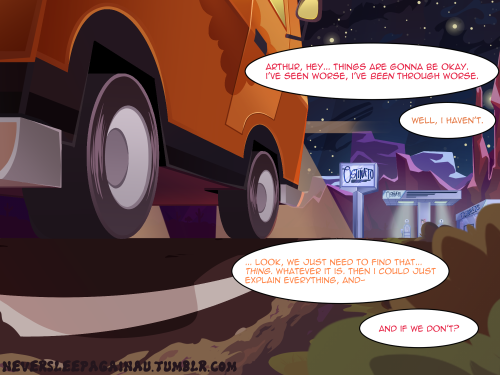 Sapphire the Dog/Kitsune belongs to my msa oc

“Please don’t forget who you are, Arthur…”

so… I was cleaning out my sketch folder when I found this. Not sure what this was supposed to be but I’m pretty sure it’s Arthur not having a good time. 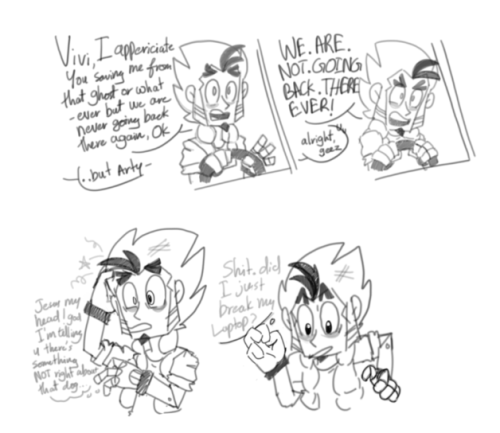 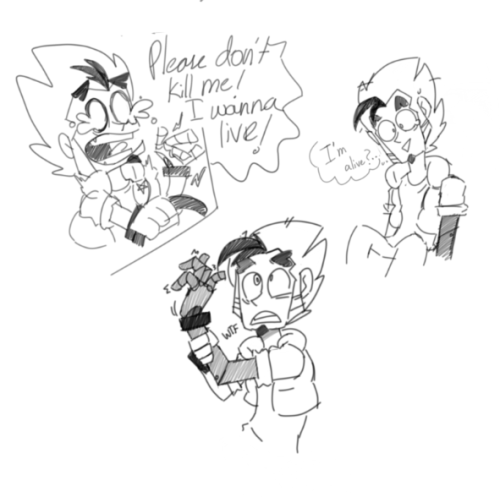 I’m back to making my same garbage art again

Assorted doodles of my oc Jonathon

since the locket prediction in the future went so well, i’m going to speak this into existence

okay so if the next song is gonna be when i’m with you, there’s those two beats before the chorus kicks in right? well say lewis arthur and vivi are gonna charge in to try and drag mystery out somehow, some weird spooky magic. anyway, on those two beats, we see lewis taking vivi’s hand, and then lewis taking arthur’s hand, and as the chorus starts all three of them run in, holding hands

Lewis shouted in surprise when there was a sudden man shaped weight against his back, thankful that even as a ghost his upper body was incredibly sturdy.  “Whoa, what the-?”

“You’re just a softie,” Arthur said out of nowhere as he snuggled into his icy cold back. He could feel the extra warmth from his cheeks through his ghostly clothes. “Biiiiiig old softie sweetheart. Like a purple… purple giant sheepy sheep man.”

“Uuuuuh…” Lewis looked as much back as he could, looking over at their girlfriend with his eyes pleading for any assistance he could get. He had no idea what the fuck was going on.

“You started drinking again, didn’t you?” Vivi said as she got up form her laptop, peeling the now obviously drunk man off their newly shared boyfriend. “I thought you said ‘never again’ after the time you tried to buy an actual giant mech from Japan…”

“But it’s in celeb’rtion!” Arthur slurred only a bit, able to remain standing with no assistance once Vivi steadied him. “I-I got. I got the thing! I got the- well I can’t tell you it’s a surprise, but I was so happy I jus’ kinda chugged all the wine in my mini fridge and now I’m only kinda drunk but!” He breathed in holding up his hands. “I’ve stopped, see, and now I just wanna show you how much I loooooove you!” He smiled goofily,  arms sticking up in the air as he started sliding down the wall to sit on the ground.

“Arthur gets really goofy when he’s drunk,” Vivi explained, going to get some water from the kitchen. “He’ll be fine but he’s going to be incredibly embarrassed when he is sober again.”

Well. Now Lewis was only more confused and more intrigued as to what kind of surprise could make Arthur happy drunk into this.