Dying due to stress and large hecking amounts of school work to do online. I need something to calm my nerves. And what better way to do that than by writing? Send me some prompts from any of the following fandoms!

MJ: the stars sure are beautiful tonight

Peter: you know who else is beautiful

I’m writing an Octamaria fic (shocker, I know), and I wanted to draw their outfits.

Here’s an AU I came up with last night! This is word for word copy and pasted from what I said in the msm server lmao

While he’s stuck, Max modell does the virus check, and doesn’t detect anything (because peter is now a part of the base code)! Ock(as peter), quits Horizon, and does all of his shenanigans. Now, theres an opening at Horizon, and in canon Alistor Smithe got the spot, but in this AU Harry gets the spot.

He gets the spot for 2 reasons,

1. Harry still has to go to school??? idk why in canon he just doesnt but thats just not how life works??

2. Harry proposes the idea of using the Living Brain as a main computer (Hes just like??? You built this amazing computer and you guys just ***dont*** use it), like Tony Stark’s JARVIS and stuff, and Max Modell gives him the spot and lets him work on the Living Brain

Harry, after adjusting the code of the living brain and setting up the computers and hologram tech, etc finally starts to do beta testing. Peter, still being in the LB, gets pulled out as the hologram. Harry, slightly horrified that the LB decided to use his ex-best friend to present itself (because ock is still being an ass in peters body) but he doesn’t question it

Peter was extremely out of it, but he did what Harry was testing (basic commands he would have to run like searching the internet, etc) and once Peter figured out what was going on, he tried to tell Harry. but Ock, preparing for this type of thing while he was in the LB, had made it so Peter could say *anything* about his body being stolen, it would just censor him.

Of course Peter starts to freak out when he realises that he cant tell Harry anything, so he starts to over react and mess up the projection (peak the glitches in the drawing, i want to make the glitches more intense later tho)

So harry restarts the projection program. Peter, realizing that he can’t do anything as of right now, just acts as if he is just a computer until he figures out a plan .

(Here’s some of my first sketches 😳)

still crying with him

♫ is he strong? listen bud, he’s got radioactive blood ♪ 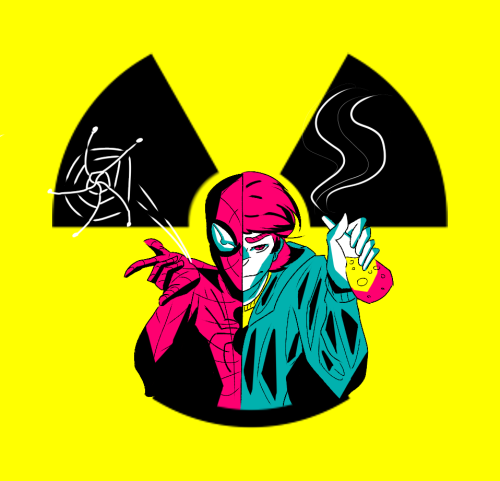 Here’s something? Idk it’s from a breakup fic

“Hey,” Harry speaks, taking his jacket off and draping it over the back of the chair, “You wanted to talk?”

Peter waits in silence for a moment as Harry sits down. “Yeah.”

“What about?” Harry asks, taking a sip of his drink.

Harry always makes time for Peter, though. And this very fact makes his next statement so very, very hard.

“I think we should break up.”

Harry’s eyes widen. “This has to be a joke.”

I’ve been getting a lot better at drawing hugging, and I have these two to thank for it.

More of @misterpoofofficial‘s MJ bc I love her 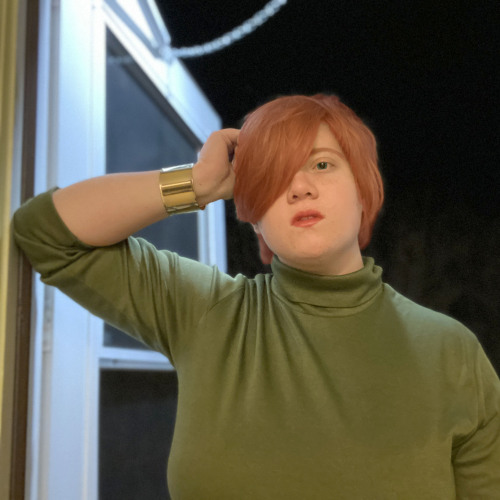 I noticed a criminal lack of Otto and Anna Maria content in the MSM fandom, and I have dedicated my life to fixing that.

Tags: Fluff, nothing but fluff, Aunt May is the mother i wish i had, Coming Out, Trans Male Character
Wordcount: 541

Summary: "Aunt May,“ Peter began, forcing down the anxiety rushing through his chest. "I have something to tell you.” 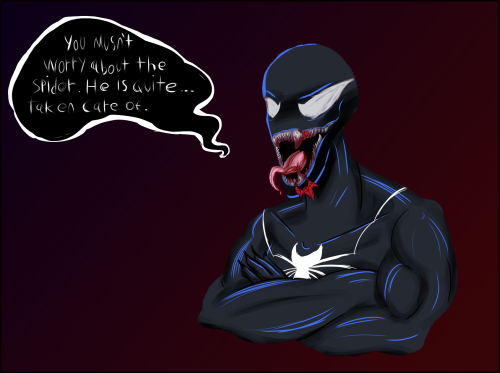 I thought it would be fun to post all three ‘stages’ of this drawing! I stayed up till like two doing it lmao

I’m still trying to figure out what I want to do with lineart as well, so that’s why I’ve been switching between lineart styles recently aha!

I did some body sketches a little while ago because drawing bodies is fun. :)

Otto, having not felt human touch in years: w ow

Am I slightly biased because Brady has the same voice actor as Otto? Perhaps. But I love this funky little background character and I want to see more of him.

I’m making an Otto/Mysterio fusion and I love him a lot. 💓💓