Hi everyone, my friend @purrpletiger is hosting an Among Us MAP set to “Turn The Lights Off” by Tally Hall! If any of you would like to join, the details are in the description of their YouTube video. Many parts are still available. And feel free to spread the word, we’d love to see this finished!

i make this map, its open so if you see this please enter or reblog im taking animators and drawers ;D its a map about underverse.

Fireheart/star map with the song ‘A good song never dies’ by saint motel?

#map as in like, #multiple animator project, #btw
25 notes · See All
avafaidPhoto

The full video is out!

Go support it on YouTube if you can:
https://youtu.be/9etBU3KMpI4 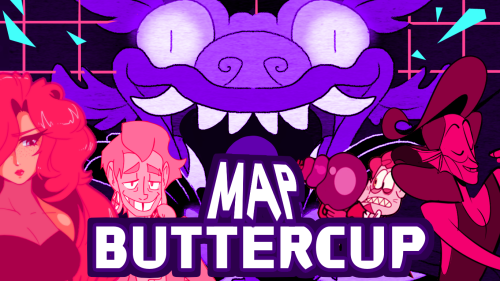 I have officially completed my first ever MAP part!

I feel like animators should perhaps start changing the name of group projects. For those unawares, for a long time such big group projects of many animators would be called Multiple Animators Project, which as you all can see has an unfortunate acronym that’d be used.

For those who don’t see why the acronym is unfortunate, let me explain. For some time now, pedophiles have started to call themselves Minor Attracted Person, which has the same acronym that they use for their social media accounts.

So in order to avoid being mistaken for a pedo when uploading one of these projects on youtube or tumblr or twitter or whatever, perhaps the name should be changed. I recommend Multiple Animator Collaboration or MAC. Or if not wanting to be mistaken for Mac Computers: Several Animators Project or SAP

Please share this around, I’d love to be able to finish this project! Details in the description!

I SAID I WOULD MAKE A @y2kvr MAP AND BY GOD I DID!!! please read the desc before asking for a part!!

FUCK IT IM GONNA HOST A MULTI ANIMATOR PROJECT FOR THE Y2KVR AU.. I GOTTA MAKE THE MAP CALL BUT ITS GONNA BE TO JUKEBOX THE GHOST’S “ITS NO SECRET”. HELL YEAH ILL POST IT ONCE ITS DONE

The digimon collab is finally done! All artists are linked in the description and deserve some praise!

hehehaeheaoohohooo i finished my part

#hlvrai, #animators on tumblr, #fanart, #multiple animator project, #uahghaghhghhhhh im so excited 2 see what everyone else does for this, #it was SOOOOO MUCH FUN, #i missed doing this</3, #been like. a year since my last map part submission, #the ummm temptation map iirc
82 notes · See All
tsunami-gem-guardianVideo

The MAP is officially up! So basically, I am asking for artists and animators to join me in making a PMV style music video for the song curses with entirely fr characters.

Now since tumblr is dumb it reset the info and I’m way too tired to get it right now (it’s starting to get late leave me alone) so if you are interested in entering could you find a previous reblog that has the correct information instead of this or it cuts off with a … (seriously why did it do that for no reason???)

I’m so happy to be able to share this!
I participated in Ink Katana’s multi-animator project and it’s finally up. Here’s my part, and consider watching the full one!

I decided to start a MAP for yhs!!!

Hey fellow Little Nightmares fans check this out! Doesn’t matter on your skill level, anyone can join!

my part for a map of the phoenix ! rlly excited 2 see teh whole project come together