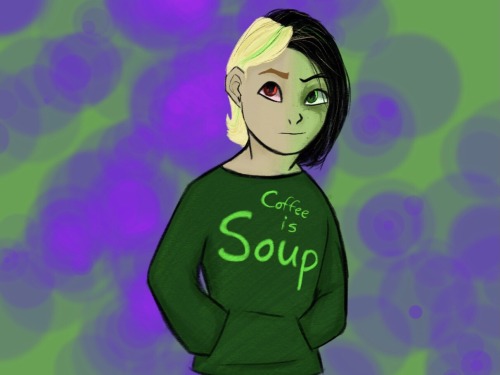 #Coffee is soup, #mollo, #my au, #morro, #lloyd, #it’s an au not a ship, #art, #fanart, #digital art, #ninjago fanart, #ninjago, #had to edit it bc I forgot Morro’s freckles
13 notes · See All
askthelovbutnotAnswer

Shigaraki: Yes. Did I want to even be in it? No.

Toga: Dabi started it! Me and Jin just finished it!

Shigaraki: THE STORE WAS A MESS! WE LITERALLY HAD TO CLOSE FOR THE WEEKEND JUST TO CLEAN IT AND FIX THE SHELVES-

Jin: BUT WE HAD FUN AND THAT’S WHAT’S IMPORTANT!

Shigaraki: Oh shut it you! You’re literally the oldest and you just encourage the other two!

Shigaraki: Streaming. I haven’t streamed in a while and Spinner says his fans “miss me”

Dabi: Driving around. I do that a lot when I’m bored or have a lot on my mind.

Toga: At Uraraka’s! Have a spa day while we’re at it!

Jin: At big sis Mag’s house, she always bakes stuff for me and shows me how to make it. Even when she’s busy making designs for her shows she makes time for me!

#Understorm, #Black ice sans, #My oc, #My art, #My au, #Glass style, #Whah it was fun but it feels like forever
42 notes · See All
jimmsytreePhoto

Aight since I got no asks were back with this 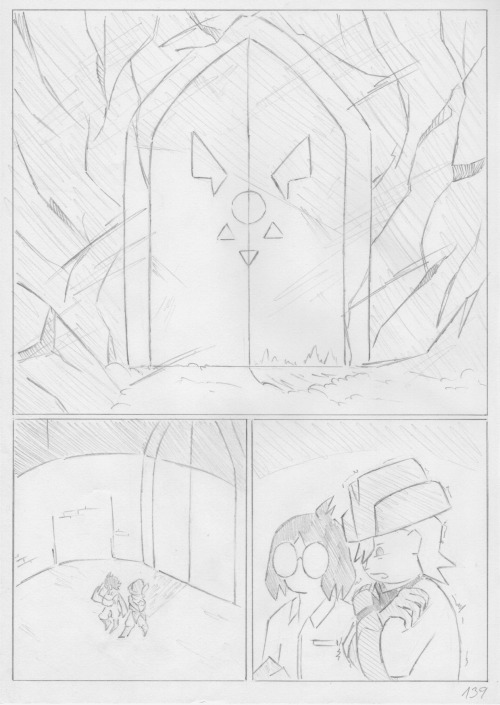 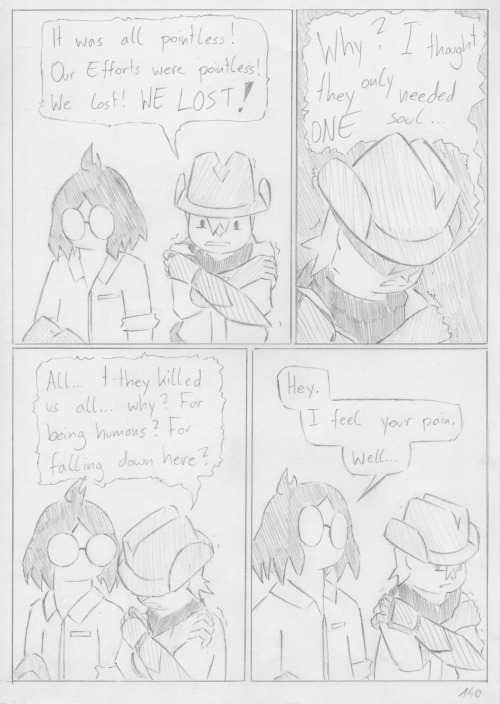 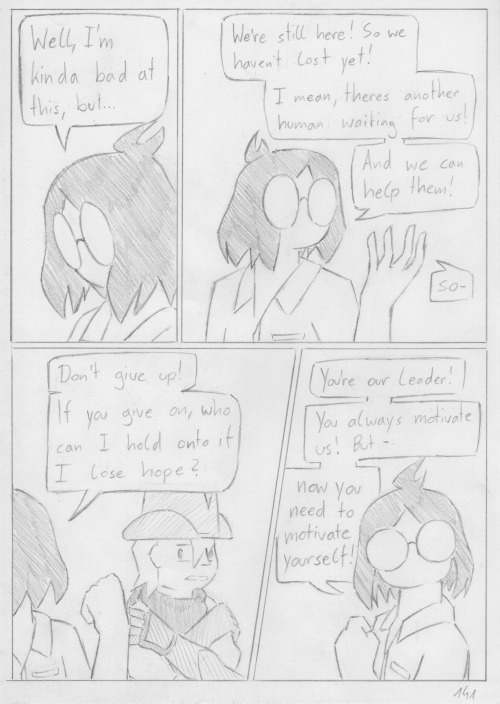 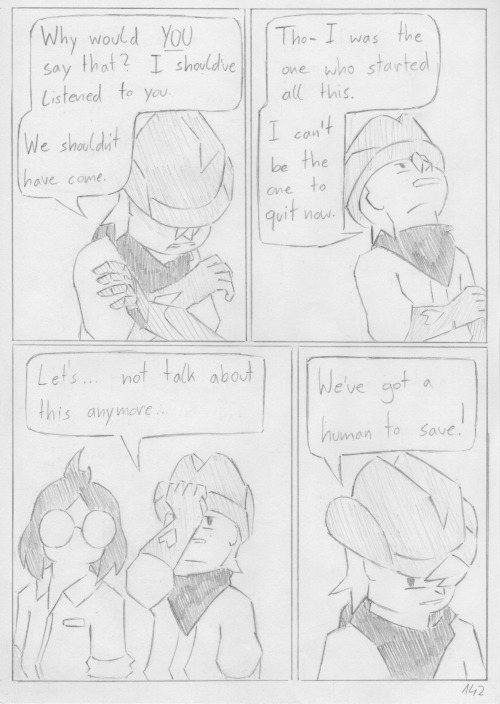 Ask Box is closed for now!

Beel: as much we love answering you’re questions! We have school…and Alex is on vacation with family for a week! So we won’t be able to come back to any of you till monday… we’re so sorry!!

So I hamve. Headcanons about the Prince from Ahit-(Reblogs appreciated!) 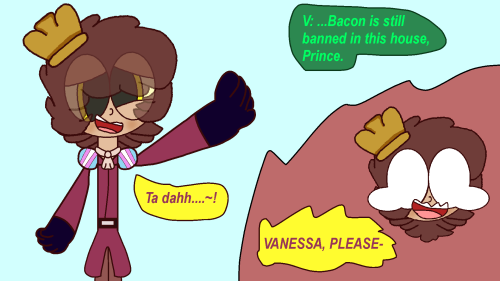 #My Art, #AHIT Prince, #Ahit the prince, #Ahit Vanessa, #Ahit AU, #My AU
5 notes · See All
angel-of-merciesText
#my au, #We not Me, #BNHA au, #fusion, #momo yaoyorozu, #midoriya izuku, #needs updating, #has a fanfic that comes with it
4 notes · See All
askthelovbutnotAnswer

Shigaraki:…. I don’t think anything’s happened since Halloween, except him bugging me a lot more. He’s usually always on his phone or asleep somewhere. It’s annoying especially when he just teases me, it pisses me off.

Toga: I don’t really have a opinion on it, but Rey and Finn are cute in the new ones!

Dabi: I’ve only watched the originals and I thought they were good.

Shigaraki: I binge watched all them with Dabi one time, I like those bear things… What were they called..?

Shigaraki: Yeah! Those guys, I love them. And I’ve only watched the first one of the newer ones, just wanna say I said Kylo was hot from the start. Way before everyone seen that shirtless scene or whatever.

Jin: Yeah Tomura went to go see that one with my when it came out. I guess I like it!

How old are Hiccstrid when they get married? 24.

What are their careers? Hiccup: Viking historian. His area of concentration is Norse mythology (and yes, he believes in dragons). He went to grad school for a few years, but took a permanent break while in his dissertation stage because he wanted to be a stay-at-home dad. He’s happy to work part-time at a local college (he mostly teaches online classes; sometimes evening classes, too). He also writes for an academic Viking blog and is working on a book. Sometimes he gives museum tours for some extra cash around the holidays. When the kids are all school-age, he switches to teaching high school Norse history (they’re on Berk so this is the U.S. equivalent of American history).

Astrid: Fitness coach. She works at a local gym and gets a promotion to being assistant manager. She works one-on-one with clients, teaches a women’s self-defense class, and holds axe-throwing workshops. During the summer, she also runs a girls’ volleyball camp for teen girls. She’s all about girl power, but she’s also open to training men. On more than one occasion, men have looked at her and asked for a different personal trainer because they thought she was just a pretty blonde who didn’t really know her stuff. This pisses Astrid off more than anything.

What’s Hiccup’s real name? Henry. He hates it, so he starts going by Hiccup after reading a myth about a boy named Hiccup who trained dragons. This was when he was 6 and after months of insisting that everyone call him Hiccup, the name just stuck.

How many kids do Hiccstrid have and what are their names? Three. Nuffink “Finn” Henry Haddock (Astrid insisted on making his middle name Henry after Hiccup). Ingrid Hertha Haddock (Hertha means “powerful woman”; also, Hiccup wanted to name the baby Astrid, but she said no so they compromised and chose a similar name). Erika Zephyr Haddock (named after no one in particular, but still loved).

How old are they when they have their first baby? 27.

Shigaraki: And thank you, I’m trying to get more into them. Toga’s helping with that, she was super excited when I started wearing them, she said and I quote “A new model for my outfits!” Which sorta scares me.

(his cape is totally red on the outside)

This AU Is Very Act Of Gore Of Course “Divine!Sans” AKA Dust!Dust Is More Dangers And Warning With AU Brother Of Classic Dusttale, of course Miss,M AKA Dust!Dust Madisson Was Only Female Skeleton To By Alive On Hide Zone Of Demonic Dusttale2 But She Very Good On Warroir(with gore) and more curiousity to found “Divine!Sans” Of Divine Want Her EXP But From Another Him Get And Have Her On Side….

My Version DustDust(only don’t attack or judge me i did warning you!) by Me

Art,Oc & Ghost puppet (GP) au by me
Please don’t trace,repost or claim my art as yours 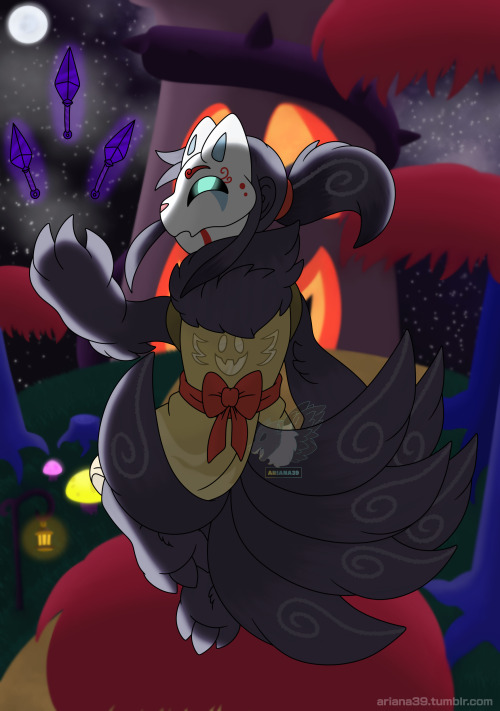