My dream about Minho and his cats. 🐱

I had a dream, what I was a fourth Minho’s cat. I wanted a sleep and lay down nearly. 😴😴 But this mischievous boy didn’t let me sleep!!! 😣 He turned on the broadcast and started squeezing me. I was angry!!! 😠 😂😂😂

Rainee and I went to the countdown store for my ice block, but I wasn’t mad today okay!

Since others are doing it, I thought it might be fun!

The Rangers were the first hockey team I ever heard of, growing up in the northern NYC suburbs, so I still have a sense of loyalty from that, I suppose. Not a fan of the front office, but I’m excited to see all the young players! 💙

I only really got into hockey after I moved to Dallas (an obvious hockey city, I know), which is why I have to rank them first though. 💚 (I think you only learn which team you like more than the other when they play each other. 😂)

Montreal is here in third, but I could not tel you why. It must be the French-Canadian thing. 🤷‍♂️

So uh I kinda just started doing this some random day last spring. So I wanted to slow down and take a minute to introduce myself and say hello to y’all!

Oh gosh, sorry I took so long to post this; when I first saw it, I just skimmed and thought this was a long-reply ask so I’ve let it alone for a bit, but DERP it’s you being wonderful and writing this lovely paragraph about me. Thank you <3 <3 This is so so sweet!! <3 I try my best to be a place for people to come and just enjoy themselves. I’m happy that you enjoy it as well!

Thank you so much for this message!! <3 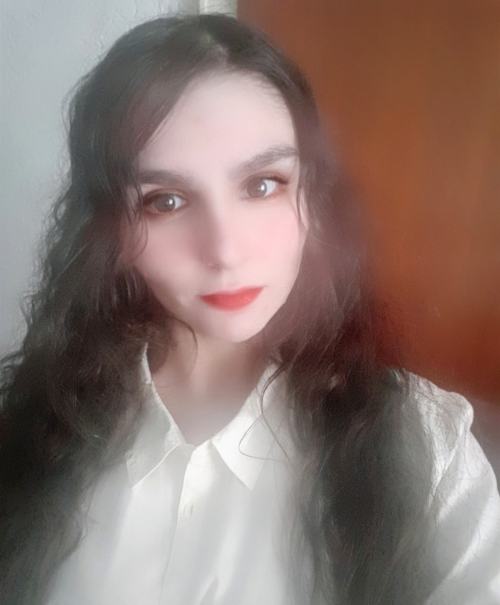 Normalize cuddling with your homies!

If a year ago someone told me one day I would have 100 followers on my blog, I would’ve thought they were joking.

every day I have to go to work, is a day I’d rather stay home and cry

Thank you for the tag @sparklingrainbowdragon

Rules: Tag 10 other blogs you want to learn more about!

Name: I feel quite uncomfy giving out my actual name at a public place like Tumblr. Sorry.

Starsign: Aquarius and Sagittarius, but mostly just a Sagittarius. Not going to get into the reason why.

Average hours of sleep: 4, 5 hours. Too little, thanks to stress, overthinking at times and just not being able to fall asleep. This happens what… 24/7? Mainly due to college and what has been going on at home for almost four years now.

Last thing I Googled: Reckless 4 by Cornelia Funke. Can’t wait for the English version’s release this autumn but now that I briefly looked at reviews from Goodreads I’m kind of worried about the story’s plot. I still plan to get my hands on that novel though, given the MirrorWorld novel series is one of my most favourite series.

Number of blankets I sleep with: Just one, although I’d love to have a throw – blanket for myself.

These are my favourite fictional characters listed in no particular order but we all know who my number one is, I mean just look at my blog-

#1. Vaati the Windmage; I honestly can’t believe I’ve been obsessing over this villanous windmage for.. Almost a decade now. Like, holy shit.

#2. Octavo the semi – villainous bard which kind of looks like Vaati; I lost it when I saw playthrough clips of him.

#9. Molotov – something, also from the Reckless otherwise known as MirrorWorld novel series.

#11. Geralt of Rivia the Witcher, from Andrzej Sapkowksi’s Witcher novel series, The Witcher 3 Wild Hunt and Netflix’s the Witcher.

#13. Legolas Greenleaf the Sindarin Elf Prince, from The Lord of The Rings novels by J.J.R. Tolkien, The Hobbit movies and the Lord of the Rings movies.

#14. Thranduil the Elvenking, from the Hobbit novel by J.R.R. Tolkien and the Hobbit movies.

#15. Lindir the Elf, from the Hobbit movies.

#16. Gandalf the Grey from the Hobbit and Lord of the Rings novels by J.R.R. Tolkien, as well as from the movies.

#18. Jamie Fraser from Diana Gabaldon’s Outlander novel series as well as from the TV series based upon the novels. As you might or might not have noticed, I’m pretty fond of historical fantasy (Outlander and the MirrorWorld novel series).

#19. Aziraphale the Angel from Good Omens (novel and mini – series over at Amazon Prime)

#20. Crowley the demon, from Good Omens (novel and mini – series over at Amazon Prime)

#22. Loki, both from the Marvel Cinematic Universe and Norse Mythology.

#23. Twilight Link / Wolf Link from the videogame Twilight Princess (The legend of Zelda).

#24. Spyro (mostly Cynder though) from the Legend of Spyro videogames

#26. Therion the Thief from the videogame Octopath Traveler.

#30. Sabrina Spellman from the Chilling Adventures of Sabrina.

Dream Job: English teacher. I doubt I’m  really going to settle with being a teaching assistant after I’ll have graduated my current vocational education teaching assistant level 4. If everything goes well that is and this pandemic doesn’t delay things which I need for my study much further. I’m not too sure yet though, given a teacher has to deal with a lot of work pressure. Then again, that shouldn’t be a main reason to keep me away from becoming an English teacher. Besides, I assume I’m not going to be all that happy with teaching assistant as a full job soon. And with English teacher I get to lay my focus on the English language alone, along with my skills. That and I doubt there’s going to be a lot of maths involved. Honestly I rather pick a language (my second one) I’m good at, over having to know multiple things at once in order to assist children during Elementary school and middle school.

Random Fact: I’m self – taught when it comes to my secondary language, which is English. I’ve started self – teaching myself ever since 6, 7 years old. An age period during which people can still pick up new languages like an absolute sponge. After that our built – in ‘’talent’’ to learn new languages slows down a lot and becomes harder for us.

I actually managed to shock my teachers once I was getting English classes at grade five of Elementary School; they weren’t aware of the fact I already knew most English words I would be taught during those classes at the time and could already hold small conversations.

Nowadays I have a personal English language level of C1 Advanced, one level below the highest which a non – native can possibly reach with the English language which is C2 Master. I’d love to reach such a high level, especially if I’m going to decide to be an English teacher.

Although I have to admit my English skills overshadow those of my mothertongue, which I’m pretty bad at grammar wise. I also might have inversion due to my English level being quite high.

Coming back to this, my current college teacher of my English choice subject actually said my writing is way too advanced when writing things such as stories or letters. I have no idea whether I should take that as a compliment or not. Despite my teacher telling me more then once that they didn’t mean it in a bad way.

Do you have any other blogs? : No, but I would like to have another second blog? No idea how I have to do that though.

When did your blog reach its peak? : Err- whenever I post something MirrorWorld related?? Or LoZ related I think? I don’t know. It does every now and then.

What made you decide to get Tumblr: Various reasons really. I’ve had this Tumblr ever since 2013 / 2014 - ish I believe.

Do you get asks on a daily basis? : Unfortunately, no. Practically I hardly get any. But that’s fine I suppose.

Why did you choose your URL? : Simple. I’m /that/ obsessed with Vaati.

One day you will wake up in the morning feeling calm and content in every corner of your body. you will spend the day doing things that remind you that your life is not perfect, but its little details make it wonderful all the same. you will visit places you’ve come to love, the little bakery, the library, the old bookstore, and the park, where you have picnics every weekend. you will paint often, read piles of new books, take candid photographs, bake your own bread, make your own strawberry jam, and write your own stories. your home will be cozy and welcoming, with plants, cushions, warm lighting and a fluffy cat that sleeps on your lap. there will be flowers and fruit trees in the garden, and a seat where you can read and watch the clouds, surrounded by sunlight and the sounds of nature. the things you once cried about are so far away in your memory that you barely think about them anymore. and you will sleep at night to ease the good kind of tiredness, the kind you feel on summer evenings after a day at the beach.

once upon a time i was a vampire diaries blog

am i embarrassed by this? no

With Joe is from yesterday and with Julian is from today :) 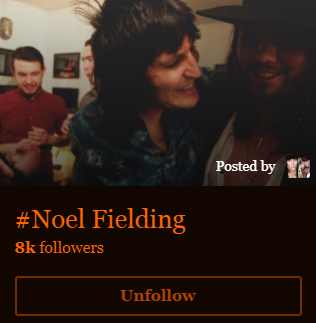 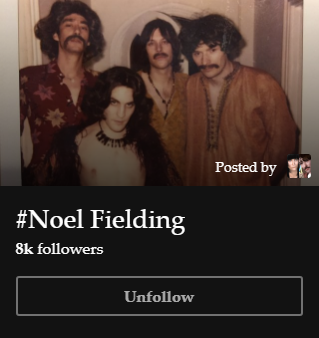 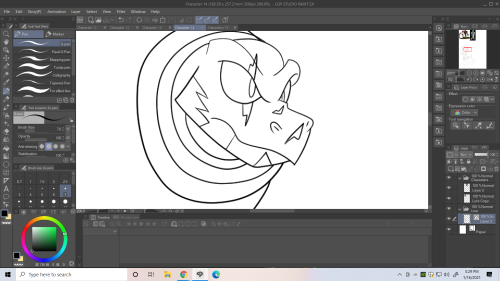 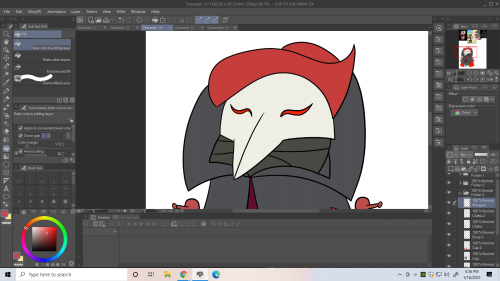 🌸My first entry! Just got set up! This is going to be my side blog for some thoughts I wanted to flesh out into words.🌸

I don’t really know where I’m going to start but I’m happy to have at least gotten the space set up.

So here a story of me stand up to a racist bully that was picking on one of my coworkers. How I didnt just fired IDK but I’m glad I did this.

I got a story but it’s kinda long. So this happen about 5 years ago. My work had a EDR cook (employees designated rest area) who is a young redneck racist & bully. Well he started picking on one of my employees (we’ll call him Bob). One day the redneck told Bob “to come out of the closet” and call him a fag. Well I found out when I got back from PTO that he was saying this mean thing to my employee and that upper management hadn’t discipline the redneck for his actions. So I decided to take things in my own hands. Later that night the redneck came to the back kitchen that’s when know I could strike. I walked up into his face and flick a matchbook right at him. Then told him to “go fuck his sister in that outhouse and burn it down because we dont need trash like you here”. I then walked away. One of my employees told me that he started crying and asked if he could home. I found later that week he was fired for being racist. He tried to file a complaint against me but it backfired on him and my work fired him.