“Did I drive you away?

I know what you’ll say

You say, oh, sing one we know”

So Into You - Atlanta Rhythm Section

“You walked into the room, there was voodoo in the vibes …”

#atlanta rhythym section, #so into you, #my heart, #spotify, #vibes, #voodoo
0 notes · See All
nixxiemText

The 100 finale and the return of The Walking Dead in one day! My heart can’t cope! 😱

I have a scene in my head where Kara gets off balance narrowly avoiding a cowpat, and nearly tips into the slimy and smelly retention pond when Lena whips a hand out to catch her by the arm.

It’s one of those moments where reflex is sharper than the rest of her body, like, her heads a split second later but she definitely catches Kara blind, and her grip is strong and sure, not faltering for a second.

Kara blinks at her near miss, and gets her feet back under her with a slightly embarrassed nod. “Thanks.”

(She’s entirely turned on by the strength and warmth of Lena’s grip, even through Lena’s gloves, which doesn’t help her sheepishness any.)

Lena lifts her chin in acknowledgement.

“Next time, just step in the cowpat.”

#supercorp, #ranch hand lena, #sometimes i wish i could draw, #this is a scene i would totally draw, #so vivid in my mind, #my heart, #kara being turned on is hashtag relatable
23 notes · See All
skamismText

I’m gonna be doing some volunteer work on a farm today and I’m so excited.

#they have goats and horse and ponies and so many animals, #my heart
0 notes · See All
alt-ered-st-ateText

To all the scum who is saying evil shit to chrissy teigan and John legend, i have three words for you…

This is true. He probably was also reluctant to fall asleep in the arms of someone who wasn’t his father. I bet Din can get him down pretty easy when he takes off that pauldron and rocks him. (🥺)

#my HEART, #din djarin, #peli motto, #the child, #the mandalorian, #you have spoken
3 notes · See All
taebbPhoto

he is so cute

Ginny, listen…I can’t be involved with you anymore. We’ve got to stop seeing each other. We can’t be together.”

She said, with an oddly twisted smile, “It’s for some stupid noble reason, isn’t it?”

“It’s been like…like something out of someone else’s life these last few weeks with you. But I can’t…we can’t…I’ve got to do things alone now.

“Voldemort uses people his enemies are close to. He’s already used you as bait once, and that was just because you were my best friend’s sister. Think how much danger you’ll be in if we keep this up. He’ll know, he’ll find out. He’ll try and get me through you.”

“What if I don’t care?” said Ginny fiercely.

“I care,” said Harry. “How do you think I’d feel if this [were] your funeral…and it was my fault…”

She looked away from him, over the lake.

“I never really gave up on you,” she said. “Not really. I always hoped…. Hermione told me to get on with life, maybe go out with some other people, relax a bit around you, because I never used to be able to talk if you were in the room, remember? And she thought you might take a bit more notice if I was a bit more — myself.”

“But you’ve been too busy saving the wizarding world,” said Ginny, half laughing.

“Well…I can’t say I’m surprised. I knew this would happen in the end. I knew you wouldn’t be happy unless you were hunting Voldemort. Maybe that’s why I like you so much.

~ Harry Potter and The Deathly Hallows

there’s a reason we always end up going back to each other. i think we both see something special in one another that maybe we both haven’t seen in anyone else before or experienced with someone else before. there’s obviously a positive reason why, i know i haven’t been perfect i have made minor mistakes and i do genuinely apologize i am better and i’m continuing to get better in hopes of if given the chance again to make you happier then i ever have before. Ik you’re kinda talking to someone else and i in no way wanna take that away but for whatever reason if you don’t see what you’re looking for or it doesn’t work out id gladly see where things go with us again. ultimately i just want what’s best for you and as long as you’re happy i’m happy you know that’s all i ever cared about was your happiness.

The fact that Joaquin named his son River melts my heart ❤❤

I Am making a formal request to Ambassador Mr Jeon Jungkook of BTS: Please Put Your Tits Away, Sir.

#bts, #jungkook, #i cant do this again, #my heart
6 notes · See All
bathaliacText

#fuck you, #myhead, #my heart
0 notes · See All
apparentlyfivebelieversPhoto 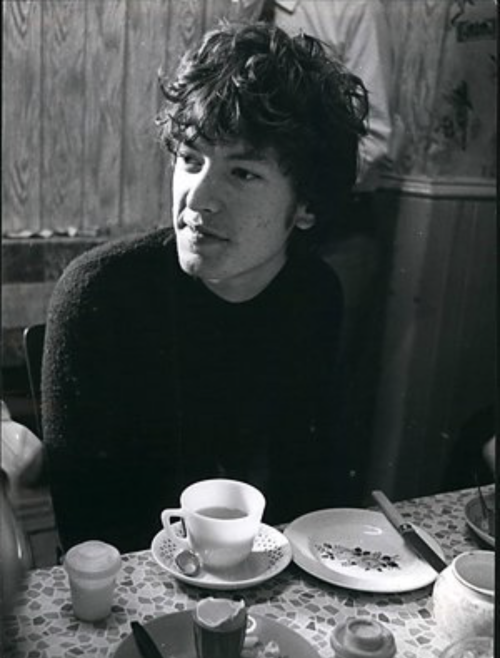 But they FINALLY did make his death mean something. I LOVE that Octavia carried on his legacy. And THAT ENDING otherwise IS PERFECTION SHUT THE FRONT DOOR!!

Was it what I wanted? No. Do I still feel like there was a CRIME committed regarding Bellamy Fucking Blake and CLARKE GRIFFIN and bellarke and their POTENTIAL THEY BUILT FOR 6.75 YEARS!!?? Yes. But.

MY HEART NEEDED THAT ENDING OMFG💙

Murphy and Emori and Miller and Jackson 💙💜💗

Oh god this scene is gonna kill me 😩

I just need to feel. Something. Anything! Living stagnant is no life.

#need to feel, #my heart, #feelings, #stagnant
0 notes · See All
Next Page