school really trying to kill me

Yes hello, I made Aoyama fanart today. I’m very proud. His other arm looks really damn weird but Y'know what I’m okay with it

Iida: Do you ever want to talk about your emotions Shoto?

Eri from My Hero Academia is pure! ^^

Requested by an anon~ 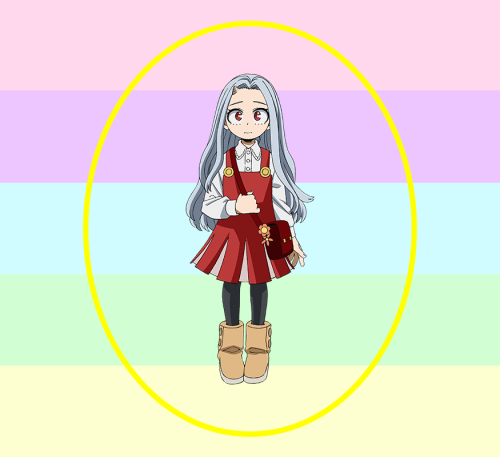 boutta do an imagine where its the TMG podcast, but its just kaminari and kirishima

-Reader is very friendly, and has a Quirk called Hellhound-

“Again, not to freak you out or anything…”

His voice came out like a squeak, low and quiet and almost drowned out by the ambient noise of the wind through the trees. Izuku Midoriya stood in a small clearing in the middle of a forest, or a park, or whatever you wanted to call it. It was probably a good few hundred acres in size, filled with trees nearly as tall as some buildings in the cities, and wilderness as far as the eye could see stretching out on all sides around him. The shadows of the trees were long, and growing less stark on the ground as the sun steadily dropped down below the horizon, and was mostly blotted out by the trees themselves. Little but a few dozen slivers of orange light were managing to break through here and there, and they were soon to die out as night settled in. The sky directly overhead was already an indigo color turning quickly midnight blue.

And in that massive, dense, quickly growing darker forest- he was completely alone.

Izuku wrung his hands together in front of him, shifting back and forth on his feet a little and fidgeting as he glanced around at his surroundings, turning in a tight little circle as he scanned the bushes and the trees for any sign or sight of… well, anyone.

He wasn’t exactly sure what had happened to have him alone now and with no sign of anyone close by, or any real sight of some way to find his way back to camp and back with his class and his Teacher. There had just been… well sort of a rush. One minute he was with his team (comprised of Ururaka and Iida), doing their best to make their way through the forest and back to camp in the time they had been allotted. And then out of nowhere there was a rush of conflict between them and Kacchan’s own team and a band of the automated (or hired?) enemies that Mr. Aizawa had set loose over the forest in order to test them in combat and survival- as well as adaptability.

And those enemies were ridiculously persistent, and there had been so many of them all at once. That was chaos in itself as he and the rest of his team did their best not to get captured, but the chaos intensified as Kacchan’s team suddenly popped into the picture. And a few minutes of deafening explosions and the forest turned into a warzone unlike any other later- Izuku had lost track of everyone involved. And by the time things calmed down enough and his ears stopped ringing from the explosions, he found himself here and with no one in sight or even in earshot. And now after all of that he was so turned around he really hadn’t the slightest clue which way was the right way back to camp, and being alone he had no one he could ask…. plus it was getting dark.

“…. this isn’t good….. where did everyone go….? I can’t believe we got separated that fast….” He mumbled to himself, his eyes scanning the brush and the trees. He frowned to himself, his hands wringing together more firmly. His hair shift in the stiff breeze blowing through wood, slowly getting stronger as clouds crept in over the forest from the edge of the sky. The scent of rain on the air was faint but certainly getting stronger, and it wouldn’t do to be out here in the dark and the rain all alone.

“…. I’m totally lost….” Izuku mumbled softly, grimacing as he took a few tentative steps forward- only to halt when he was reminded that he didn’t know if that way was the right way. His hands unhooked as one of them moved up and his fingers brushed against the underside of his nose, his eyes narrowing in thought.

There was a very loud and audible snap of a branch somewhere behind him, and he stiffened, his heart leaping into his throat as his eyes went wide as a feeling of panic and danger hit him straight on.

What was it? Another of the enemies? One of his classmates? A wild animal?

Don’t worry, I didn’t forget about these three!!!!

There’s a black market exclusively for human trafficking where quirks are the primary interest. Slavery, underground quirk fighting, and crime are commonplace. What happens when on the way back from supplemental classes Todoroki and Bakugou are kidnapped for the black market?

inko wanted to get those pesky bangs out of her face so she could kiss her more easily ;; 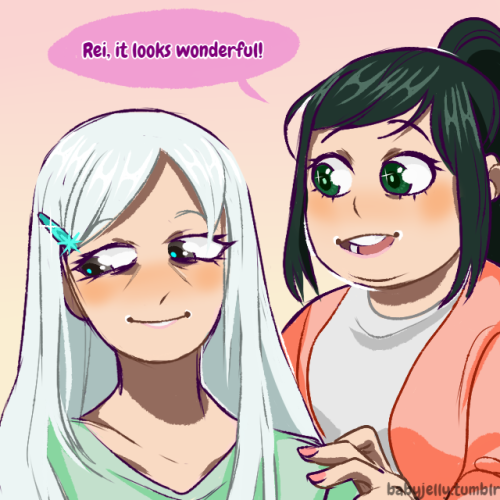 ↳ be selfless. be determined. be courageous. be feared. The hero we need 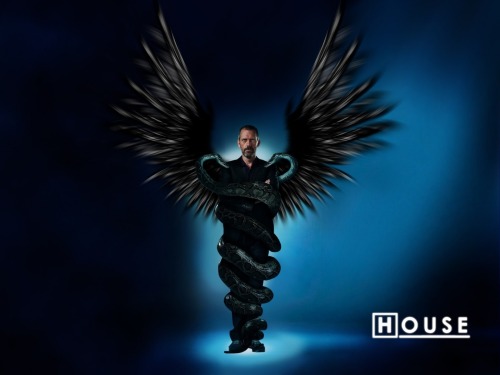 We just wanted to hop in and say thank you for 100 responses from our interest check! The form will be open until April 20th! 😋🐸

Feel free to fill out the form here: https://docs.google.com/forms/d/e/1FAIpQLSeQ3zSaQPYK3jRmbkhxHRh0IBxPJExOqJ_YOv82u9FtDtFmtA/viewform?usp=sf_link 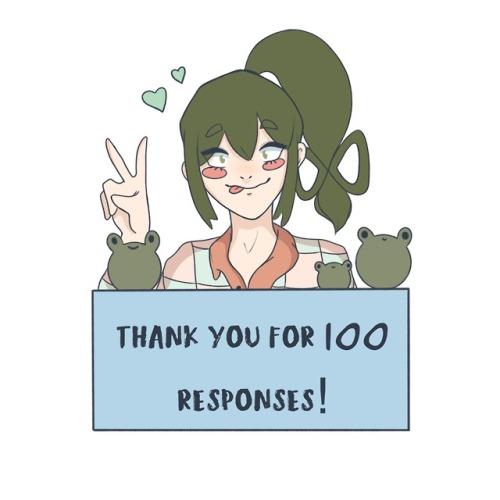 Chapter 19 of Skin and Bones will be out Friday this week! This chapter’s over 4k words so get ready for that lol

Full credit to @pockyiistick on Instagram! Please go show her some love!!! 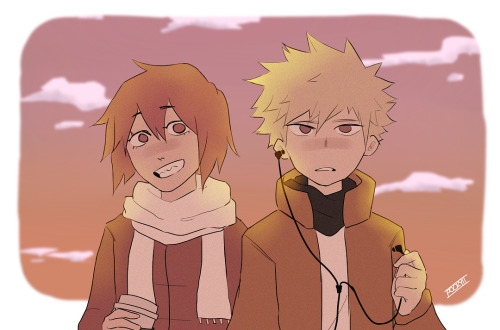 recent commission i did for @/MatchaSnorts over on twitter of their OC Shouko with Miruko from BNHA. Thanks for commissioning me! 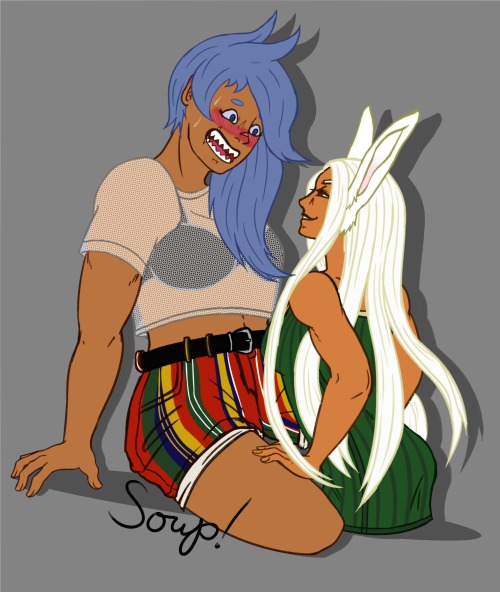