Why, yes, it is 8:15 in the morning and I have already decided that I will be having sushi for lunch because I have been craving it for about 2 weeks and haven’t acted on it. Fixing that shit T O D A Y!

If you are no longer attached to me…

It’s not because of you…

IT’S ALL I WANTED TO HAPPEN…

I just had a dream where I was at this guys house with his family helping them with something and he shows up with his boyfriend and didn’t know his family was there so I tried to help him come out the it was like a huge family party and they were all homophobic and I was talking them through things are they were starting to get it and then I told them I was gay and they immediately wanted nothing to do with it, so I had enough fighting and just left, but as I was leaving my dad was there and said some homophobic things to me and then started throwing firewood at me (I caught them) i don’t know where this came from cause my dad is super supportive, but I just woke up crying so ✌💀

I’m in so much pain from the RTA. Over 4 weeks ago now. My mood was ok, but then I found out something about the driver that I hadn’t been told before: he never came over to see if I was OK!

His van had a dash-cam so the police were able to take a look at exactly what happened from his point of view (and saw that the crossing was brightly lit, that I wore a bright orange jacket, and nothing was blocking his field of view!) It shows him getting out of the van after he hit me, going past me without a look, sitting on the side of the road, then getting back in and moving the van (illegal), to drive past me and park round the corner.

It was a witness who called for ambulance and police, and another driver who stayed.

There were lots of witnesses. It happened near a GP surgery that was just closing for the day-so doctors were already close by! How amazing is that?

I can understand the driver being scared or in shock, but he could have asked even someone else if I was OK.

If you hit an animal in the road, wouldn’t you get out and check it was OK? Wouldn’t you do something if it weren’t? This man treated me less than that.

The most he is going to get is a few points on his driving licence and a fine. I am in a brace for 12 weeks minimum and permanently disfigured.

I was laying there on the road for an hour while ambulance and paramedics helped. It began to rain. I lost a third of one ear and it bled badly. I’m told the blood was all round my head. My husband screamed when he got there.

I lay in the rain on the road having my coat cut off me, and the driver sat in his van in the warm and dry, waiting for the police to go talk to him.

I never felt anything hateful towards him till I knew this. This has affected my mood and I am fighting against it. I don’t want to sink. I hope I don’t.

I even asked if the driver was OK while I was lying there.

i’m graduating high school in 3 months and i have absolutely no idea what i want to do with my life. college definitely isn’t for me so that’s out of the question and yet when i see all these acceptance posts from my classmates i can’t help but feel a sense of jealousy. in a way i sort of feel like i’m being left behind, like they’re moving on to the next chapter of their lives while i stand here three chapters behind in mine. i feel stuck and i don’t know how to move forward. where do i go from here?

What exactly is music, the songs you hear on replay, the poems you read with your eyes open then close your eyes and open your heart and feel them, the tales you hear, the pictures that speak more than words…??? What are those things?

Music in my way to describe can be described and defined many different ways… The you reading without the so called masks and filters which have almost become a part of us, the real me making the person who I am disappear will know why you hear songs and listen to feel some music pieces.

Some hear the party and dance vibe because they all miss it in their real life while some play it to discover their own self, some just hear to make themselves console, while others like to hear the sad tales just to know they aren’t on the lowest and some are even lower than them, some like to hear R&B, while others like Raps and there are finally some who are too tired of words and don’t want them to be heard so they only listen to the music to let themselves go…

Some of you might even hear all and feel weird, don’t because I too listen to all and it feels different every time.

Someone said it true:

“ When you are high and happy only the beats travel to you (because the true lyrics then sound too faint), when you become someone lost and sad-the lyrics find you”

When you are happy and enjoying everything you are on your tiptoes moving and twirling all around in the air without knowing when the weight will become heavier, when the burden will start to weigh so that you walk properly on your feet and find that you were walking on broken glass and the rope you were holding onto starts to dig on your skin and you feel as if you are hanging not knowing when you will drop from that height and shatter…

Disclaimer: I don’t own any of the pics. Credits to the owner. 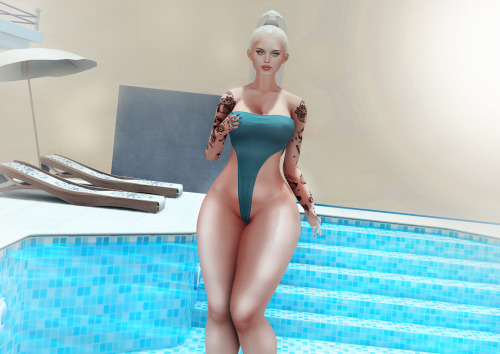 i need to get a new pair of glasses. my current pair is not blue light protective the constant use of technology especially for school has my eyes in a perpetual state of discomfort.

Yesterday I was looking through my camera roll and I noticed something that blew my mind.

We all the know the Hood, don’t we? The mean agonist and villain from TAG and we all know he bald. He doesn’t have hair. But he does have eyebrows (very thick ones I must admit).

If you take a moment to screenshot an image of him and look at the colour of his eyebrows, you’ll notice that they are black. We can then assume that he once had black hair. And that means that he is the only other main character — alongside Virgil — with black hair:

And now we must think that something must’ve happened between those two, when Virgil was a baby, to which Virgil’s hair changed colour dramatically from brown to black. I think it was originally brown because that’s what it was like in TOS:

But what do you think? I think something has to of happened in Virgil’s past but he doesn’t remember because it happened to him as a baby.

Let me know your thoughts :D

Challenge for a year starting in March:

If it doesn’t work this year, then it will work next year.

Lol 😆 I used to be called Ugly Betty before I even heard of this.